Palawan Named The Most Desirable Island In The UK Travel Awards 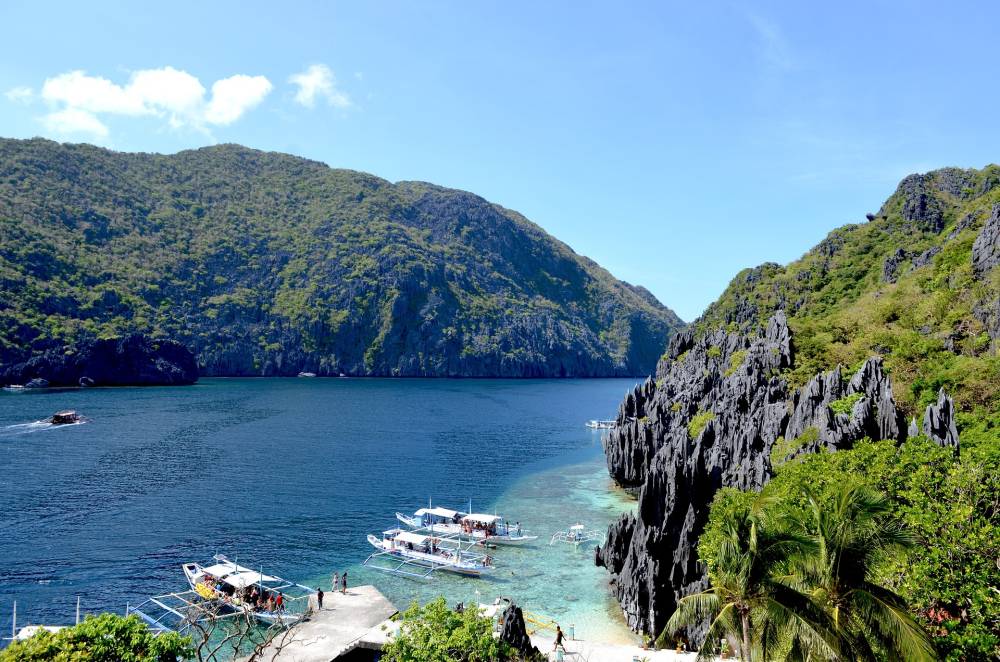 The scenery here is heaven on earth with sparkling waters and white sand beaches. One of the most photographed sites is Kayangan, a dazzling freshwater lake with spectacular rock formations above and below the surface. Elsewhere on the island you can explore one of the world's longest underground rivers, enjoy a spot of twitching, or fuel up with some delicious cuisine in the island's capital of Puerto Princesa.

Additionally, the country's Dive7 Program was ranked sixth out of hundreds of special entries in the Wanderlust Sustainability Initiative Category. This achievement was achieved through the Department of Tourism-Central Visayas Office.

The prestigious Wanderlust travel magazine, which is one of the longest-running publications in the United Kingdom and has been at the forefront of sustainable travel for the past 29 years, bestowed the awards on their deserving recipients on November 9th.

Cebu was also considered for the award of Most Desirable Region for the Rest of the World this year by the organization that bestows the honor.

These awards reflect the efforts to revive the tourism industry that are well underway especially because of the Marcos administration’s thrust towards prioritizing tourism development. Rest assured that we will continue with our mission to herald the Philippines and the Filipino brand to the world, and to ensure the continued sustainability of our islands.

At the most recent World Travel Market, which took place in London, Frasco served as the leader of the Philippine delegation.

Even at the height of the Covid-19 crisis, this country has earned a long list of recognitions, and these new awards are just the latest addition to that list.

The Philippines was also included on the list of the 40 Most Beautiful Countries in the World by Conde Nast Traveler in June of this year.

The publication specifically cited the remarkable cave system of the Puerto Princesa Underground River, the mysteriously uniform Chocolate Hills of Bohol, and the panoramic views of the Banaue and Cordilleras Rice Terraces as reasons for the inclusion of the Philippines on the list.

Boracay, Palawan, and Cebu were all included on the list of the world's 25 best islands that was published by the prestigious Travel + Leisure magazine the following month.

Since February 2022, the Philippines have seen an increase in the number of visitors from other countries, which currently stands at over 1.9 million as of posting.

One of the few places on earth that can be described as paradise is the province of Palawan, which is located in the country's extreme southwest. It also has a diverse array of plant and animal life, which it is very proud of. In addition to this, it is the only province in the Philippines that has never been struck by any significant earthquakes.

It has been ranked number one on the list of the World's Best Islands that is compiled annually by Travel + Leisure magazine. This achievement has been achieved in 2013, 2016, and 2017. The year 2019 saw Palawan finish in second place overall.

The largest island in the Philippine province of Palawan is Palawan Island. The South China Sea is to the north-west and the Sulu Sea to the south-east of the island, which is long and is the fifth-largest in the Philippines.

It is approximately 450 km long and 50 km wide. There are many stunning islands in this region of the world, but Palawan Island seems to meet the expectations of the majority of people seeking a genuine tropical paradise.

Despite being a well-liked travel destination, Palawan Island has not been developed, with its attractions relying solely on its unadulterated natural beauty. It has mountains, jungles, and an incredible variety of wildlife in addition to white sand beaches.

At the World Travel Awards, which took place in Vietnam in September, the Philippines was recognized as having the best dive and beach destinations in Asia, and the historic Walled City of Intramuros was named the best tourist attraction in Asia.