London - Discover The City That Was Once Called The Big Smoke

That is, at least, what most people think of when they think of the capital city of the United Kingdom and England.

But, beyond the iconic landmarks and everything that gives London its distinct personality and makes it one of the most popular tourist destinations on the planet, there is a whole world of unknown truths waiting to be discovered.

When most people visit London, they only see the tip of the iceberg and keep an eye out for British stereotypes, but there are many interesting facts about the UK's capital city that fly under the radar and very few people learn about.

So, we believe it is past time to do London justice by bringing some of these strange facts to light.

Buckle up because we're about to embark on a journey of rediscovery that will have you falling in love with London all over again.

London is a fantastic city and it's no surprise that London attracts millions of foreign tourists, students, and permanent residents each year.

Its long and fairytale-like history is visible in everyday life through architectural marvels, cultural and social diversity, and unbelievable stories.

We bet you don't know everything there is to know about the capital of the United Kingdom.

Scroll down to read some interesting facts about London that you might not have known before.

The Smoke Or The Big Smoke Used To Be London's Nickname

These names first appeared in 1874 and quickly became popular among rural visitors to London. 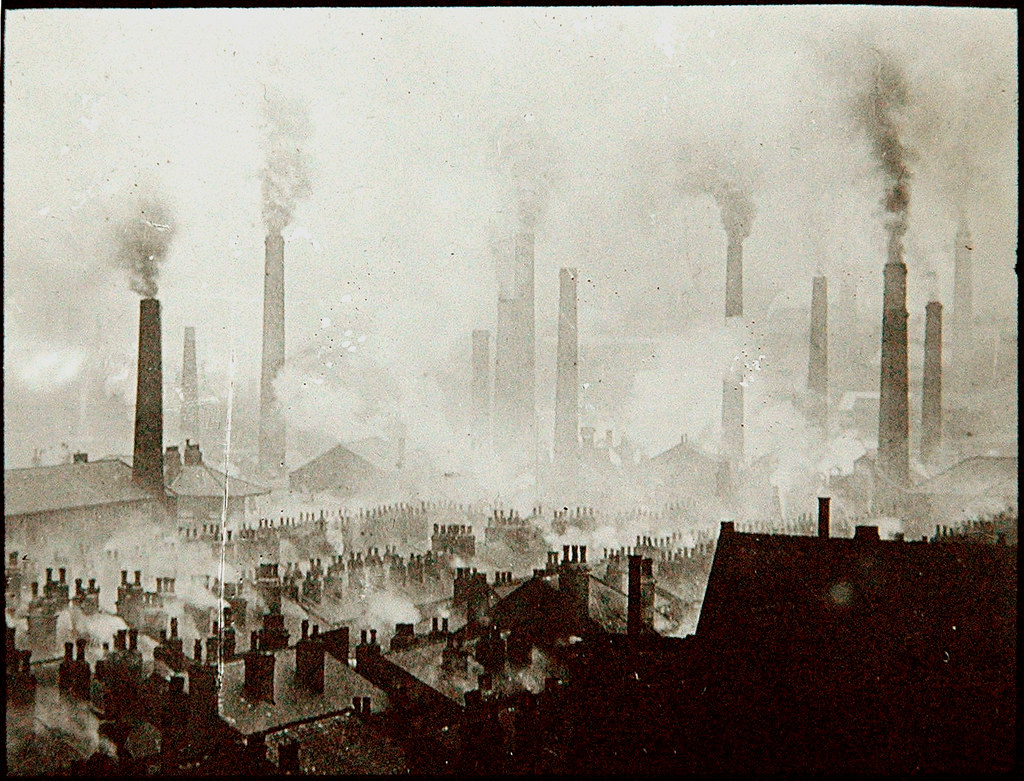 London covered in smoke due to burning of coal

As country people approached London, they noticed thick smoke enveloping the city due to coal burning.

The city's air pollution was getting worse by the day.

Clouds of smoke used to cover the entire sky of London in 1952 and linger in the air for several months.

The majority of Londoners experienced breathing difficulties and skin allergies as a result of it.

London Is Actually A Forest

London has long been lauded as one of the world's greenest cities. 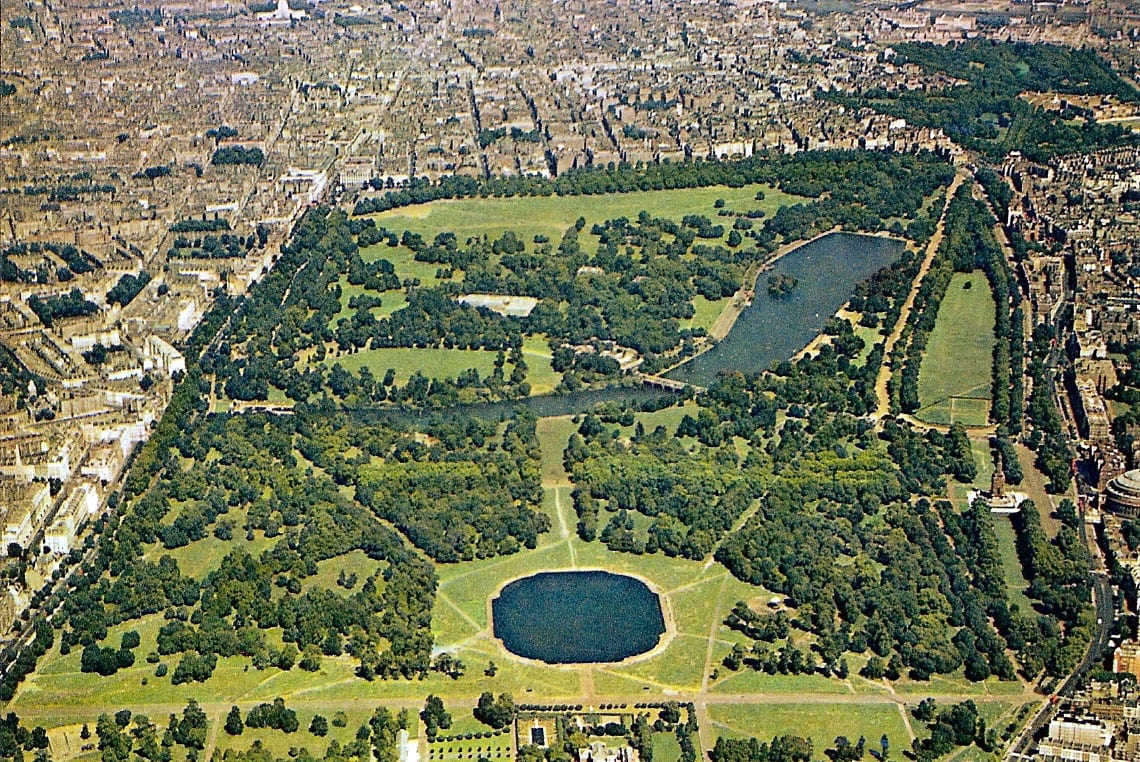 The green space in London

It's no surprise, given that the capital is known for its beautifully manicured parks and gardens, as well as vast stretches of green space.

But who would have guessed that the city is so lush that it can technically be classified as a forest?

The Tower Is Not Called Big Ben

It's a common misconception, but Big Ben is not the name of London's iconic Tower. 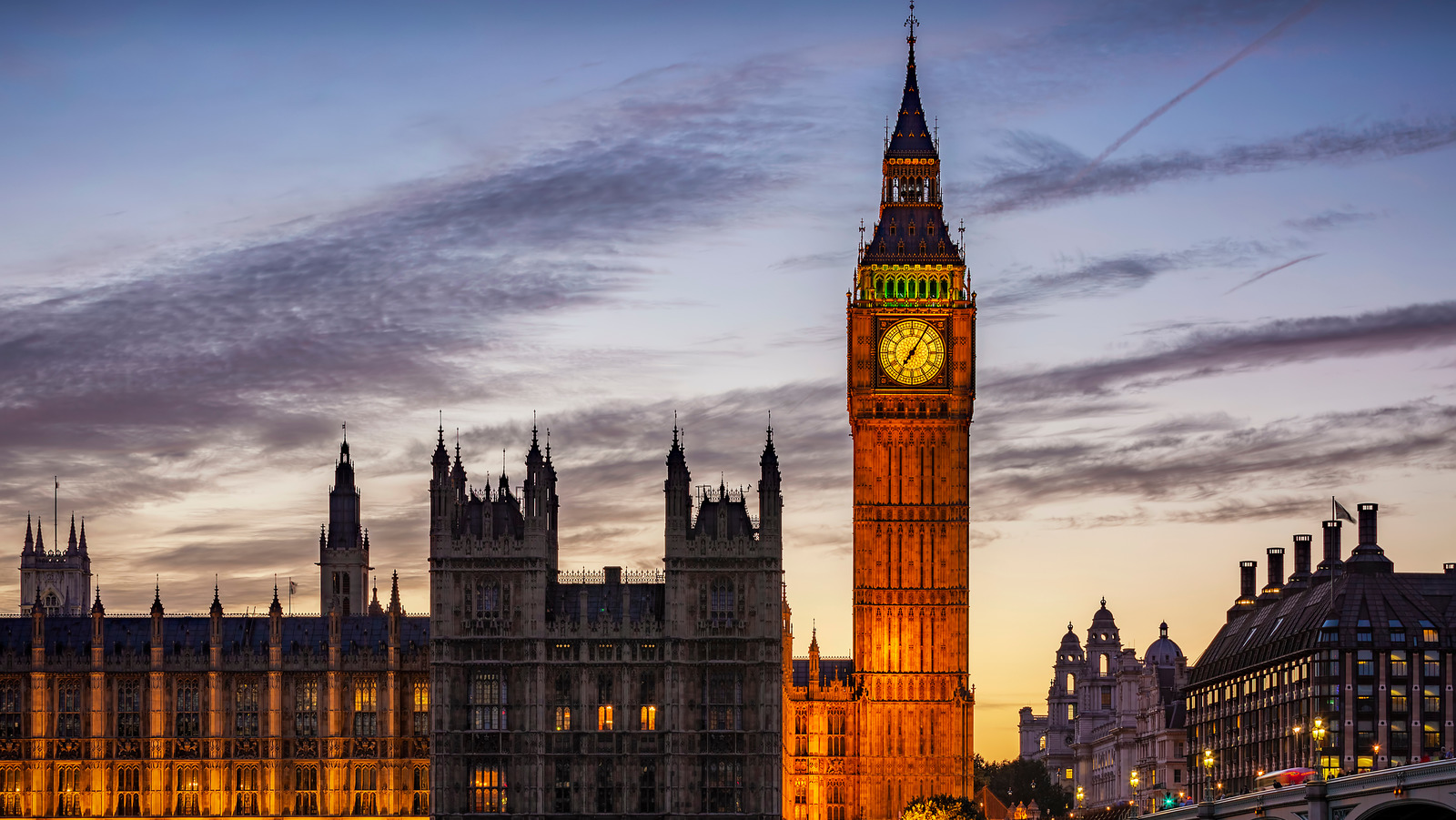 An aerial view of the tower

Big Ben is the name of the clock in the Tower of London.

Even today, locals refer to this location as the Big Ben tower.

The tower is located at the north end of London's Palace of Westminster.

The object was renamed Elizabeth Tower in 2012, but it was previously known as the Clock Tower.

Yes, you read that correctly.

What you think of as London is, in fact, a small urban area within the Greater London region.

London is only 1.2 square miles in size and has a population of about 7,500 people, as a result, the city of London is the smallest in England.

Greater London, on the other hand, is an English region that includes surrounding towns covering 606 square miles and housing over 8.7 million people.

There Are 170 Museums In London

London is a significant cultural and historical center, and museums could not be overlooked in this regard. 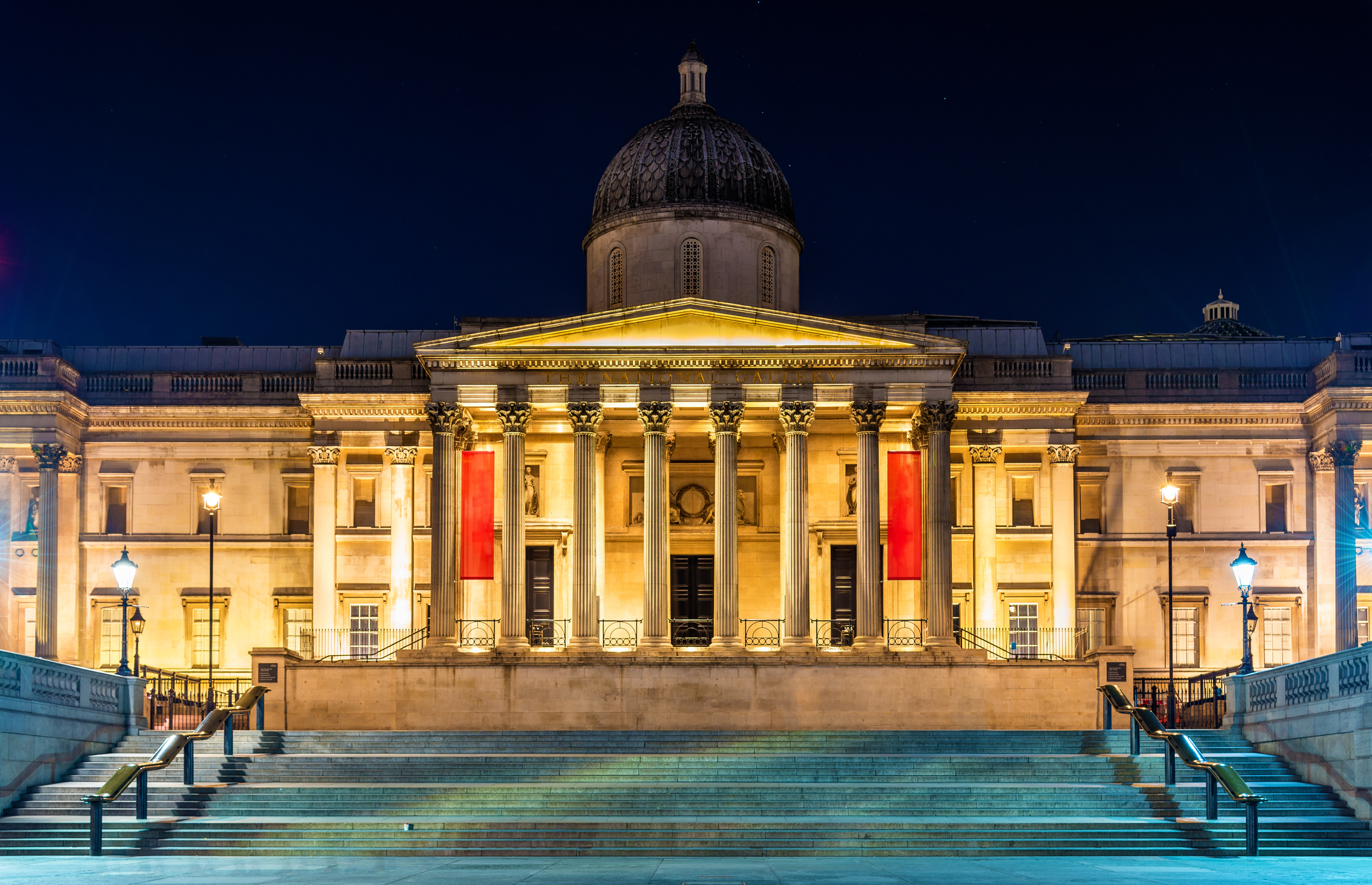 A museum in London

If you get to visit this wonderful city, you will definitely miss out if you do not stop by one of them.

London Is Home To The World's Smallest Statue

The smallest statue in the world is one depicting two mice eating a piece of cheese. 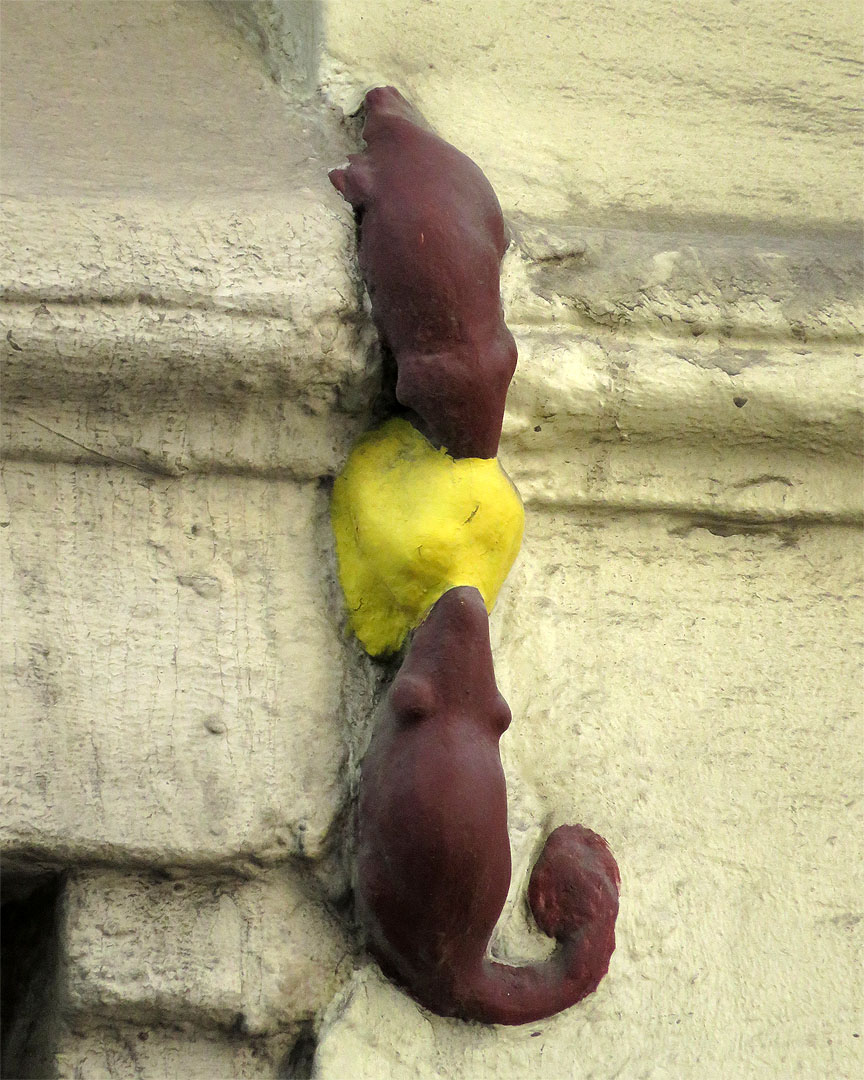 A statue of 2 mice eating cheese

It's so small that you have to pay attention or someone has to point it out to you.

You're probably wondering what it means but the backstory is quite intriguing.

According to legend, the statue was erected to commemorate two builders who got into a fight after accusing each other of eating their meal.

Both died, and it was later discovered that mice had eaten their meal.

Parliamentary Death Is Not Illegal

The story that it is illegal to die in Parliament is a complete fabrication. 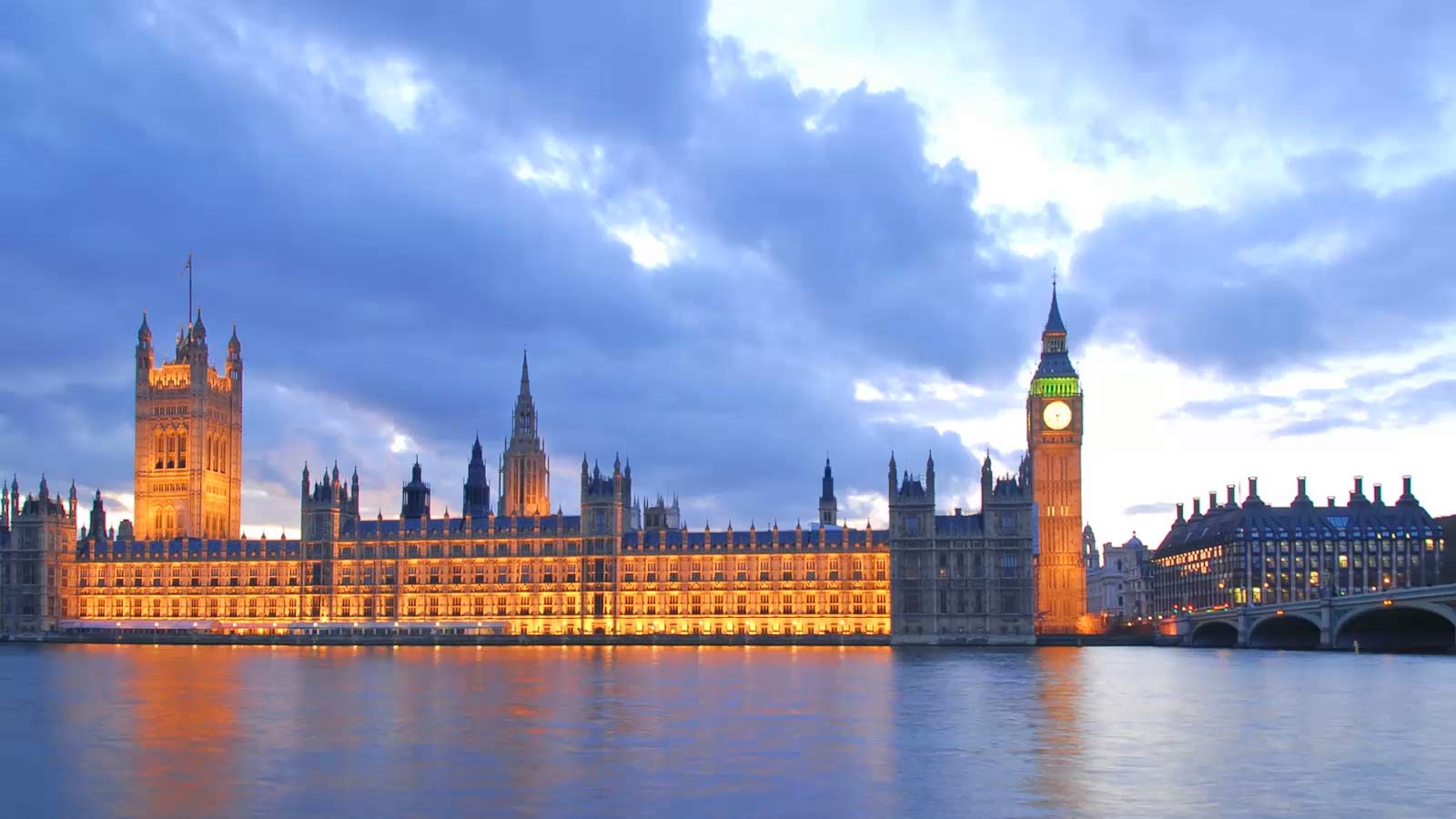 A stunning view of Parliament House

Its popularity has frequently been regarded as concerning, and authorities have attempted to persuade people that there is no such restriction.

Some people were also curious about what had given rise to this belief.

This myth is said to have originated from the belief that anyone who dies in the Royal Palace is eligible for a state funeral.

However, wearing armor suits to the Parliament Houses in London is not permitted, and this is not a myth.

London Is Home To Over 300 Different Languages

There is hardly a more diverse city in the world than London. 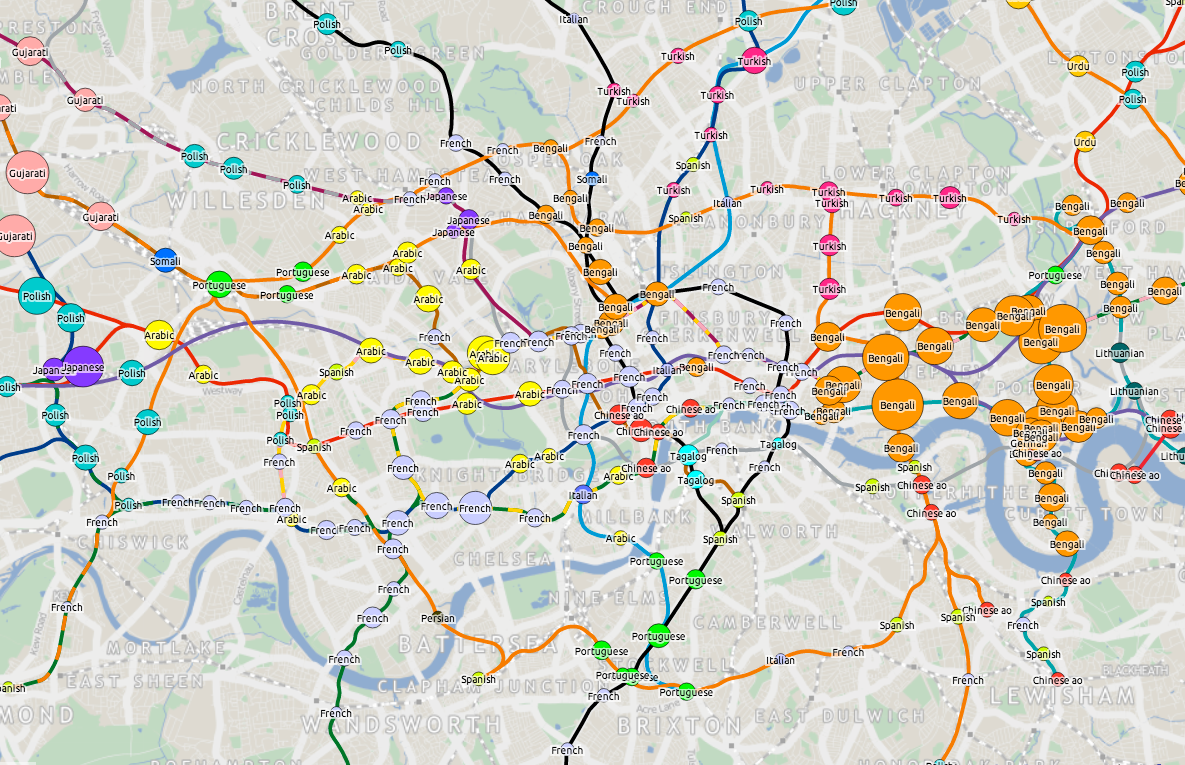 Expats of various nationalities make up a sizable portion of its population, which totals around 8.7 million people.

They keep their traditional customs and communicate in their native language.

Because of London's incredible diversity, it is estimated that over 300 languages are spoken there.

If you're visiting London, chances are you'll be able to communicate in your native language.

The Meaning Of The Name London

What you think of as an amazing city today has a long and unknown history. 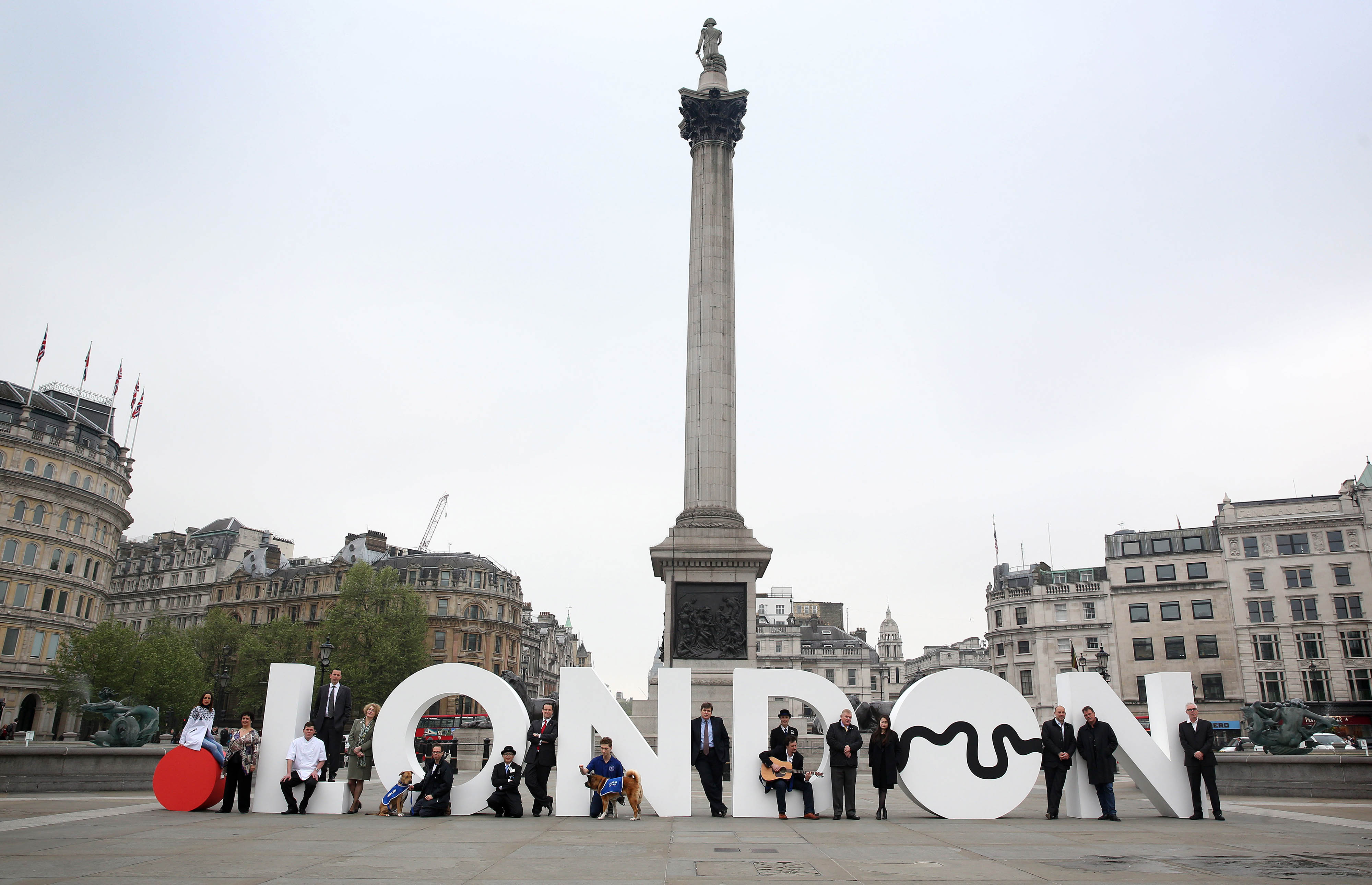 People posing on camera with the word London

Some long-held theories hold that London was founded by Romans around 50 AD.

The origin of its name is also a mystery and London was known by various names throughout history, including Londinium, Ludenwic, and Ludenberg.

The most widely accepted explanation is that the name London is derived from the old Celtic word "Londinous," which means "brave."

Houses Of Parliament Is The Largest Palace In The United Kingdom

The Houses of Parliament, also known as the Palace of Westminster, is one of London's many architectural landmarks. 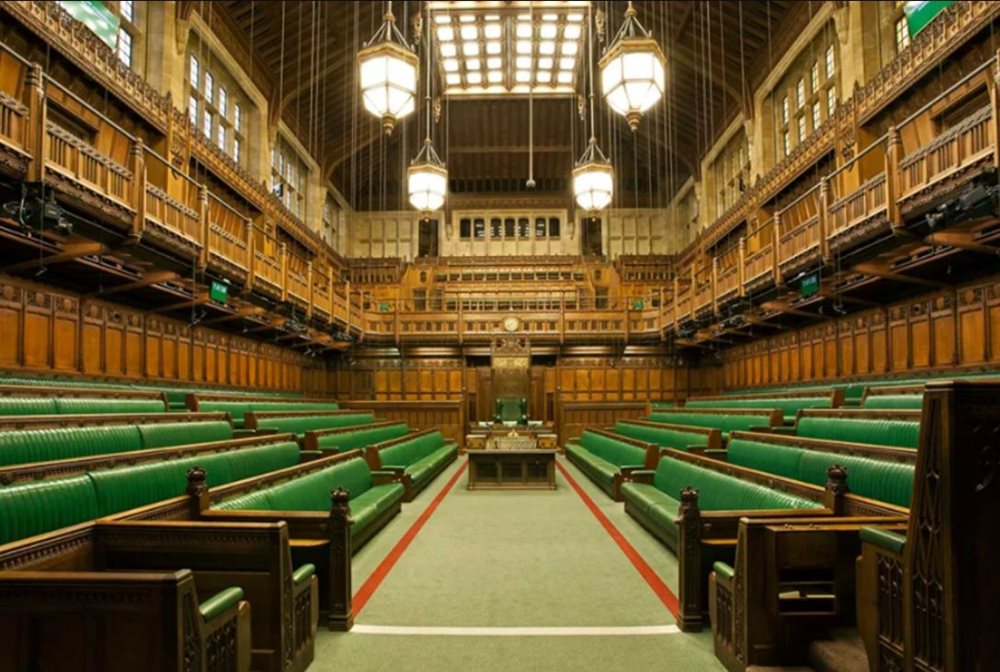 Inside the House of Parliament

The object, which is regarded as the largest in the country, was first constructed in the early 11th century to house the King of England.

Unfortunately, a fire in 1512 destroyed much of it, and another fire in 1834 caused even more serious damage.

The only medieval structures that have survived are Westminster Hall, the Jewel Tower, St Stephen's Cloisters, and the Chapel of St Mary Undercroft.

Not All London Buses Were Red

The most common thing that comes to mind when thinking of London is red buses. 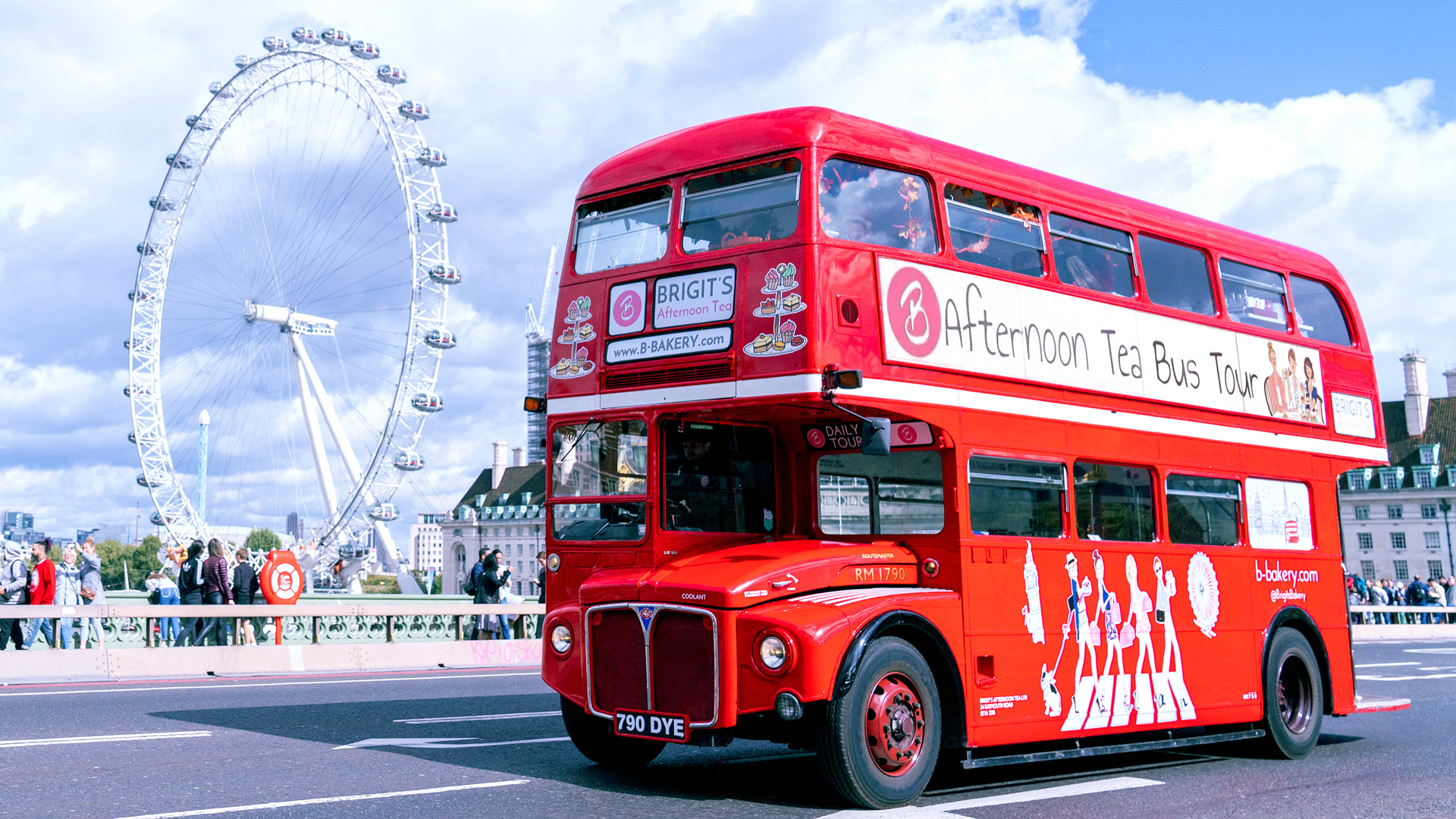 The red double decker London bus on the road

The iconic vehicles were not always this color and each of them used to be a different color, with each color representing a different route.

In order to stand out from the competition, the largest bus company in London, the London General Omnibus Company, decided to paint their buses red in 1907.

Ever since London buses have been red.

Becoming A Black Cab Driver Is Not Easy

To work as a taxi driver in most countries, you only need a driver's license. 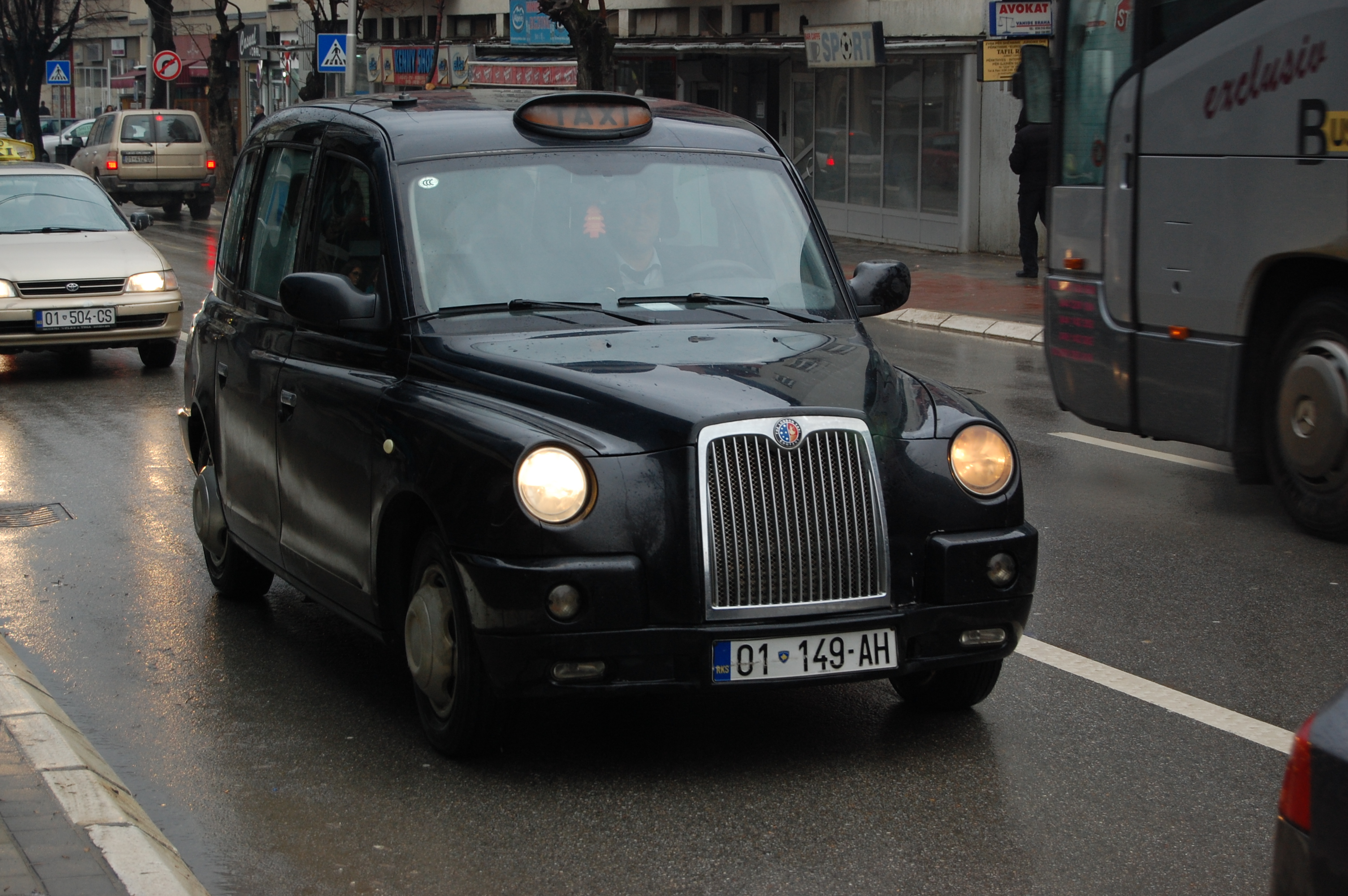 A black cab driver on the road driving in London

However, this is clearly not the case in London, the black cab drivers you see all over town go through extensive training before being hired.

The training typically lasts 2 to 4 years, and candidates must memorize every street in London.

Furthermore, they must be able to make quick assumptions about which route takes the least amount of time from one location to another.

It's easy to see why they charge such high fares now.

The Shard, located in Southwark, Central London, is the tallest building in the EU and the fifth tallest in Europe. 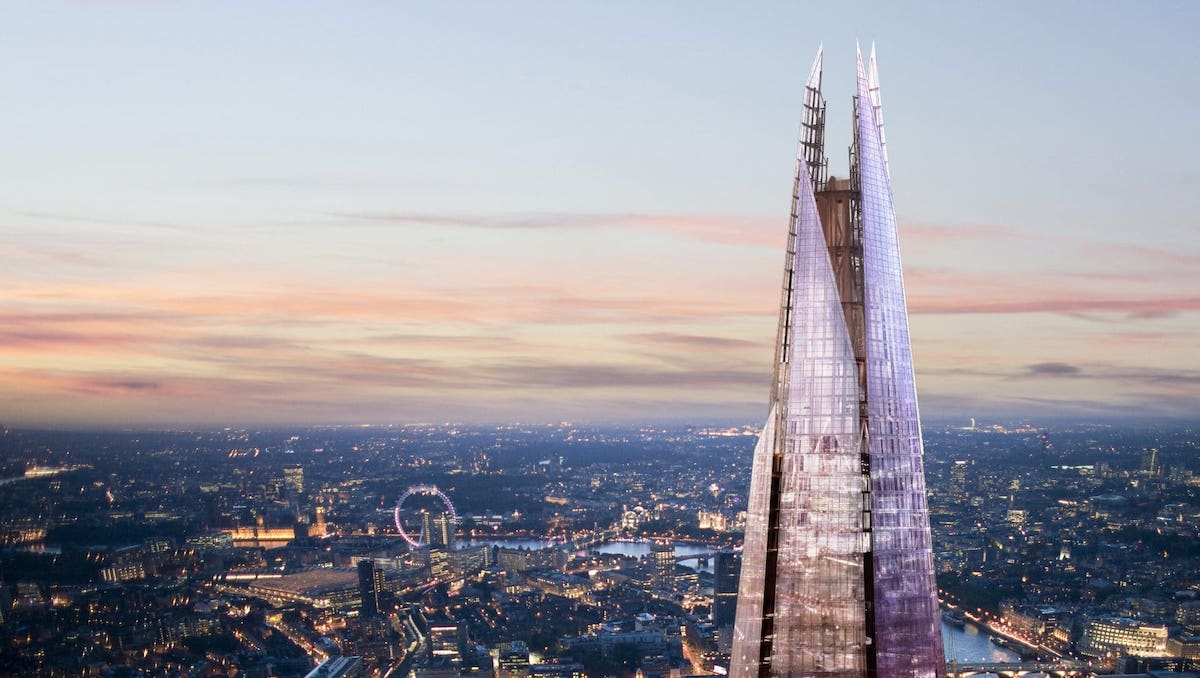 An aerial view of The Shard

The incredible skyscraper has 72 habitable floors and if you happen to be in London and want to see a breathtaking view, we recommend climbing the Shard for an unforgettable experience.

There Were Once Six Ravens In London Tower

Charles II once ordered his guards to bring six ravens to the Tower of London, believing that they would protect the fortress from falling. 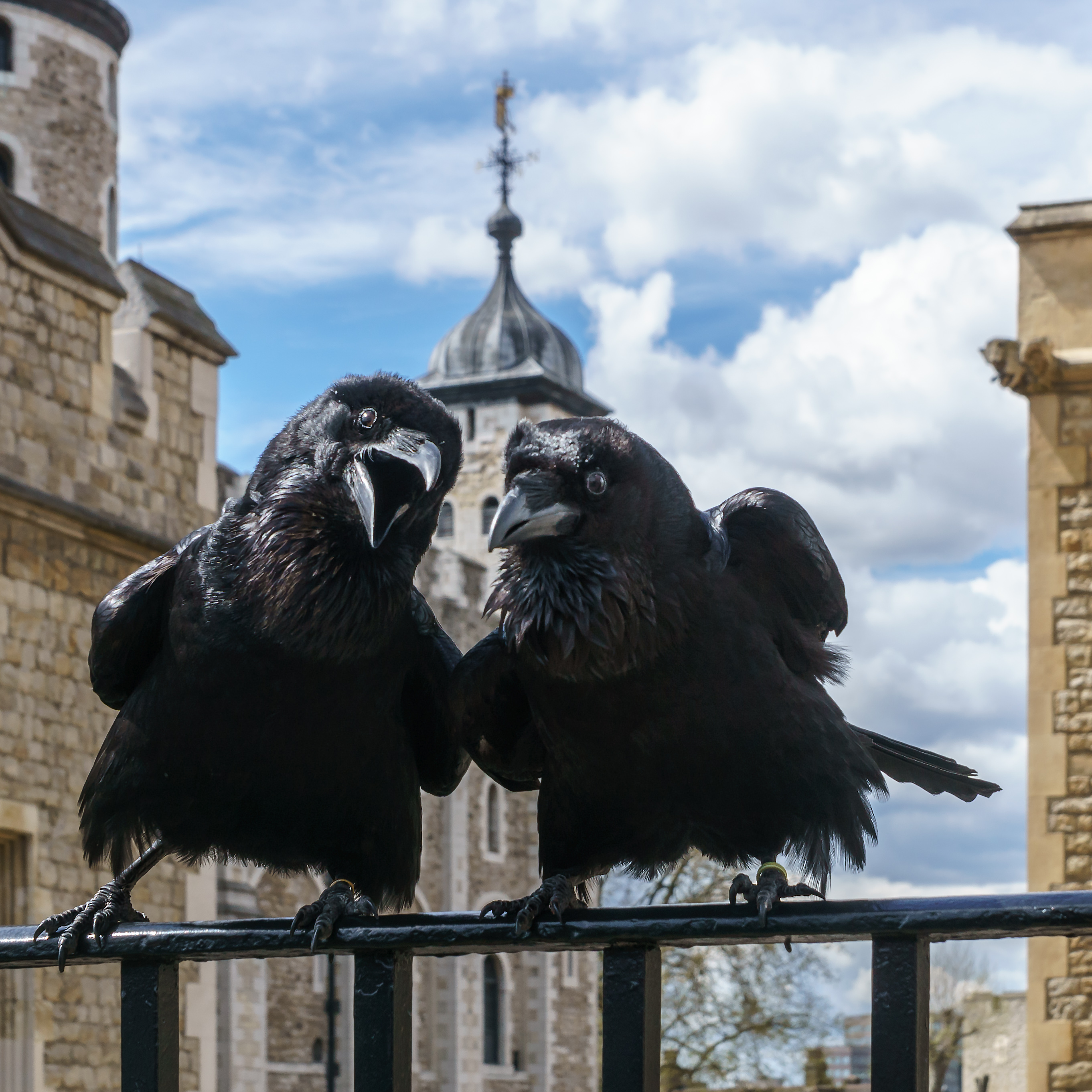 In case one of the six ravens flew away, they had an extra raven in their palace.

The Great Fire of London in 1666 was one of the most heinous events in the city's history.

Around 70,000 Londoners' homes were completely destroyed by the fire, which consumed a large portion of the city.

Despite its catastrophic impact, this terrible event resulted in only six confirmed deaths.

Many argue that the number of casualties was higher, but the fire destroyed everything, including dead bodies.

London Has A Population Of Over 8.7 Million People

According to the most recent estimates, the capital of the United Kingdom is home to more than 8.7 million people. 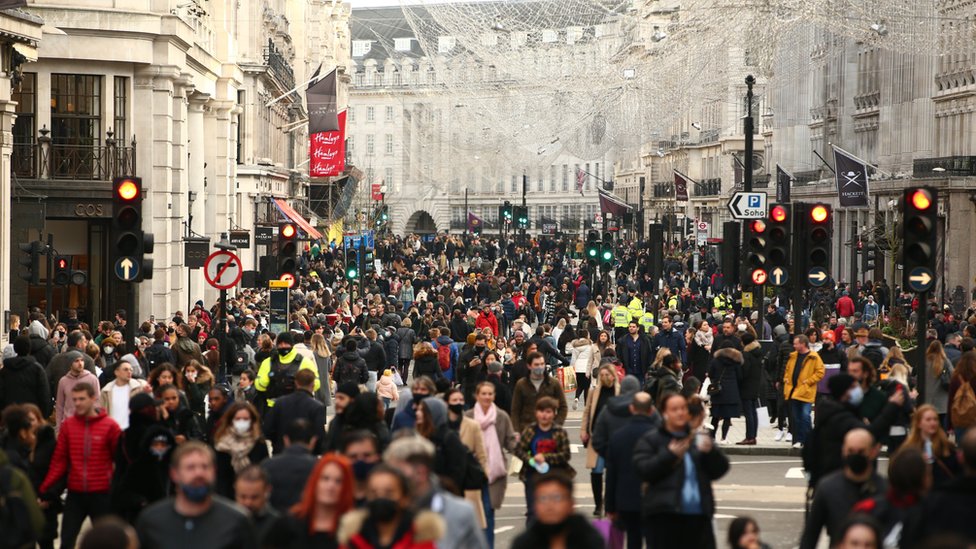 A crowd in London

As a result, London is the most populous city in the United Kingdom.

London is home to more than 80 billionaires, making it the city with the most billionaires in the world. 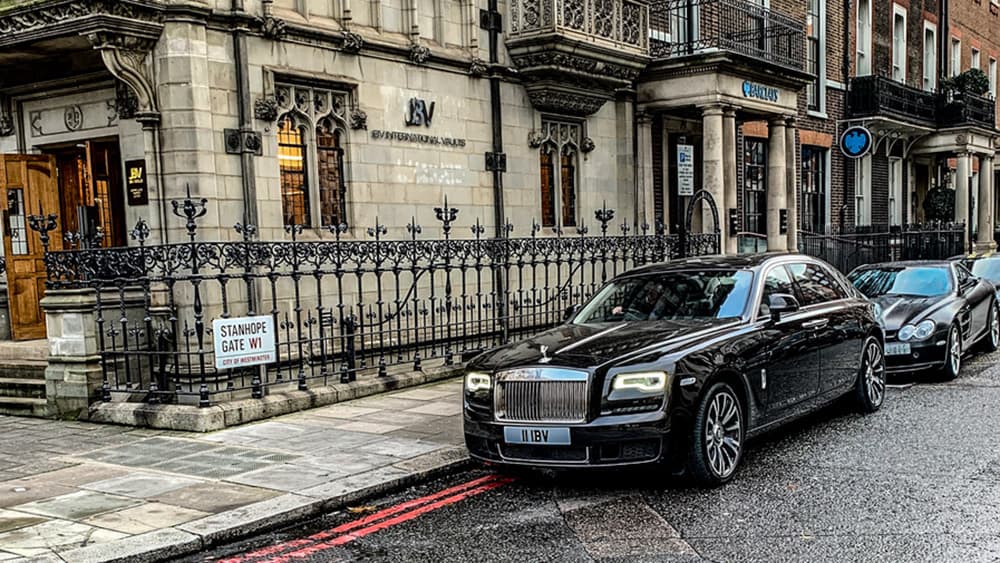 In this regard, London lags behind major cities such as New York, San Francisco, Moscow, and Paris.

Why Is London Very Famous?

How Safe Is London?

Why Is London the Best City In the World?

It tops our list of world cities because it is the only city in the world that finished in the top ten in all six of our categories. London's allure is undeniably world-renowned, with a record number of visitors pouring into the city in 2016 - 19.1 million, a 2.6% increase over the previous year's record.

London is one of the world's largest and most visited cities.

Every year, tourists from all over the world visit the British and English capital.

Because London has so much to offer, you must learn about the city's quirkiness in order to capture its soul.

I hope this article has helped you learn more about this city.