Veracruz best beaches brag not only because of their charm and beauty but also because of the role they play to the country's economy.

The City of Veracruz is Mexico's most major commercial seaport, located on the Gulf of Mexico in the Atlantic Ocean sea region between the coasts of Mexico, the United States, and Cuba.

The waters off its shore have a reef system built by a series of islets and 17 coral reefs covering an area of just over 52 hectares that runs along Veracruz, Boca del Rio, and Alvarado, making it a popular diving location.

Veracruz de Ignacio de la Llave is the full name of the state. Veracruz was named after the city of Veracruz which in Latin means 'True Cross'. 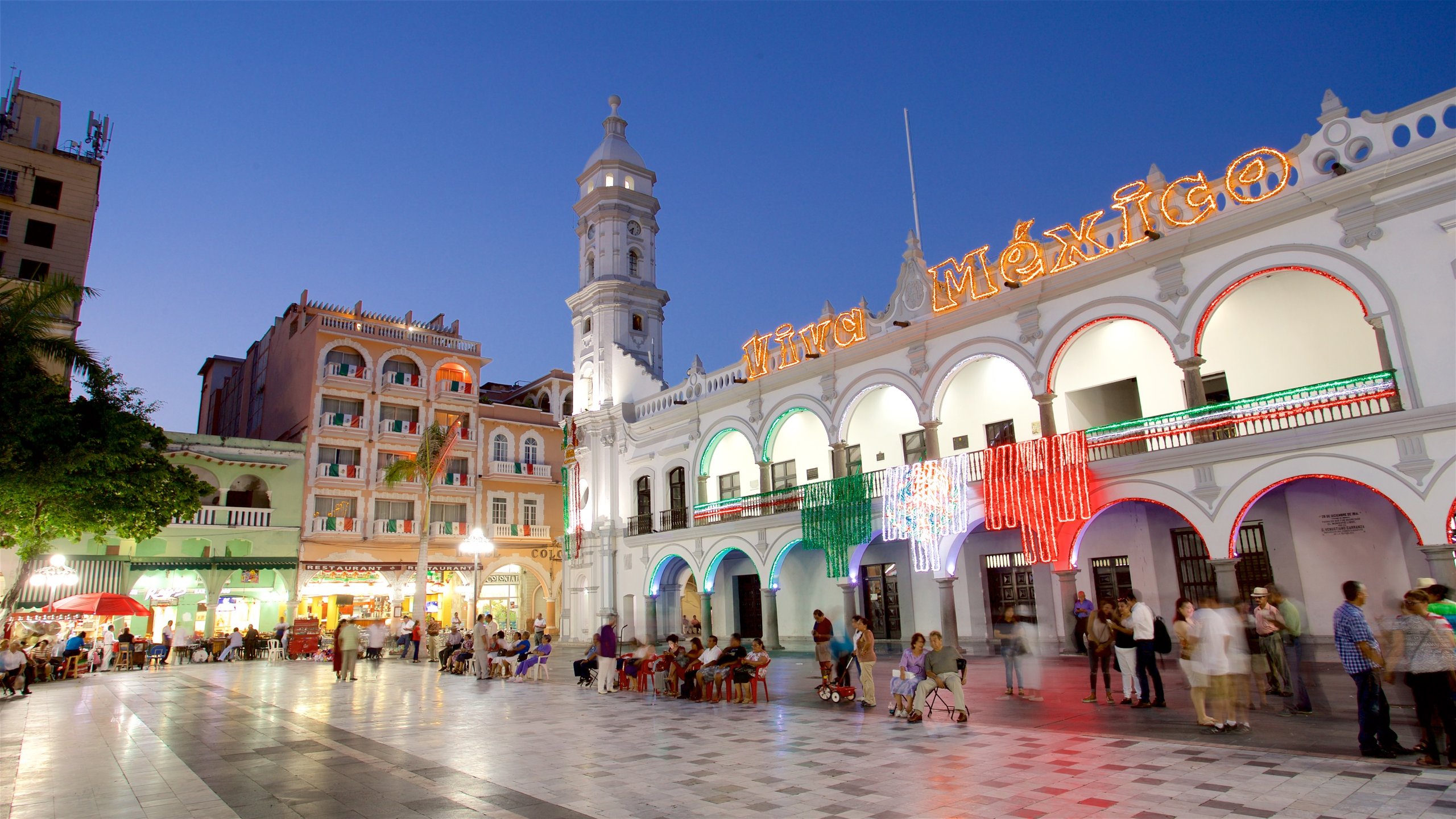 Some people visiting a popular spot in Veracruz

The state seal was adopted by the state legislature in 1954, based on one established by the Spanish in the early colonial days of the 16th century for the port of Veracruz.

Veracruz developed as a port as the main link between colonial Mexico and Spain, becoming the most "Spanish" of Mexican cities, with an infusion of Caribbean creole elements.

Disembarkation of the Spanish at Veracruz

It was attacked and captured numerous times due to its strategic location and direct overland links to Puebla and Mexico City.

Francis Drake and other British pirates assaulted the city multiple times in the 16th century, prompting the construction of a fort (Castillo de San Juan de Ulua) on Callega Island in the 1600s, which is now a tourist attraction.

During the Mexican-American War (1846–48), US troops took the harbor and marched inland from Veracruz. During Emperor Maximilian's occupation of Mexico in the 1860s, French troops also came through Veracruz.

It was dubbed Veracruz Llave after Gen. Ignacio de la Llave, ruler of Veracruz state from 1857 to 1860. The Mexican constitutions of 1857 and 1917 were both proclaimed there.

Veracruz is Mexico's main seaport on the east coast and a communications hub for the gulf littoral as well as the state's tropical and highland hinterlands.

Despite its hot and humid climate, Veracruz is a popular domestic tourism destination, especially for weekend tourists from Mexico City.

The city is constructed on a hot, flat, and barren sandy beach along the Gulf of Mexico that rises just 50 feet (15 meters) above sea level. 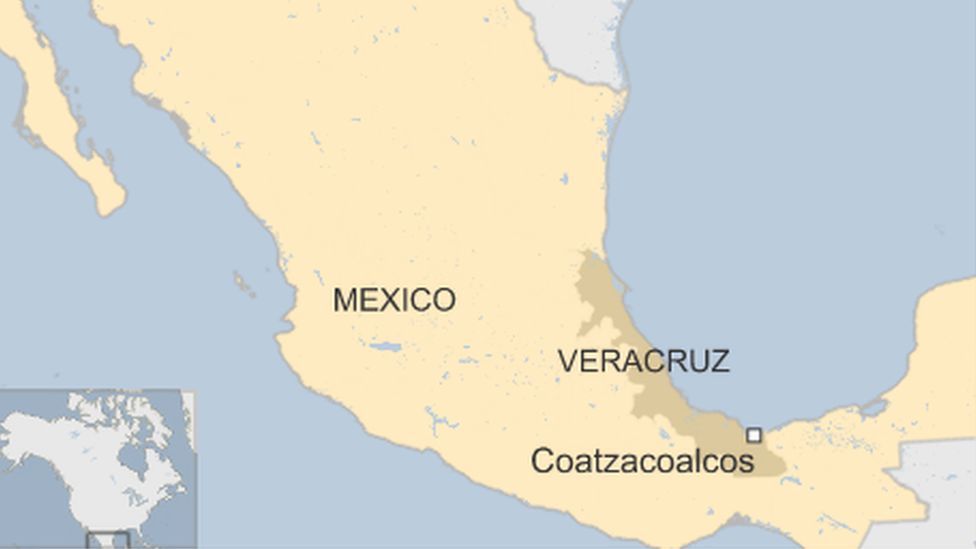 The map of Veracruz

The state is shaped like a crescent, sandwiched between the Sierra Madre Oriental to the west and the Gulf of Mexico to the east.

Veracruz shares borders with Tamaulipas (to the north), Oaxaca and Chiapas (to the south), Tabasco (to the southeast), and Puebla, Hidalgo, and San Luis Potosi (to the west) (on the west). Veracruz has a coastline of 690 kilometers (429 miles) along the Gulf of Mexico.

Playa Mocambo is a well-known beach in Boca del Rio. It is, in fact, one of the busiest in the area. 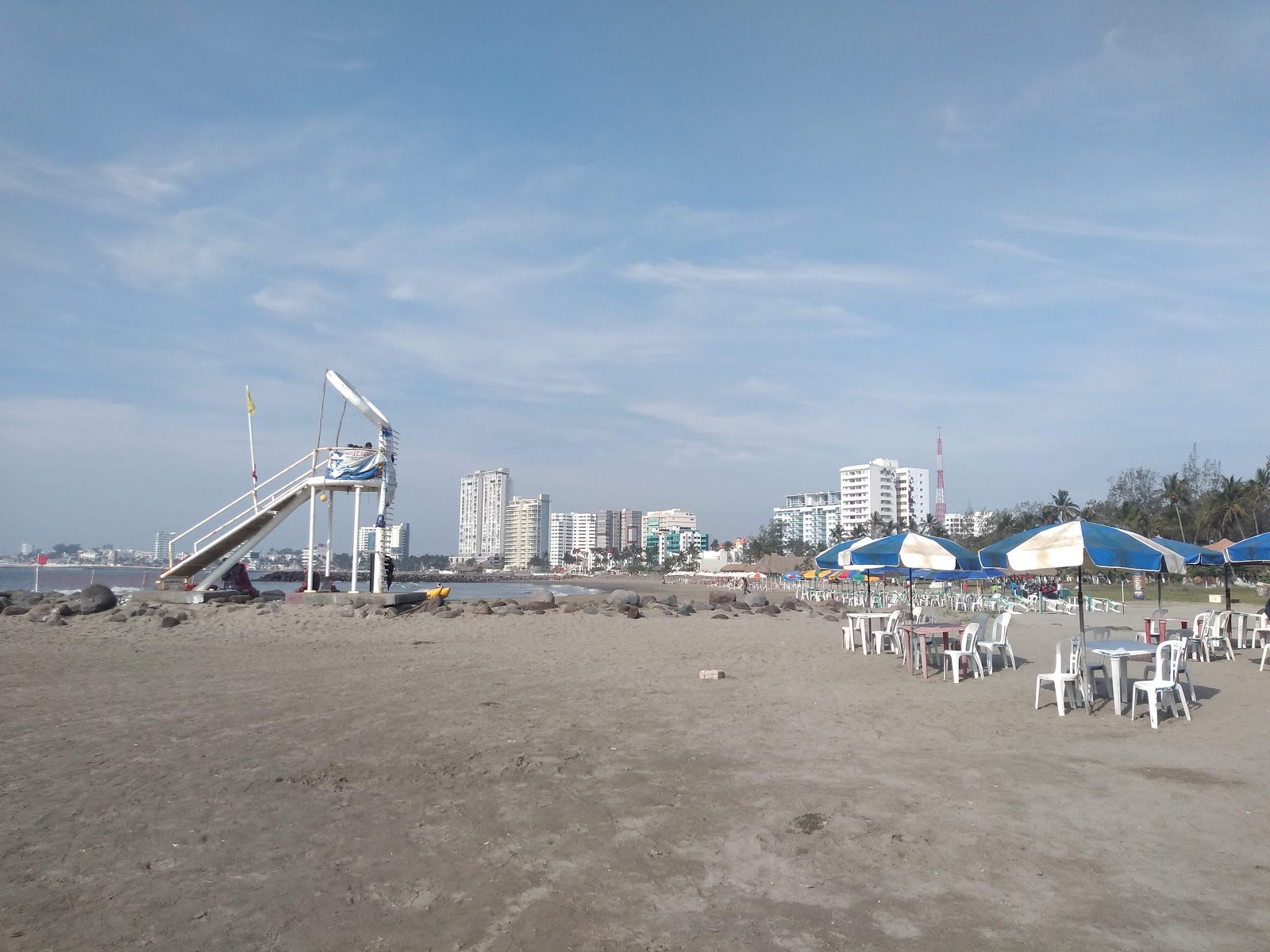 The beach area of Playa Mocambo

Aside from the lifeguards guarding the beach, there is also a camping area. Furthermore, this beach is within walking distance of a premium hotel resort where you can stay if you choose.

Also, if you wish to go exploring, the commercial zone is only a few minutes away. This lovely stretch of white sand is ideal for relaxing and unwinding.

The blue water is also appealing. Because to the high quality of the water, this is the best site to swim in Veracruz.

The beach in Villa del Mar is located around 1640.42 feet (500 meters) distant from Playon de Hornos. 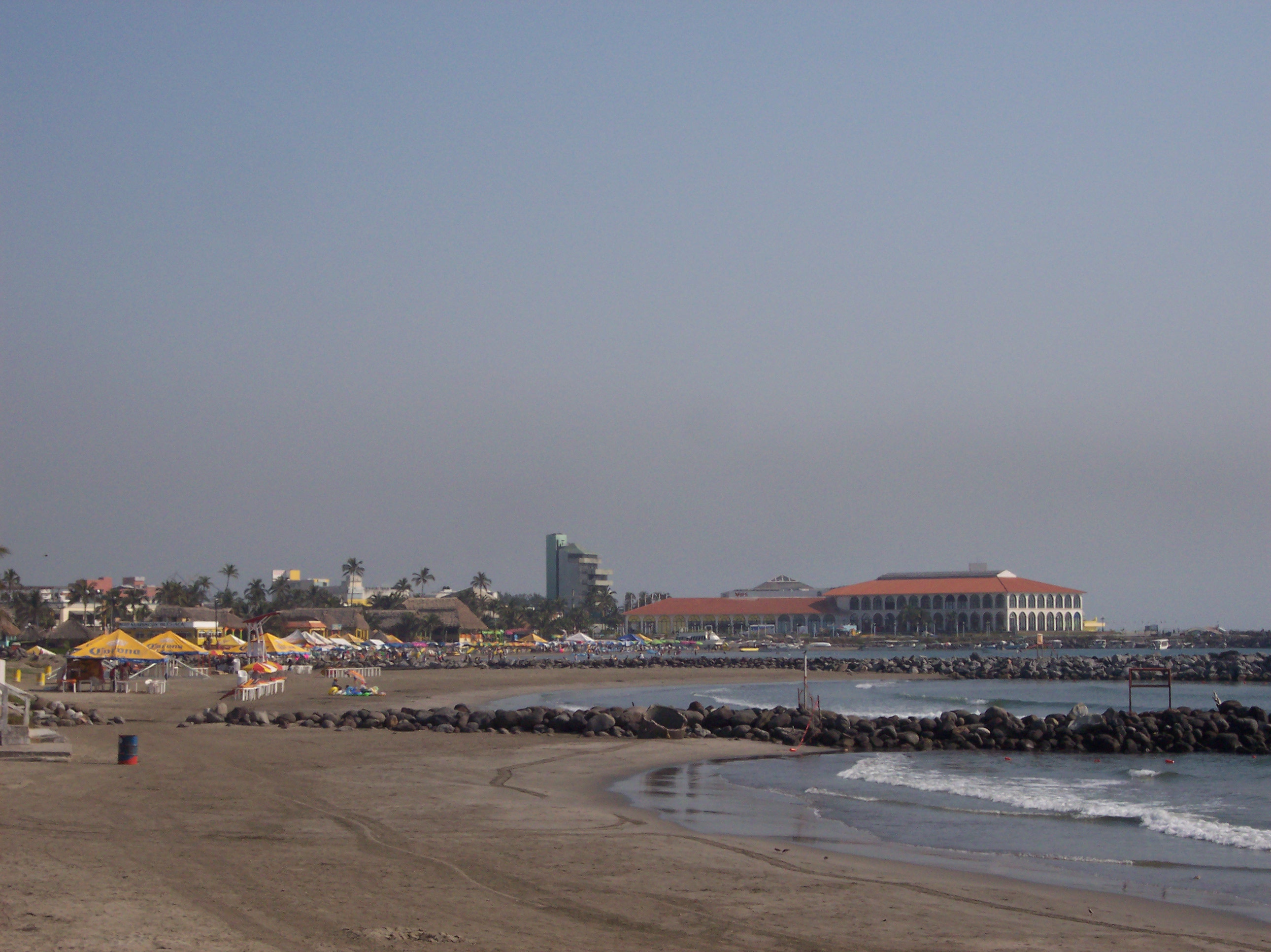 In addition, there are boat tours that can take you to the Island of Sacrifices, lounge seats, and plenty of shade. You can make reservations at the neighboring hotel, which will provide you with convenient access to the beach and the water there.

The resort may be reached by car in an only 10 minutes from the heart of the city. Aside from that, each of their rooms is equipped with a bathroom and two double beds.

In addition, guests have the option of playing a round of tennis or exploring the gardens. While you are in this area, you may also want to stop by the Luis Pirata Fuente Stadium.

One of the most picturesque beaches in all of Veracruz is called Marti Beach.

A stunning view of the bay side in Marti Beach

It is situated on the boundary between the states of Veracruz and Boca del Rio. Aside from that, this is the finest location for tourists who are interested in playing beach volleyball or soccer at this particular location.

After all, players can make use of the nets and goals that are already set up here. One of the most popular things to do there is sunbathe on the sandy beaches.

Are There Good Beaches In Veracruz Mexico?

Playa Mocambo is without a doubt the most beautiful stretch of sand, and it is also the beach that is ideal for swimming. Playa Marti is a great place to watch local beach volleyball and soccer events, as it is located closer to the center of the action.

Is Veracruz Mexico Safe For Tourists?

The travel advisories issued by the United States Department of State give the state of Veracruz a ranking of 2: Exercise Increased Caution. This ranking places Veracruz among the safest states in Mexico because no other location in Mexico has been given a ranking of 1.

Veracruz is a stunning city located around 750 miles south of Corpus Christi, Texas, on the coast of the Gulf of Mexico.

There are several really wonderful and gorgeous resorts that rival the luxury of the more prominent Mexican Rivieras surrounding Cancun and Puerto Vallarta, but for a fraction of the expense.

Veracruz best beaches are on the eastern Gulf Coast of Mexico that are significant areas and famous tourist destinations. The place is one of the most favorite spots to visit in the entire country. Veracruz is most well-known for its extensive history, tropical surroundings, picturesque old town, boisterous nightlife, and the largest aquarium in Latin America.