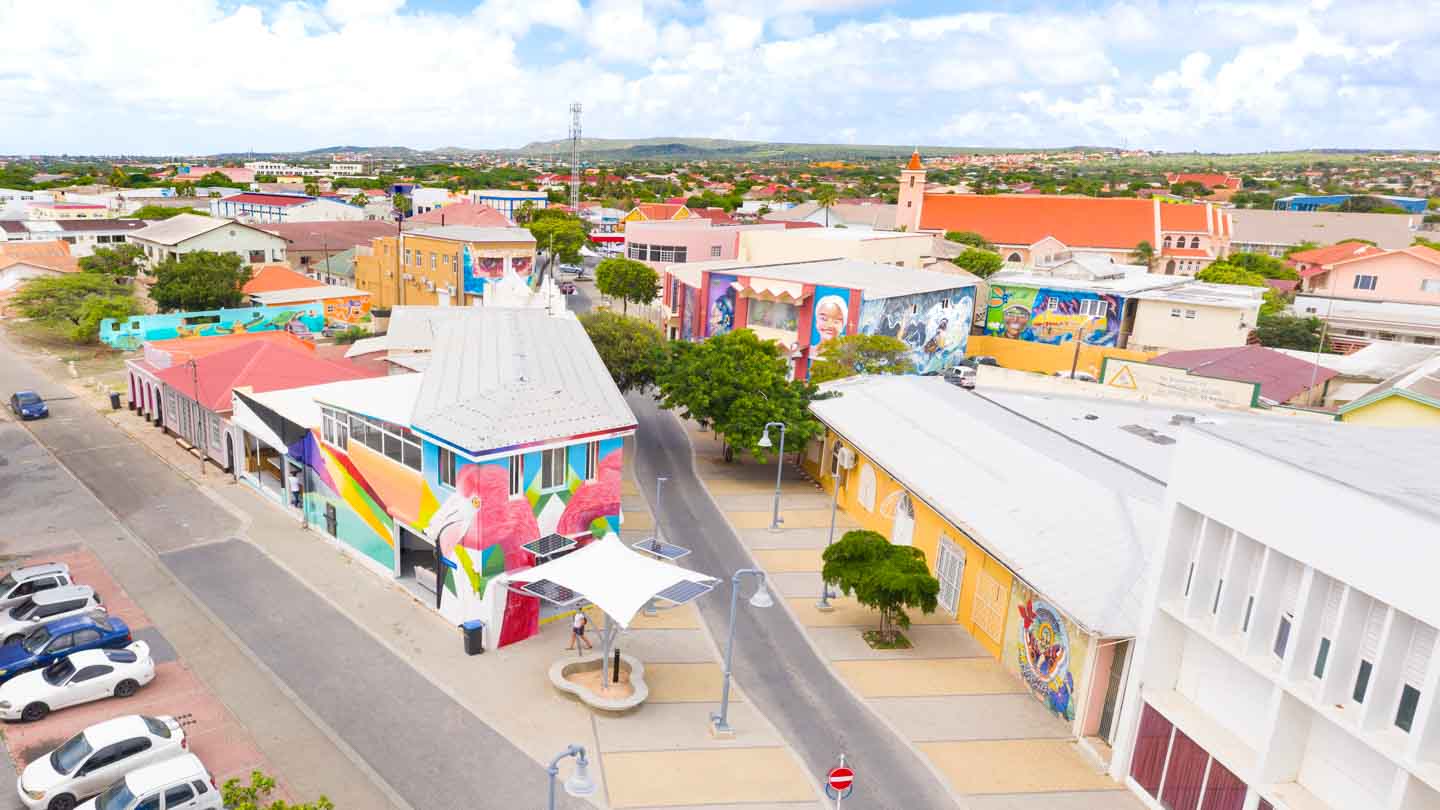 San Nicolas Aruba, or also known by many as the "Sunrise City", is a peaceful and quiet coastal town. Despite being only 12 miles to the southeast of Oranjestad, it feels like another planet.

Aruba's history as a multicultural destination began about a century ago with the opening of the refinery in San Nicolas.

This drew visitors of many ethnicities to the island. The industrious pioneer-town was moulded by the infusion of diverse cultures and influences into a pleasant, tight-knit society that is unique to Aruba.

Although the island is Dutch, many San Nicolas people are of British Caribbean descent, and English is still the first language in their households. 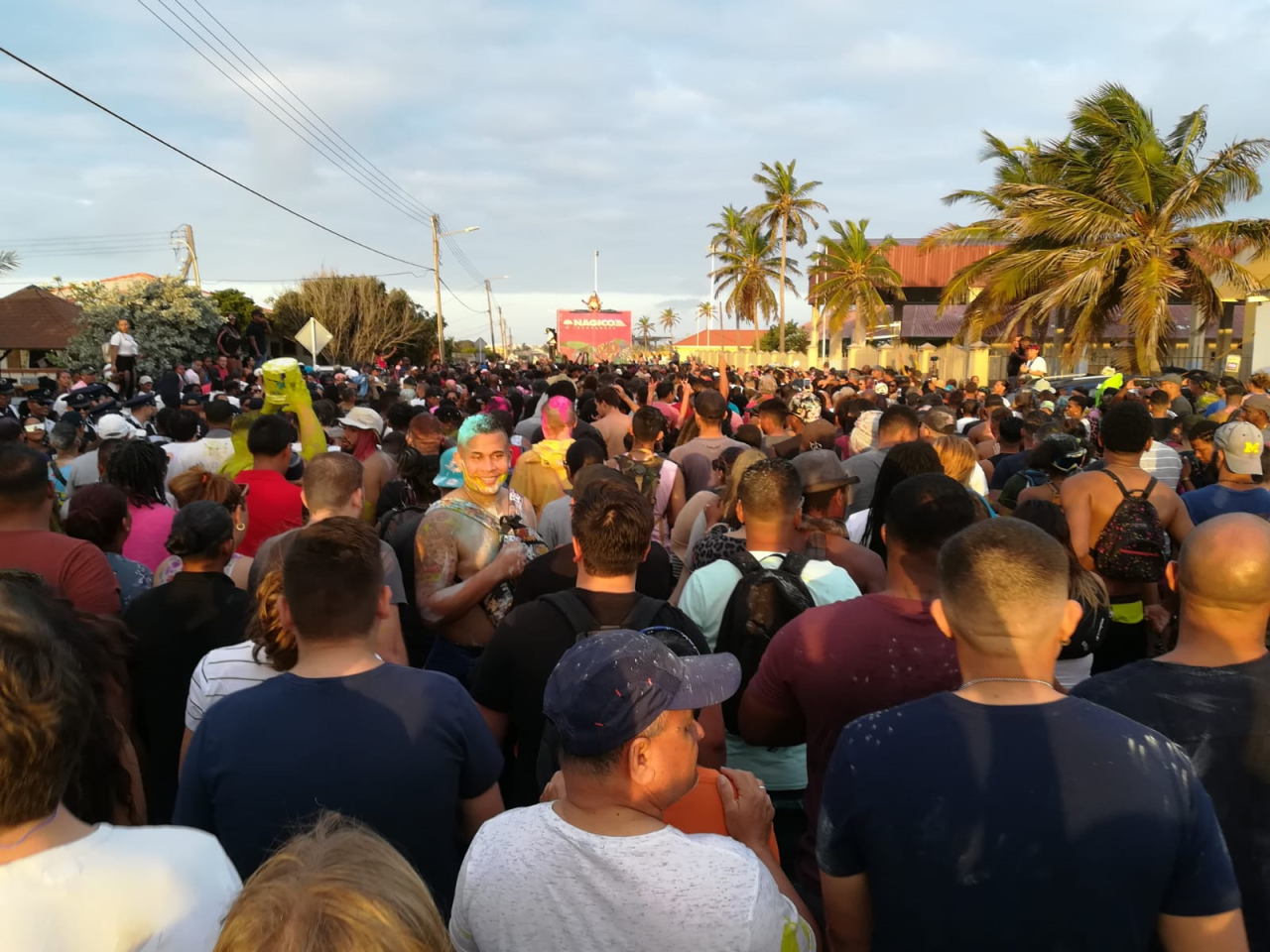 Aruban people during a Carnaval Festival

The vast majority of people are literate. Primary and secondary education are free and compulsory from the age of four to sixteen since 1999. The major language of education is Dutch, with Papiamentu utilized in some primary classrooms.

The town is usually pretty quiet, but it has its own special charm and lots of fun things to do and see. 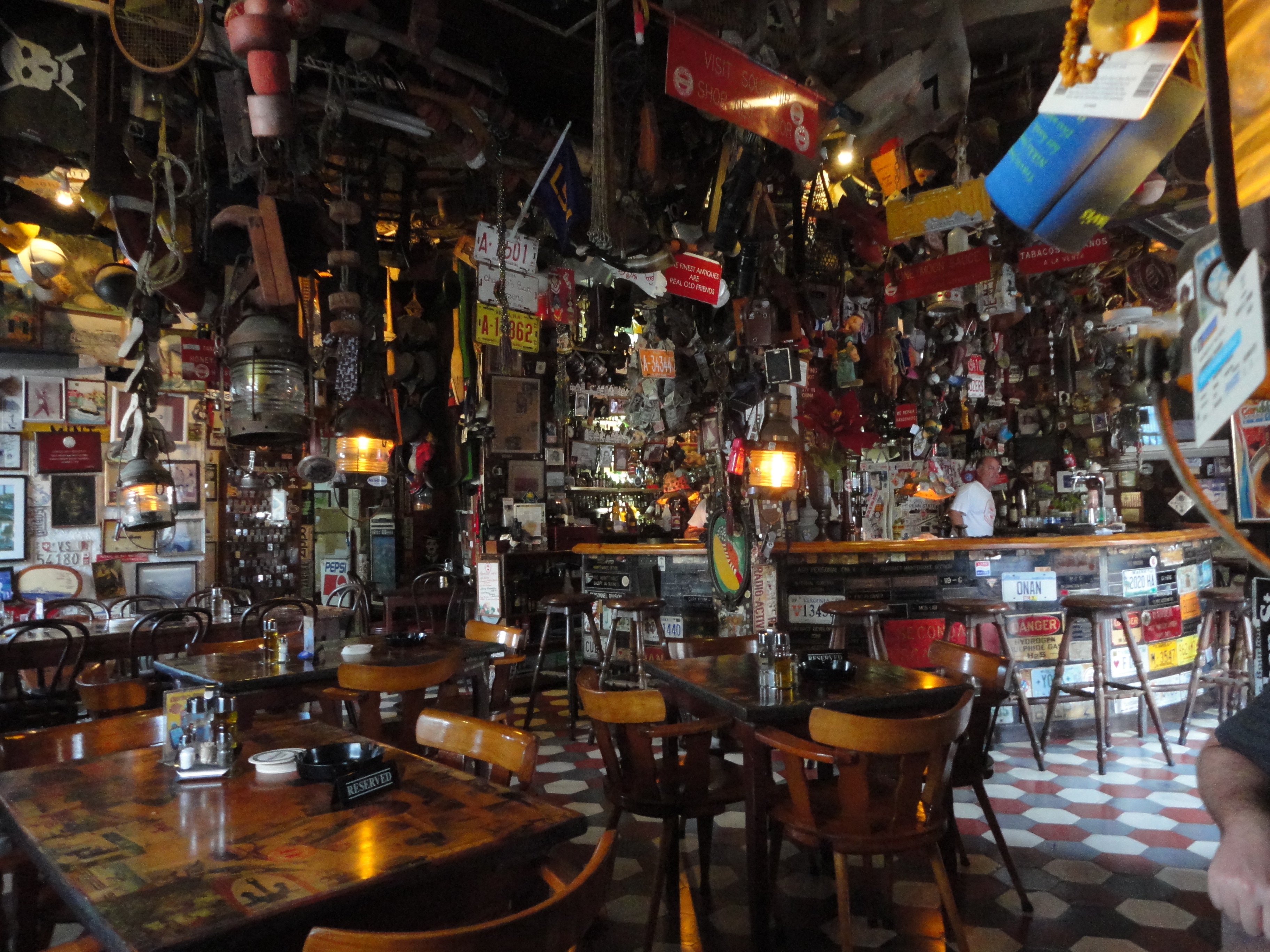 While many visitors travel to Aruba for the beaches and day spas, some come for another reason. Sint Nicolaas is Aruba's second capital and home to the island's principal red light district.

This area, Aruba's oldest village, was once a bustling port during the days of the refinery. Its primary role now is to serve as a tourist attraction.

For many years, one of the main reasons travelers came to this end of the island was to visit Charlie's Bar. Since the 1940s, when scuba divers began to hang their undersea finds on the walls, this pub has been famous.

In the decades since, it has evolved into something of a museum. San Nicolas is a tourist destination, and the main street shopping and restaurant sections have been refurbished to reflect the city's history, when seafarers from all over the world enjoyed shore leave to enjoy the local hospitality.

San Nicolas is part of the best tourist destinations list, and the shops and restaurants on the main street have been updated to reflect the city's history, when sailors from all over the world came to shore leave to enjoy the local hospitality. San Nicolas has beautiful beaches as well as things to do with culture and food. 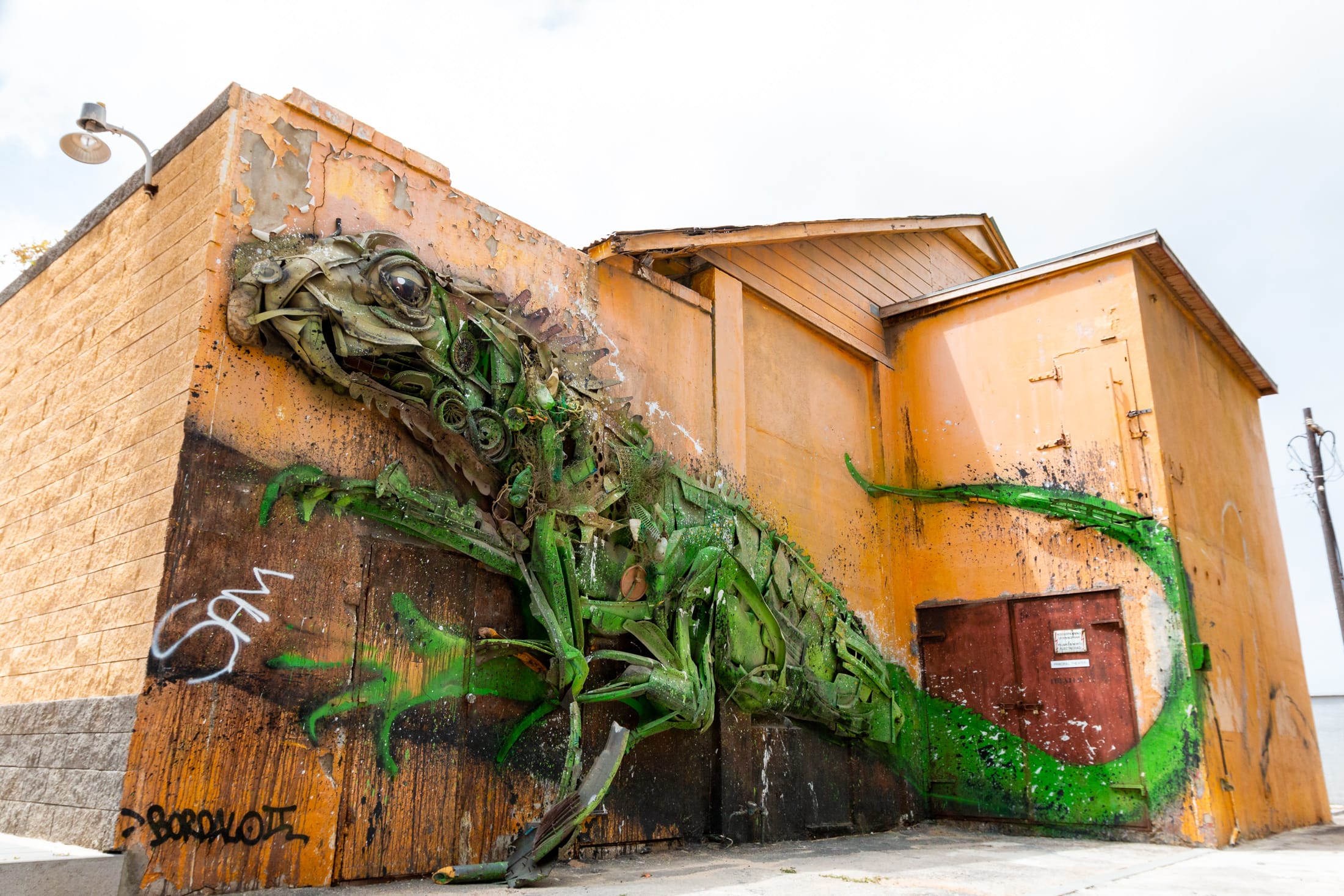 As part of the fair, exhibiting artists painted massive, brightly colored murals on more than a dozen of the city's buildings, adorning them with anything from multi-hued lionfish and gazing flamingos to native Arubans and weird optical illusions.

Visitors to San Nicolas can now join a guided tour of the murals or simply stroll the streets on their own to uncover them.

Aruba is a beautiful and beautiful island that attracts visitors all year but, that doesn't imply there aren't any warnings or hazards to be aware of when you are there. 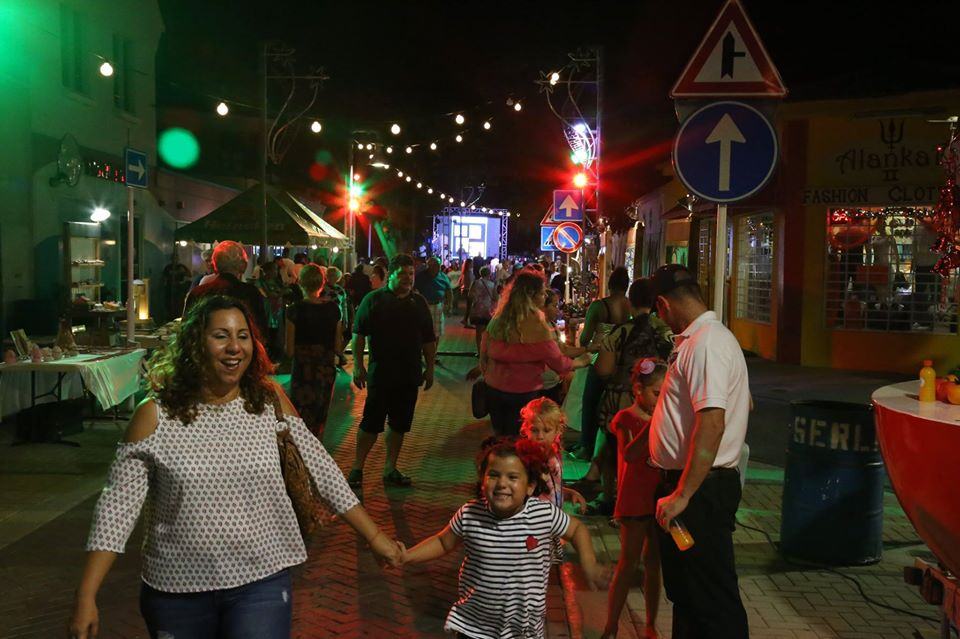 While the San Nicolas area has many excellent art galleries and beaches and is generally safe during the day, it does have a reputation for prostitution, drugs, and automobile break-ins.

It is the sole legal prostitution location on the island, and automobile break-ins are regular, particularly in front of Charlie's Bar. It is recommended that you park near the exterior walls of the adjoining oil refinery.

If you wish to explore the region at night, you should go on Thursdays during one of the Caribbean Festivals, which attract both visitors and residents.

There is always more safety in numbers, and it's an excellent way to experience everything the San Nicolas area has to offer while alleviating any safety concerns.

What Is San Nicolas Aruba Known For?

A charming promenade on Zeppenfeldstraat, art murals, boutiques, snack shops, restaurants, and pubs, as well as historic buildings of architectural interest, can be found in the heart of Aruba's second largest city.

Where Are The Murals In San Nicolas Aruba?

You can go to the Community Museum, the Cosecha Store & Creative Center, or the Museum of Industry.

What City Is Known As The Sunrise City In Aruba?

San Nicolas Aruba isn't called "Sunrise City" for nothing; this cultural hotspot has a lot to offer. There aren't many San Nicolas hotels and no San Nicolas resorts, but a visit to this part of the island is well worth it.