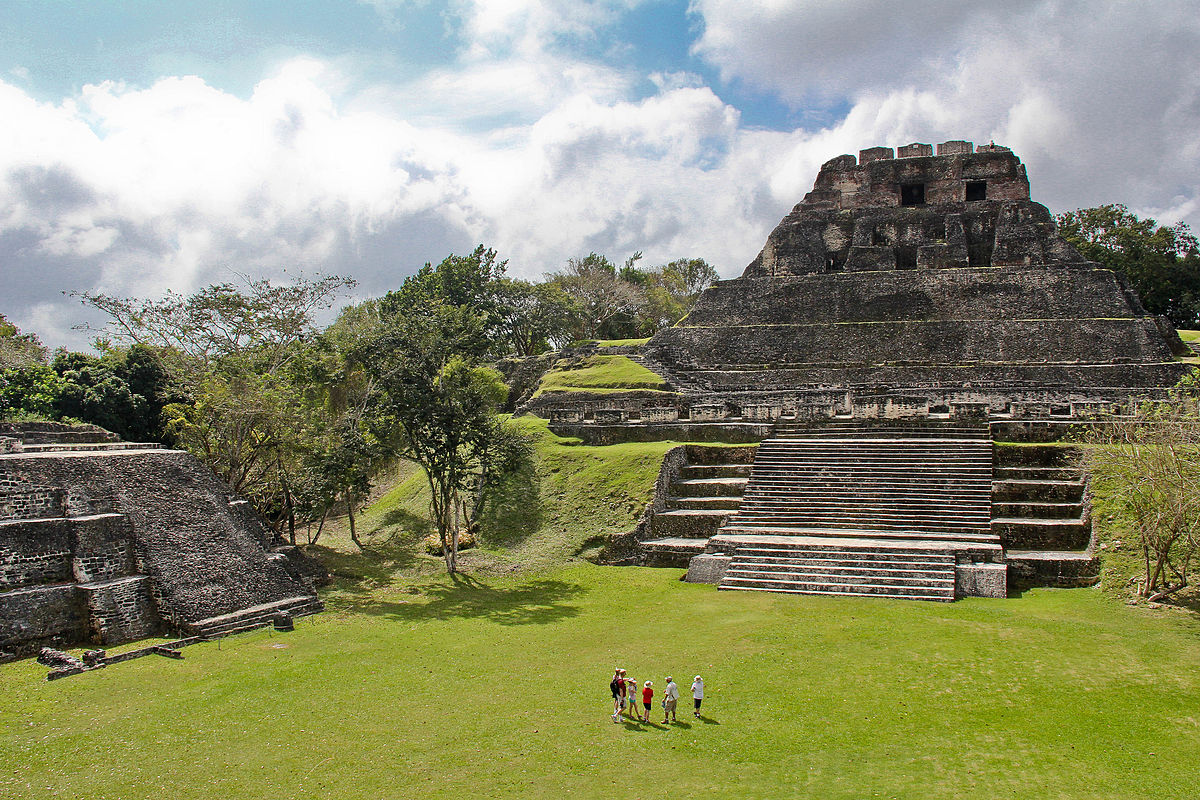 Belize is a natural wonderland. This intriguing country, which located in Central America between Mexico and Guatemala and was known as British Honduras during its colonial days, is a popular destination for eco-tourists. Few countries can boast such a diverse range of ecosystems in such a little region.

Consider a place with tropical beaches, coral reefs, cave formations, unique fauna, and a relaxed Caribbean vibe. The world's second biggest barrier reef runs along its shore, and ancient temple remnants may be found throughout its forests. You are mistaken if you believe such a country does not exist. Belize is a popular tourist destination in Central America.

The Belize Zoo is one of the best zoos in the Americas, located in a natural forest 31 miles from Belize City. Many of the creatures in Belize Zoo are wild animals that were kept as pets by private collectors, and the zoo works to rehabilitate them for release back into the wild. It allows visitors to get up up and personal with Belize's native animals, which are housed in huge enclosures that closely imitate their natural habitats. Unless you're a seasoned wildlife photographer, this is probably the greatest site to acquire great pictures of Belize's animals. 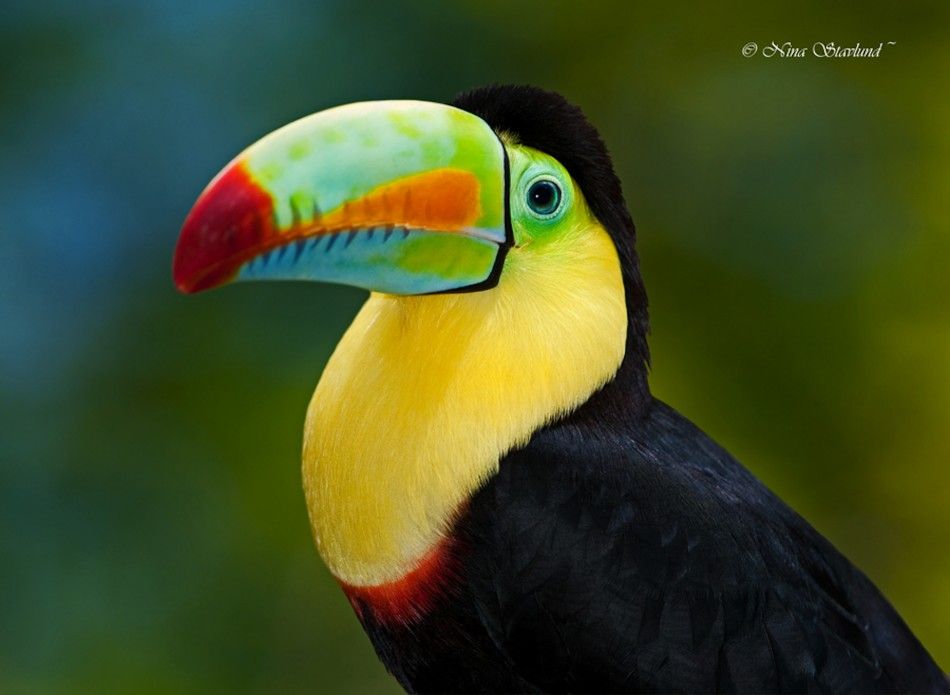 The Maya remains of Xunantunich are located near San Ignacio, on a ridge above the Mopan River, close the Guatemalan border. The majority of the constructions date between 200 and 900 BC. Xunantunich is made up of six plazas that are flanked by around 26 temples and palaces. The "El Castillo" pyramid, at 40 meters (130 feet), is the highest structure in Xunantunich and the second tallest structure in Belize, behind the Caracol temple. Placencia is a beautiful peninsula in southern Belize with some of the greatest mainland beaches and offshore coral cayes. A vast stretch of white sand beach runs along the eastern edge of the Placencia Peninsula. A long and narrow bay runs along the western edge. The lovely beaches, along with the plentiful, low-cost lodging, make it a terrific spot to unwind and one of Belize's attractions.

Caye Caulker is a tiny coral island in the Caribbean Sea that can only be reached by water taxi or small plane. For its (relatively) low rates, laid-back ambiance, and plethora of restaurants and bars, the island has become a favorite Belize destination for backpackers and other travelers in recent years. Walking is the primary form of transportation on Caye Caulker. The routes are clearly marked, and it takes around 20 minutes to cross the island. Bicycles and golf carts are also available for hire. 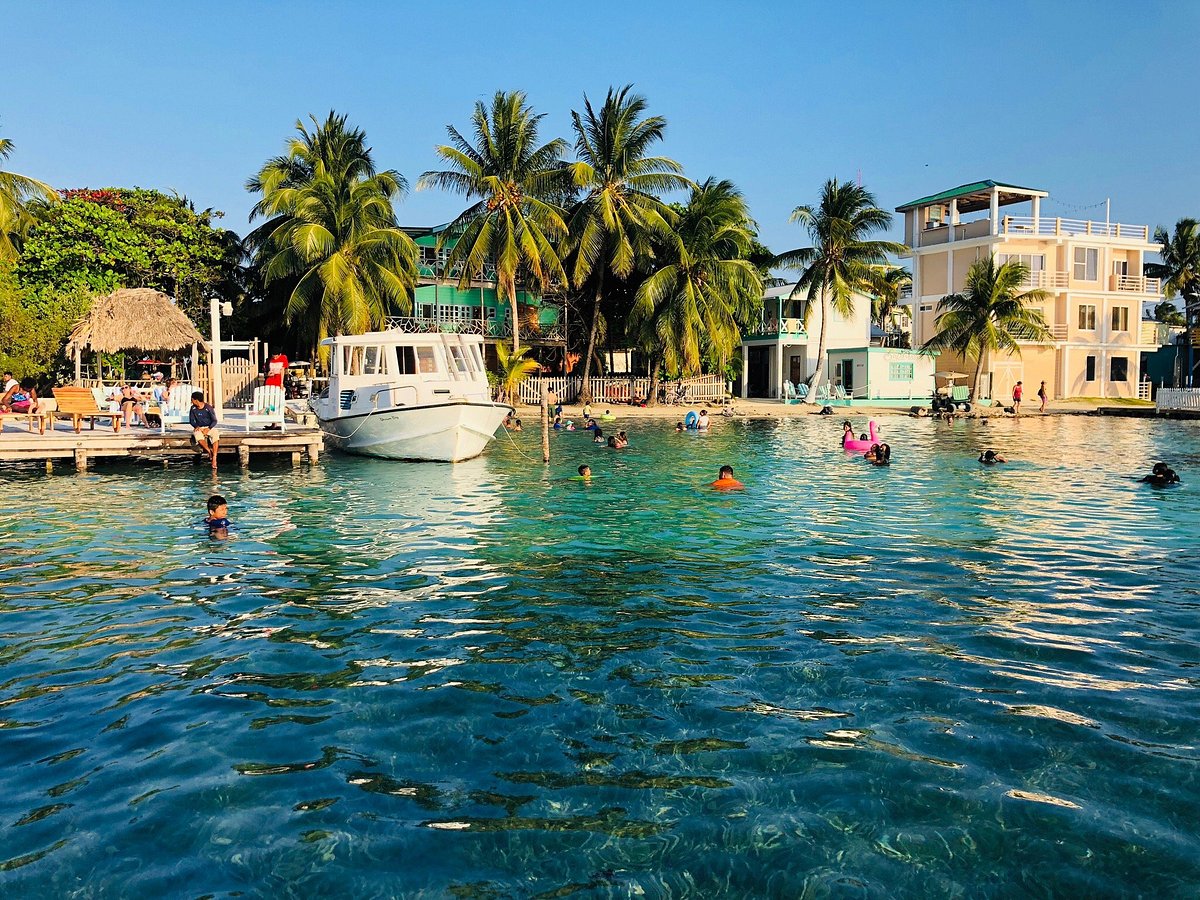 Ambergris Caye is the largest of hundreds of islands in Belize's northernmost seas. The island is Belize's most popular tourist attraction, and its lack of high-rise hotels and big-city traffic lends it a laid-back vibe. The majority of residents on Ambergris Caye get about via walking. There are several high-quality hotels in town, and many of the island's resorts are less than a mile from San Pedro, the island's sole urbanized center. Many tourists choose to rent golf carts, which are the most popular mode of mobility after bicycles. 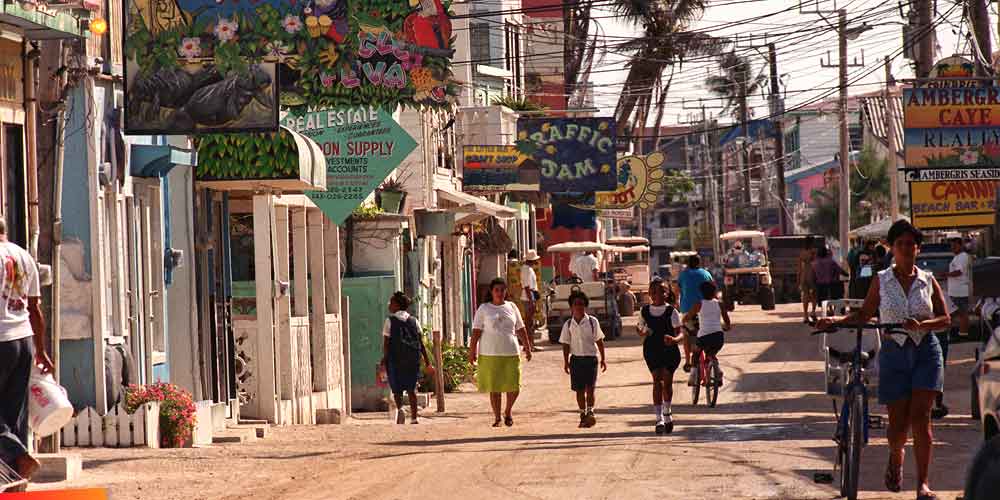 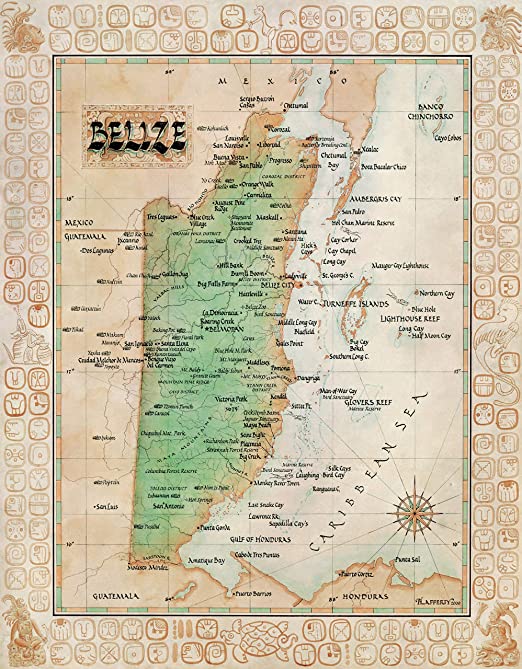 Cockscomb Basin Wildlife Sanctuary was created in 1984 to conserve the jungles and watersheds along the Maya Mountains' slopes in the Stann Creek District of south-central Belize. It is widely regarded as one of the best places in the world to see jaguars outside of zoos.

Guanacaste National Park is about 50 miles west of Belize City, in the central Cayo District. Kingfishers, woodpeckers, warblers, motmots, and the black-faced ant thrush are among the more than a hundred airborne bird species seen in the park. The white-tailed deer, armadillo, kinkajou, and other wild creatures may also be seen.

Laughing Bird Caye is a small island off the coast of Belize.

Coral Snakes of the Maya – This species is easily identified by its red body and alternating black and yellow stripes. It is best avoided. When terrified, it may inject poison into its prey, which can be fatal. Thankfully, this species is rarely observed and normally flees at the first sight of human interaction. Their small teeth may have trouble piercing garments as well. 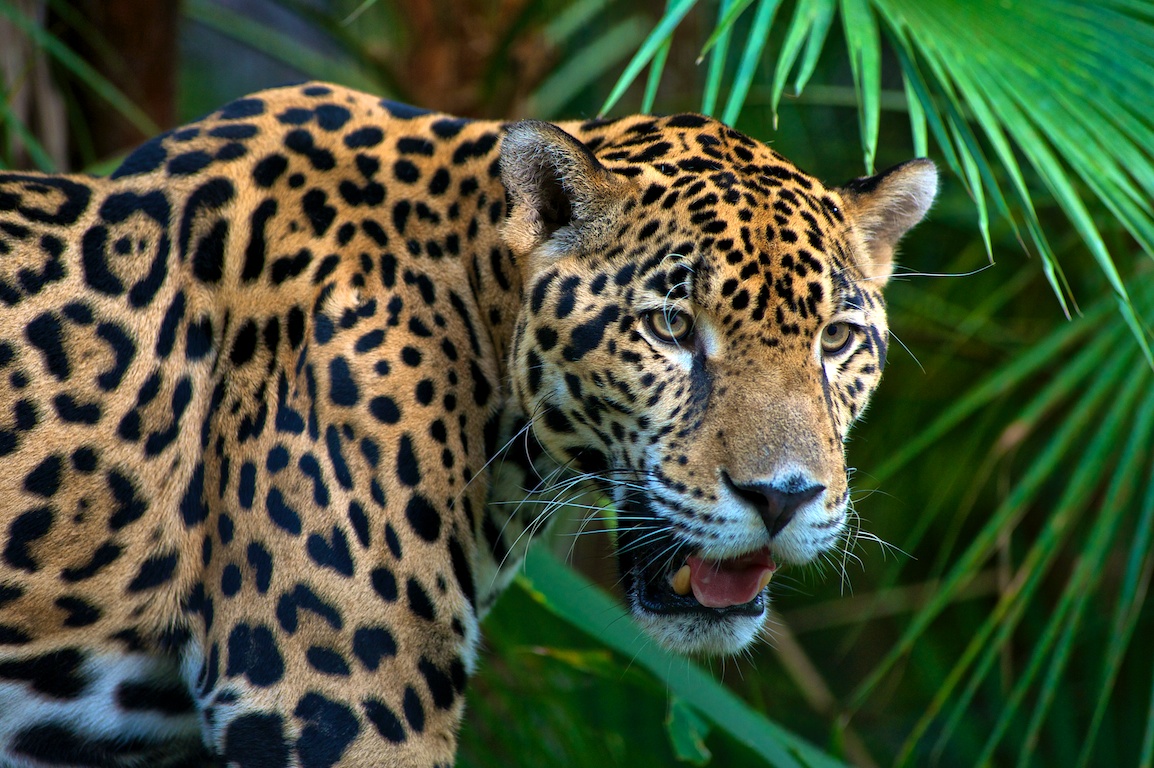 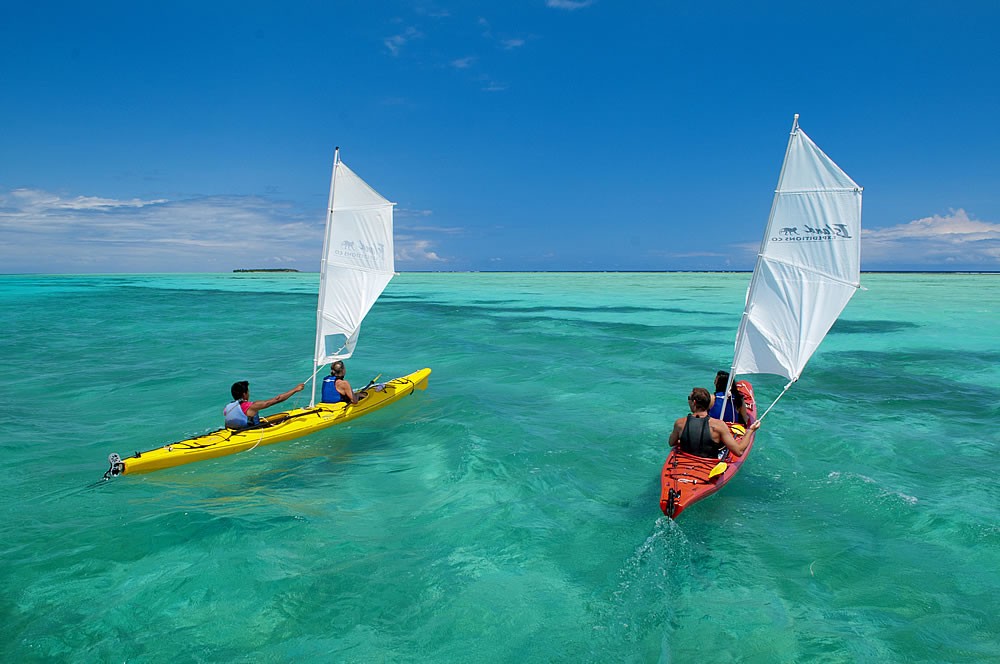 Belize is a lovely nation that is definitely worth seeing. It's basic, natural, and full of a diverse group of nice individuals who, despite their differences, manage to get along. And, despite all of the theoretical reasons, Belize is just enjoyable, with fresh adventures around every corner.

Belize is a natural paradise. The undulating mountains that ripple the generally flat plains and the Mayan communities that dot the region entice visitors to the south. The South is characterized by thatched dwellings and small stores, and the pace of life is almost contemplative. The amount of women carrying babies on their backs and water containers in their arms astounds foreign drivers on the roadway. Men on pink bikes with 50-pound bags of rice or beans balanced on the handlebars, for example.

What Language Is Spoken In Belize?

Belize's official language is English, however the majority of the population speaks a creole patois, and many Belizeans speak more than one language. In Belize, the Maya speak Yucatec, Mopán, and Kekch.

What Are The Dangers Of Belize?

Belize has one of the world's highest per capita homicide rates. Long-term expatriate residents have been targeted for violent crime (armed robberies, house invasions, and killings), as well as physical attacks, including rape, by tourists.