What Do Albanians Look Like? Get To Know More Of One Of Europe's Most Beautiful People 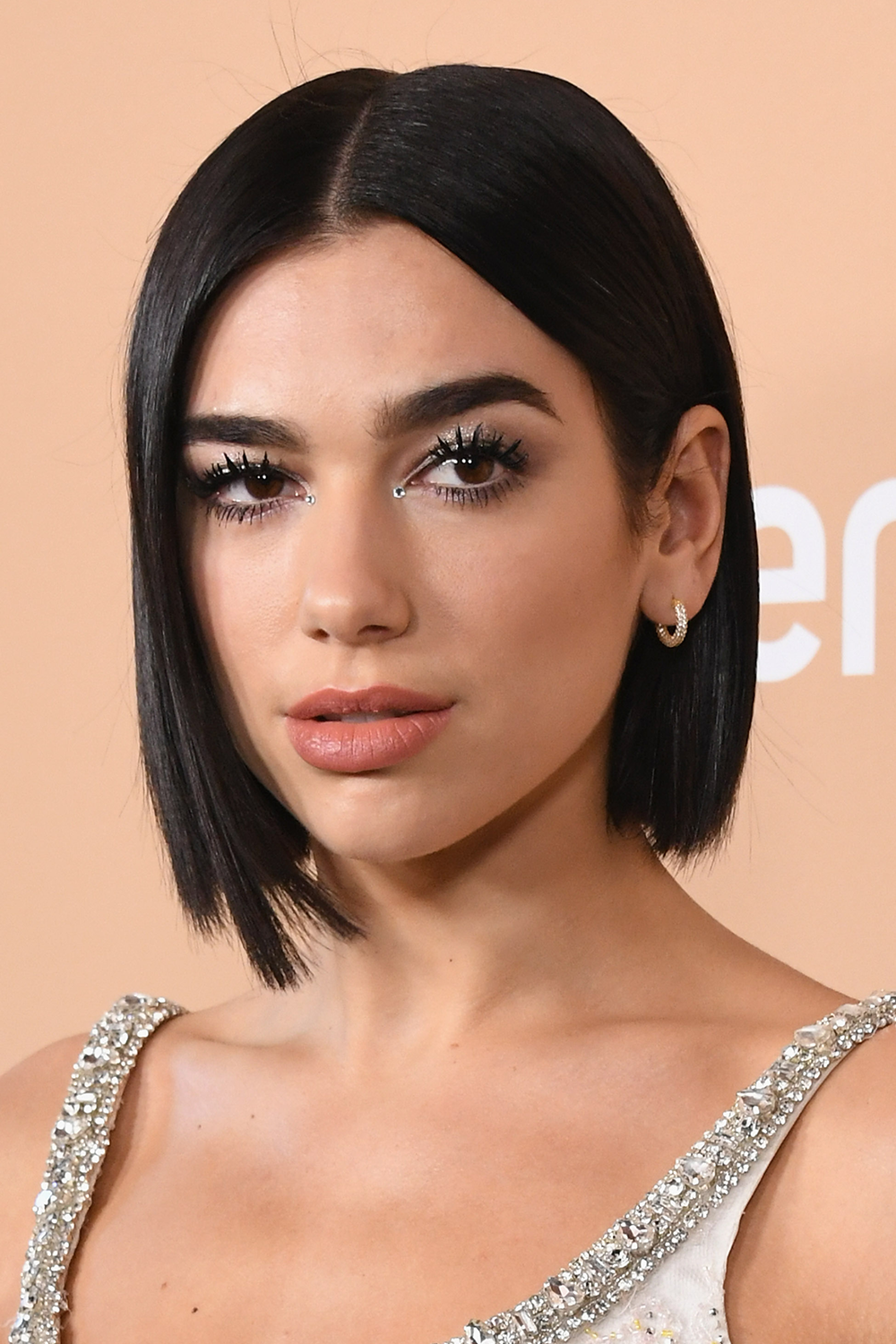 This is definitely a question that you've asked previously after knowing that Dua Lipa actually has Albanian blood.

This country, like all the others in Europe, is home to its own distinct population.

Albanians are the largest minority in North Macedonia.

According to the 2002 census, 509,083 Albanians live in North Macedonia, accounting for 25% of the population.

Albanians are mostly concentrated in the country's west and in Skopje.

The majority of Albanians are Muslims, while some adhere to the Bektashi dervish faith, as well as Roman Catholics and Orthodox Albanians.

Albania In A Nutshell 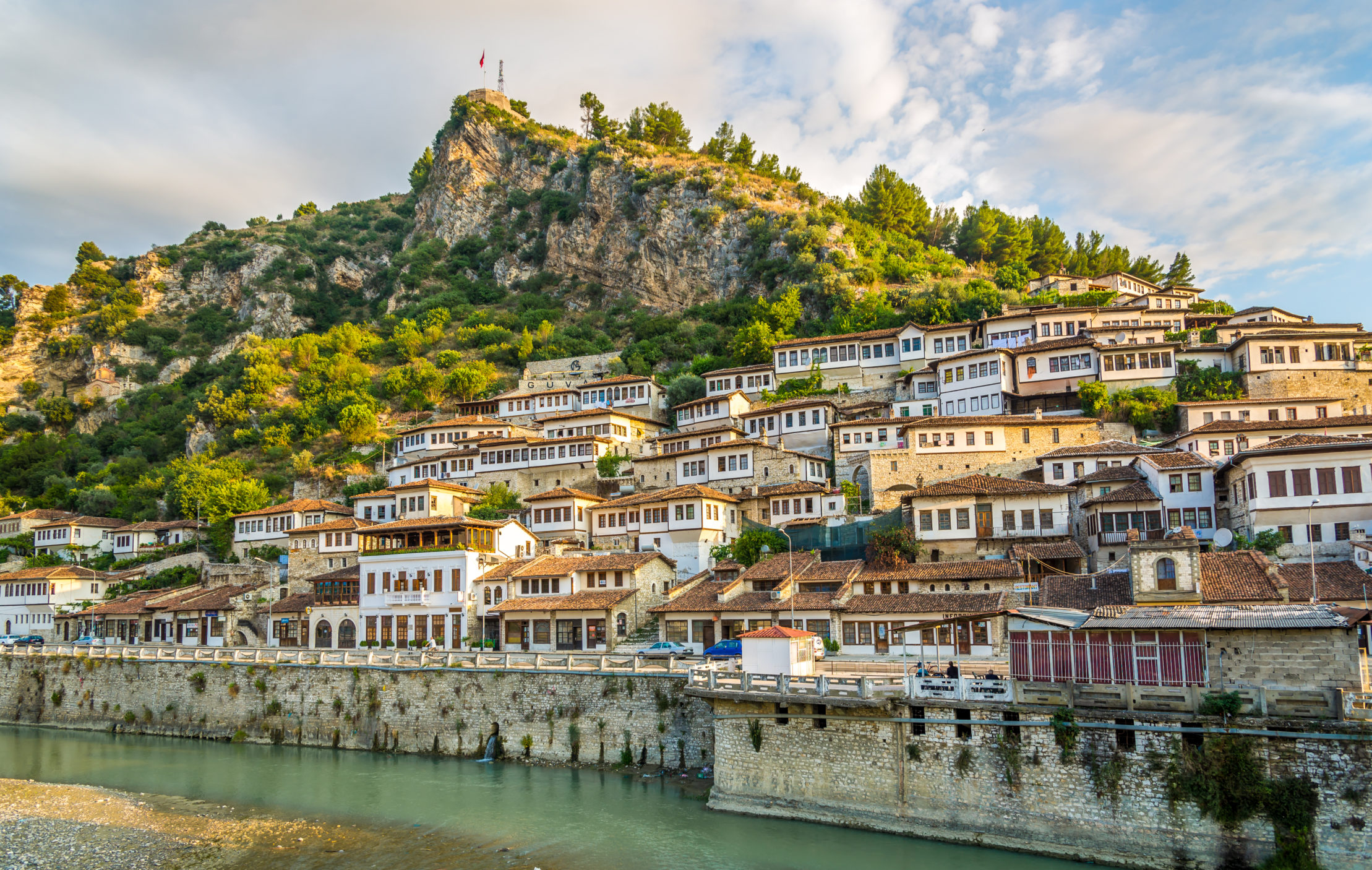 A famous town in Albania

Based on dialect, the geographical border between the two groups follows roughly along the Shkumbin River, which flows through the center town of Elbasan to the Adriatic Sea.

All Albanians north of the Shkumbin, as well as those in Montenegro, Kosovo, and the majority of Macedonia (FYROM), speak Gheg dialects with their distinctive nasalization.

Tosk dialects with rhotacism are spoken by all Albanians south of the Shkumbin, including those in Greece, southwestern Macedonia, and southern Italy.

Despite significant dialect and cultural variations between the Ghegs and Tosks, both sides firmly identify with the same national and ethnic culture.

Albanians live in ethnically dense settlements across significant regions of the Balkan peninsula's southwest, principally in the Republic of Albania, with its centrally positioned capital city of Tirana, and the self-proclaimed Republic of Kosovo.

The Republic of Albania, which is home to just approximately 60% of all Albanians in the Balkans, is a hilly republic on the southern Adriatic coast, across from Italy's heel.

Albania is bordered to the north by Montenegro, a Yugoslav republic with an estimated 10% Albanian minority living in places along the Albanian-Montenegrin border.

Albanians have traditionally and continue to live in the Montenegrin towns of Ulcinj, Tuz, Plava, and Gucinj.

Kosovo, located to the northeast of the Republic of Albania, is still a de jure part of the Federal Republic of Yugoslavia.

Albanian is a synthetic language with a structure comparable to that of most other Indo-European languages.

Nouns are distinguished by gender, number, and case, as well as definite and indefinite forms.

Though there are a few neuter nouns, the great majority of nouns are masculine or feminine.

Nominative, genitive, dative, accusative, and ablative are the five cases distinguished by the nominal system; the genitive and dative endings are always the same.

A system of connective particles connects attributive genitives to the nouns they qualify.

The Albanians' national and ethnic symbol is the eagle, which was utilized in that capacity in the oldest records.

The eagle appears in a stone carving from 1190, during the reign of the so-called first Albanian principality, Arbanon, and was used as a heraldic symbol by a number of ruling families in Albania during the late Middle Ages, including the Castriotta (Kastrioti), the Muzakaj (Myzeqe), and the Dukagjini.

Scanderbeg, the national hero, also used a black double-headed eagle on his flag and seal.

This eagle form, derived from the Byzantine Empire's banner, has been kept as an ethnic sign by the Arberesh of southern Italy.

Albanians are the most attractive race in Europe. 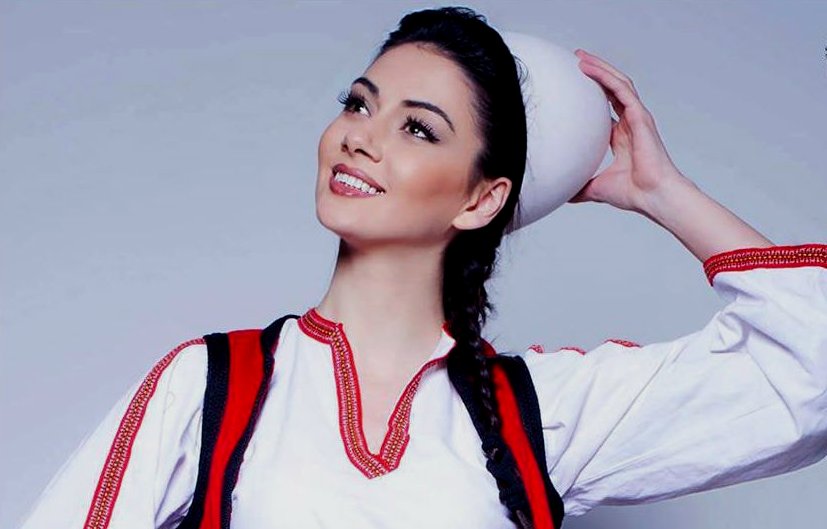 Unless they dwell in the mountainous north of the country, people in Albania are typically of average height.

High cheekbone structure, faces that are longer than those of the Slavs that live nearby.

They tend to have a complexion that is a shade or two darker than Slavs, but they can also be very fair.

The people of Dalmatia, Montenegro, and northern Albania are tall, have dark skin, and traditionally dress in white folk costumes and play white folk instruments.

This is the best connection you can draw to this group of people.

Their dancing and walking are both enjoyable to see.

It will provide you with a unique sensation.

The moves combine elegance and strength.

They are both lovely and talented.

They are as Scottish as they were in the seventeenth century.

And by that I mean they are the Balkans' best intellectual and physical race.

They are the ideal combination of classic features with an exotic side.

That is why you might not notice them right away, although they are everywhere.

Albania is situated north of Greece, across the Adriatic Sea.

It is home to a plethora of natural wonders.

Outside of Albania, there are more Albanians than inside the country.

There are two million other ethnic Albanians in Kosovo, for example, and another 15 million Albanians worldwide.

Albania is one of the world's most Western Muslim countries, owing to the fact that they do not practice their religion.

Going to the mosque is less essential to them than being a decent person in life.

As a result, Albanians are generally secular and regard other issues as more essential.

Family, pride, or family pride is one of these things.

Family comes first for them; they believe that their family should be included in every decision they make since seeing their family happy makes them happy.

Family values and traditions are very important to them.

Instead of their faith, they want to preserve and practice these.

As a result, if their family accepts you as his or her lover, it means a lot to them.

How Can You Tell If Someone Is Albanian?

What Are The Characteristics Of Albanians?

They enjoy conversing with others and being among other people, and they do not like being alone for long periods of time. Entertainment is ingrained in the culture of Albanians. It doesn't matter how much more work they have to do these days; they all have a deep-seated need to both be entertained and entertain others.

What Race Is An Albanian?

Albanians are thought to be descendants of ancient Illyrian and Thracian tribes who colonized the region. The country is ethnically homogeneous, with Albanians constituting 96 percent of the population. Albanians are divided into two primary ethnic groups: Gegs and Tosks.

The Albanian people are widely regarded as having Europe's most alluring appearances.

The women of Albania are known for their stunning beauty; they often have dark hair and may have gray eyes.