Toronto's Pearson Airport Is Now The World's Second-worst For Delays 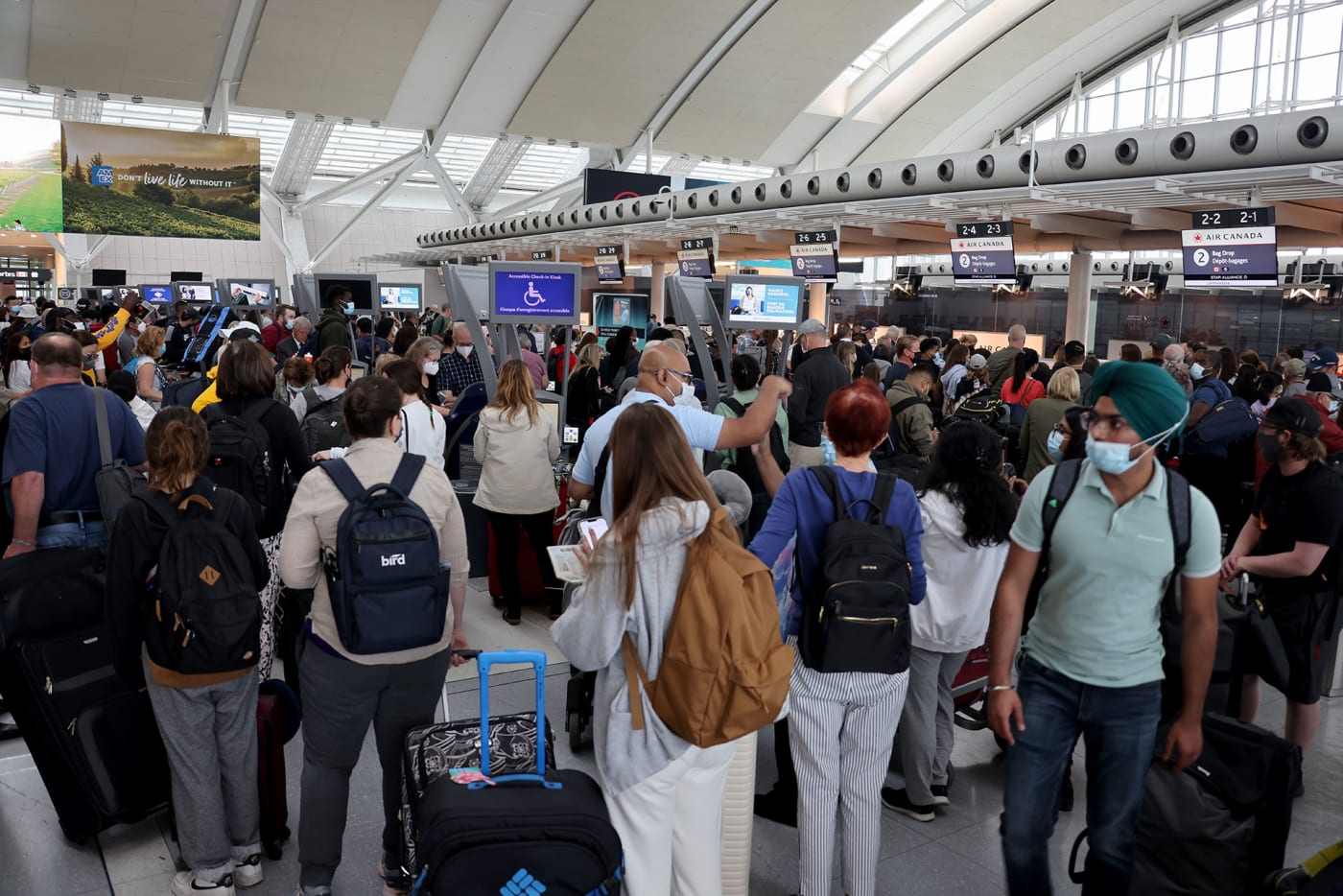 Shocking to some but Toronto's Pearson Airport is now the world's second-worst for delays.

On August 6, Fatima Sherefa, 17, had a difficult night at the Pearson International Airport in Toronto.

Her flight from Toronto to Winnipeg had been delayed multiple times, and then, shortly after midnight, it was canceled altogether.

Sherefa reports that the staff at Air Canada did not offer stranded passengers the option of spending the night in a hotel but rather distributed yoga mats to them instead.

Sherefa claims that she spent that night on the floor of a women's nursing room in the airport, sleeping on one of the mats provided there.

She said, "It was very terrifying, but also a new experience that I don't think anyone should have to go through."

Sherefa is one of the thousands of air passengers who have been caught up in the travel chaos that has gripped Canada's major airports this summer.

When COVID-19 restrictions were lifted in the spring, there was a sudden surge in travel, resulting in mass delays and cancellations, as well as airport congestion.

On Friday, Transport Minister Omar Alghabra told the House of Commons transport committee that COVID-19 and a labor shortage in the aviation industry are to blame and that the travel chaos is dissipating with the government's assistance.

However, the chaos is far from over. According to flight tracking service FlightAware, Toronto's Pearson airport, which had the most flight delays in the world for most of the summer, has only moved into second place.

Since May, over 7,000 disgruntled passengers have filed flight disruption complaints with the Canadian Transportation Agency (CTA).

The ongoing problems have raised concerns about whether the government is doing enough to address the issue, and whether it should have done more before the chaos began.

"The federal government needs to consider why this happened."

Walid Hejazi, an associate professor of economic analysis and policy at the Rotman School of Management at the University of Toronto, agreed.

"We are one of the world's richest countries, it's entirely unnecessary."

However, Tim Perry, a WestJet pilot and president of the Airline Pilots Association Canada, believes the government acted too slowly.

Perry claims he warned the transportation committee in January 2021, more than a year before the travel surge, that Ottawa, airports, and airlines needed to come up with a plan.

"There was no comprehensive coordination or aviation restart plan," he said. "A lot of what we see today was predicted back then."

Alghabra also stated on Friday that, with the assistance of the government, the situation at Canada's airports is improving.

According to the most recent FlightAware data, the situation is improving somewhat.

Between August 10 and August 17, 44.1 percent of flights departing Pearson were delayed, dropping the airport to second place.

This time, Gatwick Airport in London topped the list, with 45% of flights delayed.