Things To Do In Mauritius - Experience This Wondrous Volcanic Island 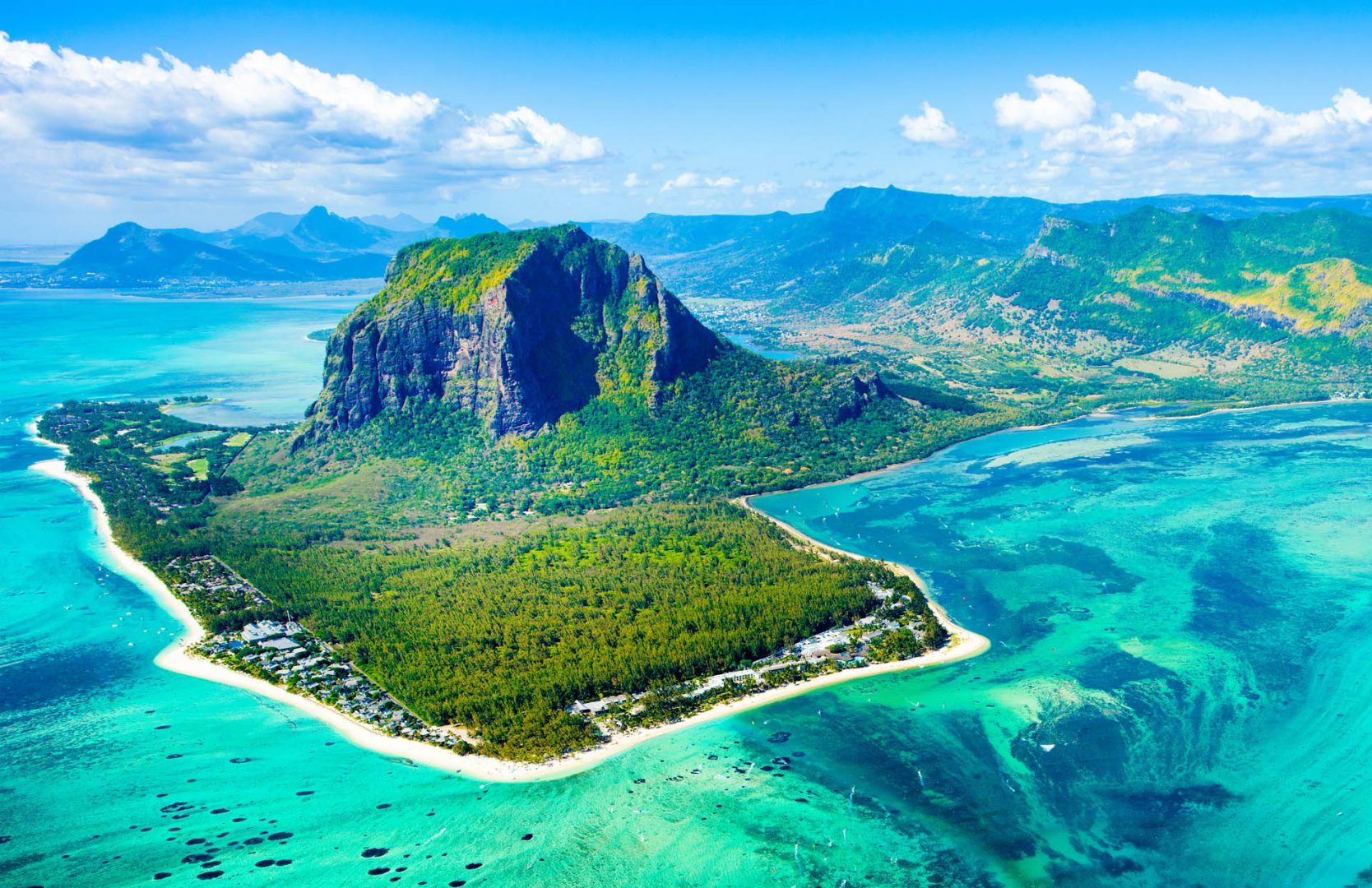 There are so many things to do in Mauritius. This amazing island was formed as a result of volcanic activity.

It is brimming with extraordinary natural treasures; these range from the multicolored earth at Chamarel and the crater lake at Grand Bassin to the dormant volcano at Trou aux Cerfs and the famous Le Morne Brabant which is deemed a UNESCO World Heritage Site.

In addition, the island of Mauritius is home to outstanding national parks, breathtaking waterfalls, an abundance of hiking paths (many of which reward hikers with fabulous vistas), and a remarkable botanical garden.

It also has some fascinating neighboring islets, and it is home to a plethora of indigenous plants as well as some very rare birds; this place is a paradise for people who enjoy being in touch with nature.

Mauritius, formally the Republic of Mauritius, is a Nation's Online country profile of the small isolated archipelago in eastern Southern Africa's Indian Ocean. 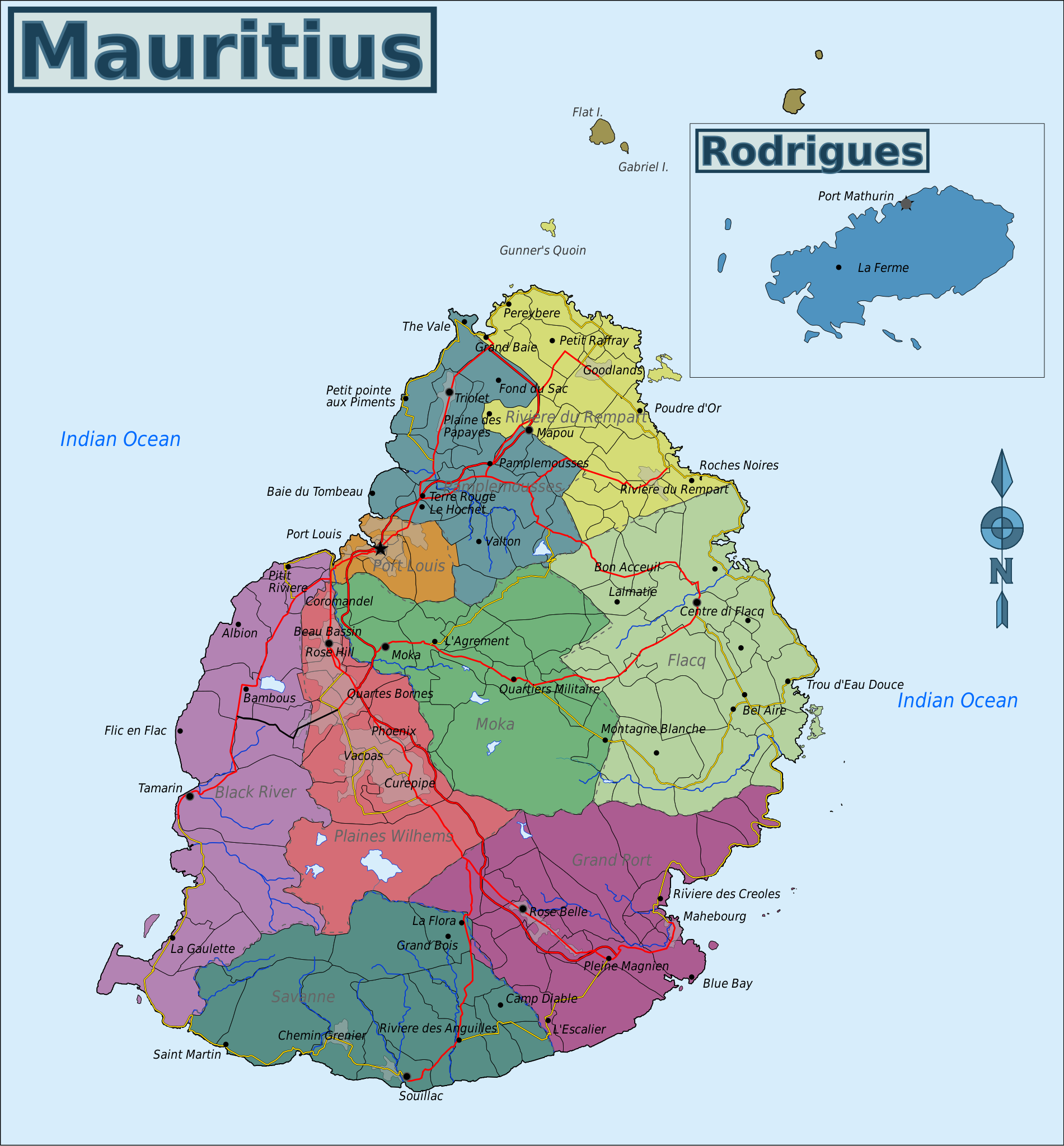 A detailed map of Mauritius

The island nation is located around 900 kilometers (560 miles) east of Madagascar and 180 kilometers (110 miles) northeast of French Réunion.

The Mascarene Islands include Mauritius, Rodrigues, and Réunion, with Mauritius being the largest. The island is approximately 61 km long and 45 km wide, with an area of 1,864 km2; it is somewhat smaller than Tenerife and around the same size as Maui, Hawaii.

The archipelago is home to 1.37 million people (in 2020). The island nation has the highest population density in Africa. Mauritius is home to nearly the whole population.

Port Louis is the capital and largest city. Morisien, English, and French are the languages spoken. Morisien is a Creole language based on French that is spoken by nearly the whole population.

Rodrigues, a lightly populated and isolated 108 km2 (42 sq mi) volcanic island in the Indian Ocean, located about 500 km from the main island.

Mauritius Things To Do

Mauritius is a picturesque island republic in the Indian Ocean off the southeast coast of Africa. Rodrigues and Mauritius islands, as well as the outer islands of the Mascarene Islands, make up the country.

Mauritius has magnificent white sand beaches, breathtaking blue ocean, mountains, UNESCO World Heritage Sites, and so much more all crammed into one country.

Another excellent Mauritius attraction is the Black River Gorges. This amazing national park of 6,574 hectares was established in 1994 to conserve Mauritius' last native woods. 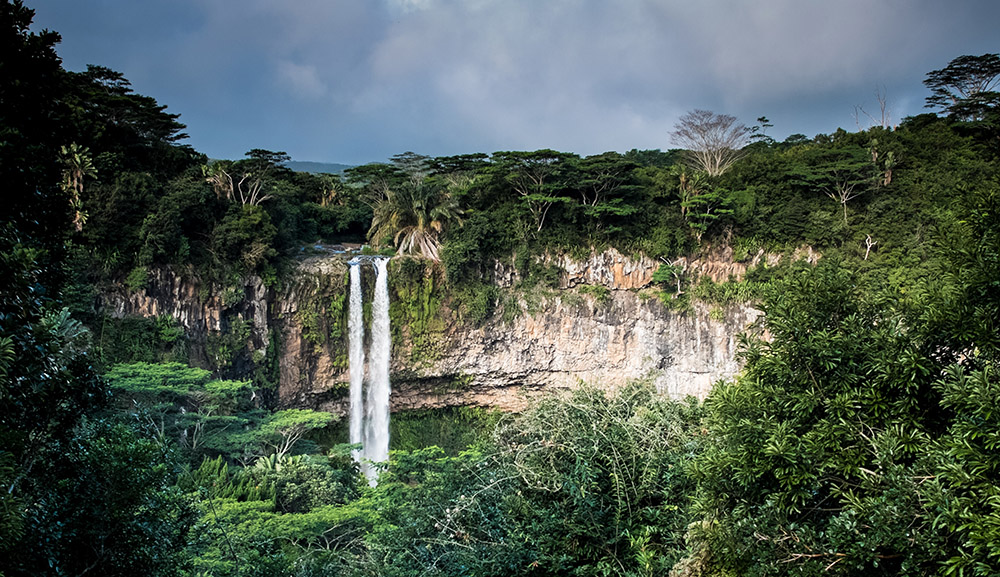 An aerial view of The Black River Gorges National Park

Locals in Mauritius know where to go for a fun-filled night out: Grand Bay! There are wonderful restaurants, bars, and discos, as well as numerous shopping choices. 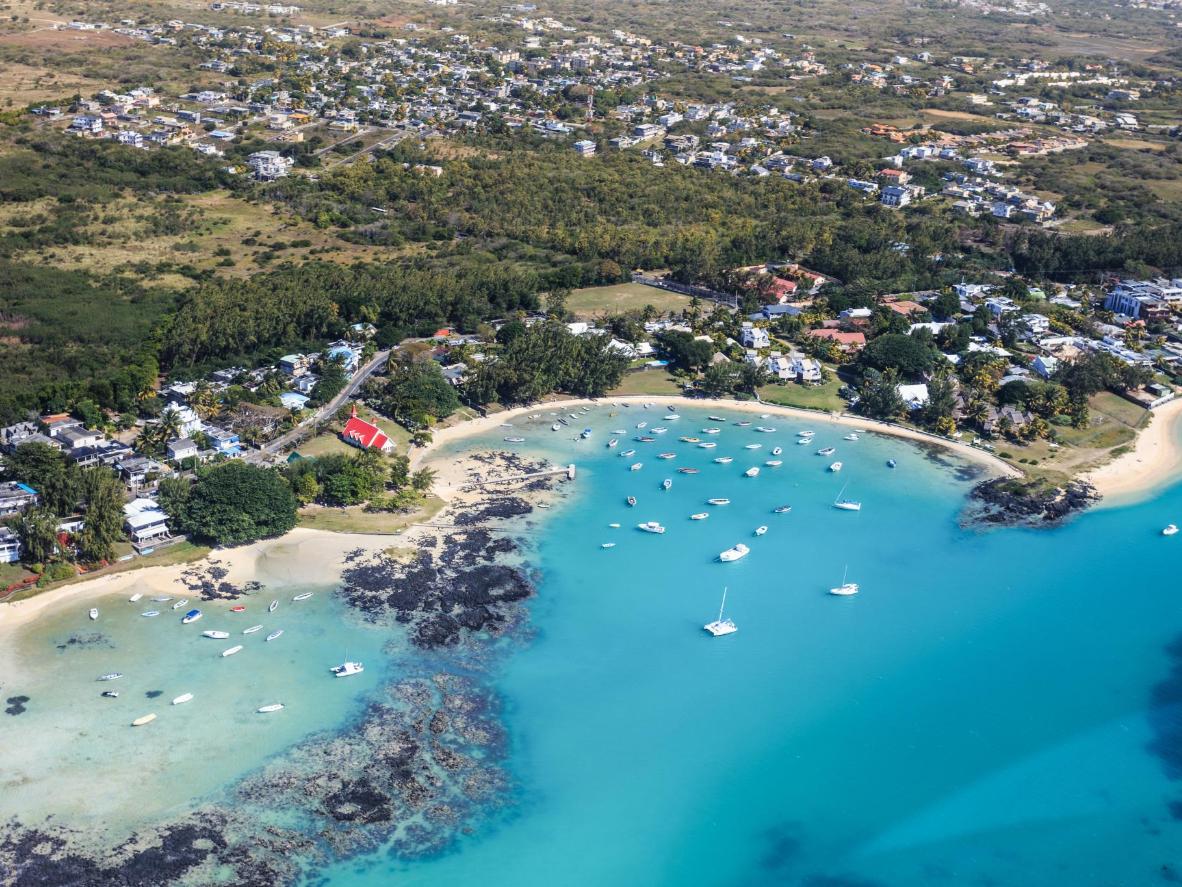 An aerial view of Grand Bay

The beach at La Cuvette is a wonderful spot to unwind and enjoy your visit. This is a true tourist destination with some fantastic Mauritius attractions.

As the nation's capital and largest city, Port Louis should be high on your list of must-see destinations as soon as you arrive in Mauritius.

You could spend more than a day here, and you still wouldn't see everything that's going on because there are so many different things going on.

Head on down to the picturesque central market or bazaar in Mauritius if you're looking for suggestions on what to do while you're there.

You can obtain locally grown veggies, unusual cuisines, local products and spices, arts and crafts, and other kinds of trinkets and keepsakes here. You can shop for affordable clothing in Port Louis, which is the city's reputation.

You get a lot of bang for your buck with these goods, which include some items created locally and others imported from India and China. It is the place where the locals buy for their own goods, including things like curry and teas, and it is also where tourists shop.

In addition, while you're there, you can visit the Port Louis Theatre. In general, spending a day in Port Louis is a lot of fun, and it is one of the top places to visit in Mauritius due to the wonderful cultures and customs that can be found there.

You may also schedule a full-day guided tour of the city if you're interested, which is something that we highly recommend doing.

In general, visiting this historic colonial city is one of the most enjoyable things that can be done in Mauritius.

One of the most well-known activities available on the island of Mauritius is deep sea fishing. 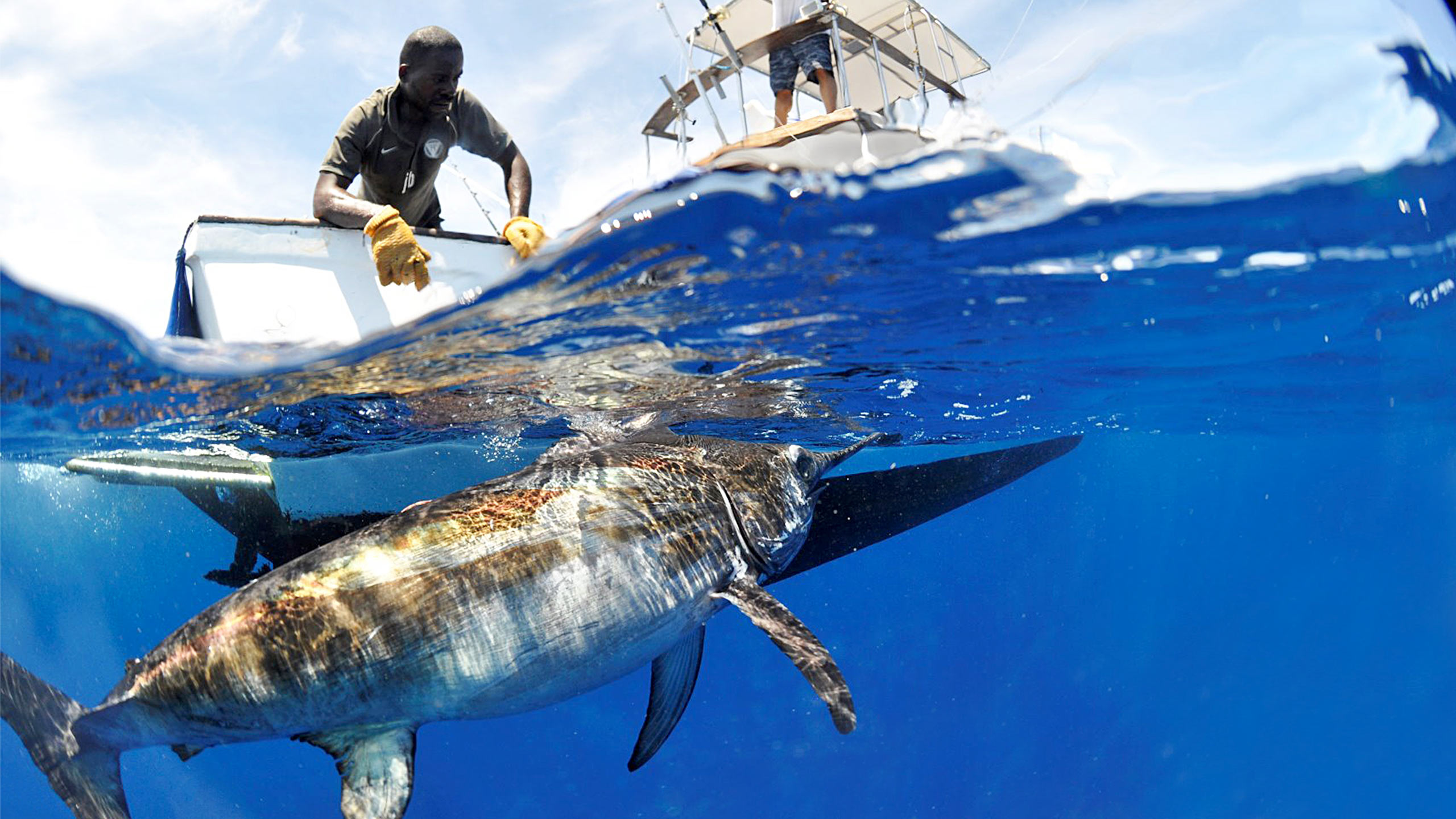 The surrounding sea is home to a diverse population of large fish species, some of which include blue and black marlin, yellow tuna, various species of barracuda and sharks, and a great deal of other large predators.

In the months of February and March of each year, the Marlin World Cup is competed for in the waters surrounding the island of Mauritius. There are several different world records for fishing, some of which include the mako shark, the blue shark, the bonito, the white tuna, and the Becune.

There have been a lot of other catches that have come extremely near to the record.

The majority of the hotels will have fishing boats available for hiring, making for an unforgettable experience. A trip to Mauritius should absolutely involve all types of activities, but in particular, some time spent offshore fishing.

Chamarel is another excellent activity to do in Mauritius. This location has some incredible colored sand that you won't want to miss. 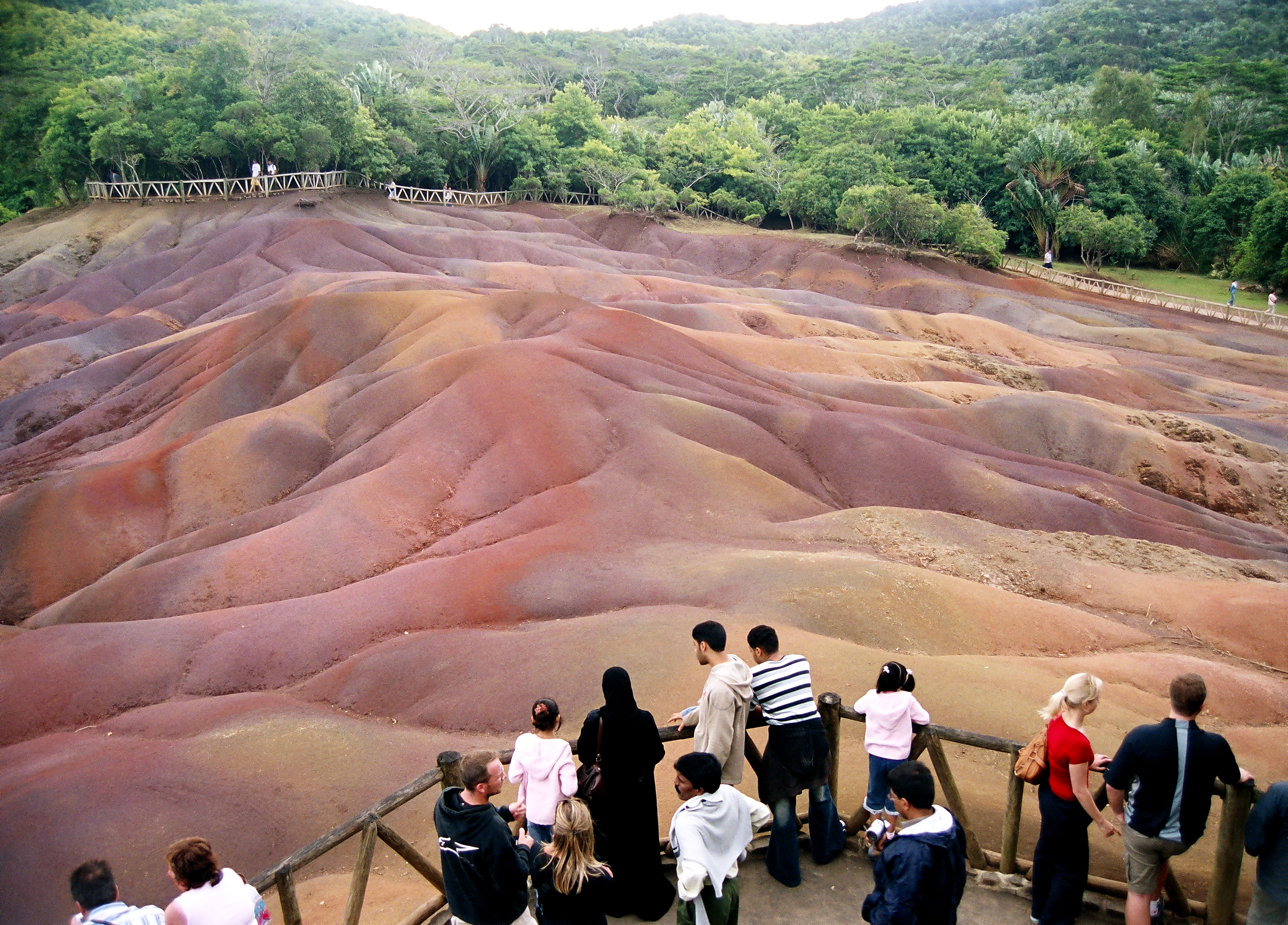 It depicts an undulating landscape with diverse and contrasting color hues.

There are blues, greens, reds and yellows that are thought to be the result of the erosion of the volcanic ash.

The Chamarel waterfalls, which come from the moors and highlight a profusion of natural plant life, are nearby.

After spending the afternoon sightseeing in this area, stop in Chamarel Village and have some local cuisine while watching the sun set over Le Morne and the southern section of the island over the Indian Ocean.

The best way to see Chamarel is to join this enormous full-day tour, which covers nearly all of the area's highlights.

Blue Bay is one of the most famous tourist destinations in Mauritius. With its stunning beaches and crystal-clear waters, it is undoubtedly a spot where you will want to spend a significant amount of time. 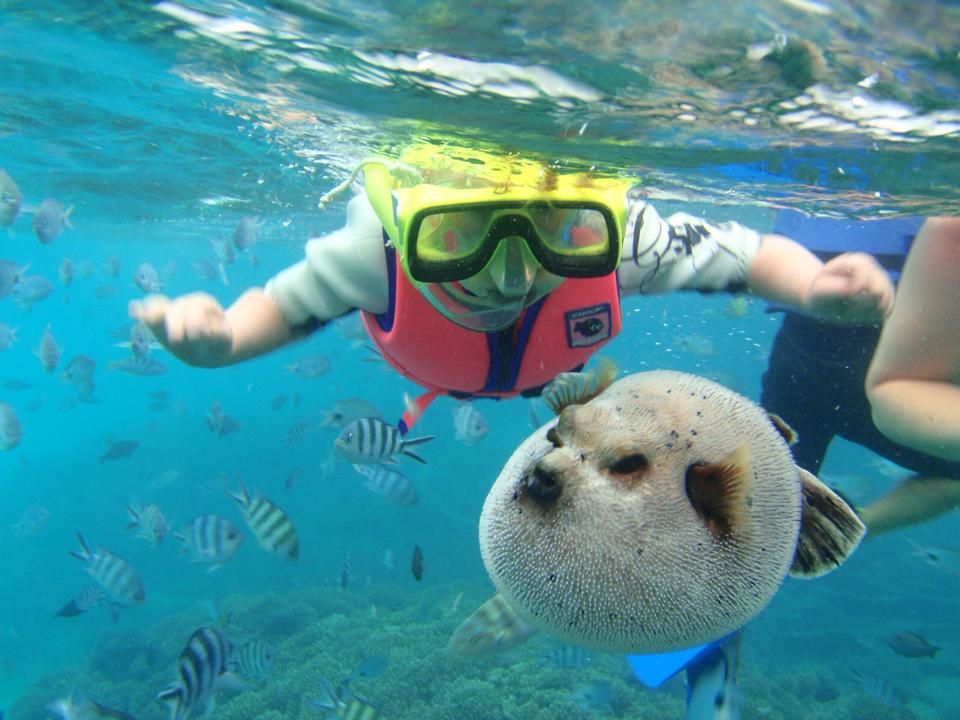 The Blue Bay Marine Park is located on the southeast coast of Mauritius, close to the airport and various hotels, all of which are within walking distance, making it extremely handy.

It's an incredible area where you can scuba dive, snorkel, surf, sail, or participate in whatever water sport you choose, or simply spend the day sunbathing with a tropical drink in your hand. There is no better way to unwind and enjoy your holiday!

Over 50 different coral species, some of which are quite rare, are found in a unique network of reefs that break the ocean waves to defend the bay.

There are also several fish species in the shallower water, making snorkeling or diving an unforgettable experience.

If you're not an experienced diver but want to try it, Grand Bay offers an introductory dive.

'Ile des Deux Cocos,' an islet within the lagoon atop the marine park, should also be on your list of things to do in Mauritius while visiting this location.

What Mauritius Famous For?

Mauritius is well-known for the Dodo (an extinct flightless bird about the size of a swan), a multicultural population, and extraordinarily pricey resorts (up to $600 per night and more). The island caters to the more affluent clientele. Mauritius rum, sugar, fruit preserves and stunning sceneries.

Are Things Cheap In Mauritius?

Which Month Is Best For Mauritius?

The months of May through December are ideal for visiting Mauritius since the weather is cool, dry, and bright. The ideal summer weather and friendly atmosphere attract travelers from all over the world looking for a holiday spot where they can relax and enjoy the sun and waves at beaches.

Overall, Mauritius is one of the most incredible destinations you will ever have the opportunity to visit.Whatever it is that you are interested in, you will be able to pursue it here while still having the most peaceful vacation that you could ever want to imagine.