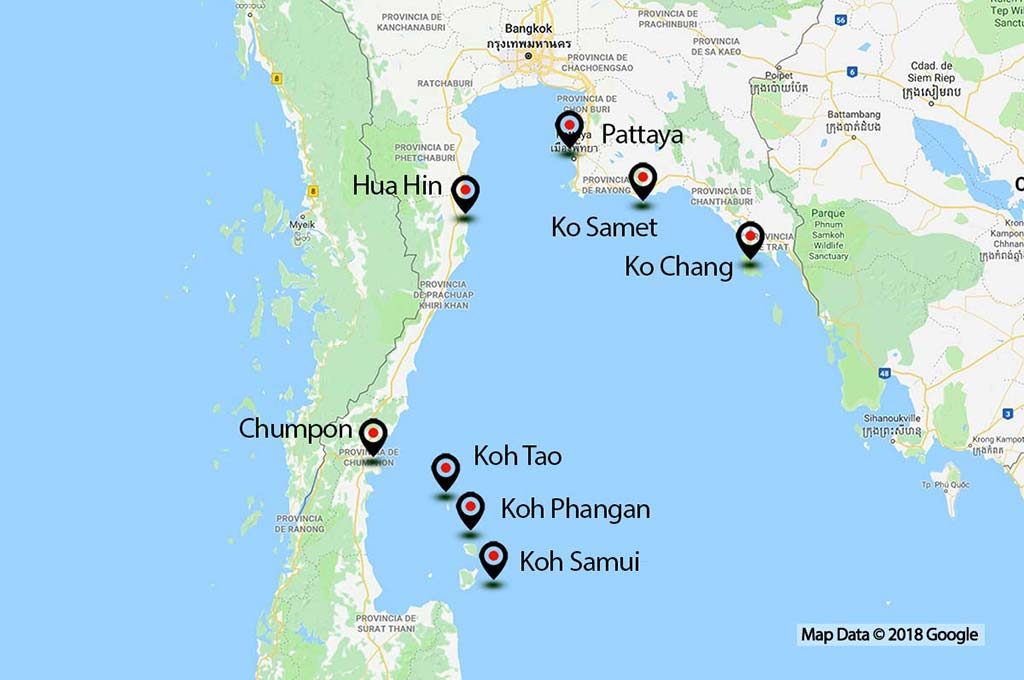 With warm water and weather, wonderful cuisine, pleasant and relaxed people, nice accommodations, and a cheap cost of living when compared to the Caribbean, Indian Ocean, or Pacific island paradises, Thailand beaches map region has been in the beach business for a long time. 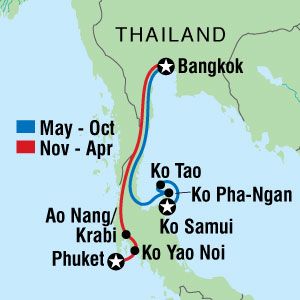 As the only beach destinations with international airports, Phuket and Ko Samui are both handy and crowded—particularly with packaged tourists — making them a mixed bag.

Thai roads are typically great, and the country's transportation system is pleasant and dependable, so taking a trip to Bangkok and then a bus or minibus or even a short flight to the location of your choosing is not a major inconvenience.

The Thailand beaches map region are typically big, covered with smooth white or beige sand, adequately maintained, and situated in unusual but generally agreeable surroundings that are both crowded and peaceful.

Thailand's biggest island, Phuket, is the country's most populous. It is situated on the Andaman Sea, in the southern Thai province of Krabi. The island is largely mountainous, with a mountain range running from the north to the south of the island in the west of the island.

If you desire a refined holiday in a handy and well-developed location, Phuket is the choice for you. Phuket is the place to go if you want a large variety of options that are conveniently accessible. Krabi, on the other hand, is a fantastic destination if you want to rest or play in a natural environment. 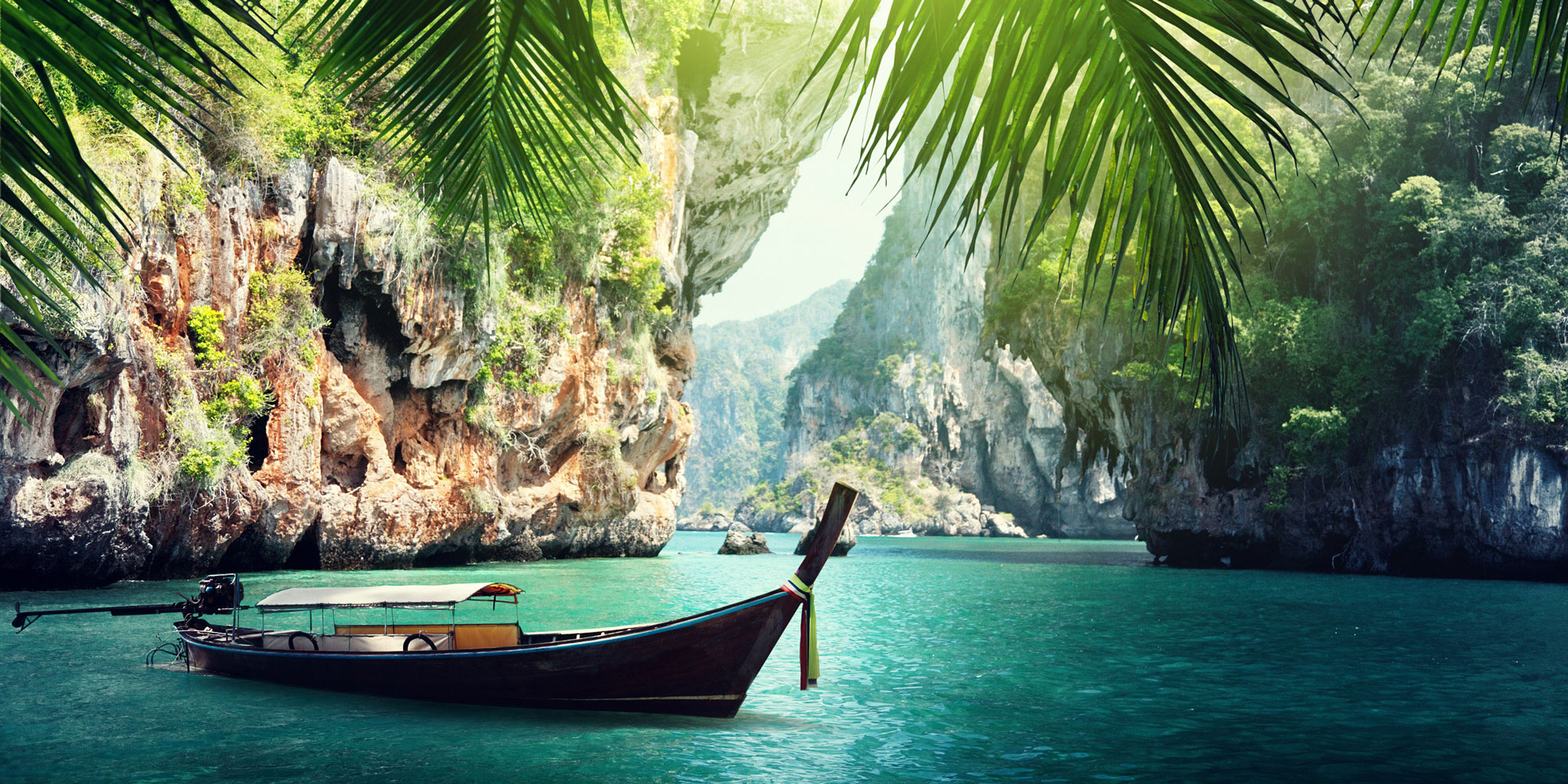 Choose east coast beaches in the gulf of Thailand beaches for the calmest seas, albeit access is a bit less accessible than west coast beaches due to the fact that Phuket has an airport.

Only Koh Samui, on the Gulf side, has its own airport and is contemplating constructing another (which is a very good reason to avoid that island, since it is often uncomfortably crowded).

Which Island In Thailand Has The Best Beaches?

Koh Lipe is one of the 51 islands that make up Tarutao Marine Park, which is located in southern Thailand near the Malaysian border. It is often referred to as having the most beautiful beaches in Thailand. It offers a magical blend of seclusion (there are significantly fewer people here than on Phuket or Samui), picture-perfect beaches, and luxurious accommodations.

Thailand may be a fairly affordable destination to visit, particularly during the low season and in the northern regions of the country. Thailand beaches map region is still a terrific cheap trip, even in the southern regions, thanks to the stunning beaches and genuinely delectable dining options.