These Stonehenge Pictures Will Make You Revisit Its History 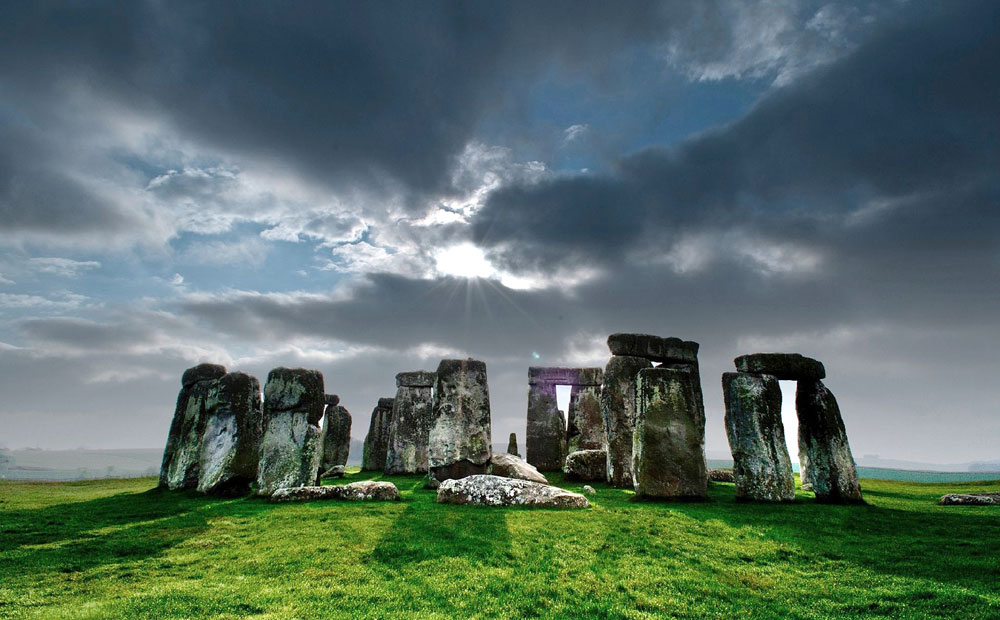 Professor Mike Parker Pearson, a leading archaeologist, concluded after 6 years of extensive excavation of the entire plain of Stonehenge pictures that Stonehenge commemorates a royal dynasty, most likely of Welsh origin – hence the labor of dragging 80 three-ton Welsh bluestones from Preseli Hills, about 250 miles away.

The larger Sarsen stones weighed roughly 40 tonnes and had to be hauled from a distance of 20 kilometers.

England Stonehenge on a grassland in clear morning weather

The Stonehenge pictures earliest ditch-and-bank monument was cut into Salisbury Plain around 3030-2880 BC (5, 000 years ago), according to cremation grave fragments found at Stonehenge.

The stones are roped off, so no touching is permitted; if you want to hug megaliths, go on the night before the summer solstice, or go to neighboring Avebury, where the stones are smaller but still spectacular, and the setting is semi-rural and less crowded.

Over a 600-year period, between 150 and 240 persons were buried in 'Aubrey Holes' around Stonehenge, complete with ceremonial weapons and antler 'pick-axes,' leading Parker Pearson to assume that this was a single royal family's massive burial.

Furthermore, Durrington Walls, which had a big timber henge, is 2 miles (three kilometers) away and exhibits traces of a massive population, probably 100,000 people, with cremation ceremonies on the nearby Avon River.

A ceremonial track leads 3 kilometers up the river, through (holes for) four bluestones, to Stonehenge. To put it another way, Durrington was the living's home, and Stonehenge was the dead's, and both were part of the same complex.

How To Get To Stonehenge

However, because the Stonehenge area has so many interesting sights and stonehenge history to see, including Avebury, various White Horses, crop circles if you're lucky, and more, as well as the cities of Salisbury and Winchester and the lovely Dorset coast just an hour away, many tourists choose to stay in Salisbury, which is the closest city to the henge.

It's a short drive from Salisbury, or you may take an official Stonehenge tour bus or an ordinary public bus, however, the latter will require a half-hour walk from Amesbury. 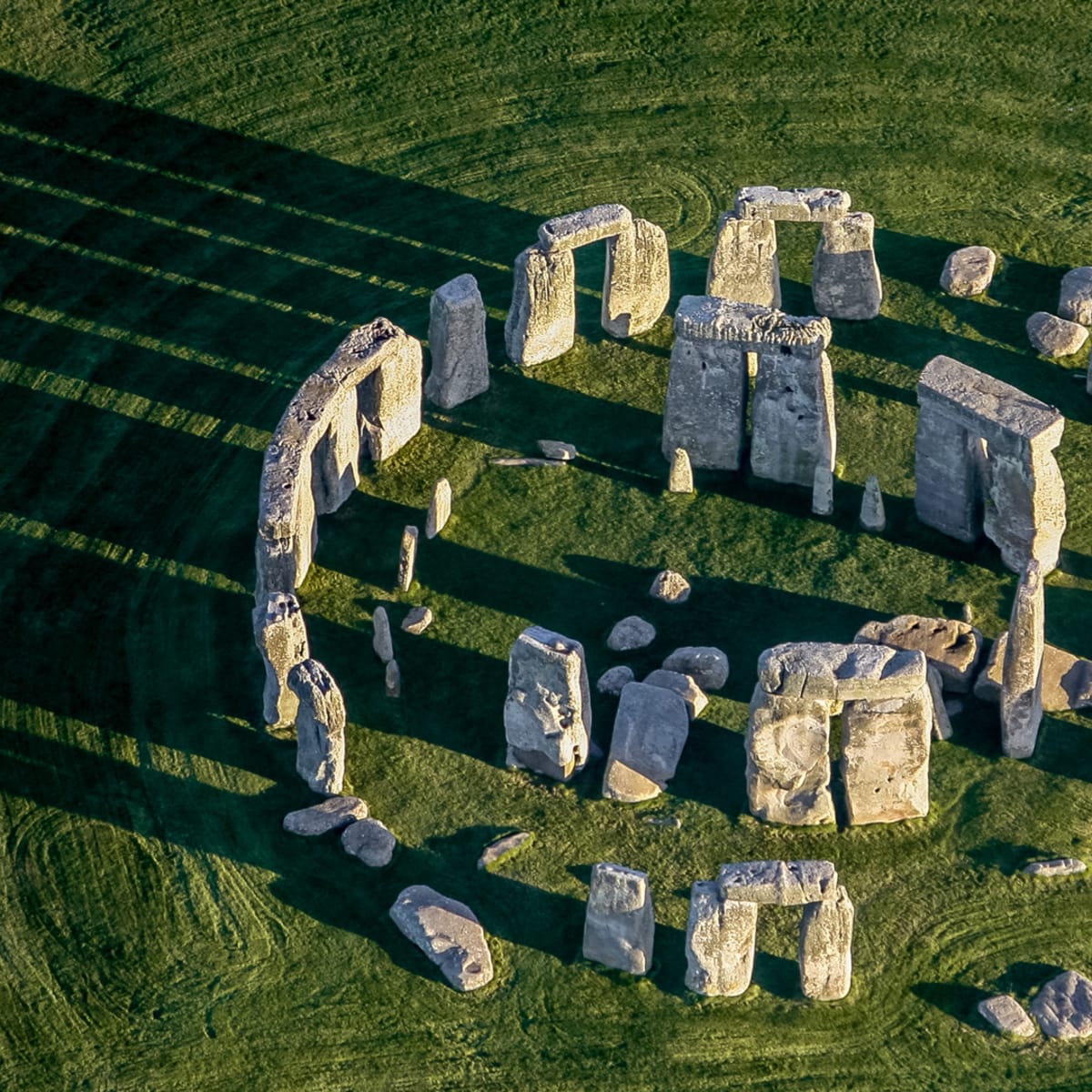 Stonehenge, a UNESCO World Heritage Site, is located in the gently rolling, rural Salisbury plain of Wiltshire county, about an hour and a half from London. It's a very austere but fitting place, albeit two little roads passing nearby detract a little.

As one of England's most important monuments, it attracts a lot of visitors, although the English Heritage organization has done a fantastic job of concealing the visitor center and parking lots, as well as reducing inside fencing to a minimum.

The inexpensive entry charge includes excellent multilingual portable audio players that provide clear and detailed information on all aspects of Stonehenge. The walking path around the stones is at a safe distance, but touching them is prohibited. Photographs of Stonehenge are, of course, authorized.

Stonehenge is closed on Christmas Eve, Christmas Day, and Boxing Day, as well as the days before and after the summer (June 21) and winter solstices (December 21), as the police attempt to keep the estimated 15, 000 overnighting Pagans, Druids, Gypsies, New Age Travellers, Ravers, and wackos of all kinds from getting high on the stones, literally and metaphorically.

Physical access to the stones is only permitted on the Midsummer Night of the Summer Solstice or with authorization from the English Heritage organization (because of the risk of vandalism).

If a traveler wants to get up close and personal with ancient stones but is unable to visit in mid-June, the best option is to travel to Avebury, where comparable – though smaller – stones are delightfully positioned and accessible.

The Stonehenge circle is aligned to midsummer sunrise and sunset, as well as some special moon phases, but this astronomical alignment is more likely to have been used for pagan ceremonies than for determining optimal agricultural timing, such as when to sow seed or harvest.

The predominantly gendered symbolism of Stonehenge's concentric stone configurations – like a womb and vulva – comes from ancient peoples who lived in close proximity to nature and had a powerful belief in the Earth Mother and Sky Father.

The Sky Father is required to enter the Earth Mother to ensure the fertility of crops, animals, and families, and this is readily seen about 5 a.m. from the 18th to the 24th of June when the sun is shining brightly (visible from the roadside through the fence).

The phallic Heel Stone's shadow reaches the vulva arch and comes into contact with the Womb (or Cult) Stone (shown above, albeit not at sunrise!).

A basic circular earth bank and ditch with a central sanctuary was Stonehenge's earliest design. A wooden building was built there around 500 years later, and around 2950 BC, a powerful Neolithic chieftain was inspired by his priests to transform it into a massive sacred edifice by hauling eighty big bluestones from Wales on sleds, shaping and arranging them in a double circle.

A few years later, larger Sarsen stones (a type of sandstone) and lintel stones arrived from Avebury, which was only twenty miles (30 kilometers) distant.

Although the big vertical stones were definitely tipped into pre-dug holes before being levered upright, it is unclear how primitive man convinced the massive lintel stones to sit on top of the verticals — into pre-carved joints.

A gathering of roughly 15, 000 individuals watched the sunrise over Stonehenge on the morning of the Summer Solstice (21st June).

Large amounts of alcohol, as well as backpacks, sleeping bags, and other large baggage, are not permitted on the premises.

Only in small quantities for personal use!

Also, no glass (i.e., alcohol bottles). On the site, dogs, cycles, camping equipment, seats, pyrotechnics, fire-making equipment, or amplified musical instruments are not permitted, while children in pushchairs are tolerated.

There are no weather promises, therefore it rains.

From the evening of June 20th to the early morning of June 21st, public buses travel from Salisbury Railway and Bus Stations to Stonehenge.

Touching the stones is permissible, but not climbing, standing, or leaning on them.

Stonehenge is home to Druids who practice pagan ceremonies.

A new tourist center, 2 miles (3 kilometers) from the stones, has far more facilities than the previous center, and guests who want to ride can take the land train to the site.

There are no museums on the Stonehenge site, although Salisbury Museum (Cathedral Close) and Devizes Museum, both 7 miles (10 kilometers) distant, have notable collections of relics (Long Street).

December 2014: The British government proposes to spend £2 billion to create the A303 and A358 dual carriageways throughout the region, including a tunnel at Stonehenge.

What Is So Special About Stonehenge?

This is a brief summary of the significance of Stonehenge, which is as follows: Stonehenge is the most architecturally complex and only surviving lintelled stone circle in the world, and it is also the most visited. When the monument was in its earliest stages, it was one of the largest cremation cemeteries known to exist in Neolithic Britain.