The Complete Guide To Iceland Maps, Where The Landscape Is Beautiful And The People Are Adventurous 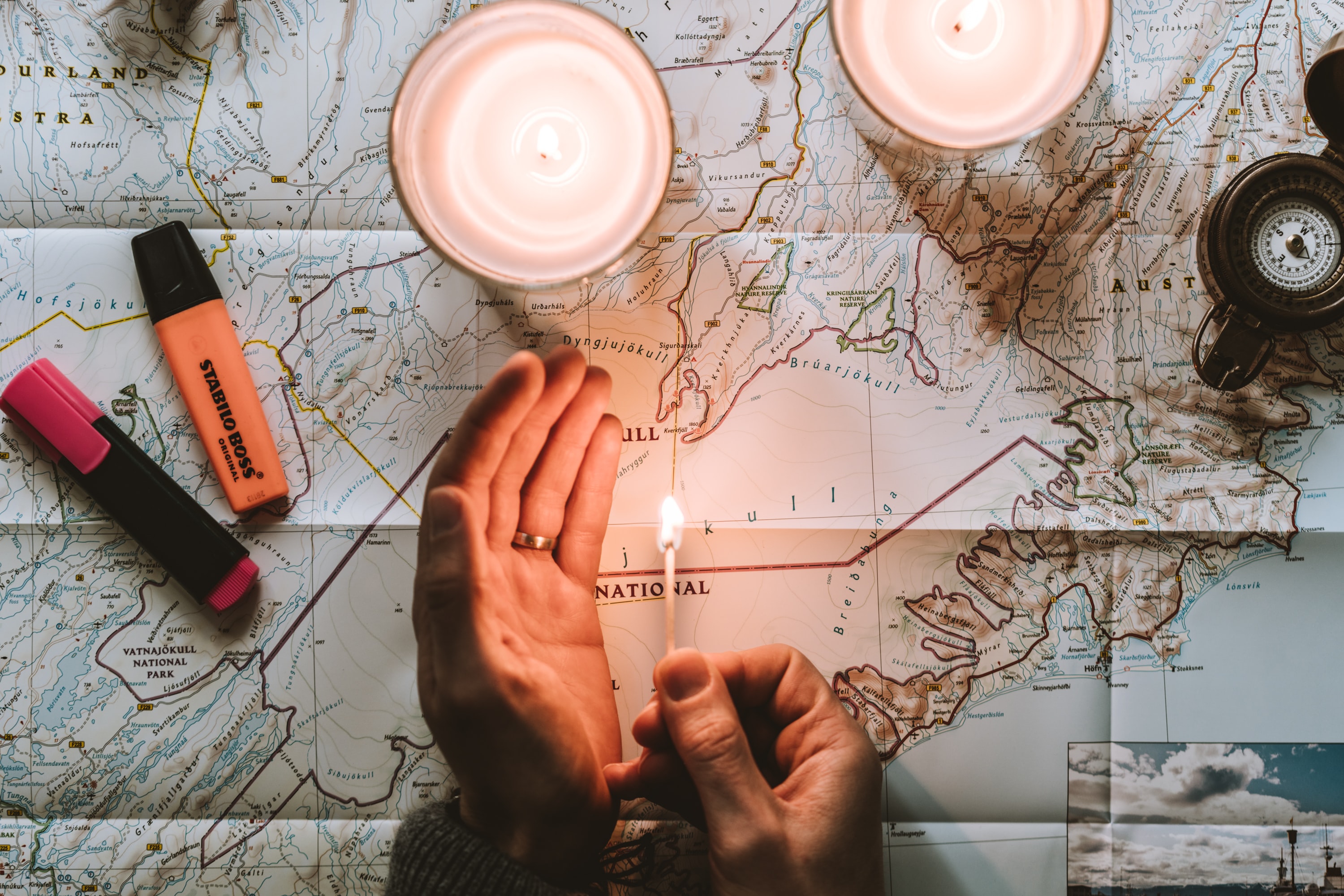 Iceland is located in the far western part of Europe, as shown on the Iceland map. Iceland is an island republic in the Atlantic Ocean, directly amid the Mid-Atlantic Ridge, as seen on the map. This is why the island country is in a volcanically active zone. The interior of Iceland, on the other hand, is largely made up of a plateau with sand plains, mountains, and glaciers.

The Gulf Stream warms the country's environs, giving it a mild climate despite its proximity to the Arctic Circle. Reykjavik, the country's biggest and capital city, is situated on the country's western coast. Not only that, but the city and its environs are home to almost two-thirds of the country's inhabitants. Iceland's government is a representative democracy with a parliamentary republic. Iceland is most likely the world's oldest democratic democracy.

The president, or head of state, is chosen by a public vote for a four-year tenure. There is no term restriction in Iceland. As compared to other OECD nations, Iceland boasts a free-market economy with minimal taxes. Despite its distant location, Iceland is one of the world's most developed countries, with the United Nations' Human Development Index ranking it as the world's 17th most developed country in 2010. Furthermore, Iceland possesses the world's most free press.

Iceland is a tiny island nation in western Europe that is home to Reykjavik, the world's northernmost capital. Eleven percent of the country is surrounded by water and glacial ice. Rising ocean levels and melting ice might prove disastrous for Iceland if global warming continues.

Iceland is a volcanic island with a lot of volcanic activity. During an eruption in 2010, ash rose into the stratosphere and halted European air travel for weeks. The Eyjafjallajokull volcano, which stands at 5,466 feet (1,666 meters) above sea level, erupted.

In between the Greenland Sea and the North Atlantic Ocean lies Iceland. It is located in the northwest of the United Kingdom and is somewhat smaller than Kentucky.

The area is a plateau with mountain peaks and ice fields, with fjords, which are deep inlets created by glaciers, marking the shoreline. 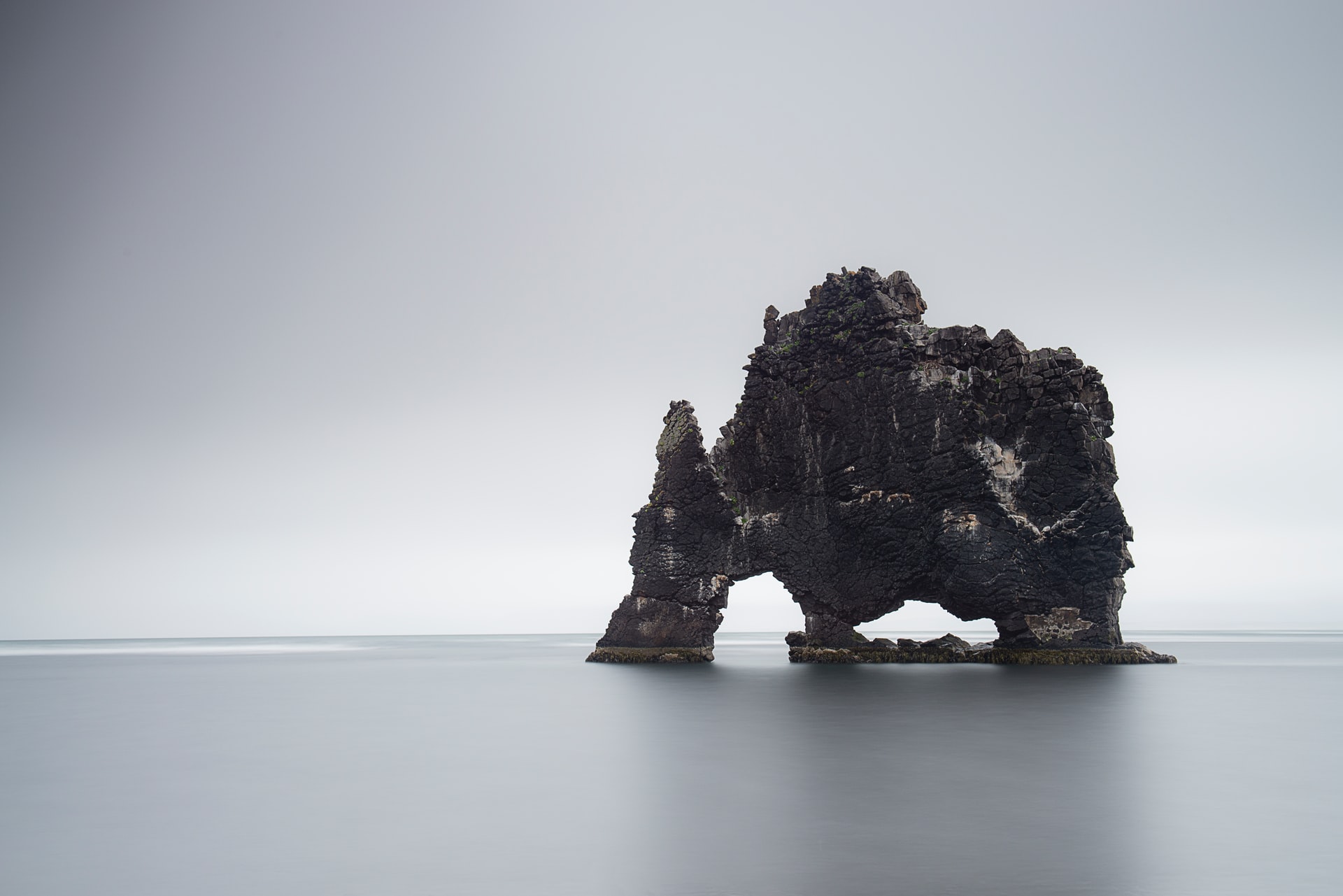 Because Iceland is so isolated from the rest of the world, its culture has strayed from its Scandinavian roots. Furthermore, with a relatively tiny gene pool until recent decades, its population has evolved distinct features. In the country of ice and fire, there is a strong sense of national pride. Icelanders are passionate about preserving their culture and ancient rituals.

Many Icelanders, in general (and from personal experience), procrastinate a lot. They have a saying: "Etta reddest," which translates to "everything will turn out well." This approach is used by some Icelanders to rationalize deferring activities and projects until the last possible moment (or minute).

Other Icelanders, on the other hand, have a reputation for having a strong work ethic. They are proud of how many hours they work in a day or week and how much they accomplish. Who knows what type of person you'll meet here? Icelanders are as varied as the inhabitants of any other country.

Iceland can undoubtedly be described as a country with a strong sense of national pride. Icelanders strive to improve their country, whether through the preservation of their culture or the support of sports teams.

The realm of ice and fire is rich in creative talent for a country with such a small population. Iceland has a large number of successful authors, musicians, and artists per capita, many of whom you will recognize. Icelandic artists like Kaleo, Björk, Sigur Rós, and Lafur Arnalds have been well-known around the world.

It's no surprise that outdoor activities like bathing in hot springs, skiing, horseback riding, and, of course, gazing up at the stunning aurora borealis—the Northern Lights—are a big part of Iceland's culture and customs. To pass the time on frigid winter evenings, Iceland has a rich literary history of poetry and sagas. 90% of Icelandic homes are heated by hot springs, which provide the majority of the country's power and heat.

Because Iceland is such a tiny nation, family is very essential. Icelandic families are often bigger than those found in other Northern European nations. Although extended family members seldom live together, uncles, aunts, and grandparents frequently assist with childcare. Because the majority of Icelanders have lived there for a long time, many Icelanders enjoy researching their family history.

Housework is shared by the entire family in Icelandic culture and customs. Icelandic teenagers are educated to be self-sufficient, and they are required to clean their rooms, change their linens, vacuum or wash the floors, cook meals, and clean the kitchen after each use.

Icelandic teenagers are self-sufficient and make time for sports, parties, movies, chess, and outdoor activities. As part of a broad climate of creativity and encouragement, instructors and young people have casual and pleasant interactions. Students participate in hobbies such as hiking, modeling, and cuisine through school organizations such as photography, film, radio, and chorus.

On Men's Day, husbands and boyfriends are honored by receiving flowers or being taken out to supper. People in Iceland hold mid-winter feasts with traditional dishes such as dried fish, fermented shark flesh, and liver pudding throughout this month, according to Icelandic culture and custom. The day following, orri, Women's Day is observed. Wives and girlfriends are given flowers and gifts to commemorate Women's Day.

Icelanders consume a lot of fish, cheese, and skyr, which is a type of yogurt made in Iceland. Fish, lamb, and dairy products are staples of Icelandic cuisine. Cod, haddock, halibut, plaice (a form of flounder), herring, salmon, and trout are among the many species of fresh fish available.

Hangikjöt (smoked mutton), the traditional Christmas Day supper, is a popular dish. Dinner is the most significant meal of the day since it is when the entire family gathers. Most meals come with boiled potatoes. A large variety of fresh fruits and vegetables are also accessible thanks to Iceland's many greenhouses.

The Lutheran State Church is attended by the great majority of Icelanders. Hallgrmskirkja, one of the capital's most prominent structures, is a church dedicated to this faith.

However, the Old Norse religion, known in Iceland as Satr, has seen a comeback in recent decades. Satrarfélagi (The Satr Fellowship) today represents over 1% of Icelanders and is the country's sixth-largest religion. It includes, but is not limited to, the study of old Icelandic works like the Prose Edda.

Iceland is a constitutional republic with a parliamentary system. Suffrage is guaranteed to all women over the age of eighteen. The president is chosen for a four-year term by direct public vote, with no term limits.

The government, which is chosen independently from the presidential elections every four years, wields the majority of executive authority. The Althingi is a 63-member legislative body that is chosen by popular vote for a four-year term. The Supreme Court and the lower courts have judicial power.

The flag is blue with a red cross highlighted in white fimbriation that extends to the margins. The colors represent three of the island's elements: red represents volcanic flames, white represents snow and glaciers, and blue represents the skies above.

Iceland, as an Arctic island, has a plethora of beautiful beaches that run the length of its coastline. People may envision a bright resort with modern amenities or untamed stretches of white sand tucked away by tropical trees and small cottages when they think of going to the beach.

However, because Iceland has a higher quantity of black beaches, people prefer it to its lighter-colored cousins. White, golden, and gold beaches can be found primarily on the Snfellsnes Peninsula and in the remote Westfjords, with a few others in and around Reykjavik.

It's no surprise that the Blue Lagoon is one of Iceland's most famous tourist attractions. The stunning milky-blue lake stands out against the surrounding black lava fields and creeping grey moss-like nothing else on the planet. All year long, the Blue Lagoon stays at the same temperature of 102 degrees Fahrenheit (39 degrees Celsius). This makes it ideal for swimming.

The lagoon is located on Iceland's Reykjanes Peninsula, which is known for its desolate landscapes and cone-shaped volcanoes. Keflavik International Airport is about 14 miles (23 kilometers) away. The distance between Reykjavik, Iceland's capital, and the Blue Lagoon are 30 miles (49 kilometers). As a result, it's a great place to visit either as your first stop in Iceland or as your final one before departing.

The Blue Lagoon in Iceland swiftly became the country's most visited attraction, rivaled only by the Golden Circle touring circuit, due to its superb location, calming waters, and rich skin-nourishing advantages.

What Is So Special About The Blue Lagoon In Iceland?

It's well known for its mineral-rich steam and soft white silica mud, both of which offer skin-healing properties. People have been bathing in the Blue Lagoon and applying silica mud to their skin for a long time, and scientists have even looked into its healing properties.

Does Iceland Have Good Beaches?

Iceland has some of the most beautiful beaches on the planet. Iceland's beaches, whether it's the Northern Lights, the Blue Lagoon's magnificent beaches, or a one-of-a-kind experience, provide some of the most breathtaking vistas in the world.

According to the Iceland map, Iceland is an island republic strategically placed in the North Atlantic Ocean, on the Mid-Atlantic Ridge, between Europe and North America. Iceland is situated in both the northern and western hemispheres of the globe. Iceland, which is just south of the Arctic Circle, has a lot of water around it. The Atlantic Ocean is on the south; the Greenland Sea is on the north; the Denmark Strait is on the northwest, and the Norwegian Sea is on the east.