Heathrow Is Warning Of Uncertain Demand This Winter 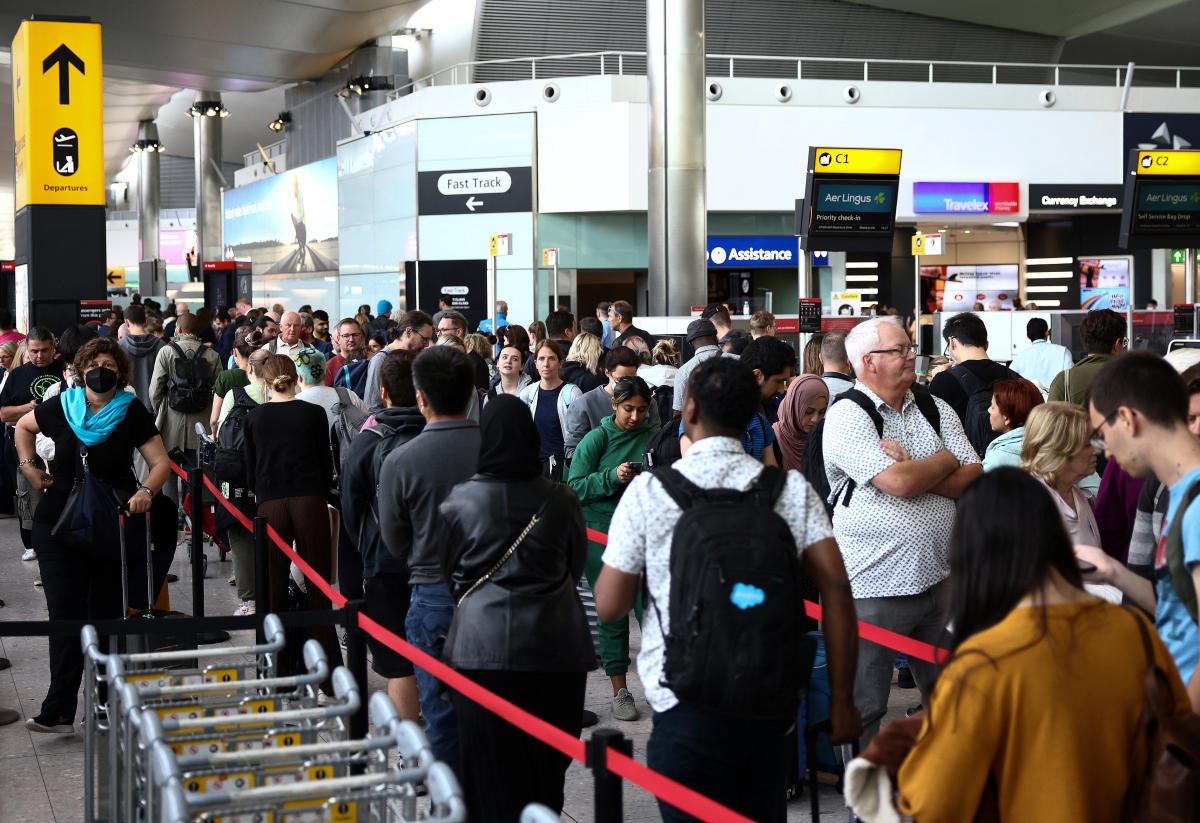 This winter Heathrow is warning of uncertain demand. As London Heathrow prepares to lift its daily passenger cap at the end of October, the airport anticipates that demand will "remain uncertain" in the coming months. Heathrow is the primary airport serving the United Kingdom.

Despite having a daily limit of 100,000 passengers who were leaving the airport since the middle of July, Heathrow claimed that it was the "busiest European hub" during the summer.

Heathrow Airport, which was formerly referred to as London Airport until 1966 and is now more commonly referred to as London Heathrow, is a major international airport located in London, England. It is the most important of Greater London's six international airports, and also the largest (the others being Gatwick, City, Luton, Stansted and Southend).

In 1929, a small airfield was the beginning of what would later become Heathrow Airport. After World War II, the airfield was expanded into a much larger airport. On a plot of land that is 12.27 square kilometers in size and is located 14 miles (23 kilometers) west of the center of London is where you will find the airport (4.74 square miles).

It underwent gradual expansion over the course of seventy-five years, and it now possesses two runways that run east to west in parallel, four passenger terminals that are operational, and one cargo terminal. Both British Airways and Virgin Atlantic use this airport as their primary hub location for operations.

In September, the airport served just under 5.8 million passengers, which is 15% fewer than in the same month in 2019, despite the fact that this number was still a record for the month. Passenger traffic at Heathrow Airport increased by 335% year-on-year, reaching 44.2 million for the first nine months of the year.

Of that total, 18 million passengers traveled through the airport over the summer. Heathrow stated in its most recent trading update that "Demand outlook remains uncertain," citing growing economic headwinds, a new wave of COVID, and the escalating situation in Ukraine as the three factors contributing to this uncertainty.

They are now able to lift the cap at the end of the month as a result of rising resource levels across the airport, among the airlines, and among the ground handlers working for the airlines. They are currently collaborating with our airline partners to develop a mechanism that is more narrowly focused and will safeguard passenger service during peak periods.

According to a statement made by Heathrow, the primary objective for the company over the next year will be to get capacity, service levels, and resilience back to the high levels that they were before the pandemic.

On the other hand, the airport issued a warning that this recovery was contingent on having a regulatory settlement that provides enough cash flow to invest in our operations and capital projects.

A number of plans have been proposed over the years to develop new rail transport links with other areas of London and with stations outside the city. At the moment, all rail connections with Heathrow airport run along an east–west alignment to and from central London.

When the Elizabeth line, which is currently under construction and will open in 2019, this mainline rail service is scheduled to be expanded to include central London and Essex.

A proposal from 2009 to create a southern link with London Waterloo via the Waterloo–Reading line was abandoned in 2011 due to a lack of funding and difficulties with a high number of level crossings on the route into London.

Additionally, a plan to link Heathrow to the planned High Speed 2 (HS2) railway line (with a new station, Heathrow Hub), was also dropped from the plans for HS2 in March 2015.

A rapid transport link between Heathrow and Gatwick Airports, also known as Heathwick, has been one of the ideas that has been considered. This link, which would enable the airports to operate jointly as an airline hub, is one of the other schemes that have been considered.

In 2018, the Department of Transport initiated the process of soliciting proposals for rail links to Heathrow Airport that would be funded privately.