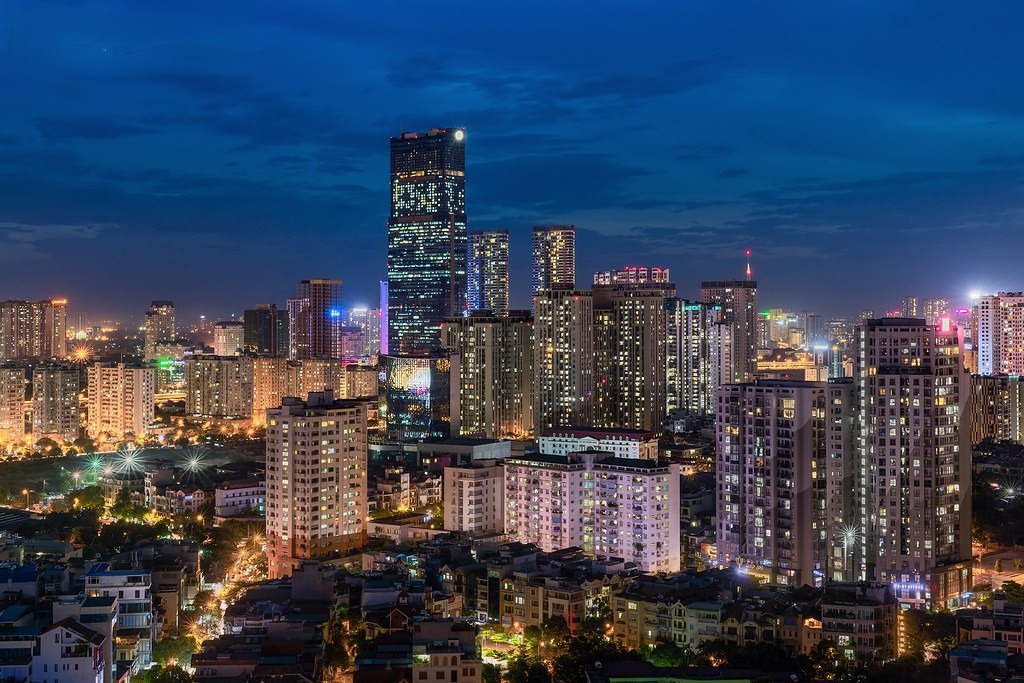 Vietnam is a small slice of a country with attractions dispersed throughout its length, with Ha Noi (Hanoi) over 1,000 miles from Ho Chi Minh City, whereas neighboring Cambodia, for example, is home to a collection of exquisite historic buildings concentrated in a tiny area called Angkor. This article will show you the best Vietnam pictures that you may wish to see.

While traveling in Vietnam involves a little more time and effort, it is compensated by high-quality accommodations, excellent cuisine, some interesting cultural offers, impressive beaches, and the usual pleasant Asian people. Welcoming failed imperialist warmongers from the United States and France!

Hanoi, Vietnam's capital city, is nestled in a picturesque lake-strewn terrain with a laid-back, old-fashioned ambiance, some outstanding Colonial and Vietnamese architecture, and an abundance of superb culture and cuisine, all set against a sultry subtropical climate.

Climate From November through April, the weather is ideal for tourism.

Despite being reasonably cool and dry in most parts, Vietnam may be cold, damp, and foggy in the north, particularly in Hanoi and Sapa, from February to April.

Worst time of year: May to September, when it's hot, humid, and infested with mosquitoes and typhoons (violent rain storms). In September, be cautious of floods in the Mekong Delta.

Plan ahead if you intend to visit during the Tet New Year Festival (late January - early February), as accommodation and transportation can be difficult to come by. 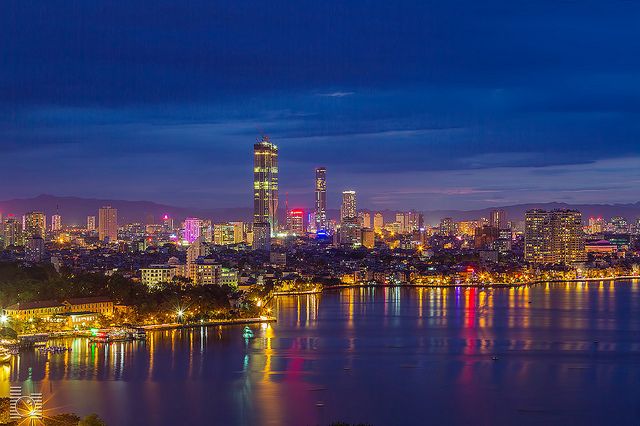 Hanoi, Vietnam's 1,000-year-old capital, is nestled in a picturesque lake-dotted environment with a smattering of noteworthy sights and museums and a humid subtropical climate. It contains some magnificent French colonial structures from its time as the capital of the French Indochina empire, as well as fine Vietnamese architecture influenced by China, including numerous temples. The city is now being updated at a breakneck pace, with motorcyclists taking over the streets. 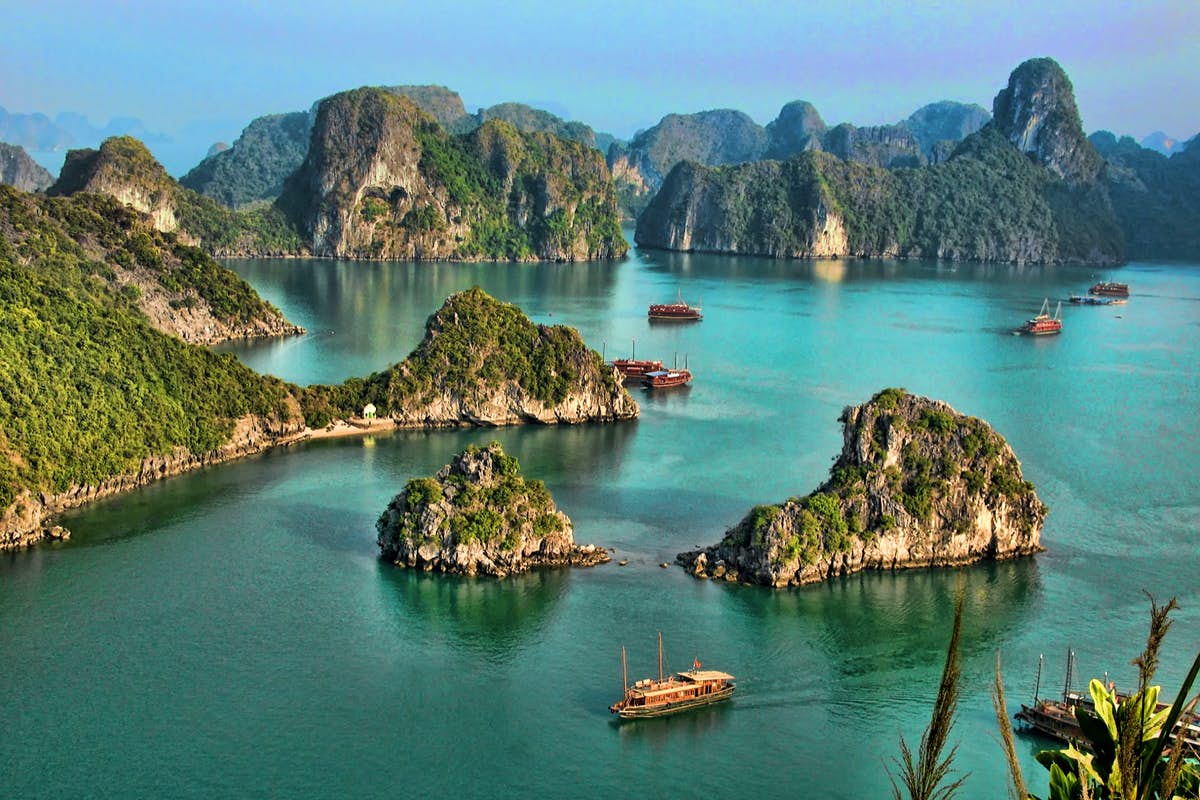 Halong Bay, with its panoramic vista of over 3,000 limestone islets (karsts), is one of the world's natural wonders. While a one-day excursion from Hanoi is doable, it is recommended that you stay overnight in nearby Haiphong or on board a cruiser at whatever level you can afford in order to sail further and see much more gorgeous sights or wildlife. For instance, Cat Ba island. 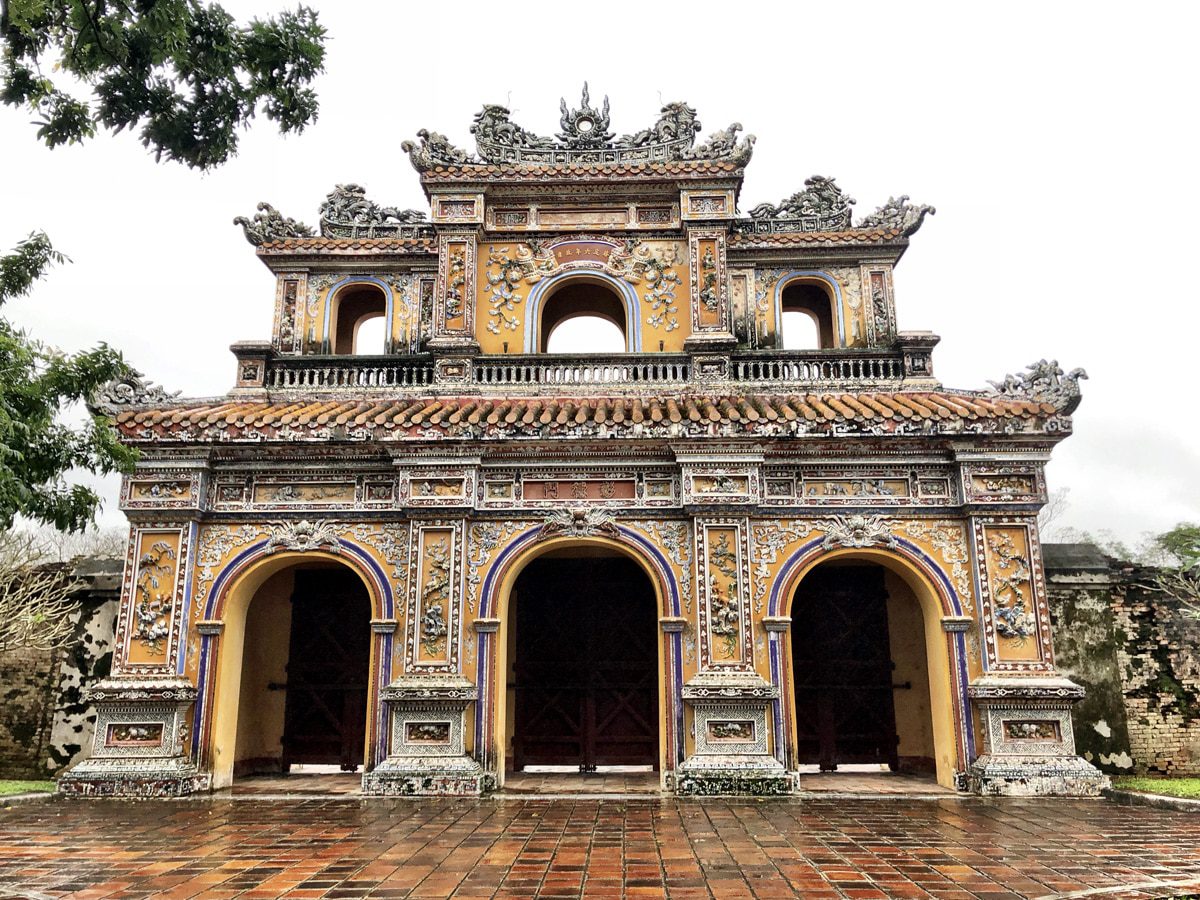 Hue, the ancient imperial city, is attractively positioned in a quiet setting. It is home to a citadel and a fortified palace, which are two of the country's most significant historic landmarks.

The Citadel, which includes the Imperial City; Tien Mu Temple (Pagoda); Royal Tombs, which include those of Minh Mang and Khai Dinh; and the road to Da Nang, dubbed 'the Mandarin Road', which winds through the Truong Son Mountains, is a scenic driving route with the highest point known as 'the Pass of Clouds'.

Da Nang, Vietnam's fourth largest city, has little to offer except the Cham Museum, My Son - an ancient Cham holy site, the Marble Mountains' limestone caves and spectacular Buddhist temples, and the infinite white sands of China Beach, where American Marines landed during the War.

Hoi An, a medieval trading port, has a distinct historical history influenced by influences from China, Japan, and Europe.

The town as a whole is reminiscent of an open-air museum; a local guide would be beneficial here.

Old Chinese buildings, the Fujian Congregation Hall (Phuc Kien Pagoda), and the Japanese bridge-pagoda are not to be missed.

Ho Chi Minh City (Saigon) is a lively economic hub with a bustling street life where travelers can glimpse ancient culture between the high-rise glass buildings, however it lacks the tourist attractions of Hanoi.

This is an excellent location for dining, shopping, and spa treatments.

The Mekong Delta is an excellent example of a traditional agricultural lifestyle.

The greatest sites to visit include Vinh Long or Can Tho for boat tours, Cai Rang for the floating market, Chau Doc for boat houses, and Soc Trang and Tra Vinh for Khmer pagodas. Additionally, Cao Lanh and Long Xuyen have bird sanctuaries.

Tourists boating on the beautiful beach of Vietnam

Vietnam has about 3,500 kilometers of coastline, including numerous recently constructed resorts. The beaches are not as spectacular as those in Thailand or Malaysia, but they are less commercial and attract a smaller crowd.

Vietnam has powerful monsoon seasons, which bring torrential rainfall to towns and rural areas, frequently resulting in floods and mudslides. If you intend to travel extensively, the best time to visit Vietnam is during the dry season, which runs from December to February - but there are rare exceptions.