Although the weather may not be on Scotland's side if you're looking for a warm vacation spot, the country's fresh blustery air, rugged green pastures, and cold clear waters are ideal for raising some of the world's finest meats and fish, providing fuel to the nation's capital's raging culinary scene.

Although it is perhaps best known for its Aberdeen Angus beef and exceptional salmon, its fields also house the sheep whose pluck is used to make the national dish haggis, and the cold waters provide high-quality oysters, crabs, and scallops. In the winter, its hills and borders are home to wildlife such as hare, partridge, pheasant, and deer.

Scotland's chefs are putting these ingredients to good use, much to the joy of tourists looking for anything else than shortbread, oatcakes, and whiskey. Here is everything you need to know about the Edinburgh Diner. This sophisticated British cafe, nestled in the quiet lanes under Edinburgh Castle, is offered to customers by the team behind famed Edinburgh restaurant The Kitchin.

There are also tasty tweaks, and the presentation is unique. The characteristic tartare of Shetland salmon is served sushi-style with soy sauce jelly and wasabi ice cream, and it's as beautiful to look at as it is to eat because of the color, texture, and flavor contrasts.

The Scottish borderlands hare with foie gras is a luxurious meal that blends smooth liver, wild, gamey meat, and exceptionally rich jus to melt on the tongue, while a superb and flavorful hampe of Scottish beef maintains the Asian theme in the inspiration for its sauce.

Dessert is exquisite, and it's the ideal way to cap off a culinary achievement of balance and flair.

The Witchery By The Castle 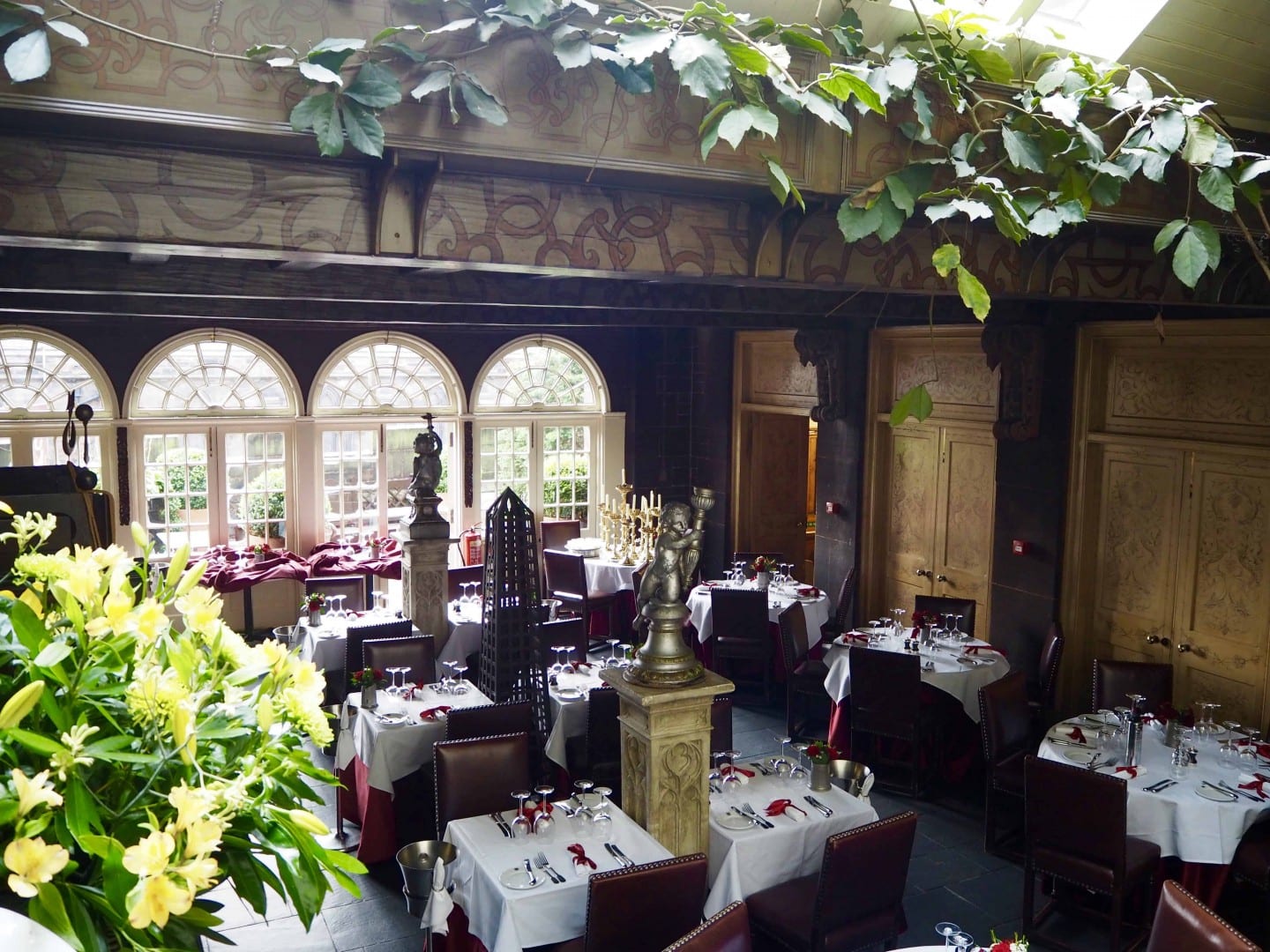 The Witchery By The Castle

Oysters grown in the clear waters of Argyllshire, scallops from the Isle of Mull, venison from The Cairngorms, duck from Gartmorn, and beetroot from Arran, not to mention the Scottish classic, haggis - they're all on the menu at The Witchery, but it's the rich, atmospheric setting that draws the eye first.

The Witchery, which is situated in a sixteenth century merchant's mansion, has a great feeling of antiquity, much like so much of Scotland's capital.

While the food is wonderful and prepared with local products, the atmosphere and setting - both the Royal Mile location and the spectacular interiors adorned with historic tapestries, painted ceilings, and antique candlesticks - make a dinner here unforgettable.

There are nine charming suites accessible for overnight visitors who are completely enchanted by the restaurant, replete with Baroque elegance and its own gothic charm. 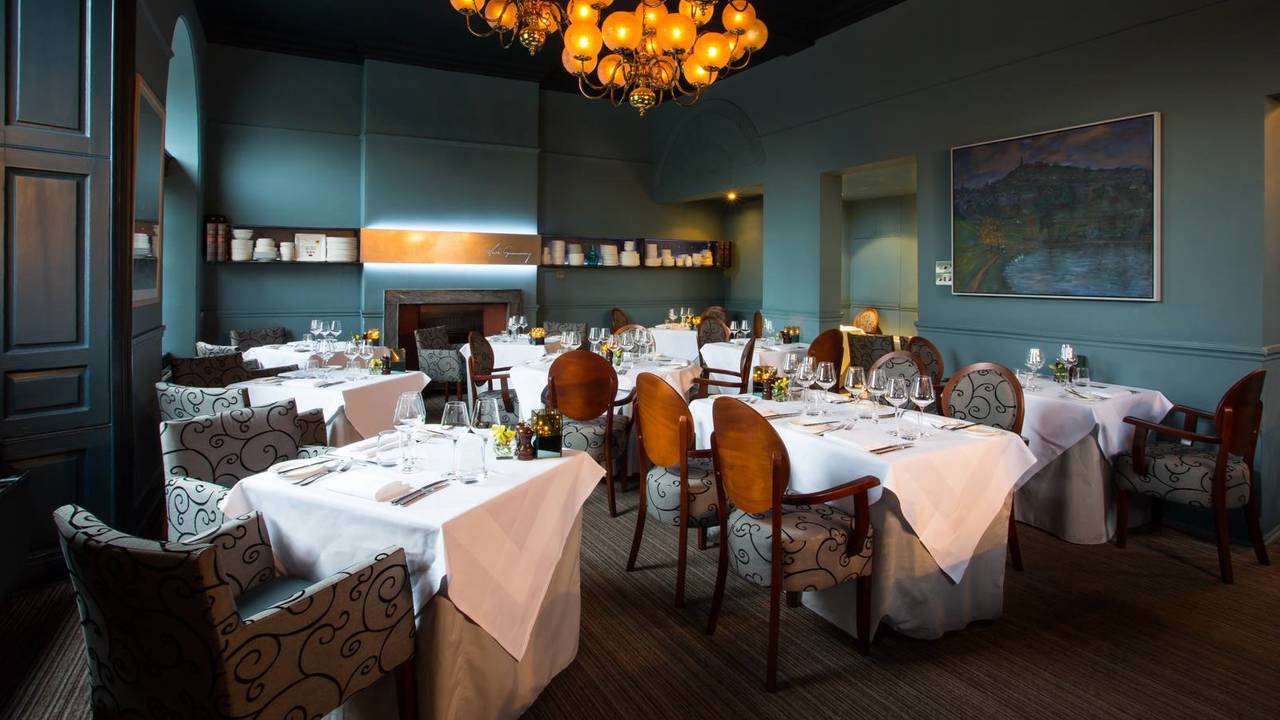 For his namesake restaurant, award-winning chef Mark Greenaway prides himself on utilizing the freshest Scottish ingredients, procured as locally as possible.

Butter, beef, hake, crab, trout, duck, and apples are all supplied from within 100 miles of customers' tables in Scotland, while scallops, langoustines, pig, and venison are provided from within 250 miles.

These components are handled with the highest care in the kitchen, where they are masterfully deployed in beautifully produced, innovative meals that demonstrate a mastery of current culinary methods.

The characteristic amuse bouche is notable not only for the refinement with which Loch Fyne salmon tartare, salmon caviar, smoked salmon espuma, and dill powder blend, but also for its presentation in a bespoke egg box and shell.

The distinctive Loch Fyne crab cannelloni with smoked cauliflower custard, lemon pearls, herb butter, and baby coriander is one of the highlights, with the succulent crab shining brighter for the accompaniments.

BBQ oxtail and bone marrow jus enrich the 40-day dry-aged beef fillet. Because Greenaway is famed for his desserts, customers should save space for the chef's Great British Menu "Knot" chocolate tart, a riot of textures and flavors that strike the sweet, sour, and salty taste sensations to dazzle, much like the restaurant. 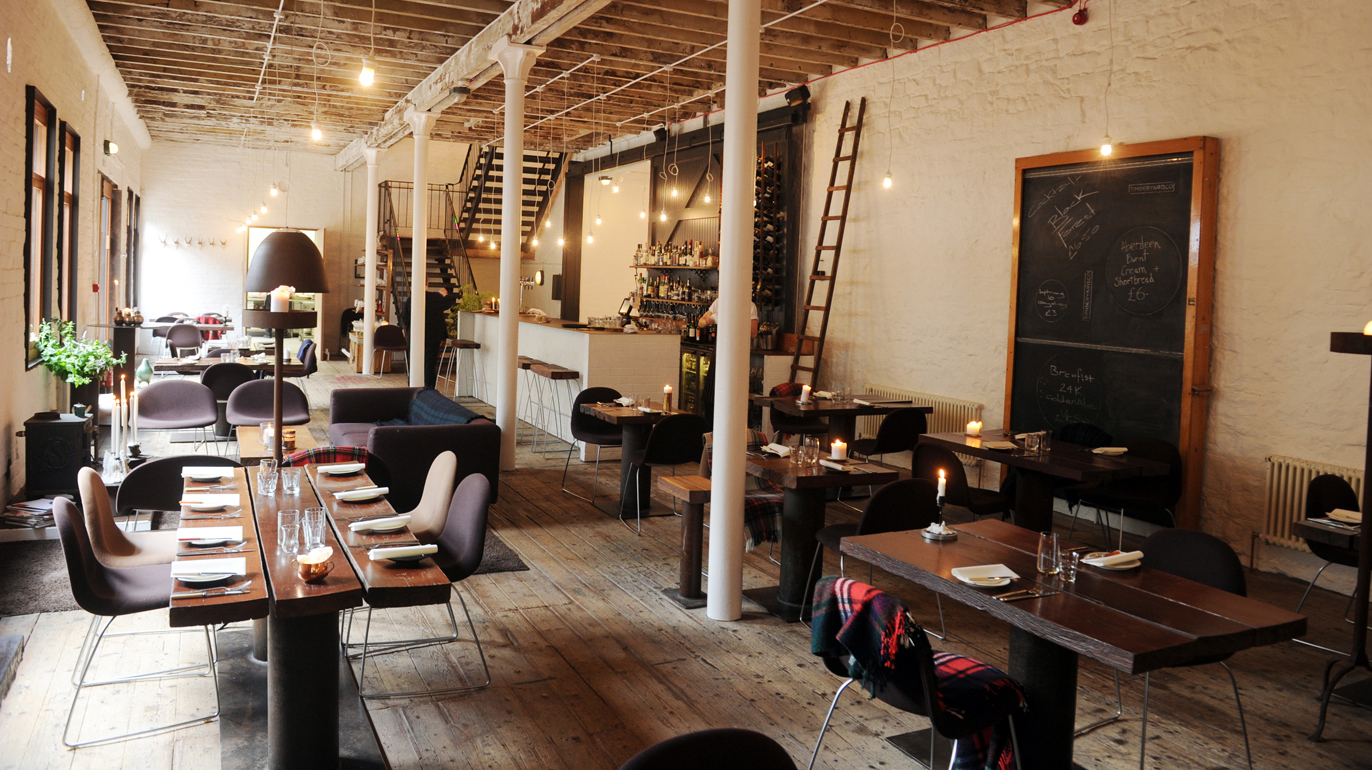 Timberyard, a sleek, modern restaurant set in a nineteenth-century warehouse that was most recently used by a lumber supplier, is a clear highlight of the Edinburgh eating scene.

Ingredients are supplied not just from Scotland, but also from the country's small artisan farmers, breeders, producers, and foragers, and the restaurant has its own vegetable patch for fresh herbs and edible flowers, all in keeping with the restaurant's nature-to-table concept.

Wine has also been carefully selected from tiny wineries all around Europe. Although the location has an industrial appearance, the soft lighting and natural tones create a pleasant, intimate atmosphere, which is further complemented by the kind employees.

Tasting menus are popular, with four, six, or eight courses offered for supper, as well as pescatarian and vegetarian alternatives.

We ate exquisite partridge breast that was sensitive and delicate, served with deep red veggies, and trout with oyster, kohlrabi, fennel, and lovage, a light and refreshing meal.

Timberyard's menu has an obvious Nordic influence, from the minimalist warehouse chic to the pickled, foraged, and cured dishes, yet with Scandinavian influence so close by, the spirit of each combines to triumph. 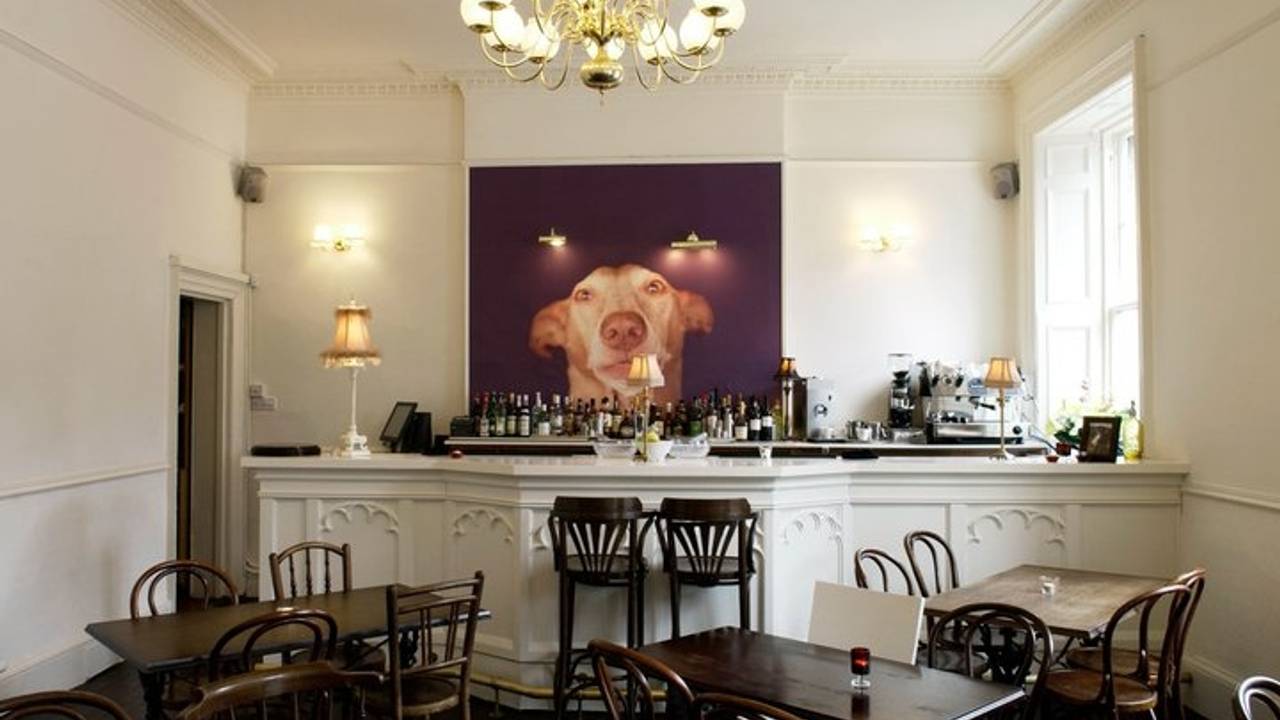 This eccentric café in the centre of Edinburgh is a no-nonsense venue for a laid-back lunch complemented with wine from an ever-changing but always polished list.

The down-to-earth environment is matched by fast service and superb value for money, with the addition of quirky furnishings that border on weird.

The staff, like the environment, exudes a particular Scottish charm. Customary Scottish meals such as skirlie wellington, cooked with an oatmeal and onion stuffing, and cock a leekie soup, made with chicken, leeks, bacon, and the traditional prunes, may be enjoyed under the watchful eyes of the dog in a large painting that hangs over the bar.

There are also simple lunch specialties, such as devilled ox liver on toast with onions, bacon, and mushrooms, or spicy pickled mackerel with potatoes and lemon emulsion - as well as more luxurious supper choices that include Scottish-sourced ingredients in high-quality comfort cuisine.

To complete up a delectable Scottish experience, try Blue Murder cheese from the Highlands or Over Langshaw farmhouse ice cream from the Borders. 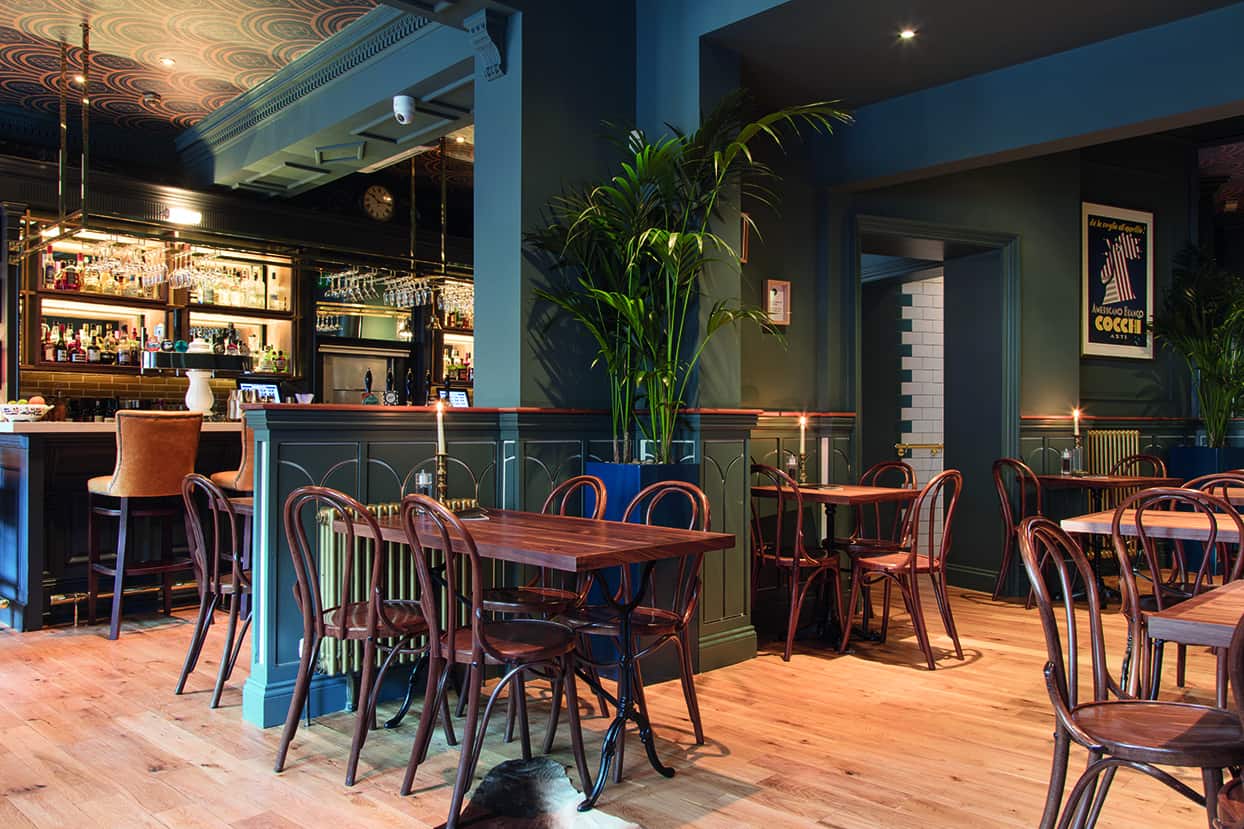 Buck's journeys around the world inspired the extensive and enticing cocktail menu at this bar in Edinburgh's West End, which is named after fictitious character William "Buck" Clarence, a polo player and philanthropist who was a travel companion to Prince Albert Victor, grandson of Queen Victoria.

Buck's beverage offering is an expression of the flavors, sentiments, and persons he experienced in some of the many locations he visited, with interesting blends and cocktails with a twist.

Ingredients have been carefully picked, and produce has been similarly chosen - most of it acquired locally - to maintain a food menu that is sophisticated enough to mix with the cocktails while also being well adapted to soaking up any overindulgence.

WHAT TO EAT IN EDINBURGH SCOTLAND (Edinburgh Food Guide & Tips 2022)

What Food Is Famous In Edinburgh?

Do You Have To Book For Table In Edinburgh?

Do I need to make a reservation for dinners? Edinburgh has over 2000 restaurants, diners, cafés, and other eateries.

How Much Is A Table In Edinburgh?

The epidemic has had an impact on companies all around the world, and Edinburgh restaurant 'The Table' is one of several that have gone on the market as a result. For £80,000, a famous Edinburgh eatery on Dundas Street has been put up for sale.

Is There A Cafe Rouge In Edinburgh?

Café Rouge has exemplified the flair and je ne sais quoi of French dining since it first opened in 1989, with a mix of exquisite cuisine, superb wines, and a genuine ambiance.

What Is The Main Food In Scotland? 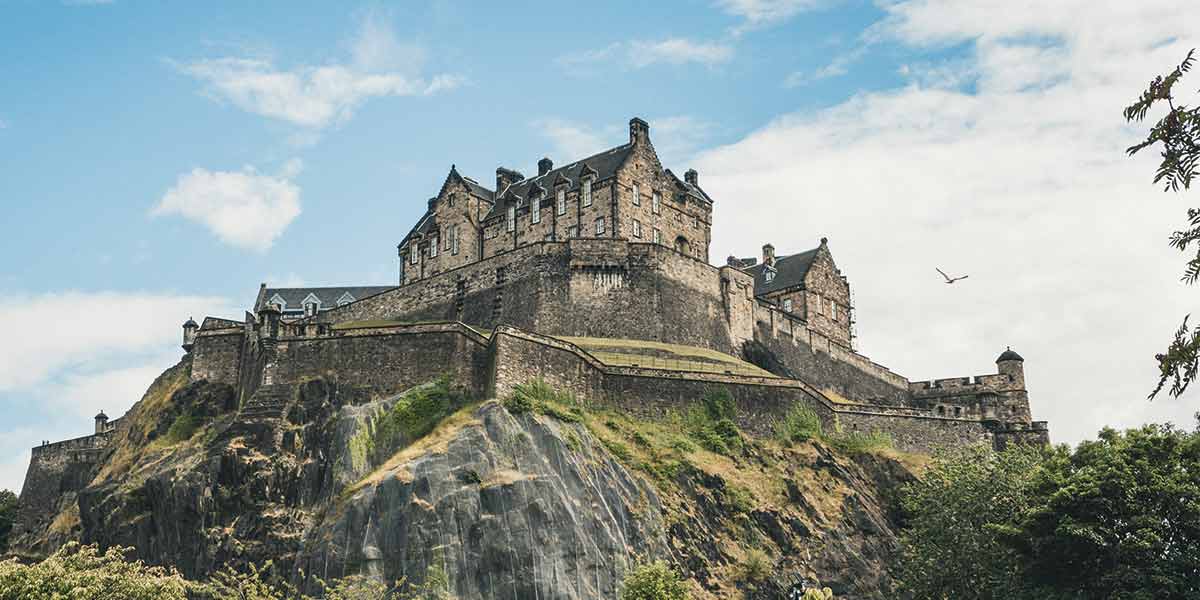 Edinburgh is blessed with many great places to eat and drink as well as delicious local Scottish produce.

If you’re wondering where to eat in Edinburgh, in this article you have a selection of the best cafes, delicatessens, bars and food shops as well as restaurants.