Comoros - The Perfume Islands Of Africa 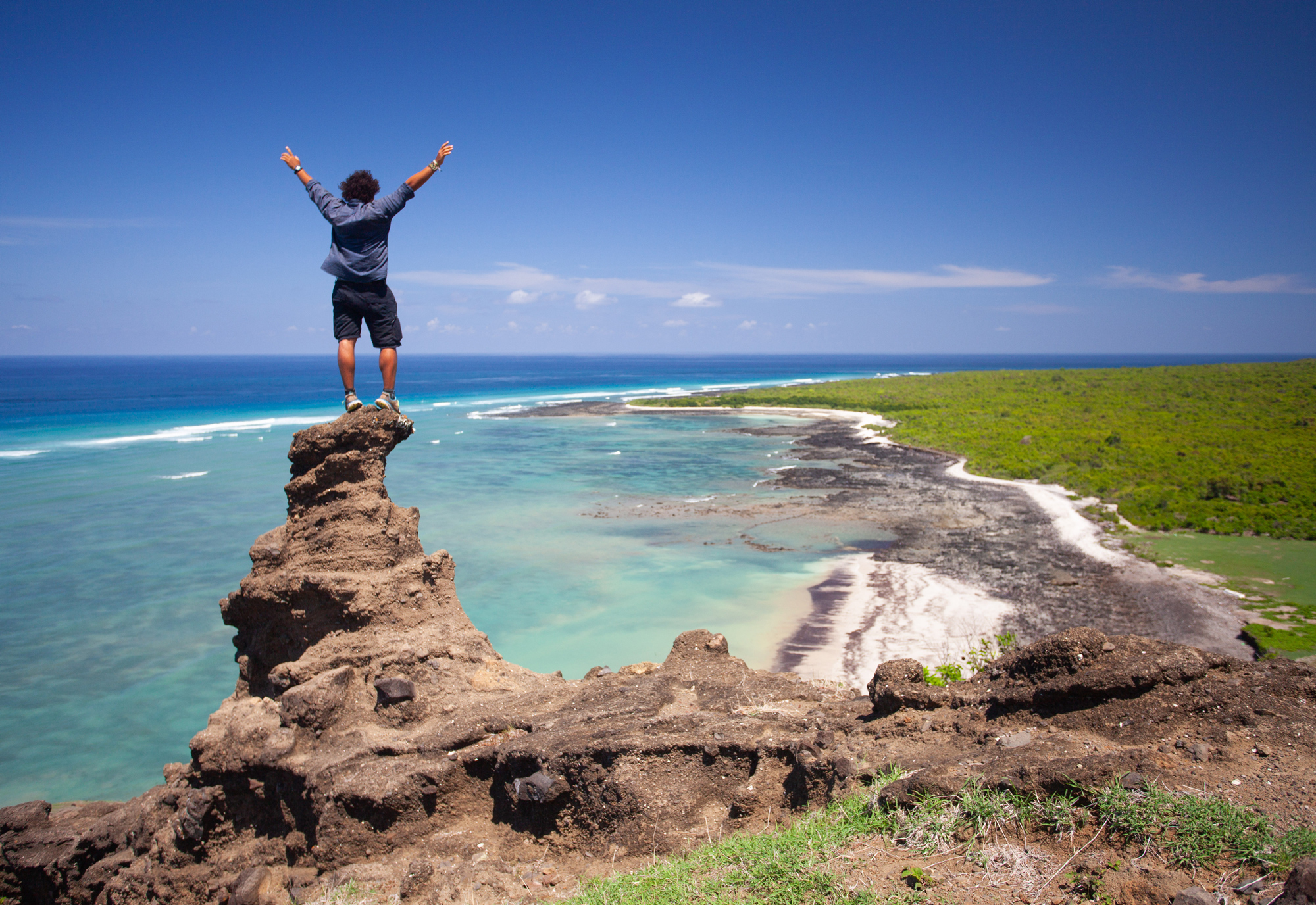 The splendor of Comoros natural wonders is enough to entice you to remain for a few days. Its beaches are lined with beautiful sand and palm palms, evoking an unspoiled beach paradise with unequaled opportunity to witness a variety of marine life.

Inland, you'll find charming villages and cultural treasures, as well as stunning mountains, lakes, and greenery. Comoros will never run out of delightful surprises, from the spectacular rock formations formed and molded by the volcanic Mount Karthala to the diving beaches, laid-back towns, and peculiar Arabian flair of Moroni.

10 Best Places to Visit In COMOROS 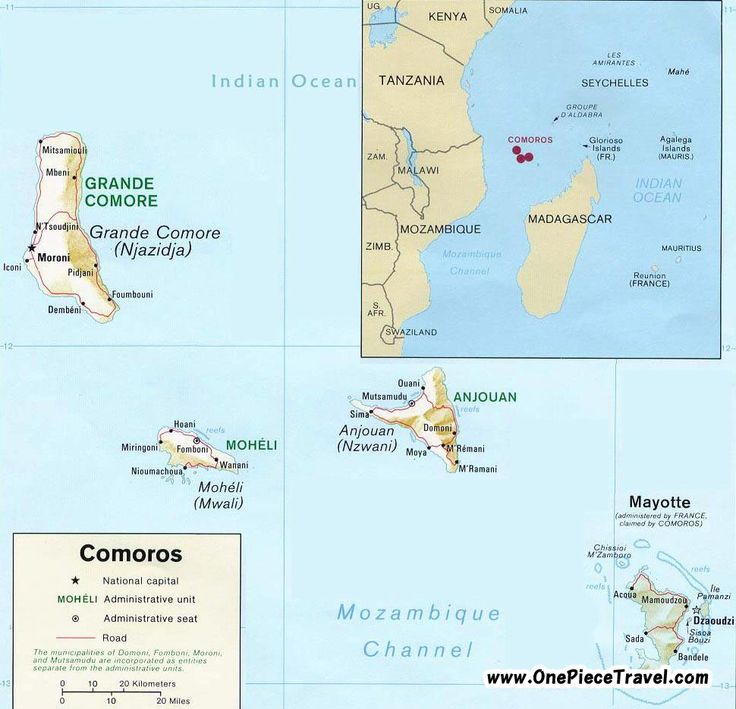 Comoros' fauna flourishes in the rainforests and mangrove forests that cover much of the volcanic islands. The archipelago is located in the Indian Ocean, between Mozambique and Madagascar, off the southeast coast of Africa.

Comoros' biodiversity has more in common with Madagascar's flora and fauna than with that of mainland Africa. Mount Karthala on Grande Comore, Mount Ntringui on Anjouan, and Mount Koukoule on Moheli are all animal areas in Comoros.

Here you'll find a wide range of ferns as well as 72 different orchid species. There are 935 plant species on the island, 416 of which are endemic to the islands.

In Comoros, there are a variety of animal species.

Certain animal species are indigenous to the Comoros, and the number of amphibians is very limited. Nearly 146 species of birds have been identified in the Comoro Islands' avifauna, some of which are native and others which have been imported by humans.

The Comoro Islands are home to a number of reptiles. The Comoro Flapnose Chameleon, Comoro Ground Gecko, Comoro Day Gecko, the snake-eyed skink, colubrid snake, and a blind snake are some of the more well-known. 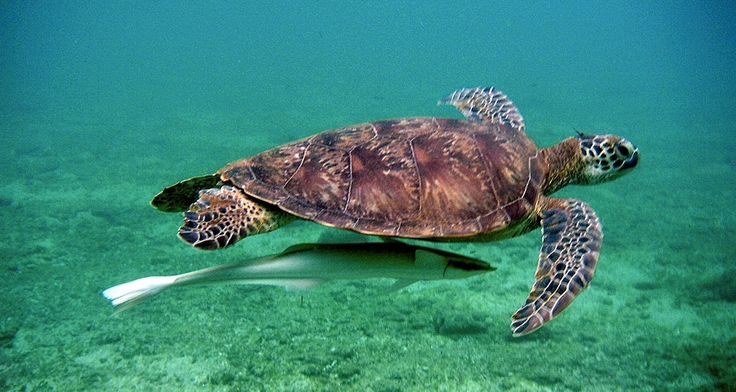 A tortoise in water

Top 6 Places To Visit In Comoros

Mount Karthala is Grande Comore's most prominent feature, not only because of its "biggest in the world" distinction, but also because of its obvious beauty. Its most recent eruption may have buried towns in a sea of ash, but it also sculpted beautiful mountainscapes. The volcanic giant is a popular hiking, walking, and trekking destination on calmer days. While the climb is difficult, the views from the summit are breathtaking, with vegetation and animals peculiar to the Comoros. 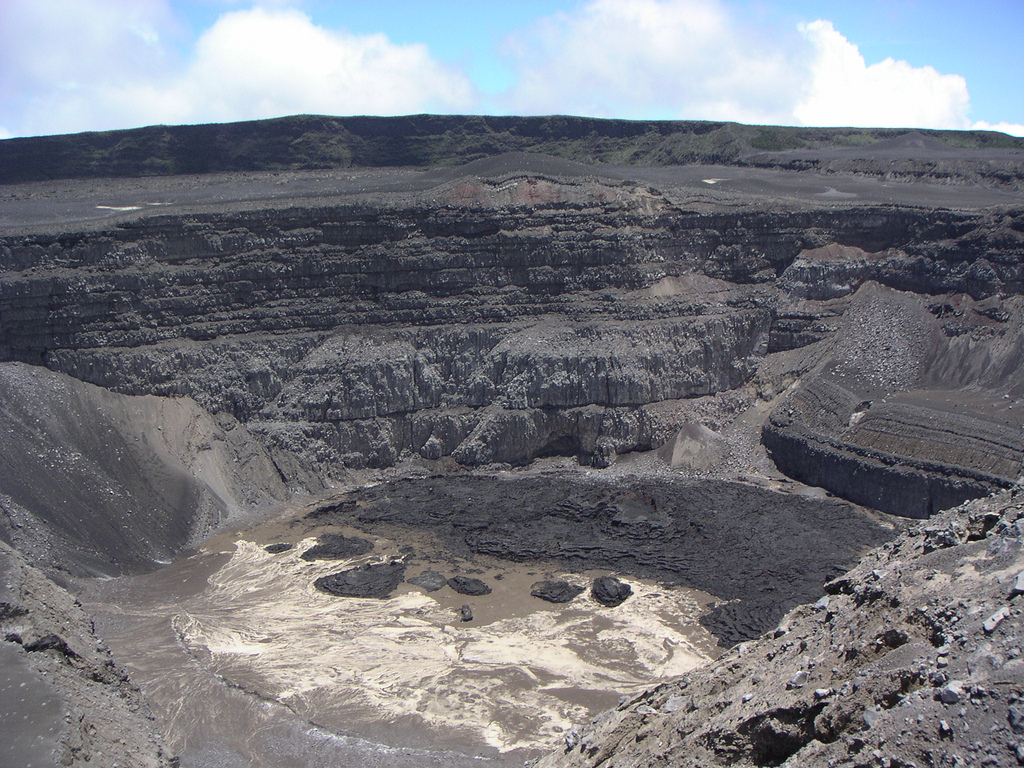 Another must-see attraction, Dziani Boundouni is a beautiful sulfur crater lake situated right in the heart of the island of Mohéli. It is a pleasurable walk from the capital town of Fomboni, which is also known for its beautiful beaches.

Mohéli is the smallest of the Comoros archipelago's four major islands. The crater lake and the picturesque fishing town of Fomboni are among the many attractions on offer. Locals have kept a tradition of hand-building sailboats alive, and visitors may see Arab ships being created right on the beach. The Mohéli Marine Park, situated off the island's southern shore, is famed for its green turtle population and magnificent coral reefs. Niumashuwa Bay is a great place to go diving and an excellent place to start touring the marine park. 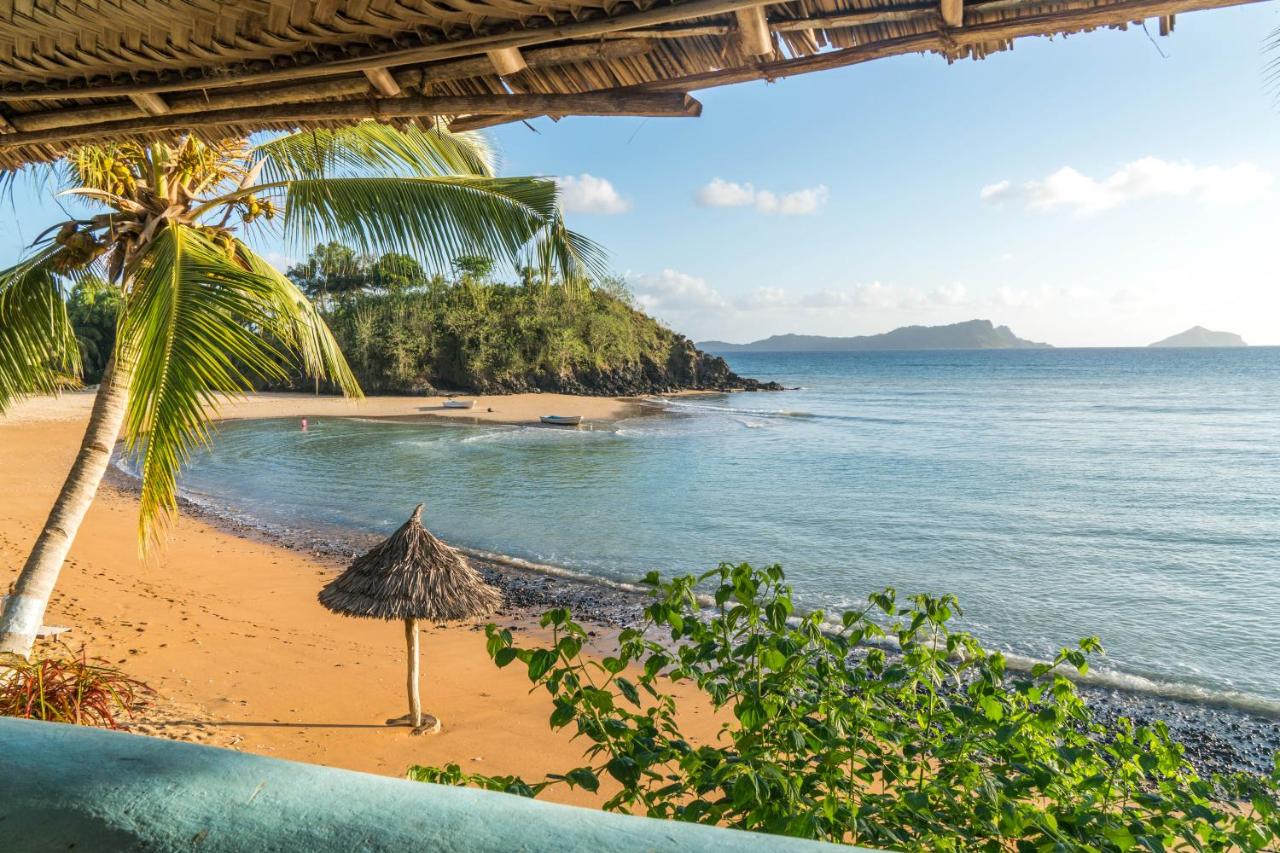 A beach and a sea

Grande Comore, the largest of the islands, is also home to Moroni, the nation's capital, which has an enchanting Arabian appeal. The island is home to Mount Karthala and Comoros' second reserve, Coelacanth Marine Park, and is well renowned for the Vendredi Mosque and great beaches. Trou du Prophéte in the Misamiouli region is extremely enthralling for divers. 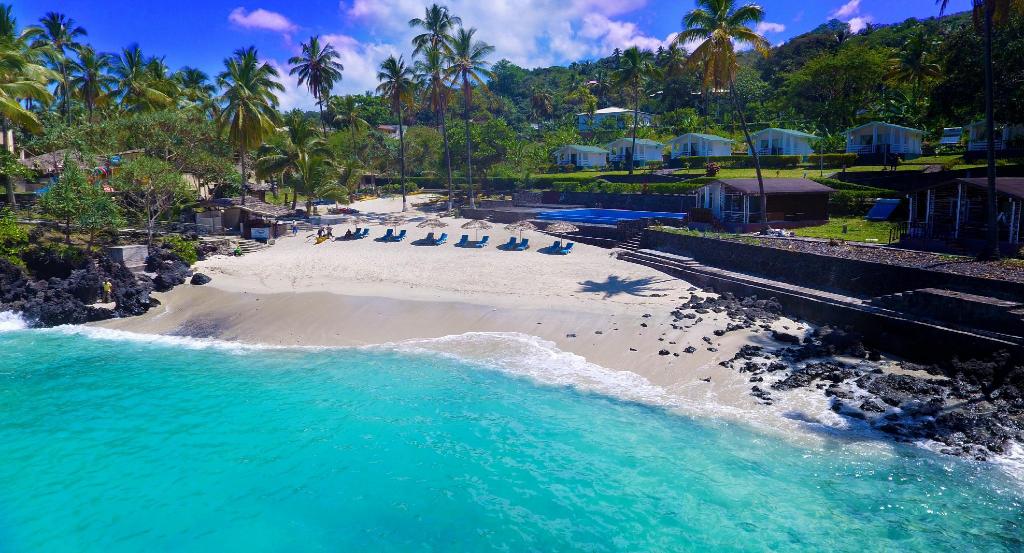 A beach with palm trees and houses

Anjouan has a Swahili-Shirazi Mutsamudu town, similar to Grande Comore's Arabian Moroni hamlet. Old homes line the twisting passageways in the island's capital, which has a distinct 17th century vibe. The medieval fortress and a few mosques are located in the heart of the city. Beautiful beaches and spectacular waterfalls are just a short drive away, surrounded by lush greenery. In the town of Bambao, Anjouan is also home to a number of perfume distilleries. 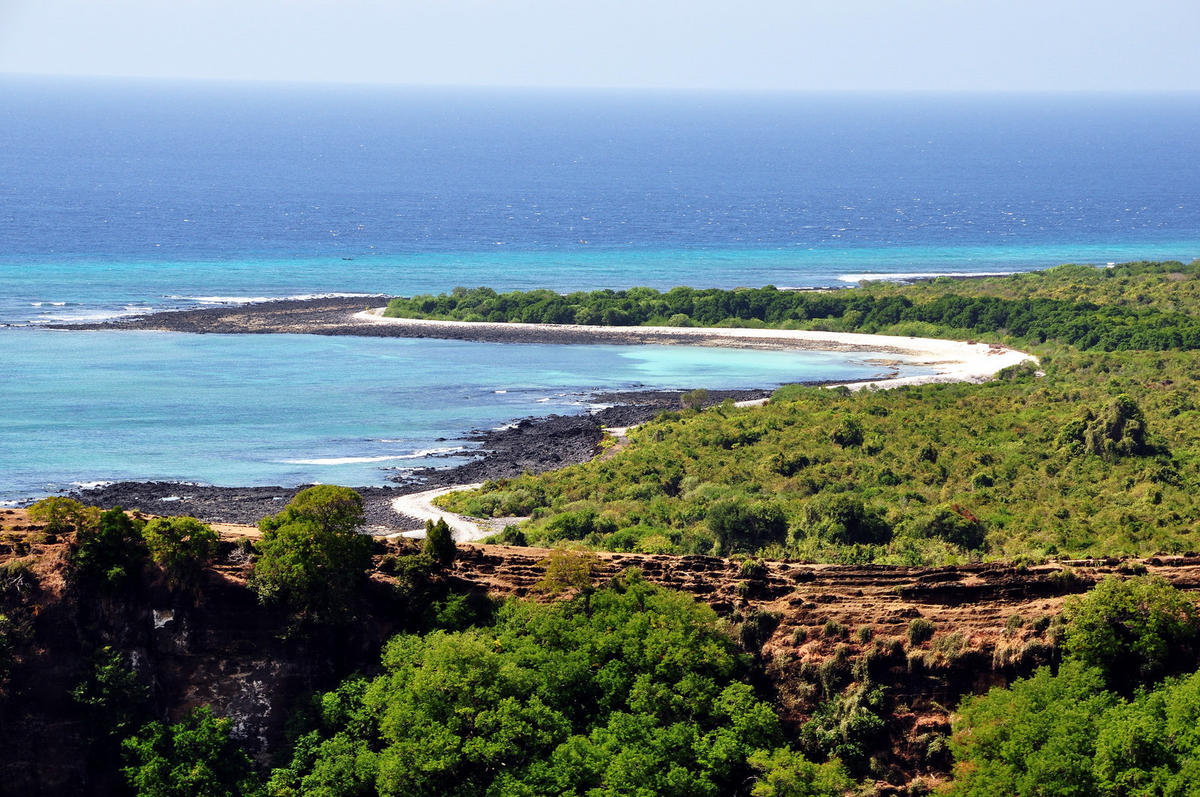 If you have time, the magnificent French Mayotte Island is well worth a visit for its beautiful beaches and excellent diving. Mayotte also has what is said to be the world's biggest lagoon, which may be visited by dugout canoe. The Sulu waterfall, which falls directly into the sea, is the island's crown jewel. 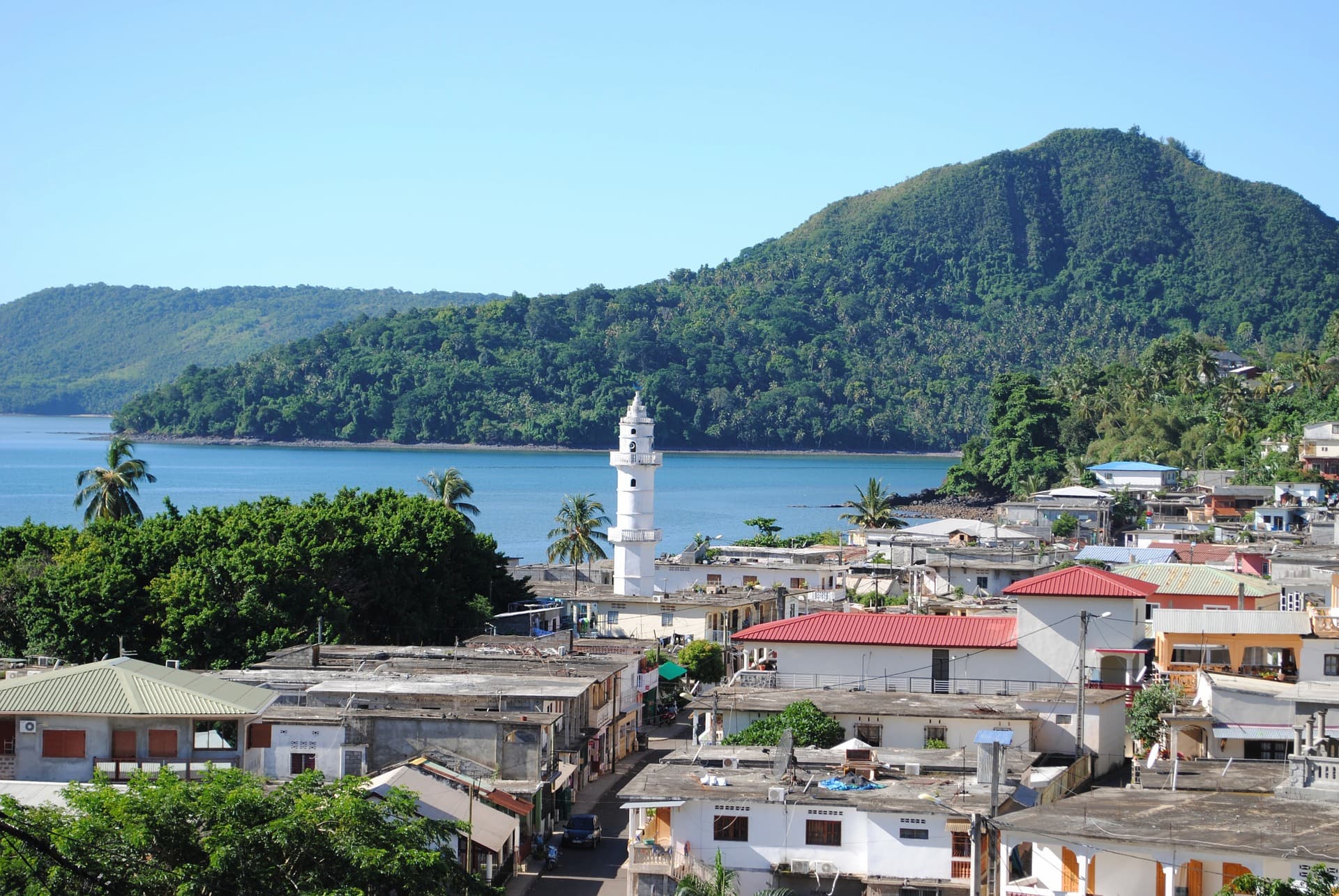 The Following Are The Top Reasons To Visit The Comoros Islands.

So there you have it: the eight reasons why you should visit the Comoros. Despite the language barrier, the Comorian people are always willing to help you in times of need.

Locals call it Mwali or Moili, and it's a country frozen in time where the unspoilt environment compensates for the absence of contemporary conveniences.

It's the ideal destination to satisfy your wanderlust, with rugged islands and peaceful corners.

On this utopian island, tourism has yet to take off. However, it won't be long until the world learns about this secret. So, gather your belongings, book your flights, and get ready to travel!

However, because there are few flights to this corner of the world, it may require some preparation.

What Is Comoros Famous For?

The volcanic islands of the Comorian archipelago are noted for their extraordinary visual beauty and have been dubbed the "perfumed islands" because of their fragrant plant life.

What Do People In Comoros Do?

Comorians are devout Muslims who hold religious ceremonies in high regard. The culture of the area is a mash-up of Arab, French, and African elements. Music and other forms of performing art are highly valued by the locals, and local artists are adept in sculpting, ceramics, needlework, and basketry.