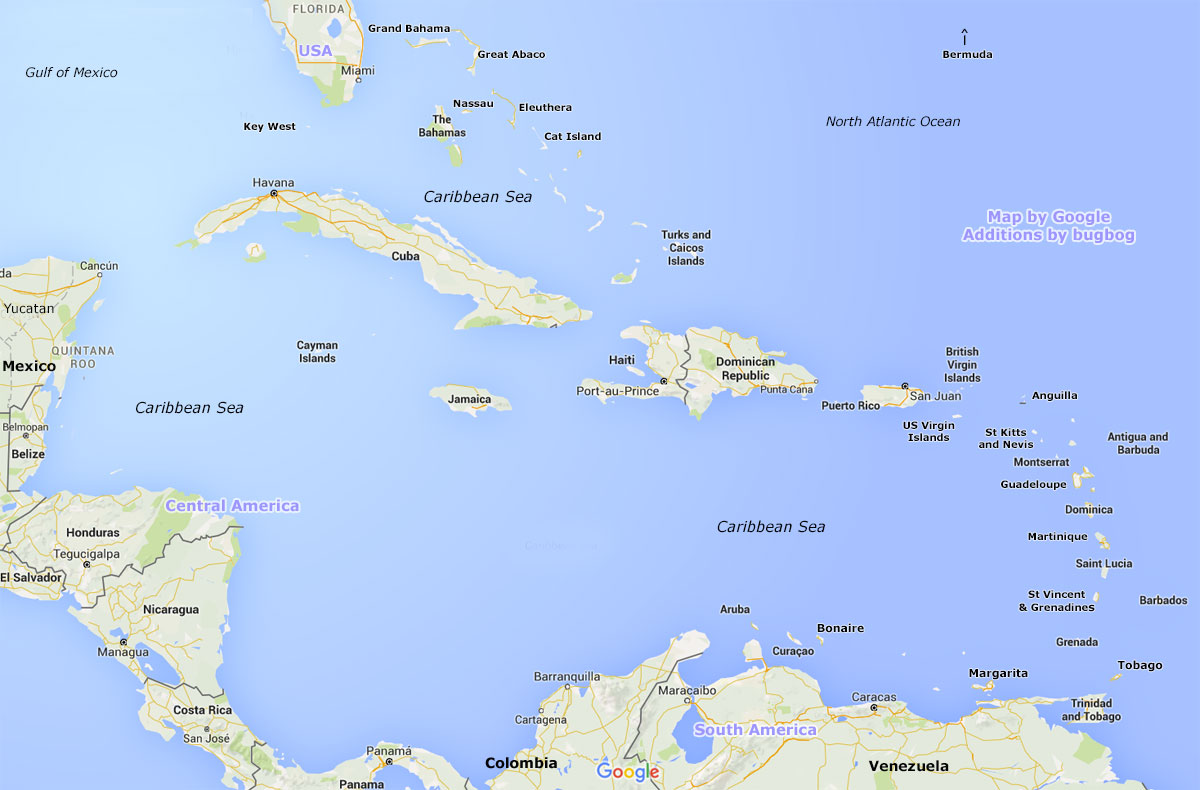 Due to Columbus' original notion that he had discovered a part of India, the Caribbean Sea and its islands are also known as the Antilles by French speakers, Caribe by Spanish speakers, and the West Indies by a variety of groups. His SatNav was completely off the mark at the time. Indigenous people in English-speaking areas of the North America Caribbean map region are frequently referred to as West Indians.

North America is the third-largest of the world's continents, and it is located primarily between the Arctic Circle and the Tropic of Cancer. It is the most populous continent. It stretches for more than 5,000 miles (8,000 km) and comes within 500 miles (800 km) of both the North Pole and the Equator, with an east-west extent of 5,000 miles. It is the largest continent on the planet. It has a land size of 9,355,000 square kilometers (355,000 square miles).

This political map of North America depicts the countries of North America, as well as their capital cities, significant cities, islands, oceans, seas, and gulfs. It also includes the names of the countries on the map. The image is a section of a bigger world map developed by the Central Intelligence Agency using the Robinson Projection technique, which can be found here.

Central America is the southernmost part of North America, located on the Panama Isthmus, which connects the continent to South America, and includes the following countries: Belize, Guatemala, El Salvador, Honduras, Nicaragua, Costa Rica, and Panama. 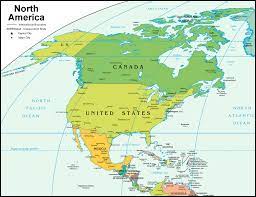 Which Caribbean Islands Are Part Of North America?

The Caribbean Islands are another location that is regarded to be a component of the North American continent. They are to the east of Central America, in the Caribbean Sea. Cuba, Hispaniola, Jamaica, and Puerto Rico are the four largest Caribbean islands.

Is The Caribbean Part Of USA?

The Caribbean is, after all, a part of North America carribean map region. The Caribbean, often known as the West Indies, is made up of more than 700 islands and archipelagos that spread over the Caribbean Sea, and includes a regional map of Caribbean islands.

North America is also known as the northern subcontinent of America, a single continent. North america caribbean map is bordered by Arctic Ocean to the north, the Atlantic Ocean to the east, and South America and the Caribbean Sea to the southeast.