Vinson Massif - Get To Know One Of The Renowned "Seven Summits" 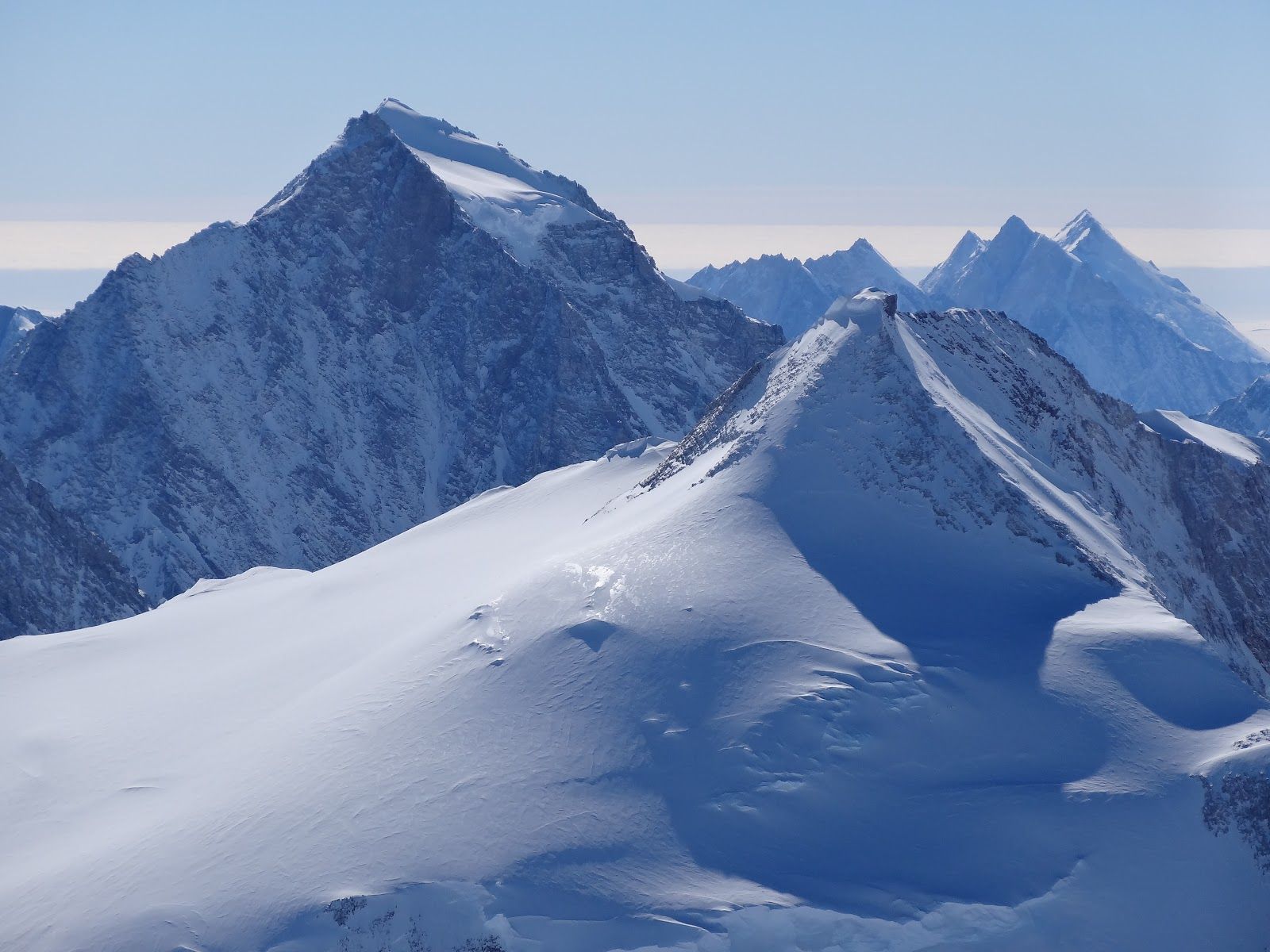 Mount Vinson Massif is one of the lowest of the Seven Summits.

However it ranks alongside Everest as one of the most difficult. The highest mountain in Antarctica receives little snow and is pummeled all year by brutally powerful polar winds.

In a location where summer temperatures linger around minus 30, the extra wind chill is among the harshest on the planet.

It is located about 2 kilometers north of Hollister Peak on the north side of the Vinson Massif's summit plateau, on the south side of the Sentinel Range's main ridge.

The massif is made up of the high central Vinson Plateau, which has a few peaks rising to over 4,700 meters (15,400 feet), and various lateral ridges that usually slope southwest or northeast from the plateau.

It was first climbed by an American team led by Nicholas Clinch in 1966. An expedition in 2001 was the first to ascend by the Eastern route, taking GPS readings of the peak's height. As of February 2010, 1,400 people had attempted to climb Mount Vinson.

Vinson Massif is a summit in the Ellsworth Mountains of western Antarctica's Sentinel Range that overlooks the Ronne Ice Shelf. Lincoln Ellsworth, an American explorer, discovered it in 1935.

Tentatively named "Vinson," it had long been believed of being in this section of West Antarctica, but it was not discovered until January 1958, when it was observed by US Navy planes flying from Byrd Station.

It was named after Carl Vinson, a United States Representative from Georgia who was a strong supporter of Antarctic research funding. The Vinson Massif was initially measured in 1959 at an elevation of 5,140 meters (16,864 ft).

The Vinson Massif stretches northwest from Goodge Col and Branscomb Glacier, southwest and south from Nimitz Glacier and Gildea Glacier, and east from Dater Glacier and its tributary Hinkley Glacier.

The massif's southeastern terminus lies at Hammer Col, which connects it to the Craddock Massif, the highest peak of which is Mount Rutford (4,477 metres (14,688 ft).

The climate of Mount Vinson is generally regulated by the polar ice cap's high-pressure system, which creates mostly stable temperatures, but severe winds and precipitation are possible, as in any polar environment.

Despite Mount Vinson's minimal annual snowfall, severe winds can cause base camp accumulations of up to 46 centimetres (18 in) every year.

During the summer months of November to January, there is 24 hours of daylight. While the average temperature during these months is 30 degrees Celsius (20 degrees Fahrenheit), the bright light will melt snow on dark things.

The little amount of snow that falls on the Vinson Massif compacts and turns into ice over time, generating glaciers.

These glaciers follow the topography and flow down the valleys of the mountains. The uppermost glacier occupies Jacobsen Valley on Mount Vinson's north slope and flows into either Branscomb Glacier to the west or Crosswell Glacier to the east.

The Ellen Glacier connects the Crosswell Glacier to the Rutford Ice Stream. The south face of Mount Vinson is drained by Roché Glacier, which flows west into Branscomb Glacier before leaving the Vinson Massif to join Nimitz Glacier.

Skiing on Vin­son Mas­sif is certainly one of the most exciting experiences. It is one among the world's most magnificent mountain ranges.

You would definitely fell in love with this place. So you better try to ski and snowboard in the continent's last frontier.

Most people who have the rare opportunity to partake in the Sev­en Sum­mit expe­ri­ence will have their definition of wilder­ness redefined. The chilly con­ti­nent of Antarc­ti­ca is beyond descrip­tion and offers skiers an adven­ture of a lifetime.

People did not begin exploring and climbing mountains until the 1960s. A group from the American Antarctic Mountaineering Expedition led by Nicholas Clinch ascended Mount Vinson and reached its summit for the first time in December 1966 and January 1967.

The Vinson Massif is made up of five more big mountains in the same area as Mount Vinson—the next five highest summits on the Antarctic continent.

Though Mount Vinson is not technically tough to climb, the mountain's harsh temperatures and secluded location make it a difficult ascent.

The "Normal Route" up the Branscomb Glacier, which takes an average of 10 days, is taken by the majority of climbers.

Climbs are often made during the Antarctic summer months of December and January, when the sun shines 24 hours a day and temperatures hover around - 20°C ( - 29°F).

Is Vinson Massif Hard To Climb?

Mount Vinson is 4,897m/16,067ft high, yet it is not a technically tough climb, despite temperatures plunging to minus 40°C towards the peak. Climbers with moderate experience can safely participate in the adventure under the guidance of professional Antarctic guides.

What Is Vinson Massif Known For?

It is part of the Mount Vinson Massif, which also includes five other neighboring tall mountains. Mount Vinson, Antarctica's highest peak, reaches 4,892 meters (16,050 feet) above sea level. Mount Vinson is one of the Seven Summits, the highest peaks on each of the world's seven continents, that has only lately been identified and explored.

Why Is Climbing Vinson Massif A Serious Undertaking?

Mount Vinson is regarded as the world's seventh most perilous mountain climb; its remoteness, along with the harsh cold and unpredictable weather on the Antarctic continent, makes it an extremely risky effort.

The ascent of Mount Vinson, which is not among the most difficult in terms of technical difficulty, is heavily dependent on the weather on the day of the climb as well as the logistics of preparing the trip. Experts in climbing have given Mount Vinson the rating of "very strenuous," therefore this expedition is unsuitable for those who are feint hearted.