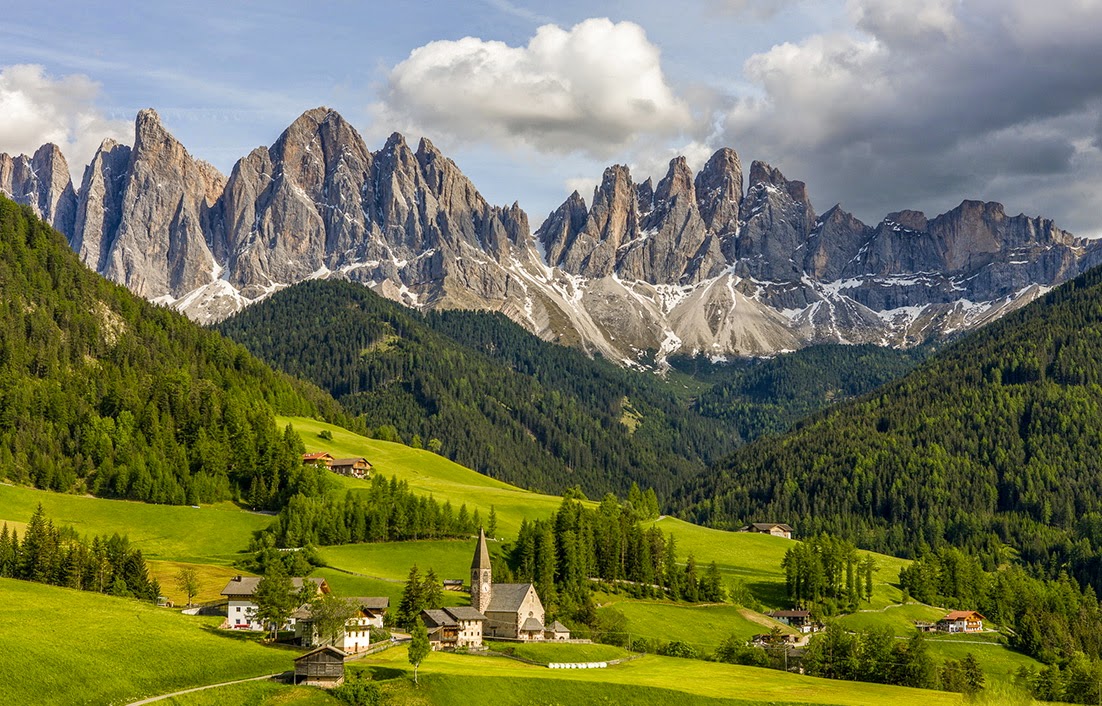 Trentino Italy is well-known for its natural beauty and winemaking. This vacation paradise boasts a strong cultural legacy, with many events organized throughout the year to celebrate local traditions and culture.

Trentino is well known to courageous skiers for winter sport areas like Canazei and San Martino di Castrozza, but it remains relatively undiscovered by summer travelers.

Trentino, Italy is ideal for individuals who prefer to travel independently. In the morning, wander around a quiet alpine lake; at noon, sip wine at a family-owned winery; in the afternoon, stroll along a spa's palm-lined promenade; eat at a Michelin-starred restaurant; and retire to bed in a medieval castle.

Trentino is located in northern Italy, in the Italian Alps, between Lake Garda and the Dolomites. 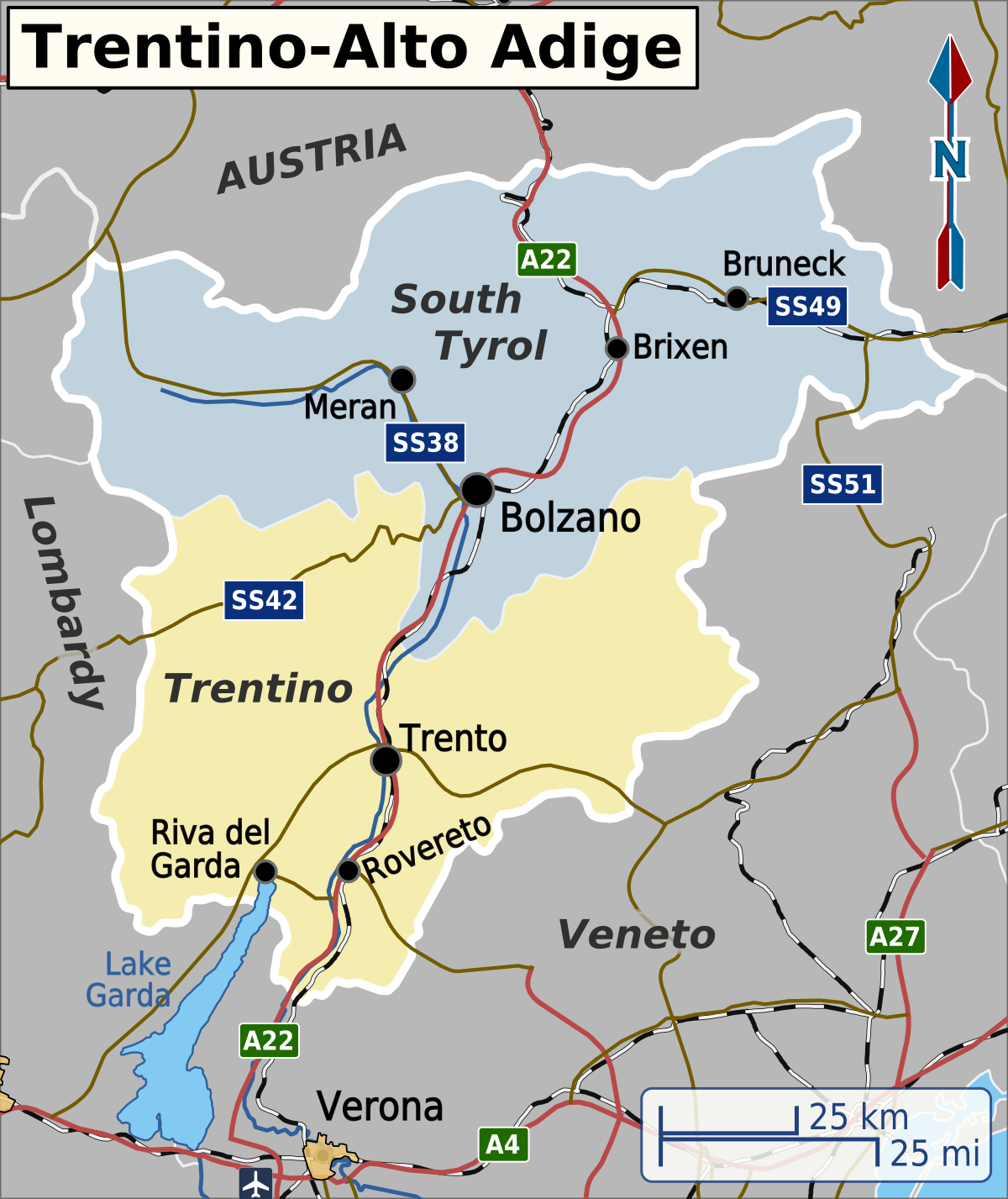 A detailed map and routes of Trentino Alto Adige Regions

It is located just below Austria and is close to cities such as Milan, Venice, and Verona. Trento is the principal city, notable for hosting the historical Council of the Sixteenth Century and for its Trentodoc, one of Italy's most valuable spumante sparkling wines.

Trentino has no airports, but you may fly into Verona, Bergamo Orio al Serio, Innsbruck, or Venice, all of which are around two hours distant by car and well-connected by trains and buses.

The greatest time of year to visit Trento for warm-weather activities, according to the tourist score, is from late June to mid September. 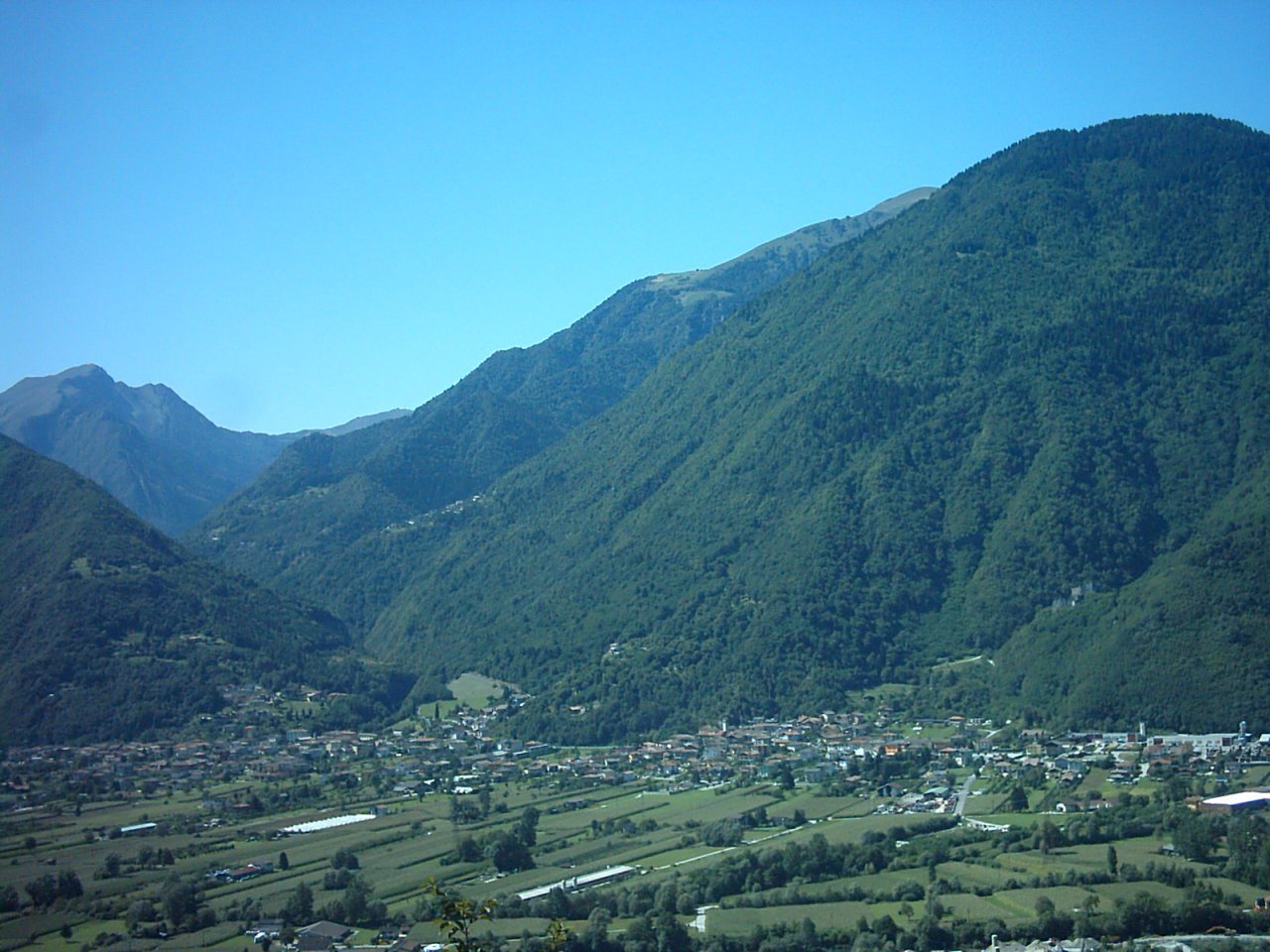 Trento has pleasant summers, severely chilly winters, and partly cloudy weather all year. Throughout the year, the temperature normally ranges from 28°F to 78°F, with temperatures rarely falling below 19°F or rising over 84°F.

The iconic Val di Rabbi hanging bridge has become one of the most Instagrammable spots in Trentino, so if you're on vacation in the Val di Sole, you certainly shouldn't miss it. It's fun for the whole family and open all year, but in the spring you can have it all to yourself. 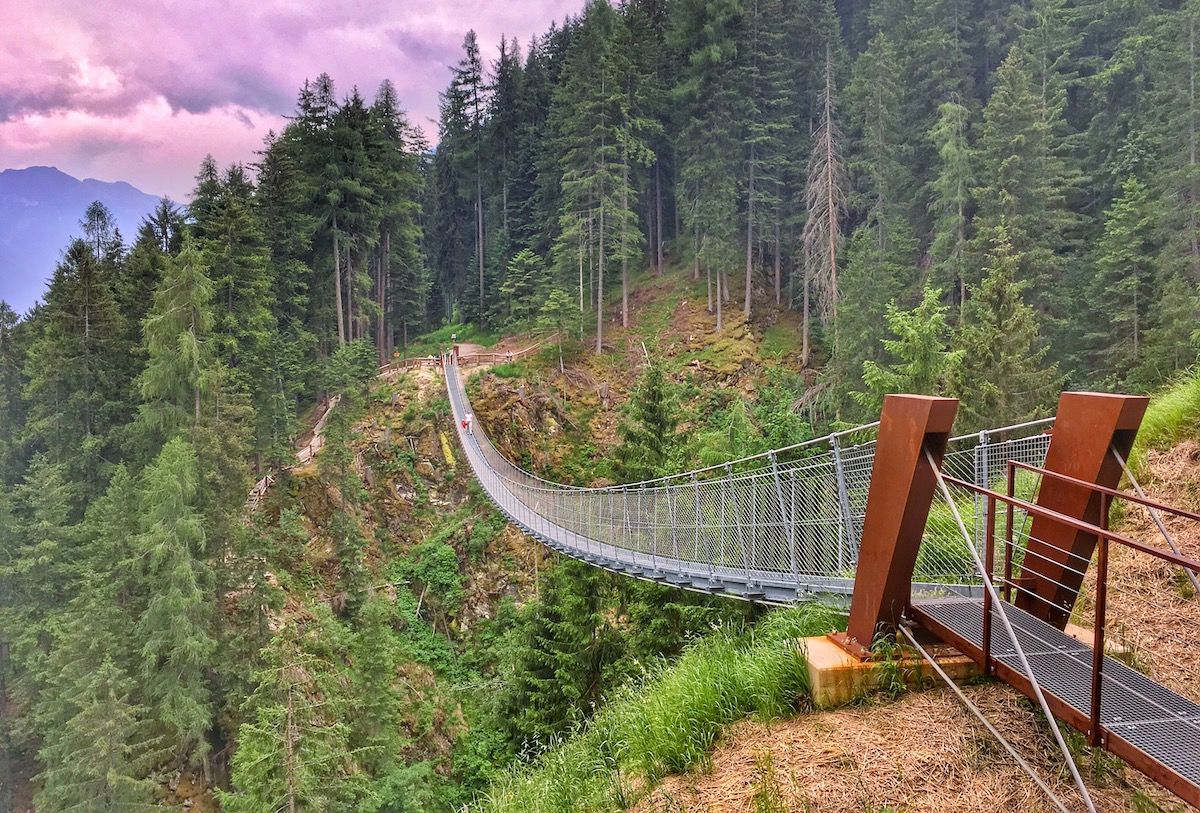 The 30-minute walk there is well worth it for the thrill of traversing this 100-metre walkway suspended 60 meters above the ground. The absolutely unusual natural splendor of the Rio Ragaiolo falls will leave you speechless.

The view from up there is mesmerizing. When you're halfway across, suspended in mid-air, your adrenaline will be pumping, but you have nothing to worry about – everything is entirely safe. Forget about the height and just enjoy the thunderous roar of the waterfall right in front of you.

The Val di Rabbi hanging bridge is a thrill for the entire family, from young children to experienced hikers. It is completely safe to cross all year, even with snowshoes in the winter!

The Dolomiti Superski is an Italian ski resort. It was established in 1974 and covers around 3,000 km2 in the Triveneto region of Italy, including the majority of the Dolomites' winter ski slopes. It is the world's largest ski area, with 12 ski resorts and 1,246 kilometers of slopes. 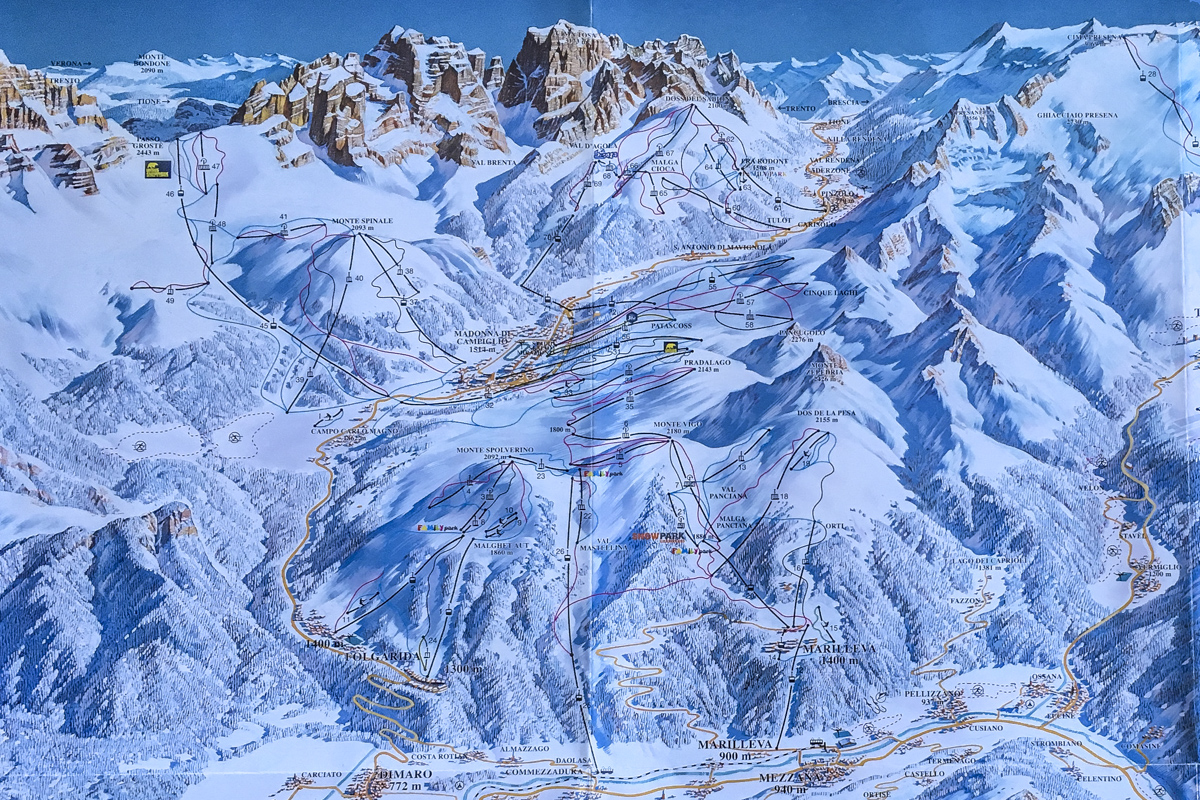 The International Ski Federation (FSI) organizes important winter events such as the Nordic ski 1991, 2003, and 2013, snowboarding 2001, and freestyle ski championship 2007, as well as the Adamello Ski Raid and Marcialonga.

Since 2007, the Tour de Ski has concluded in Val di Fiemme with the Final Climb stage up the alpine skiing course on Alpe Cermis.

Cycling events such as the Giro del Trentino and Maratona dles Dolomites through mountain passes are popular in the region during the spring and summer.

What Is Trentino Italy Known For?

Trentino is well-known for its breathtaking natural surroundings, including majestic mountains, lush valleys, and lakes. Consider that there are 297 of them. If you enjoy nature, this is the destination for you!

Is Trentino In The Dolomites?

The Dolomites are a mountain range in Italy that encompasses the provinces of Trentino, South Tyrol, Friuli-Venezia Giulia, and Belluno.

How Do You Get To Trentino Italy?

A shuttle service to Milan's center is assured for passengers arriving at Malpensa (Malpensa Airport) and Linate (Linate Airport). Every 20-30 minutes, buses leave 24 hours a day.

Draped across the high Alps, where Italy, Austria, and Switzerland collide and cultures blend, Trentino Italy is a significant lure for holidaymakers who come for winter skiing, summer trekking, and peaceful year-round vistas.