Ski Mountains Open Earlier Than Expected Thanks To Early Snow 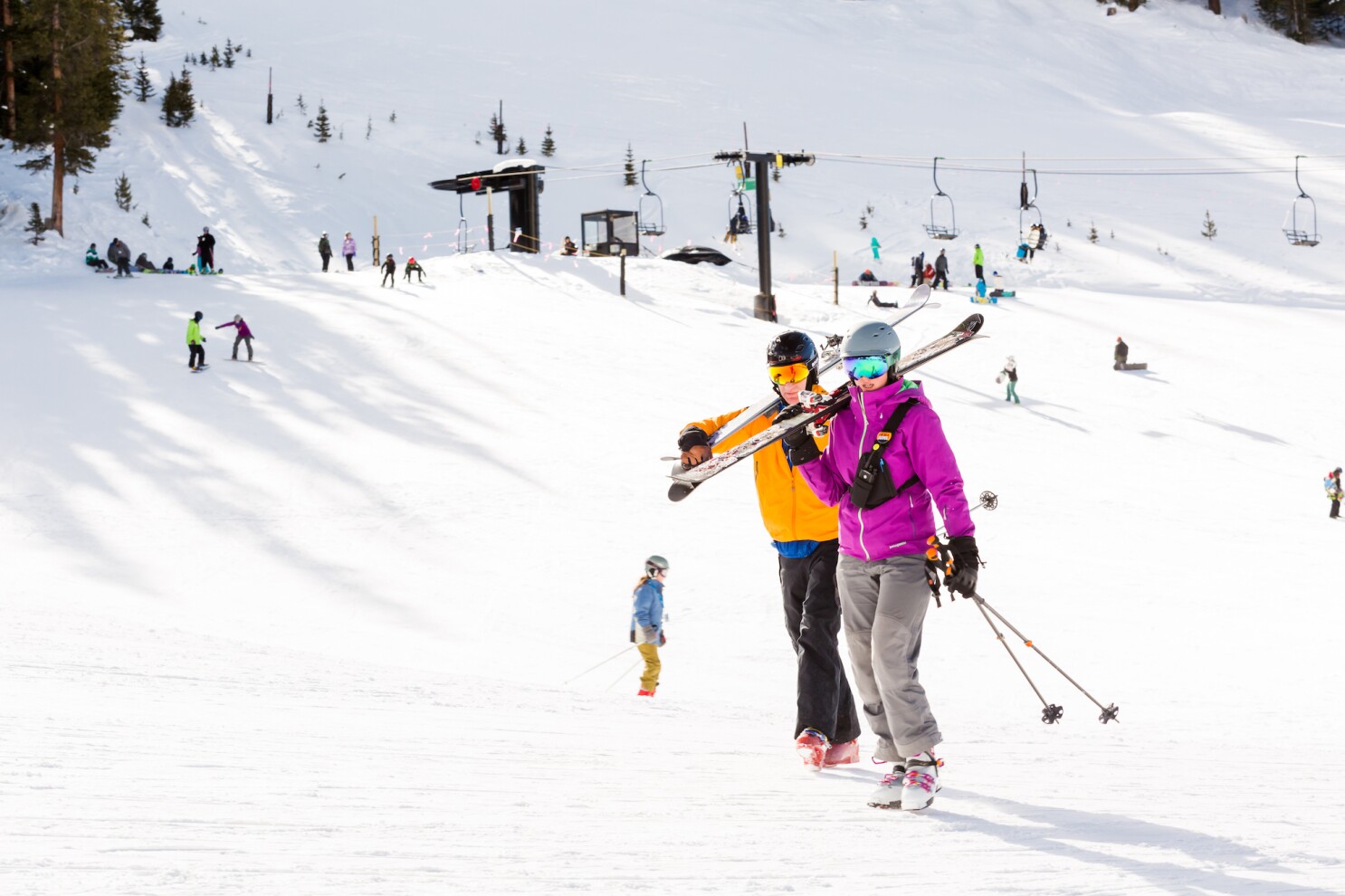 Because of the recent storms and the cold temperatures that have persisted across the West Coast and Canada, more than a dozen ski resorts open or are going to open earlier than they had originally planned.

According to information provided by the company to Travel + Leisure, a total of 13 ski resorts that are accessible via the Ikon Pass have either already opened their doors or plan to do so this week.

Kristin Rust, the VP of communications for the Alterra Mountain Company, told the reports,

Nothing is more exciting this time of year than big snow and early openings. Thanks to some huge storms across North America, Ikon Pass holders can get in on bonus days with early openings at 13 resorts. Ikon Pass is still on sale and winter is officially here.

Arapahoe Basin in Colorado was one of the first resorts in the country to welcome skiers and riders on October 23, followed by Winter Park Resort, which opened earlier than ever on October 31.

Then, on November 5 — one week earlier than was originally planned — Mammoth Mountain in California opened its doors to the public as a result of snowfall.

In a manner of speaking, the ski resorts of Lake Louise, Banff Sunshine, and Mt. Norquay in Canada have all opened for the winter season as a direct consequence of the heavy early-season snowfall that has occurred over the past three weeks.

After receiving more than three feet of snow in the past week, including 39 inches in just the last three days, the lifts at Palisades Tahoe will finally begin spinning this coming week.

The mountain will welcome visitors on November 18th. On the same day, Crystal Mountain in Washington and Snowbird in Utah, both of which have received significant amounts of fresh powder, will also open for the season.

And on November 19, skiers and snowboarders will be able to return to the slopes at both Snowmass and Aspen Mountain, thanks to the accumulation of more than three feet of fresh powder. The mountains were supposed to open around the time that Thanksgiving is celebrated.

Just over a month remains until the start of the winter ski season, but Ikon Pass manages to keep surprising visitors.

Grandvalira Resorts in Andorra and Sun Peaks Resort in British Columbia, Canada, are the two new international resorts that Ikon Pass has added for the 2022–2023 season.

Ikon revealed five additional resorts that will be added to the pass last month: Panorama in British Columbia, Sun Valley in Idaho, Snowbasin in Utah, and Chamonix Mont-Blanc Valley in France.

Ikon Pass holders will now be able to ski at more than 50 mountain resorts spread across 11 nations in the Americas, Europe, Asia, Australia, and New Zealand.

Grandvalira is a collection of three ski areas in Andorra: Grandvalira, Ordino Arcals, and Pal Arinsal. Together, these resorts offer more than 130 miles of slopes spread across 215 runs, 123 lifts, and nearly 7,600 acres of terrain.

Due to its 20 feet of snowfall each year, powder hunters will adore Sun Peaks. Ikon Pass holders will have unlimited access to all three resorts at Grandvalira Resorts Andorra for seven days straight with no blackout dates, while Ikon Base Pass holders will only have access for five days with a few restrictions.

At Sun Peaks Resort, the same applies to Ikon Pass and Ikon Base Pass holders; both resorts are accessible with the Ikon Session Pass.

Pass holders in Chamonix Mont-Blanc Valley will have access to the opulent ski lifestyle on a mountain known for excellent on - and off-piste skiing as well as a lavish après-ski scene.

With its longest ski run measuring a whopping three miles, Sun Valley offers skiers and riders an absolutely astounding 3,400 vertical feet to explore spread across two mountains. Advanced skiers and riders can access Snowbasin's 3,000 acres of skiable terrain via its high-tech lift system, which will whisk you to the top via chair, gondola, and even a tram.

The upscale skier seeking to both get in their turns and some spa time will find Lotte Arai Resort to be a welcoming destination for those looking to travel to Asia, especially in light of Japan's reopening.

Travelers can ski all day and soak away their muscle aches all night thanks to the resort's onsen. The last hidden gem for skiers and riders is Panorama in British Columbia, which is less popular than its larger mountain neighbors like Whistler.

Breckenridge, which opened two days early on November 9, and Vail Mountain, which opened on November 11 for its 60th anniversary season, are two of the mountains that are included on the Epic Pass that have also opened for the season.

In addition to these mountains, several others on the Epic Pass have also opened for the season.