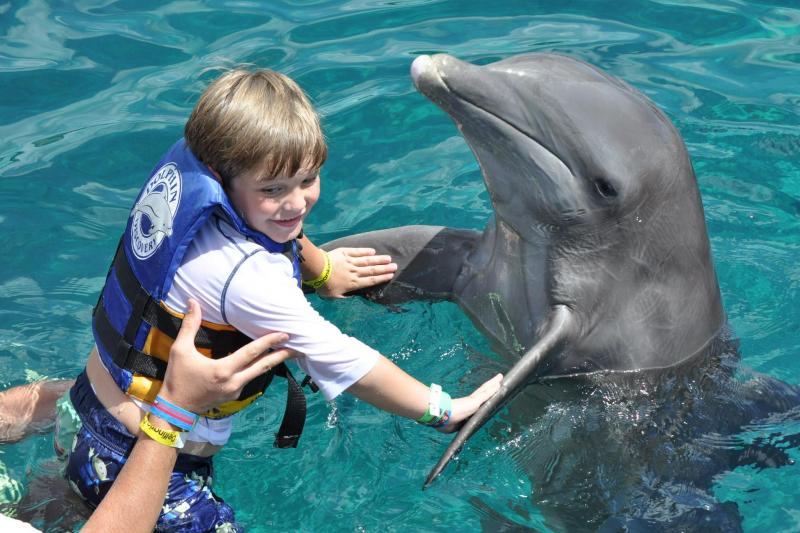 A new amendment seeks to ban dolphin shows in Cancun and the Caribbean region of Mexico. Any type of dolphin show or swim experience, which are rather popular in the tourist regions of the Riviera Maya, including Cancun, Cozumel, Isla Mujeres, and Tulum, will no longer be provided.

This would be in accordance with a potential new law in Mexico that prohibits the use of marine animals in performances. Examples of marine animals that would fall under this law include dolphins, seals, and sea lions.

The Mexican Chambers of Deputies held a vote this week to approve an amendment to the country's General Wildlife Law that will "prohibit any specimen of marine mammal from being subject to extractive use," regardless of whether the usage is for subsistence or for commercial purposes.

The final tally was 331 votes in favor, 17 votes against, and 125 votes absentee. As a result of the modification, marine mammals such as dolphins will no longer be required to participate in performances or any other kind of show involving dolphins, despite the fact that dolphin displays continue to be quite popular in this tourist sector.

Some of the deputies who favor the proposal have argued that dolphins in captivity work long hours, are trained for such employment, face a high level of stress, and are compelled to live in "unnatural" settings.

One deputy, Gabriela Sodi, said that animals should be viewed as beings who must be treated and respected humanely in order to retain and uphold their moral responsibility. Because they are sentient animals, mammals in captivity experience a different reality than those in their natural surroundings.

The General Wildlife Law of Mexico now contains a provision that makes it illegal to reproduce marine mammals that are subject to intense control if the goal is not the reintroduction or repopulation of the species.

The modification to the law indicates that it is illegal for people to employ marine mammals for any activity unless the activity is used for the purpose of conducting a scientific study or conserving marine life.

It is stated unequivocally that the use of specimens of marine mammals in fixed or itinerant exhibits, as well as in any activity whose objective is not scientific study for the protection of marine mammals, is expressly prohibited.

The state of Quintana Roo alone is home to more than 250 dolphins that are kept as pets, which accounts for over 10% of the total number of dolphins kept in captivity all over the world.

Cancun, Tulum, Isla Mujeres, Cozumel, and Punta Aventuras are some of the most popular places in Mexico for tourists from other countries to meet and interact with these species.

Activities such as "dolphin encounters" are offered as part of the vacation packages at a number of Cancun's most well-known resorts. However, the change calls into question whether or not such a practice is morally acceptable.

As a result of the recent vote that took place in Mexico's Chamber of Deputies, which is the country's lower house of Congress, the newly proposed amendment will be sent to the Mexican Senate for approval.

Other nations, including Chile, Canada, India, Costa Rica, Croatia, Cyprus, France, and Slovenia, among others, have previously passed legislation to preserve marine animals. For example, these nations have all passed laws that prohibit the capture and use of dolphins for performing purposes.

It is terrible to continue putting these creatures through the trauma of being a part of a performance, which requires them to behave in a manner that is not in keeping with their natural tendencies.

The initiative recommends moving towards the termination of any activity with sea mammals that does not serve scientific and teaching aims for the preservation and conservation of such marine mammals.