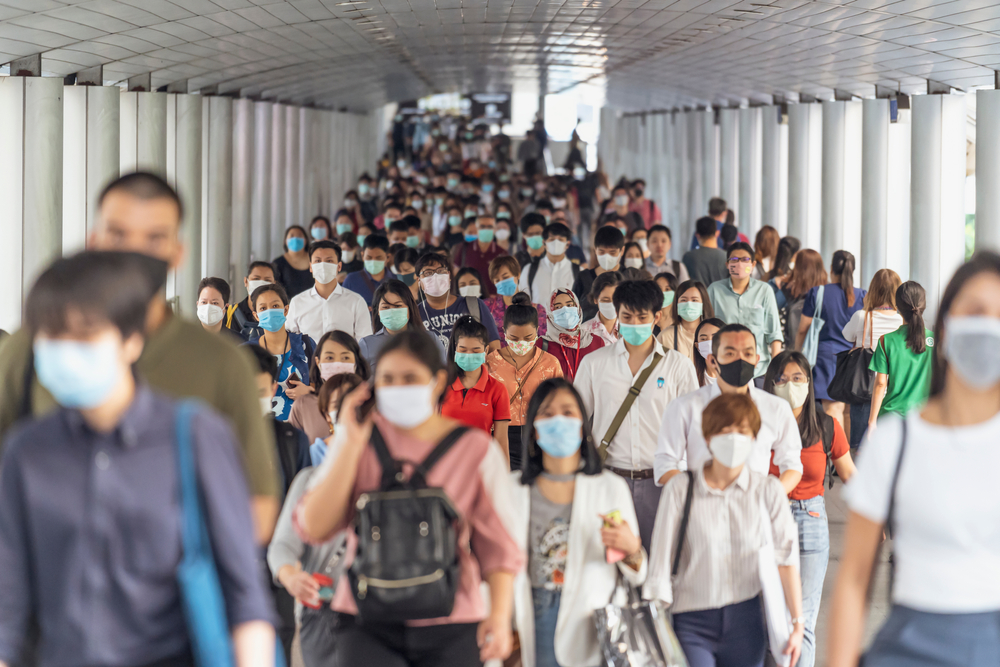 According to The US Centers for Disease Control and Prevention or CDC, more than half of all destinations remain at 'high' Covid risk.

On Monday, the CDC did not add any new countries or territories to its list of countries and territories with a "high" risk of Covid-19.

However, "high" risk locations (designated as Level 3) continue to account for nearly 130 of the approximately 235 places monitored by the CDC.

That's more than half of all destinations on the CDC website, and some of them are among the most popular with tourists worldwide.

Only one country, Namibia, a sparsely populated desert nation, moved from Level 3 to a lower risk rating this week.

After the CDC overhauled its ratings system for assessing Covid-19 risk for travelers in April, Level 3 became the top rung in terms of risk level.

The designation is given to areas with more than 100 cases per 100,000 residents in the previous 28 days.

Levels 2 and 1 are classified as "moderate" and "low" risk, respectively.

Only a few places in the world are currently at Levels 2 or 1.

Level 4, previously the highest risk category, is now reserved only for extreme cases, the emergence of a new variant of concern, or the collapse of health care infrastructure.

So far, no destinations have been assigned to Level 4 under the new system.

"Unknown" refers to locations where the CDC did not receive enough data to make an assessment.

Much of Europe has been stuck at Level 3 for months, and the summer travel season is now winding down.

As of August 22, the following popular European destinations remained at Level 3:

These aren't the only high-profile locations that have fallen to Level 3.

Numerous other destinations around the world are classified as "high risk," including the following:

Saint-Pierre and Miquelon, a self-governing archipelagic territory of France located off the southern coast of Newfoundland in Canada, and the French island department Réunion in the Indian Ocean are examples.

Before traveling to a Level 3 destination, the CDC recommends that you get your Covid-19 vaccines up to date.

Being "up to date" means that you have received all of your initial vaccinations as well as any boosters for which you are eligible.

On Monday, the CDC added two new destinations to Level 2:

On August 22, only one new place was added to the category. Saudi Arabia, which had previously been at Level 2.

This week, only 22 locations were classified as "low" risk.

Egypt and Tanzania were two of the more popular "low" risk destinations with world travelers this week.

Finally, the CDC has designated certain destinations as "unknown" risk due to a lack of information.

These are usually, but not always, small, remote areas or areas where there is ongoing warfare or unrest.

This week, a new destination was added: Benin, a small West African country that had previously been at Level 1.

The CDC advises against visiting these locations because the risks are unknown.

Hungary, the Maldives, and Vietnam are three other popular tourist destinations in this category.

This week, nearly 70 locations are listed as "unknown," accounting for nearly one-third of all locations monitored.

According to CNN Medical Analyst Dr. Leana Wen, transmission rates are only "one guidepost" for travelers' personal risk calculations.

We've reached "a point in the pandemic where people must make their own decisions based on their medical circumstances as well as their risk tolerance when it comes to contracting Covid-19," according to Wen.

She also added that there are other factors to consider in addition to transmission rates.

"Another is what precautions are required and followed in the location that you're going to, and the third is what you intend to do once you're there," she explained.