France Map - A Must Visit Place For Travelers 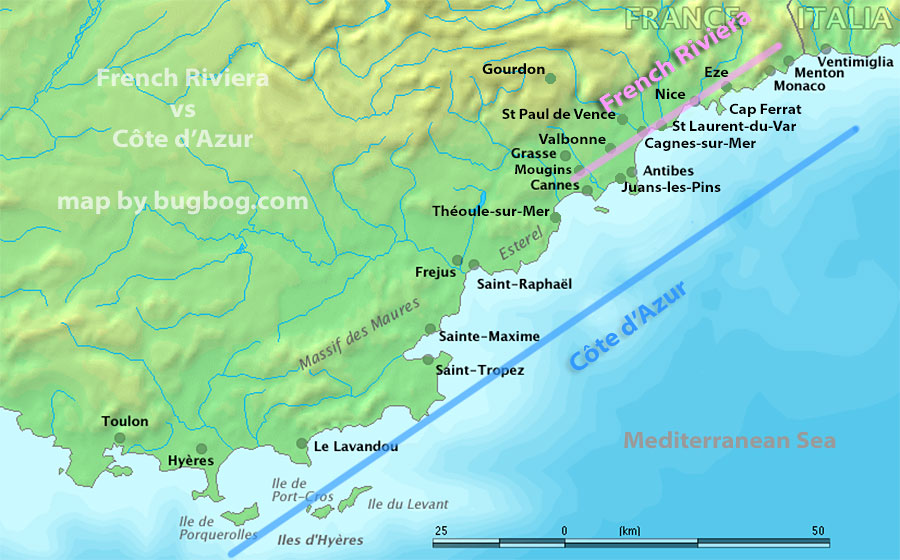 France is a country in Western Europe, bordered by the Bay of Biscay (North Atlantic Ocean) in the west, the English Channel in the northwest, and the North Sea in the north. It is the world's fifth-largest economy and the world's fifth-most populous country. France shares borders with Belgium and Luxembourg in the northeast, Germany, Switzerland, and Italy in the east, the Mediterranean Sea in the south, and the countries of Spain, Andorra, and Monaco in the north. France map region and the United Kingdom share maritime borders as well.

Since 1994, the Channel Tunnel has connected France map regions and the United Kingdom. The tunnel is 50.5 kilometers (31.4 kilometers) long and connects Folkestone, Kent, in the United Kingdom, with Coquelles, Pas-de-Calais, near Calais, in northern France.

Paris is the largest city in France as well as the capital. French is the primary spoken language (official). 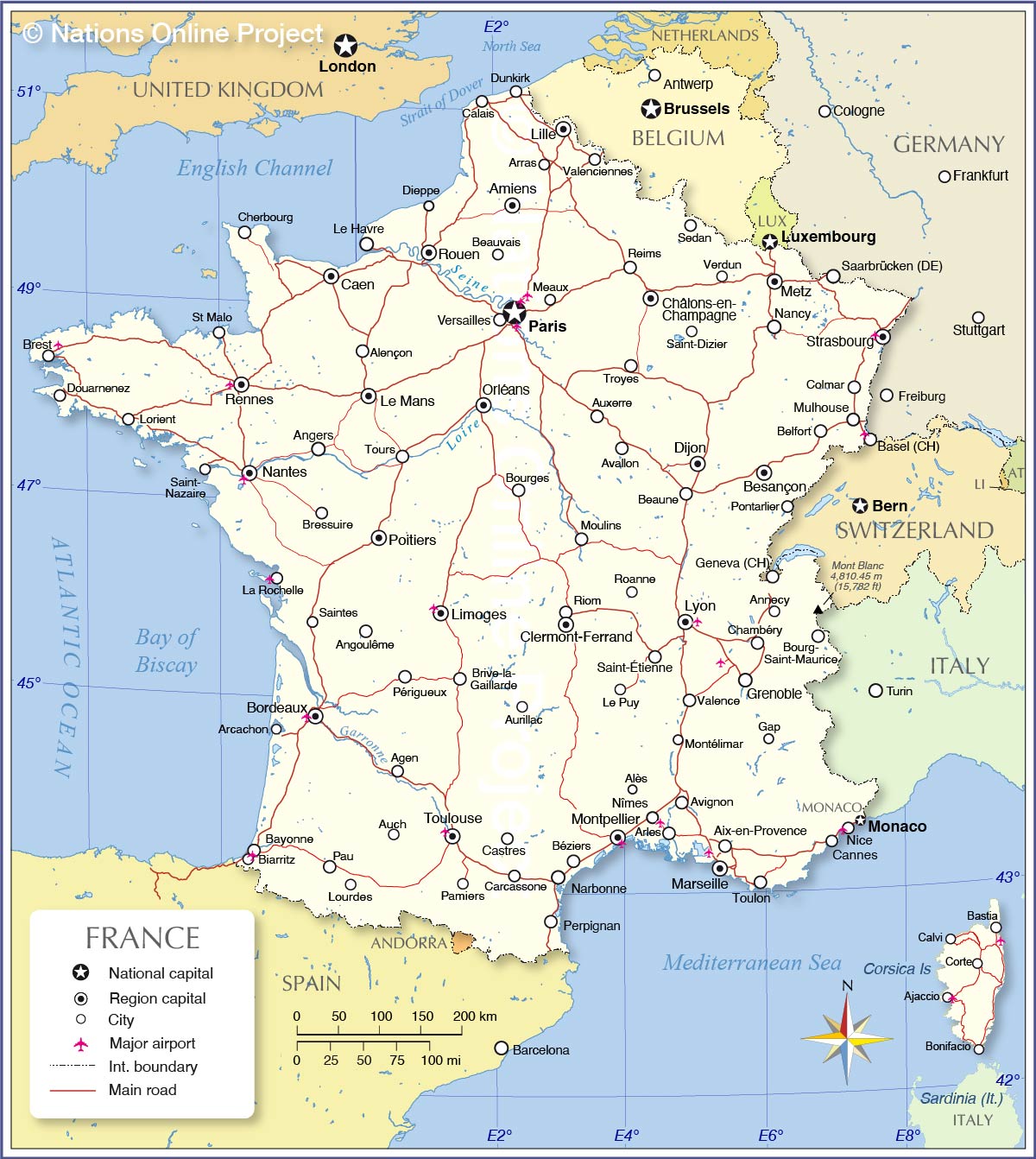 What Is France Famous For?

Because France is one of the most popular tourist destinations in the world, most of us are familiar with landmarks such as the Eiffel Tower, the Louvre, and Notre Dame de Paris, among others. There's no doubt that the French enjoy eating croissants and that they produce excellent wine, but there's so much more to this country's reputation than that!

France Is A Wonderful Place To Spend Your Vacation Time

French cuisine, terrain, accommodations, resorts, romantic getaways, and possible activities include skiing in the Alps, walking the medieval walls of Carcassonne, cruising through the canals of Strasbourg, swimming off the coast of Nice, and biking around the Loire Valley. France is the largest country in Europe and has fantastic weather if you go to the right place (the Cote d'Azur, of course), the world's favorite tourist destination (Paris, of course), the world's most popular travel destination. 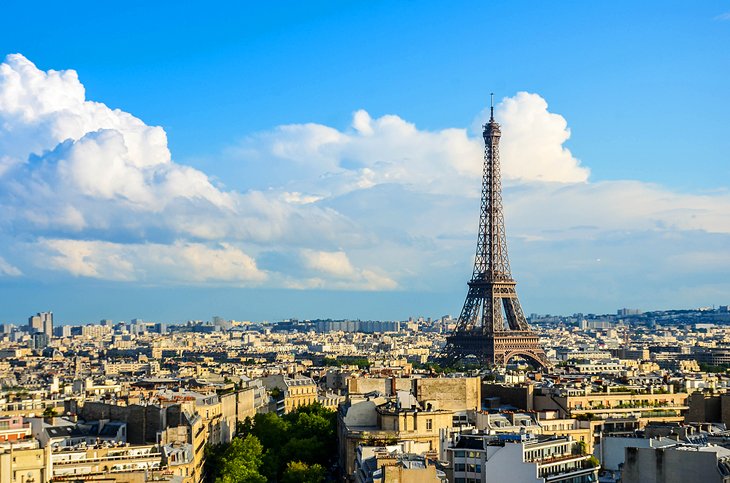 Even though France's autoroutes have been brought to heel by a successful anti-speed campaign, this has done nothing to reduce the number of road users on the country's roads, and many would-be idyllic "pottering around little villages" vacations are no longer viable unless one has enormous reserves of patience to endure the traffic.

Despite this, the people are generally kind, inviting, and sociable, the food is wonderful whether purchased from supermarkets or eaten in a restaurant, the wine is reasonably priced, and the language is delightful. 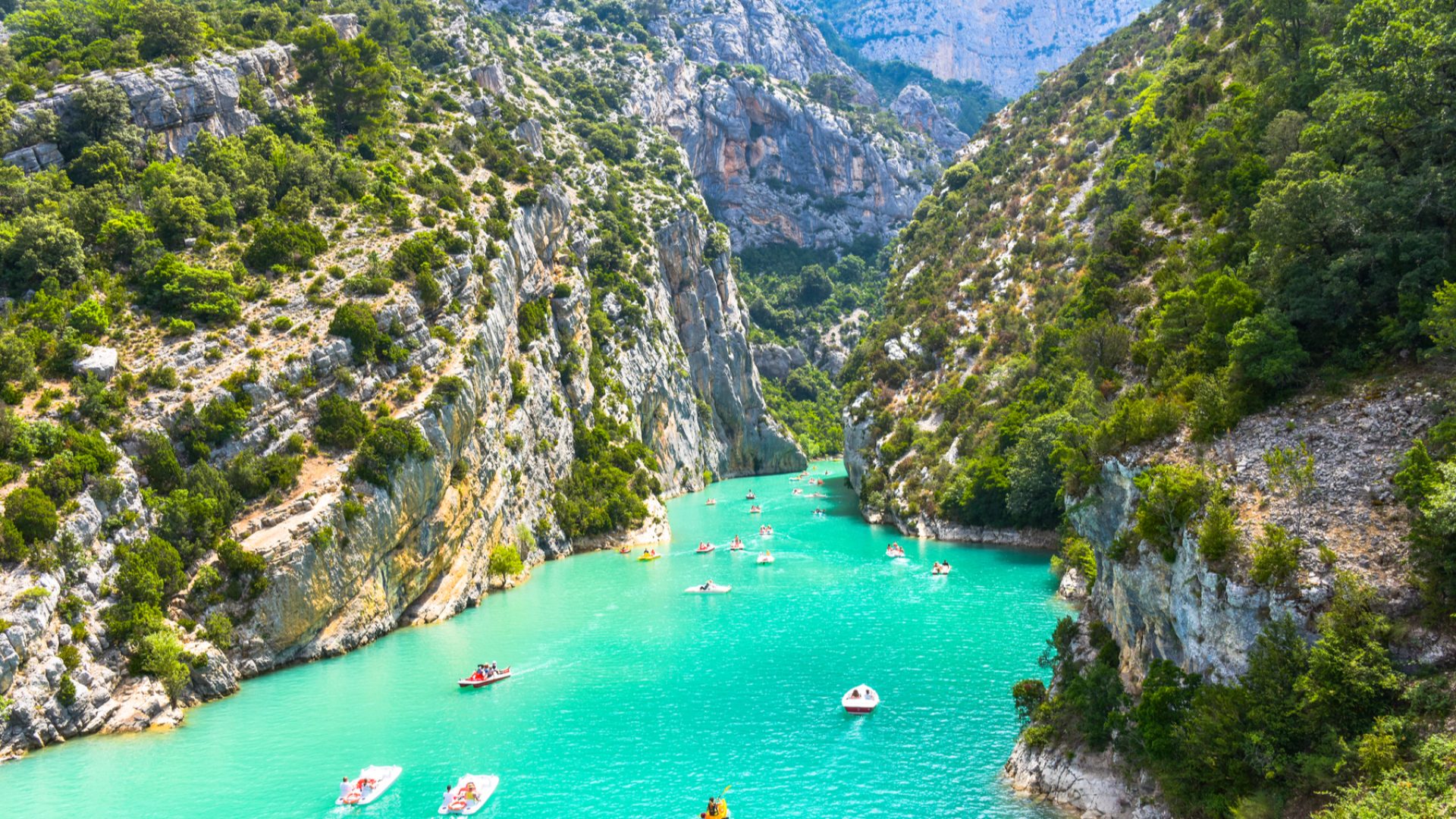 Boats on a river flowing through the mountains

With breathtaking landscapes ranging from the boulevards of Paris to the fashionable coastal resorts of the Côte d'Azur, France is a must-visit destination for nature lovers. Romantics will be delighted by the fairy-tale castles, magnificent cathedrals, and picture-perfect villages that can be found throughout Europe. The country's contemporary monuments and rapid train transit system, on the other hand, startle visitors out of their storybook settings and into the atmosphere of the twenty-first century.

Begin with the Eiffel Tower, which serves as France's current national symbol. Then visit the Louvre Museum, where you may see world-renowned treasures of art. Spend the day pretending to be a member of the royal family at the opulent Palace of Versailles. Plan leisurely gourmet dinners in advance of your trip! The Intangible Cultural Heritage of Humanity list includes traditional French food, which has been inscribed on the UNESCO list.

Each Region Has Its Own Distinctive Culture

Each France map region has a specific cuisine and culture that is unique to it. The coastal region of Brittany is known for its old-world charm, which includes picturesque fishing villages and ancient seaports, while the French Alps are known for their hearty food, which includes cheese fondue and charcuterie served in snug chalets close to ski resorts.

With this list of the greatest attractions of France map region, you can take in the country's alluring appeal while also learning about the best things to do.