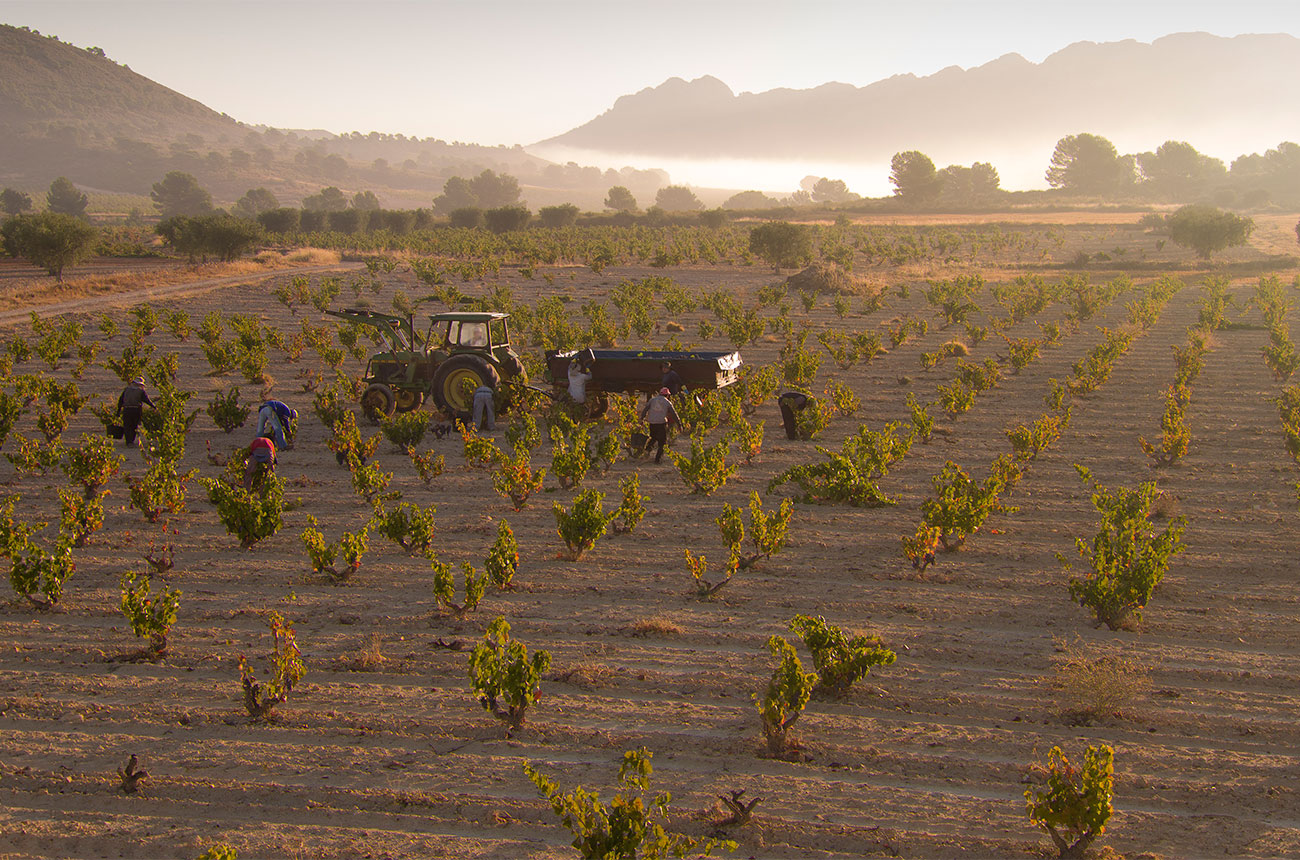 You may opt to avoid the swarms of tourists on the seaside and in the large cities as would-be visitors to Spain look forward to the post-Covid era.

If you're searching for outstanding wine, exquisite cuisine, and culture, the Jumilla wine area in southeast Spain is a much more quiet alternative.

While the region is known for its high-quality matured red wines, there is also a large range of rosé and white wines, as well as young lively fruity reds, to cool the palate on a hot summer day, as well as a variety of restaurants that serve local specialties to match with them.

The coastline running from Valencia to Alicante is commonly thought to be the birthplace of paella.

However, these rice-based meals, known as arroces, are a traditional staple of the Jumilla area, which is around 100 kilometers inland.

Furthermore, the region of Murcia's Calasparra has its own home-grown rice, an expensive, round-grained absorbent rice that's great for paella and very popular in Japan. 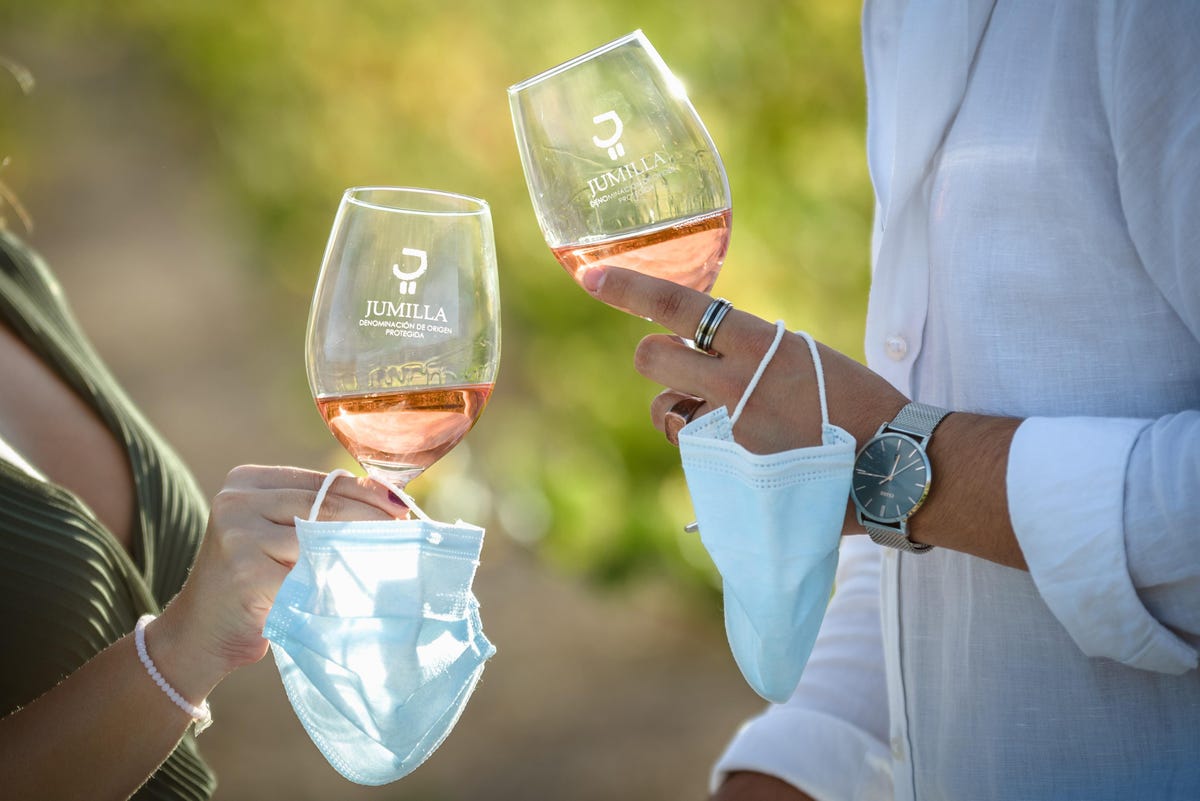 A Man And A Woman Drinking Rose Jumilla Wine

Similarly to Valencia, Jumilla has its own form of paella, the most traditional of which is made with rabbit and snails and cooked in big shallow pans over the flames of burning vine shoots.

Arroceria Fuente del Pino, 8 km from Jumilla towards Yecla, is the location to go for this in Jumilla.

Vegetarian and vegan meals are available, as they are in most Jumillan restaurants; after all, Murcia is Spain's vegetable garden, with restaurants built right in the center of its orchards.

These arroces go nicely with crisp local rosé wines. While some of them will undoubtedly follow the current trend toward lighter, pale pink Provence-style wines, a number of Jumilla growers prefer a darker color and greater body, which is well-suited to food, particularly rice dishes.

Bodegas Carchelo, a vibrant, tourist-friendly winery 10 kilometers from Jumilla, employs the saignée method, which involves leaving the skins in contact with the juice for several hours to produce a rosé with appealing fruit and floral notes on the nose, as well as structure and crisp acidity on the palate.

Carchelo is located on the outskirts of the Sierra de Carche national park, next to working salt mines going back to the Roman era.

Esencia Wine Cellars and Bodega Madrid Romero, which has released a complex white wine created from the Macabeo grape and aged on acacia wood, are two more prominent wineries in the Carche area.

The wine has a nice refinement to it, with a pleasant fragrant scent. This little vineyard is home to a fine-dining restaurant with a developing reputation. 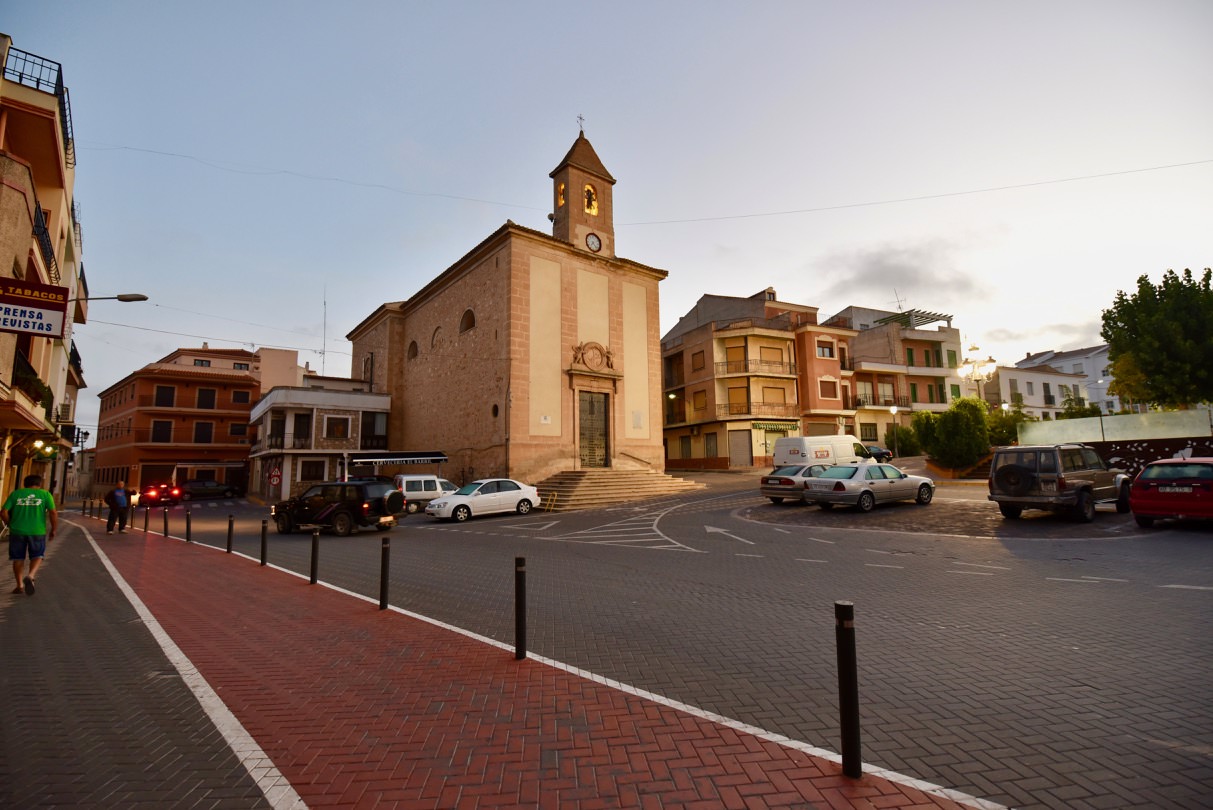 The Center Of Jumilla Town

The Olivares and Alceo wineries also produce high-quality rosés. The first is a Garnacha rosé, while Alceo's is created with Monastrell from the area.

Both wines exhibit the flowery, red berry characteristics of their grape varietals and may be served as an aperitif or with tapas.

The oldest winery in the region, Alceo, is situated in the center of Jumilla town, which also houses the highly regarded BSI and Silvano Garca wineries.

Restaurante Reyes Católicos in the town center serves excellent traditional cuisine, while De Loreto in the 19th century has a big cool terrace where you can enjoy fantastic value tasting menus, including vegan dishes, typically incorporating the house speciality: artichokes with a dark chocolate sauce.

Apart from the obligatory tour of the Moorish castle in Jumilla, tourists can visit the archaeological museum Jeronimo Molina, where a pair of gold earrings discovered in a necropolis at Coimbra del Barranco Ancho and dating back 2,400 years attests to the region's ancient grape-growing traditions. Each earring is adorned with a little cluster of grapes. 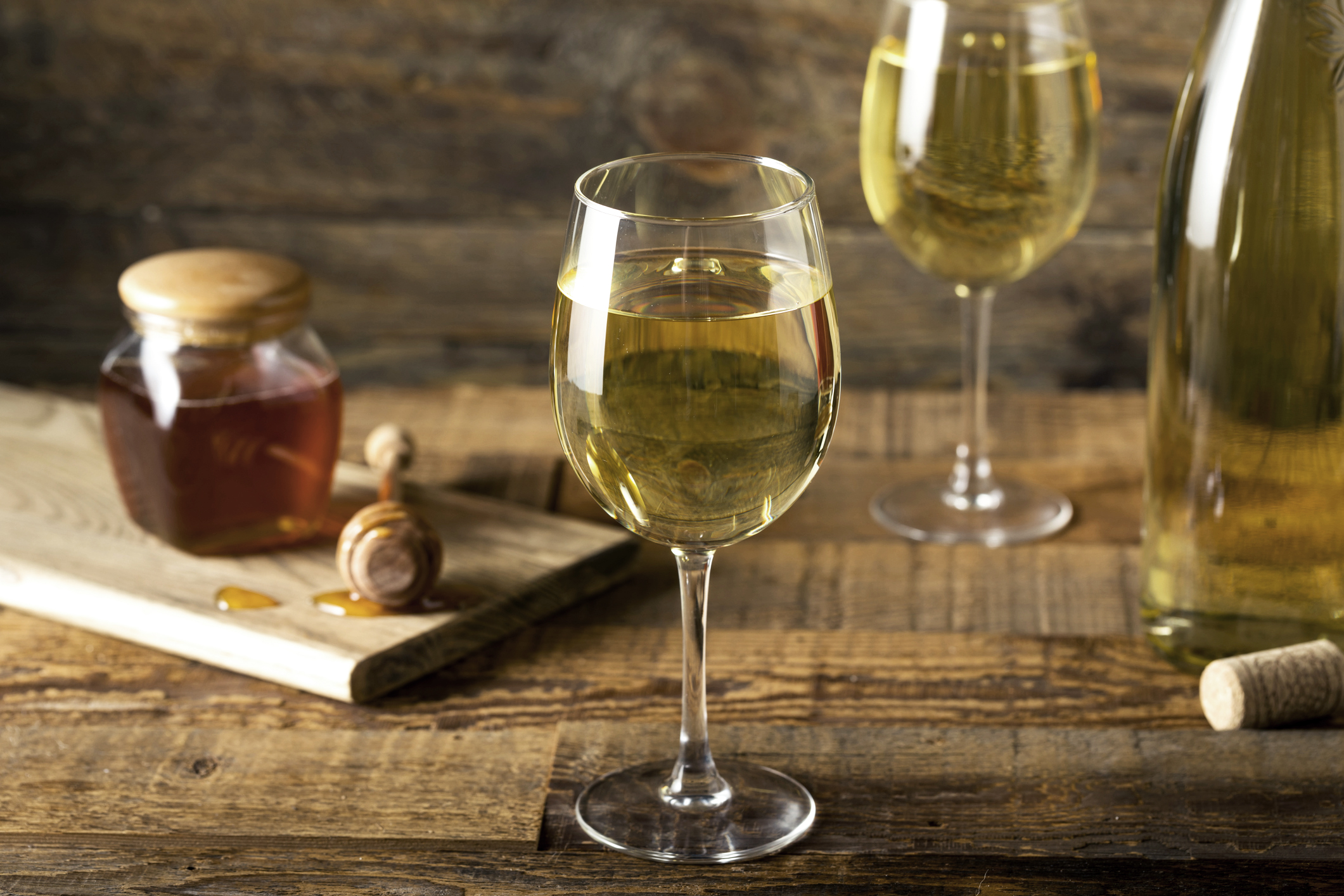 Both Spanish and international white varieties are planted in Jumilla, and the jury is still out as to which one is best suited to the Jumilla terroir.

The traditional Airén, a fairly neutral grape widely planted in southeastern Spain, appeared to have gone off the radar in favour mostly of Sauvignon Blanc.

Bodegas Salzillo and Bodegas Luzón both offer fresh, crisp fruity Sauvignon Blanc that is delicious to drink on a shady terrace.

However, Airén is making something of a comeback. Two of Jumilla’s highly respected red wine producers, Viña Elena and Bodegas Cerrón, are breaking new ground with Airén.

Both are achieving amazing results, though with very different winemaking techniques. Paraje Las Encebras at Viña Elena is fermented and aged for seven months in demi-johns, while Bodegas Cerrón’s El Cerrico is fermented in amphora and aged for 12 months in used oak barrels.

The Cerrón winery is located in the northeast corner of the appellation close to Fuente Álamo in Albacete province.

Conveniently situated nearby - not far from the motorway to Madrid - Bodega Mainetes offers 3-star hotel accommodation in a rural setting with cool spacious rooms, a gîte, and a family-run restaurant that specialises in gazpacho.

But guests beware, this is gazpacho jumillano and bears no relation to the well-known tomato-based dish. This is a vegetable and rabbit dish served on flatbread.

An alternative itinerary towards Madrid takes you to Hellín and past Jumilla’s iconic Casa Castillo winery.

Close to Hellín is the superb Tolmo de Minateda archaeological park, which includes cave paintings dating back to 6,000 BCE.

Further up the road is the Tobarra co-operative, which offers a fascinating value-for-money white blend of Airén and Pedro Ximénez.

Finally, a trip to Jumilla wouldn’t be complete without enjoying a glass of dulce Monastrell, a red dessert wine made in the Port manner.

Pick of the bunch is the Silvano García 2016 which has a good tannic structure to counterbalance the sweetness of the fruit.

On the same quality level is that produced by Esencia Wine Cellars. Both can be enjoyed with desserts or even better with the local Murcia goats’ cheese, the rind of which is soaked in red wine.

What Kind Of Wine Is Jumilla?

All three shades of Jumilla Dulce (sweet wine) are possible. Airen, Macabeo, Pedro Ximénez, and Malvasia are the most common white kinds. Other foreign grapes, like as Chardonnay, are also permitted.

Is Jumilla A Grape?

And what fruits – or more specifically, one grape – Jumilla is Monastrell country. Monastrell is a late-ripening grape (more on that later) that thrives in the heat of the region and produces wines that vary from lively and fruity to astoundingly complex.

Is Jumilla A Red Wine?

What Food Goes With Jumilla Wine?

Monastrell is huge, medium to full-bodied, and tannin-rich, so it goes well with almost any substantial and meaty cuisine, from hamburgers and pizza to short ribs, veal, hog, lamb, sausage, game, and other meats, particularly grilled meats.

Where Is The Jumilla Wine Region In Spain?

Jumilla is a wine Denominación of Origen (DO) in the Spanish provinces of Murcia and Albacete.

It is located on the Mediterranean coast in the country's southeast corner, flanked to the north by Yecla and to the south by Bullas. 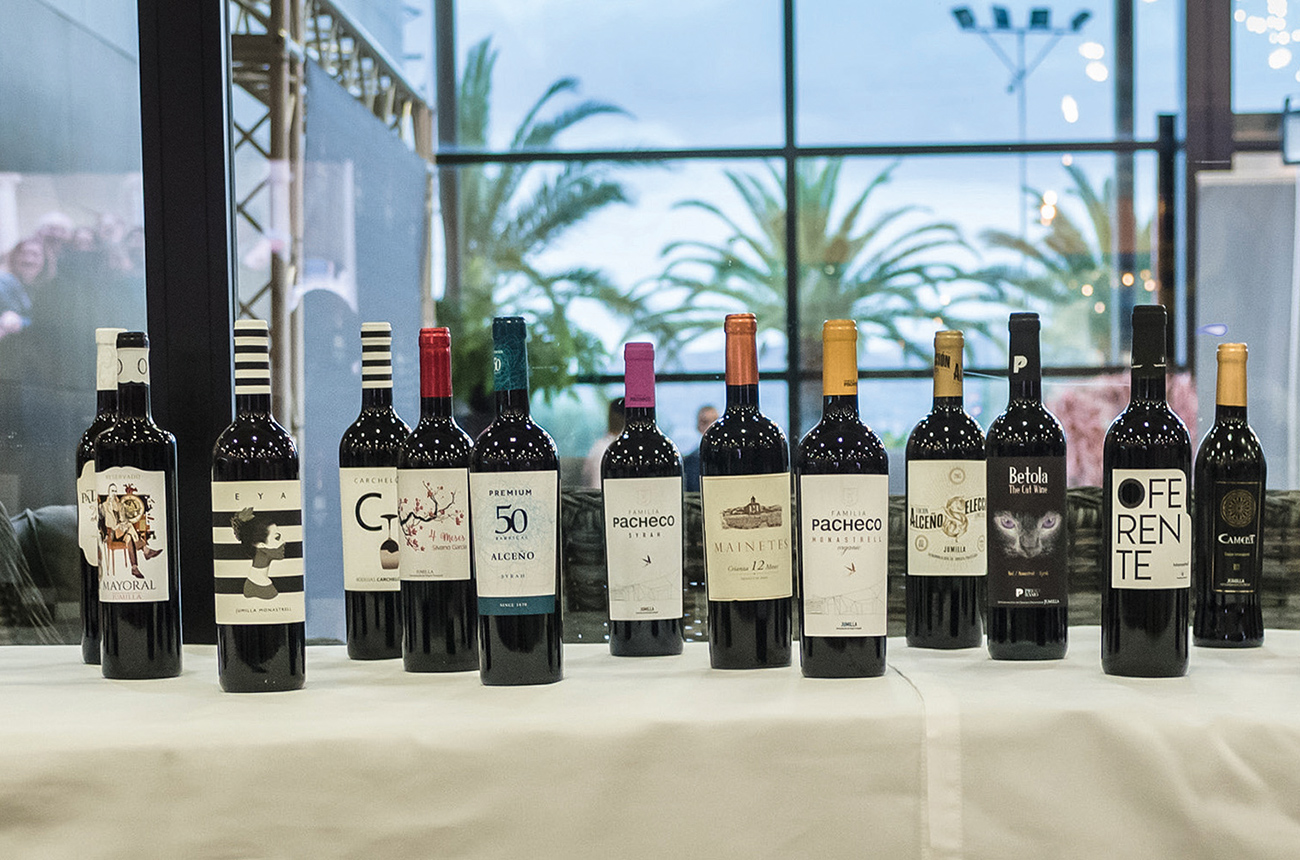 Isn't it true that when there's excellent wine, there's also wonderful food? Jumilla, like many other Spanish areas, has a strong gastronomic culture, and the cuisine is as flavorful as the wine.

The most famous food is gazpacho Jumillano, a strange Jewish concoction cooked with game that is nothing like the southern Spanish soup.

Rice with rabbit and snails, a popular combination, as well as'relleno' or 'pelotas' - chicken meatballs, and pan-fried baby goat, are all meals to watch out for.

Also, don't miss the goat cheese cooked in olive oil with tomato, which is manufactured with milk from the Murciano-Granadina goat breed.

Not to mention mortiriguelo, an offal soup, and trigoentero, a vegetable broth for Easter.

Have you got a sweet tooth? Then you'll have a good time in Jumilla. Sequillos, sweet pastries with meringues, are the region's most renowned delicacies.

Then there are aniseed pirusas, almond-and-cinnamon cristobalas, and ring doughnut-shaped rollos de vino (yes, made with wine) - all of which go well with a drink of sweet Monastrell.

It's obvious that wine isn't the only reason to visit Jumilla; there's so much more to see and do.