Plan Your Incredible Vacation With These Durban Beaches 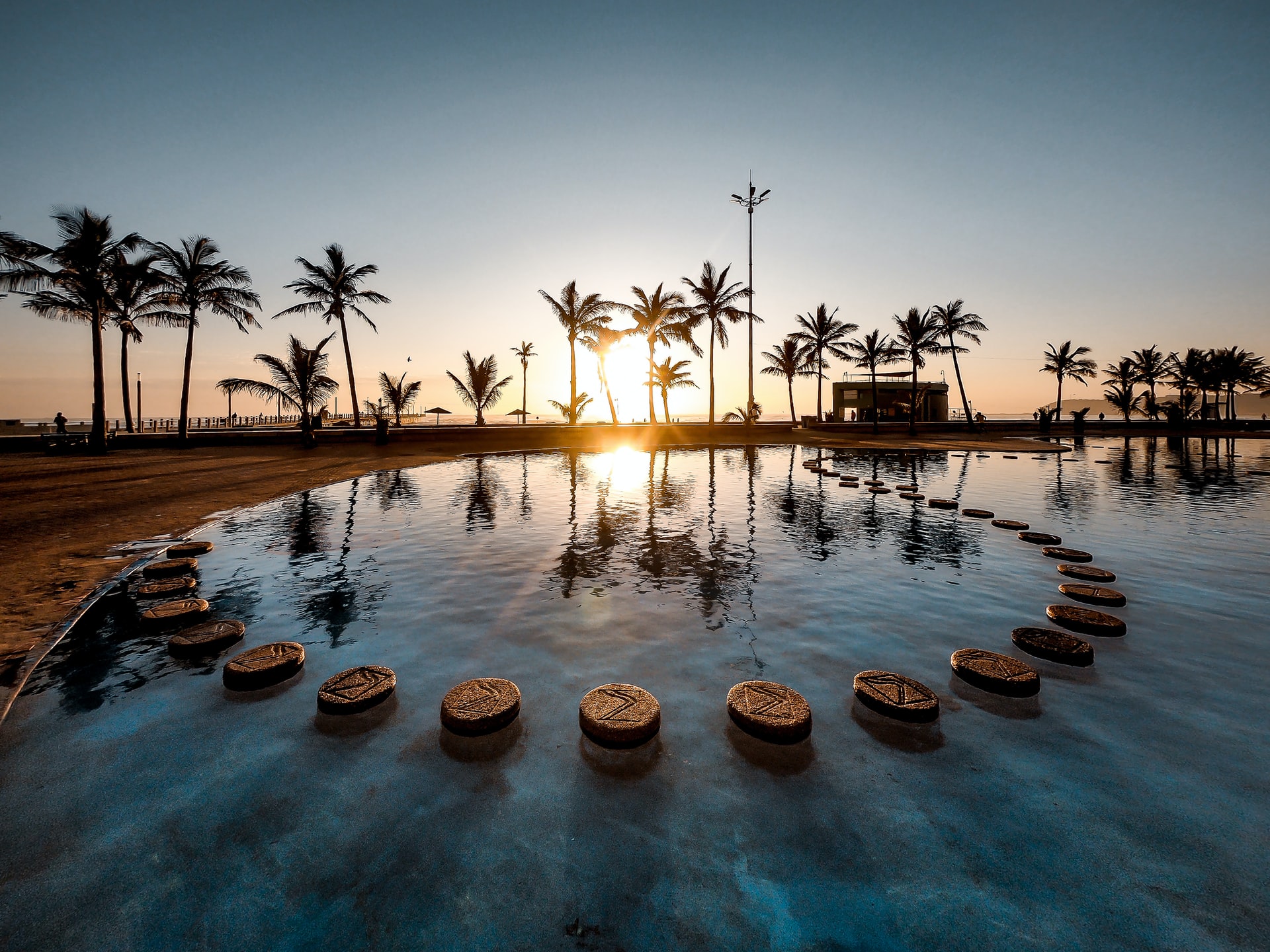 Almost every business and hotel building on the Durban Beaches front side is a sea view, and people flock here to enjoy the warm currents and spectacular waves, especially during the harsher winter months when Gauteng and the Western Cape are both suffering from seasonal ailments.

The Golden Mile in Durban, popularly known as "the mile," stretches the length of the city's shoreline. It includes the promenade and runs from South Beach to uShaka Marine World in the north, and ends at the Suncoast Casino and Entertainment World in the south. Battery Beach, Snake Park, Bay of Plenty, North Beach, Dairy, Wedge, South, and Addington are all included, as are shark nets and lifeguard patrols for extra protection.

Thousands of visitors visit each year because of the promise of beautiful lengths of golden sand split by manmade piers, sub-tropical weather, and the warm seas of the Indian Ocean, as well as its reputation as a surfer's paradise. When you consider the diversity and blend of international-class, ultra-modern, and colonial-style accommodations that line Durban's beachfront, it's easy to see why.

Other attractions such as uShaka Marine World—which has the world's fifth-biggest aquarium, a water slide amusement park, and a re-creation of a cargo shipwreck—the Snake Park, and Mini Town combine to make a visit a flurry of activity and pleasure.

Durban, on South Africa's east coast, is known for its golden beaches and mild seas. Whether you want to relax and watch the sunset or hit the waves for some surfing fun, these are some of the best places to visit while you're there. 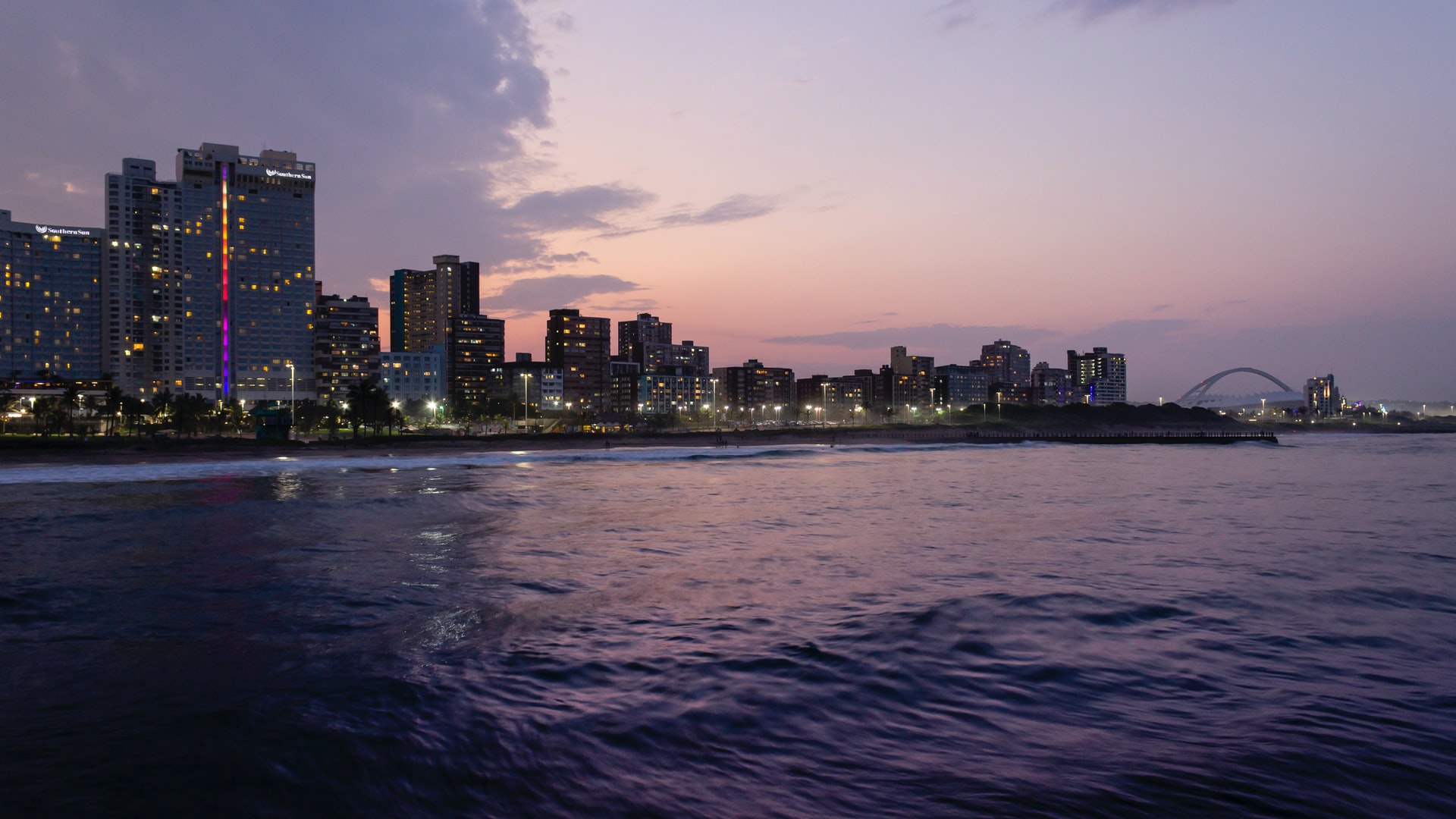 North Beach is famous for a reason. It is part of the Golden Mile, a stretch of some of Durban's greatest beaches. North Beach is usually buzzing, surrounded by long piers for leisurely afternoon strolls, and sprinkled with a variety of food establishments, public pools, and a merry-go-round. The comparatively calm seas make it a popular swimming and surfing site, and the concrete promenade is bustling with runners, skaters, and even dog walkers. You'll always find company on the beach if you arrive early in the morning to watch the sunrise over the Indian Ocean.

Umhlanga Rocks are located north of Durban. It has somewhat rougher seas, but it's also calmer and more trendy, with a whalebone pier that CNN named one of the world's most "beautiful piers." The beach features golden beaches and a jogging trail that runs all the way from the beach's distinctive red-and-white lighthouse to the beautiful iSimangaliso Wetland Park, a UNESCO World Heritage Site. The beach is flanked by upscale restaurants and is within a short distance of Gateway, Africa's largest shopping mall.

Umdloti Beach, located north of Durban and a bit farther out, is a favorite hangout for residents who want to avoid the busy beaches. It's a cozy, enclosed lagoon-style bathing area with plenty of rock pools and a surfing-friendly open part to the right. It's also known for early morning dolphin sightings and whale viewing from July to November.

Ansteys Beach dubbed a "hidden treasure," is a small beach in Bluff, a coastal community south of Durban that is only 10–15 kilometers from the city center. The ocean is great for snorkeling, scuba diving, and surfing, and there are some shallow locations for swimmers with lifeguards and shark nets in place. You may also explore the exposed rock pools if you walk along this laid-back beach during low tide.

How Many Beaches In Durban

Sodwana also has the distinction of being South Africa's premier diving destination, dubbed "South Africa's Barrier Reef" by some. Durban's coastline features 600 kilometers of subtropical beaches, and the region enjoys excellent weather all year long—even in the winter.

Maison H Guest House is located in Durban, 150 meters from Umhlanga Rocks Beach. It has a communal lounge, free private parking, a garden, and grilling amenities. This facility offers visitors a sun patio as well as a concierge service. All rooms include a terrace with views of the garden and complimentary WiFi.

Umhlanga is a town in South Africa's Umhlanga district. The villa offers exquisite accommodations as well as free WiFi and private parking. The on-site bar is available to guests. The beach and restaurants are a 10-minute walk away, while the King Shaka International Airport is 17 kilometers away.

Sandals Guest House is located in Durban, KwaZulu-Natal, and has an outdoor pool that is open all year. Free WiFi is accessible throughout the hotel, as well as free private parking.

This guest home has air conditioning and flat-screen televisions in every room. For your convenience, some apartments have a sitting area. Some rooms have views of the pool or the sea. There is a private bathroom in each room. Bathrobes, complimentary amenities, and a hairdryer are provided for your convenience.

On March 19, 2007, colossal waves of more than eight meters slammed against the shore. The walls of water that slammed the KwaZulu-Natal coastline were so strong that many people, especially those who saw the damage, now refer to the incident as "as close to a tsunami as we have ever been."

Despite the fact that Durban is a hazardous city, the regions along the shore are safe. Apart from being brilliantly illuminated, the beach strip is routinely visited by police officers and has CCTV cameras. There are a lot of muggings and armed robberies in this city because there are so many poor neighborhoods.

What Is Durban Beach Called?

The Golden Mile (or "The Mile") is a popular section of beachfront in Durban, KwaZulu-Natal, South Africa, which includes the promenade that runs beside it.

Can You Swim In Durban Beaches?

The North Beaches of Durban are now accessible and safe for swimming and other sports activities. On Wednesday, the beaches were closed with immediate effect when the Umngeni river poured unusually murky water onto the beach.

The following is a summary of the cost of living in Durban, South Africa: Without rent, a family of four would spend $2,088 ($30,456R) each month. Without rent, a single person's projected monthly expenditures are 601 dollars (8,775 yen). Durban is 56.76 percent less expensive than New York (without rent).

Durban is recognized for its picturesque beaches along the Golden Mile, world-class surf areas, and a vibrant Indian culture, giving it an alluring holiday vibe. The latter is responsible for the city's status as South Africa's curry capital, making it a great gourmet trip.