Dominican Republic Things To Do - Explore More Of This Amazing Destination 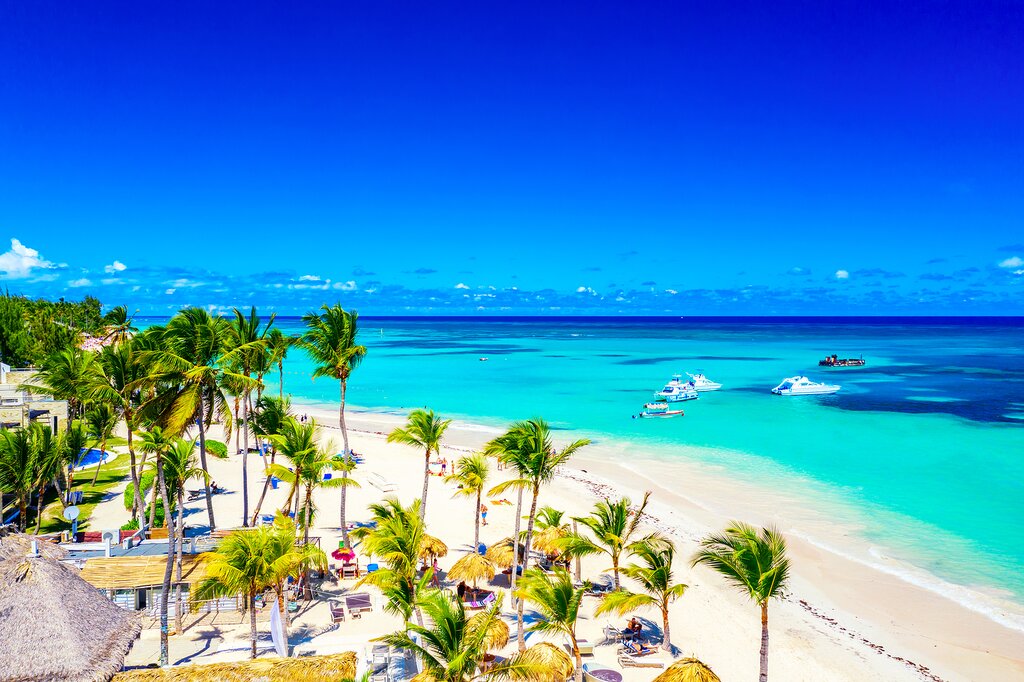 Have you ever thought about Dominican Republic things to do? The answers are many and you may find yourself overwhelmed.

During his first journey across the Atlantic in 1492, Christopher Columbus arrived on the island in pursuit of a new route to India for the sale of spices. 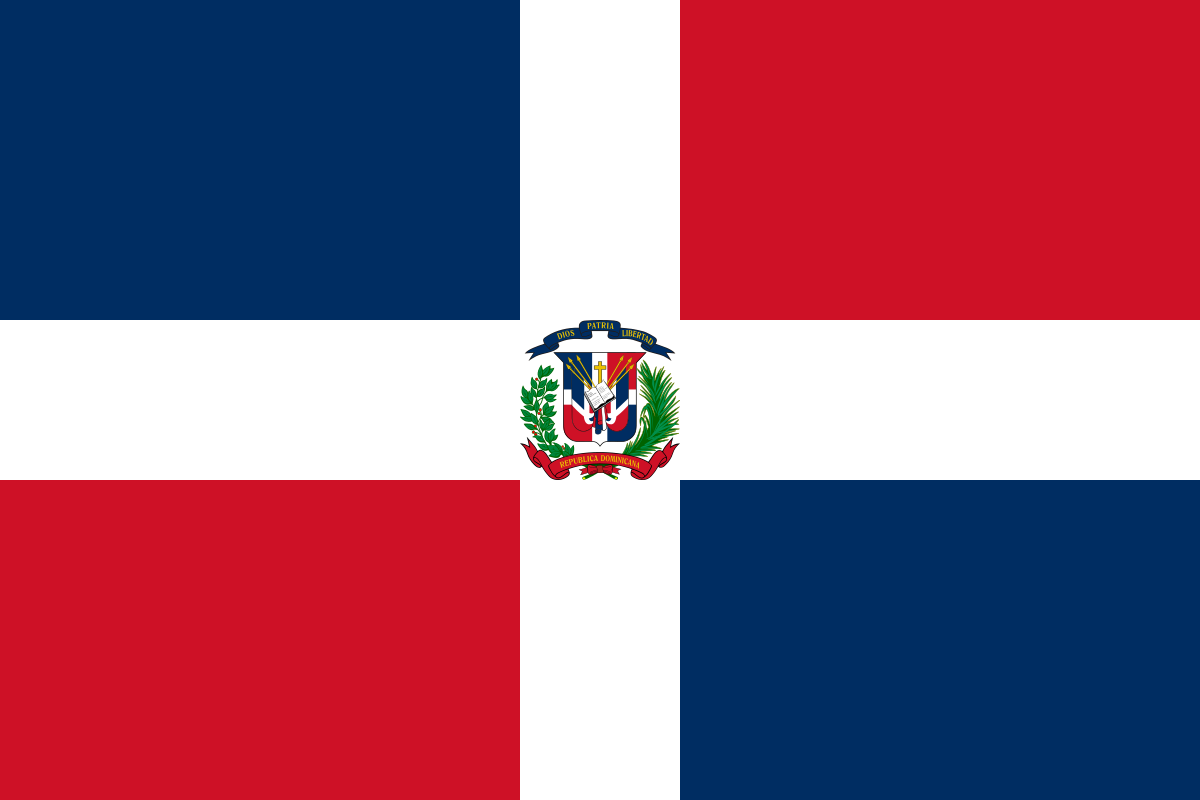 Columbus arrived on the island's north coast aboard his flagship, the Santa Maria.

The Dominican Republic's capital city is the oldest European settlement in the Americas. Santo Domingo, founded by Bartholomew Columbus in 1496, held the Spanish Crown's first colonial administration in the New World.

It is a city of firsts, including the first cathedral, municipal structure, and university in the New World.

The flag, along with the national anthem and coat of arms, is one of the Dominican Republic's national symbols. Each of the flag's colors represents something.

The white cross in the middle signifies redemption, the crimson rectangles the blood of the heroes who battled for independence, and the blue rectangles liberty.

Pico Duarte, at 3,087 meters, welcomes nearly 3,000 climbers who undertake the ascent to see its great splendor.

Palmchat, the country's official bird, is completely unique! It gets its name from the palm trees and is known in Spanish as "cigua palmera."

This is where she builds her nests to live in and harvests its fruit to eat. Palmchat is an island-specific species found only on Hispaniola. It is the only member of the family Dulidae, making it unique.

Things To Do In Dominican Republic 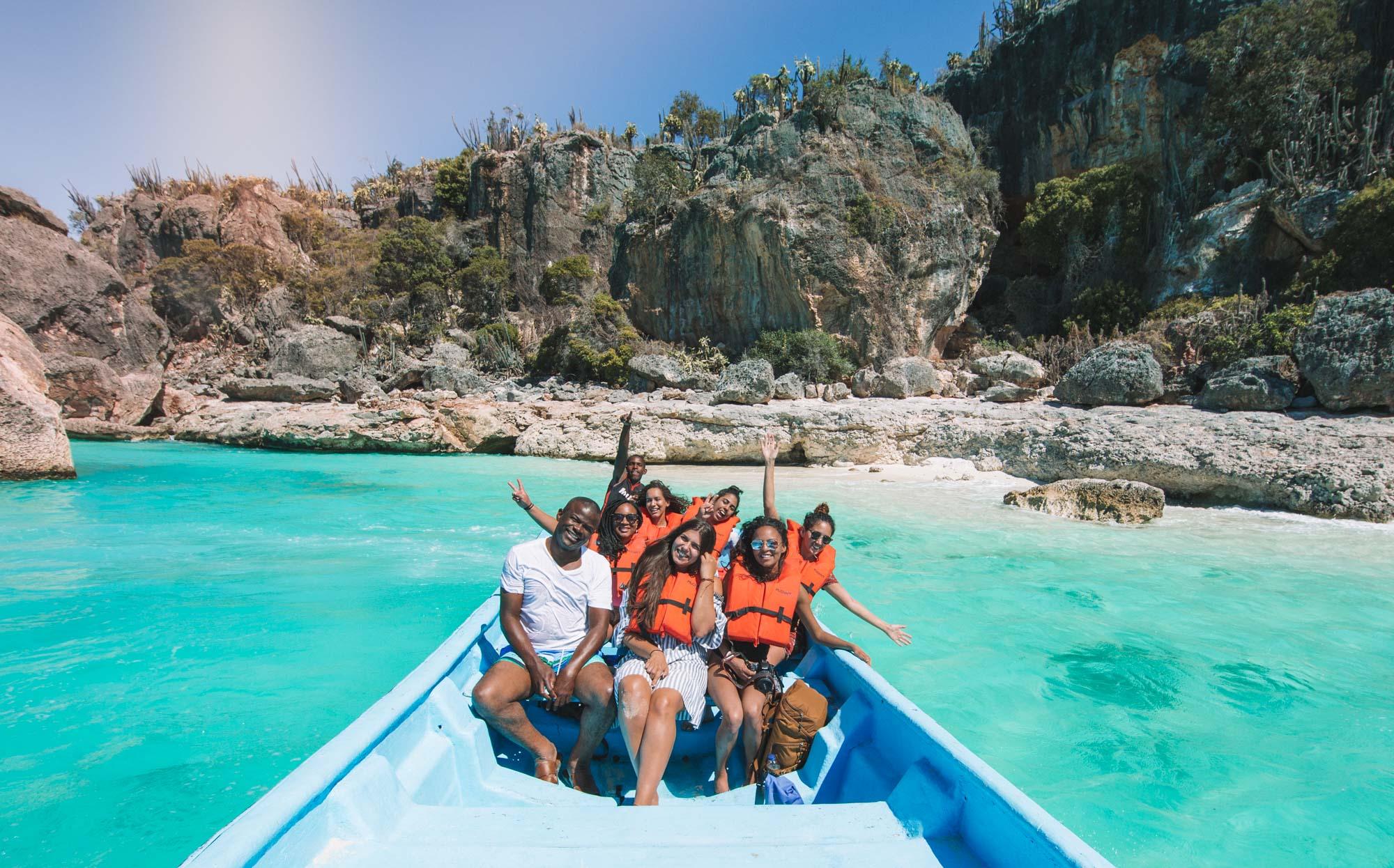 A group of tourists on a boat

• Canyoning at Puerto Plata's Damajagua Cascades. Climbing, jumping, sliding, splashing, and swimming from and through up to 27 waterfalls while wearing life jackets and helmets and if desired, being supervised.

You can do this on your own and save a lot of money. The admission fee is $15 USD. Iguana Mama, an adventure-sports specialist, can also take you there.

• Golf. Punta Espada Golf Course, named by Golf Week as the best in the Caribbean, is difficult and pricey, but it is kept in excellent condition and offers breathtaking views. It's on the east shore of Cap Cana. Alternatives include the Iberostate Bavaro Golf Club, Roco Ki, and La Cana in Punta Cana.

Casa de Campo at La Romana is fantastic, and the island has several additional excellent courses, both existing and under construction.

Snorkelers have several excellent options beneath the surface, none more so than the national park near Isla Saona (southeast coast), where the blue waters are crystalline and marine life abounds. Saona is easily accessible from La Romana and Bayahibe, but some people drive from much further away.

• Circus School Kaiceitos Yes, get the kids back to school as soon as possible in Cabarete!

• Recreational fishing. If you like to catch (and potentially eat) your marine critters, the Dominican Republic's north coast Atlantic Ocean offers some of the greatest, pristine deep sea fishing in the region.

• ATV riding. Indrinatours Quad in Las Terrenas, near Punta Cana, is recommended. Mountain and beach rides with swimming included. There are also dune buggies if you wish to make more noise.

What Is Dominican Republic Best Known For?

What Is There To Do In Dominican?

Is Dominican Republic Cheap For Tourists?

It is still inexpensive in comparison to other Caribbean destinations, with acceptable costs on the ground for independent travelers and budget package options from the UK, Ireland, and the US that include hotel, food, and airfare for those looking for a beach vacation on a budget.

Many tourists visit the Dominican Republic because of its postcard-perfect beaches, luxury resorts, and well-developed tourism infrastructure. The varied geography, which varies from lush forests and mountains to semi-desert places, also provides unique chances for those looking for more than just a beach vacation.