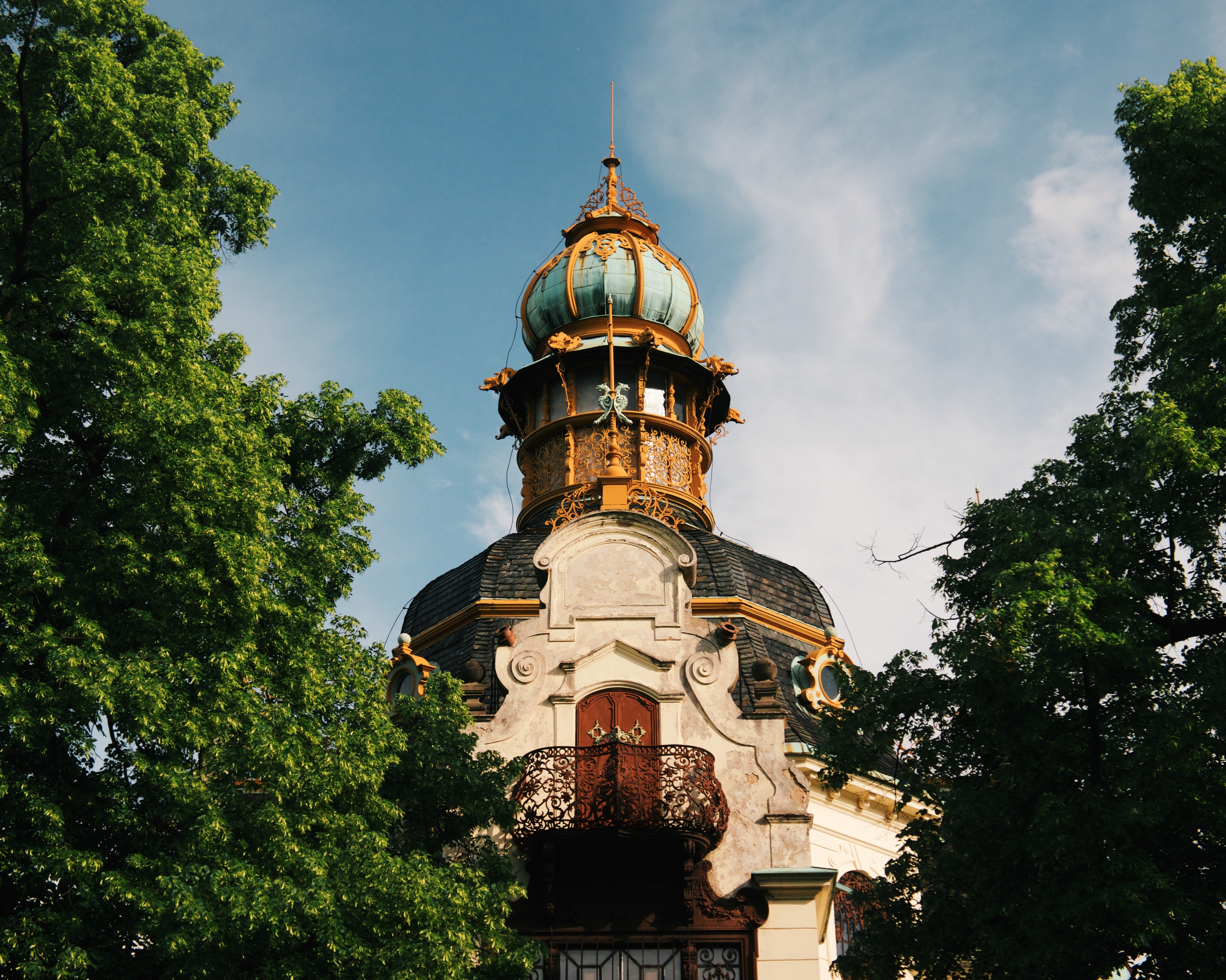 Non-citizen and non-immigrant tourists must be fully vaccinated and have a COVID-19 test that is negative within one day of their journey.

Due to COVID-19, the CDC issued a Level 4 Travel Health Notice for the Czech Republic, indicating that the nation has a very high level of COVID-19. We advise against visiting the Czech Republic at this time. If you are completely immunized with an FDA-approved vaccine, your chances of catching COVID-19 and having severe symptoms may be reduced. Please check the CDC's particular advice for fully vaccinated and unvaccinated travelers before planning any foreign travel.

Late spring (May) and early autumn are the best periods to visit the Czech Republic (September and October). These months provide not just the finest weather, but also fewer tourists and lower hotel charges.

There are lots of fun things to do in the Czech Republic at any time of year, but this guide might help you decide when is the ideal time to visit.

The summer months, particularly July and August, are the busiest for tourists. Prices will be higher at certain times, and major sights such as Prague Castle and Charles Bridge will likely have long queues and large crowds.

The weather can also be quite hot at this time of year, with temperatures reaching as high as 100 degrees F (37 degrees C) on rare occasions, and air conditioning is scarce. If you want to come around this time, make sure your lodging has air conditioning or fans, and get up and depart early to avoid the heat and congestion.

Spring or fall are the best times to come if you plan on hiking through any of the country's national parks, such as Bohemian Paradise or Bohemian Switzerland. At this time of year, the pleasant temperatures and quiet weather provide a great setting for outdoor activities.

If you want to go skiing, come later in the winter to ensure that there is enough snow on the slopes. Summer, on the other hand, may be the best season to come if you like to spend your time sunbathing near the Brno or Liberec reservoirs.

The Czech Republic has a four-season climate and a temperate climate. In the winter, average daily temperatures drop to 36 degrees F (2 degrees C), while in the summer, they hover around 73 degrees F (23 degrees C). Despite the fact that the country does not experience much harsh weather, the climate varies due to variances in height. 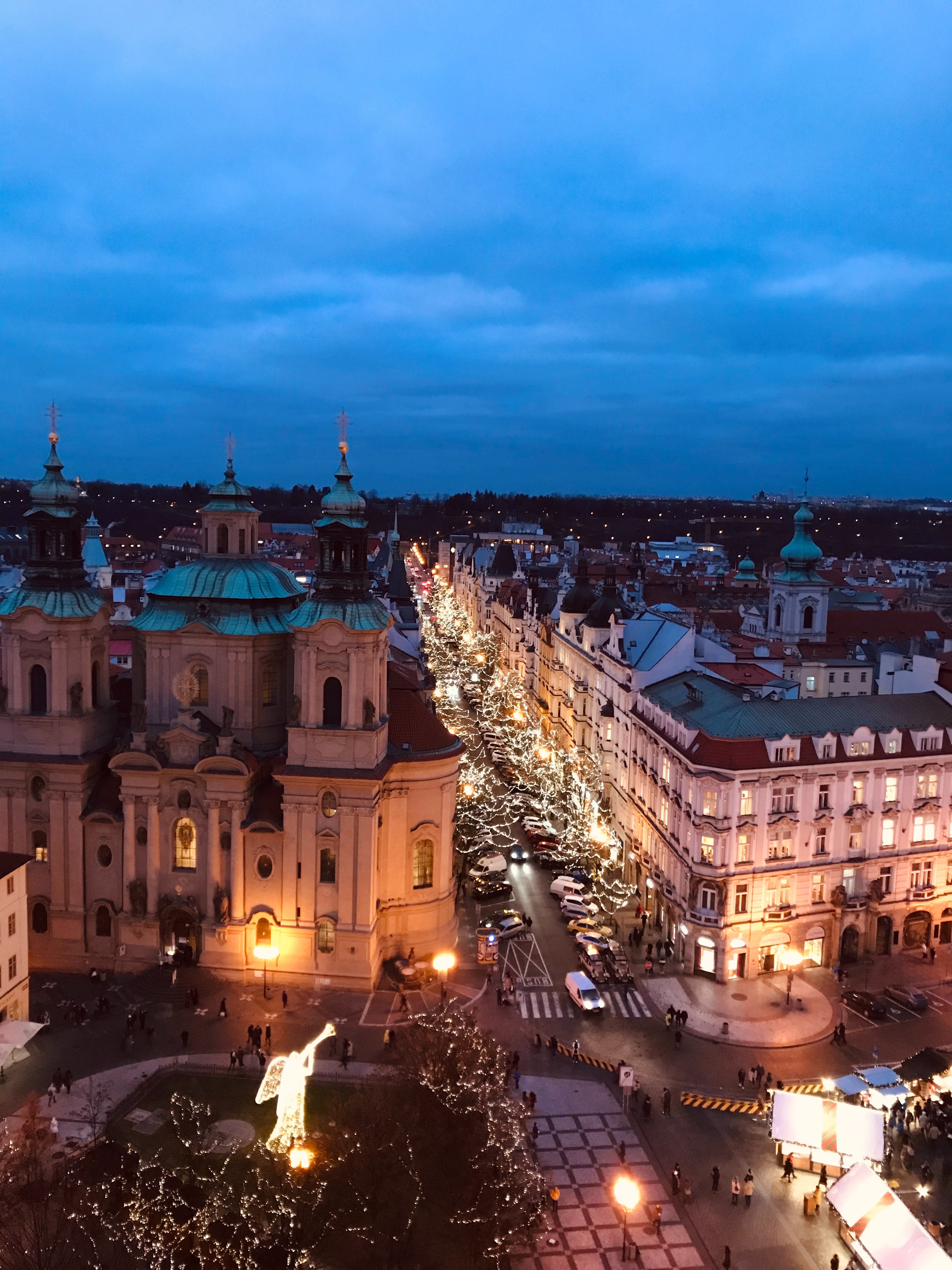 Travel In The Czech Republic

The perfect Czech Republic trip starts in Prague and lasts 8 days. If you plan to spend time in Prague, you may wish to add an extra day or two to your itinerary. If you decide to visit Prague, there are lots of suggestions for what to see and do, as well as where to stay.

Many travel agents provide a 1-3 day route through Central and Southern Bohemia, a 3-5 day itinerary via East Bohemia and South Moravia, and a 5-8 day itinerary through Brno and Central Moravia, all departing from Prague.

Your holiday in the Czech Republic should cost roughly K2,050 ($91) per day, which is the average daily price based on the spending of previous guests. In the past, passengers have spent an average of K490 ($22) on meals and K178 ($7.91) on local transportation for one day.

In addition, the average hotel fee for a couple in the Czech Republic is K2,227 ($99). As a result, a one-week trip to the Czech Republic for two people costs an average of K28,704 ($1,276). These typical travel costs were gathered from previous travelers to help you figure out how much money you'll need for your own trip.

Your daily budget will decrease if you travel slower over a longer period of time. In the Czech Republic, two people traveling together for a month might frequently have a lower daily budget per person than one person traveling alone for a week.

The Czech Republic has become a popular tourist destination for those seeking an alternative to the usual European tour routes. It is a popular tourist destination for individuals who enjoy older architecture, partly because this small landlocked country was mostly unaffected by the world wars and partly because the area has been held by a variety of governments over the millennia, each with its own architectural influences.

Here are a few of the top sites in the Czech Republic to visit:

This western Bohemian city is the Czech Republic's fourth biggest and is best known as the birthplace and name of Pilsner beer. St. Bartholemew's Cathedral, the Great Synagogue, and the Renaissance-style Town Hall are must-sees for anybody interested in architecture.

Pilsner Urquell and the University of West Bohemia, the best law school in the country, are both in the town. It's a great place to live and work.

This geologic feature may be found just north of Brno, in a naturally sheltered area of the Czech Republic. This is a massive network of limestone caves and gorges that stretches for hundreds of square kilometers underground.

The Macocha Abyss, a chasm 138 meters (453 feet) deep that was created when one of the underground cavern ceilings collapsed, is one of the region's attractions. In addition to caves, the Moravian Karst also has well-marked cycling lanes and trekking pathways to explore.

The Holy Roman Emperor Charles IV lived in this Gothic castle built in the 14th century. It's roughly 30 kilometers (18 miles) from Prague and provides a good day excursion for city visitors.

At various times, the castle has functioned as a battle fortification, a treasure depository, and a royal residence. The structure is divided into three tiers, each representing a distinct level of importance.

Prague is rich with architectural wonders, with Baroque palaces and Gothic cathedrals coexisting alongside Cubist and Art Nouveau structures. The Dancing House in Prague is a tribute to modern steel and glass design, and its 600-year-old astronomical clock is one of Old Town's most beautiful landmarks.

The ancient Charles Bridge Tower and the Old Town Hall Tower, which tower above the main plaza and give views of red roofs and the main Christmas market in the winter, provide some of the greatest views of Prague. There's also a view from Prague Castle, which was built in the 9th century and is the world's biggest castle complex, according to Guinness World Records.

Prague is a cultural and historical hotspot with over 100 museums, including one dedicated to local author Franz Kafka, the National Museum, which has over 14 million artifacts, and the more peculiar Museum of Communism. You could also visit the Strahov Library, which was built in the 12th century and is regarded as one of the most magnificent libraries in the world.

Krumlov is a smaller, more intimate version of Prague and is a perfect place to start exploring the Czech Republic's south. Walking around the city's Old Town core, with its cobblestone lanes and artisan shops, is a terrific way to see the sights.

The castle in esk Krumlov is a UNESCO World Cultural Heritage Site and one of the town's centerpieces, but it's the castle tower and its amazing views over the town that draw the most people.

The only Baroque theatre in the Czech Republic is located here. It was constructed in 1682 and still has all of its original mechanical stage parts and embellishments. Tickets are hard to come by, as there are only two public performances each year.

In the summer, tourists flock to esk Krumlov for water activities like rafting and tubing down the Vltava River.

The Hluboká nad Vltavou Castle, which is only 30 kilometers from CK, is one of the country's most beautiful castles.

Karlovy Vary has been a spa town since the 19th century, and it is home to a number of hot springs that are said to have healing effects. In this area, there are a lot of health spas and places where you can get all kinds of treatments, from massages to cupping and healing baths.

Karlovy Vary's colorful neo-Baroque and neo-Renaissance structures give the city a distinct architectural style that is unlike anywhere else in the Czech Republic. With its spectacular mill colonnade (which houses five of the city's largest hot springs), Karlovy Vary is a photographer's dream. It's very important to go to the Moser Museum, which is all about Czech glassmaking.

Take the funicular to the summit of Friendship Hill, then climb the Diana Lookout Tower for the greatest views. There are established trails that you may use to return to town and see even more magnificent sites along the way.

Every summer, the Karlovy Vary International Film Festival, which has been held in the Czech Republic since 1946, draws Hollywood stars and over 100,000 moviegoers. Over 200 films from across the world are included in the five-day festival.

The 12th-century Loket nad Ohri castle, just 13 kilometers from Karlovy Vary, is worth a visit for its dramatic past, which includes a two-century term as a jail. Original homes, a vast collection of ceramics and guns, and an iron meteorite that fell on the hamlet in the 1400s may all be seen during a tour of the castle.

The Czech Republic's second-largest city receives little attention, but if you know where to search, you'll find plenty of intriguing things to do.

The towering Cathedral of St. Peter and Paul dominates Brno's city center, providing an excellent starting point for exploring the Old Town and its spectacular Gothic and early Baroque buildings.

While Brno cannot match Prague in terms of museum density, the city does have some distinct attractions. Visit the Romani Culture Museum, take a tour of the 10-Z nuclear bunker below, or visit the Brno City Museum within Pilberk Castle.

Brno is also home to Europe's second-largest ossuary, which is located beneath the Church of St. James, as well as the "Labyrinth under the Vegetable Market," a famous labyrinth of subterranean tunnels and cellars.

Brno is a terrific location to explore on foot, with a vibrant café culture and a plethora of outdoor markets to uncover. A day excursion to Moravian Karst, a spectacular karst environment with over 1,000 caverns and gorges, is available for those seeking additional adventure.

Is The Czech Republic Safe To Visit?

Traveling in the Czech Republic is quite secure; crime rates are extremely low, and pickpocketing is uncommon. It is recommended, however, that you stay attentive at all times, particularly on the streets.

Is Czech Republic Cheap For Tourists?

The Czech Republic's prices have climbed in recent years, but it remains an affordable tourist destination, particularly outside of Prague, which is the most costly portion of the country.

This Czech Republic travel guide would be incomplete without a discussion of the local currency and the most important money recommendations to know before traveling there.

The Czech koruna is the official currency of the Czech Republic (czk is the international abbreviation). You should check currency rates during your stay, but the Czech koruna often trades for roughly $5.4 euros for 100 CZK. During your journey, you should double-check daily exchange rates for accuracy.

We strongly advise you to collect your cash from a nearby ATM. We discovered that using an official bank ATM had lower costs than using a money changer. There are also several money changers in Prague who offer poor exchange rates, causing you to lose a significant amount of money. The Honest Guide provides some excellent information about money-changing fraud in Prague.

Never exchange money with a stranger on the street. This is a popular scam in which they either swap counterfeit notes or offer you rubles, a form of currency that isn't widely used in Russia, to nave travelers.