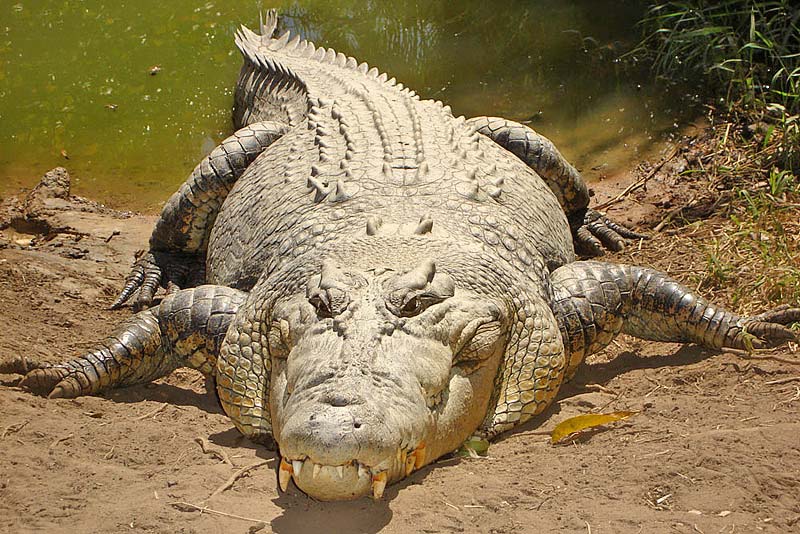 According to a study, a person's odds of surviving crocodile attacks are dependent on his or her size, weight, and position in the water. Although crocodile assaults are extremely rare, they are on the minds of the general people due to the widespread reporting of attacks by "salties." Cindy Waldron, a Kiwi expat who lives in Australia, has gone missing after being snatched by a crocodile while swimming with a companion at a national park in far north Queensland's Thornton Beach.

Crocodile assaults on people are widespread in areas where large populations of crocodilians are native and where human populations are concentrated. Crocodilians are believed to be responsible for the deaths of around 1,000 humans each year.

Which Country Has The Most Crocodile Attacks?

In most years, the Nile crocodile, Crocodylus niloticus, is the crocodile that has been linked in the most assaults. In Africa, it is frequently said that it kills more people than any other animal, a claim that appears to be correct (Lamarque et al. 2009). Despite this, according to the CrocBITE database, they are in second place after the saltwater / estuarine crocodile, Crocodylus porosus, in terms of the number of assaults.

In this case, there are two key aspects to consider. The first is that there are far more saltwater crocodile attacks each year than was previously believed to occur over their entire range. Many assault reports are released in unknown locations, generally in a number of languages, and these reports are frequently removed from the public domain very shortly after they are published. CrocBITE contributors are able to archive the vast majority of these reports before they are lost forever, while historical records are another issue entirely.

The second issue to mention is that Nile crocodile assaults are unquestionably underrepresented in the database; data is difficult to get by in many places, and many attacks go unreported. In certain places, the number of assaults per year appears to be excessive; for example, in Mozambique, it has been estimated that over 300 attacks occur yearly (Anderson and Pariela 2005), with maybe 150 attacks happening in Namibia on a mixture of people and cattle (Anderson and Pariela 2005). (Murphy 2007 cit. Lamarque et al. 2009).

With reporting in such poor condition, it is difficult to know how accurate these figures truly are. However, given the potential danger posed by Nile crocodiles and the widespread use of water by local people in areas where crocodile populations exist, it appears very likely that Nile crocodiles will continue to be the species responsible for the greatest number of attacks worldwide.

The crocodile family consists of twelve species, the most deadly of which are the estuarine/saltwater, Nile, and North American crocodiles due to their massive size and brazen attitude to seizing a large meal on land or in water, whether it be a wildebeest, lion, shark, or person.

Because of the popularity of tourism and recreation in the northern parts of Western Australia, the Northern Territory, and Queensland, as well as the presence of big Estuarine crocodiles (called saltwater or salties) - in both fresh and saltwater – some crocodile attacks are unavoidable. Since 1982, eleven individuals have been murdered by salties in northern Australia. Freshwater crocs are less aggressive, yet they are difficult to notice and may attack if surprised or threatened. 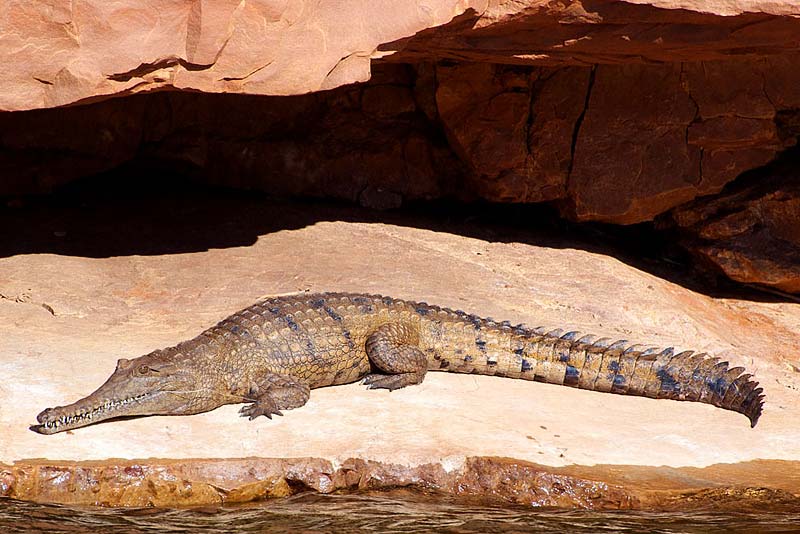 Salties are larger in size, have rounded snouts, and are exceedingly harmful to one's health. Compared to salties, freshies are smaller, have narrower snouts, are less interested in people, and are themselves preyed upon by salties. Even some bolder spirits believe that if freshies are there, salties will not be. Are you feeling lucky today? 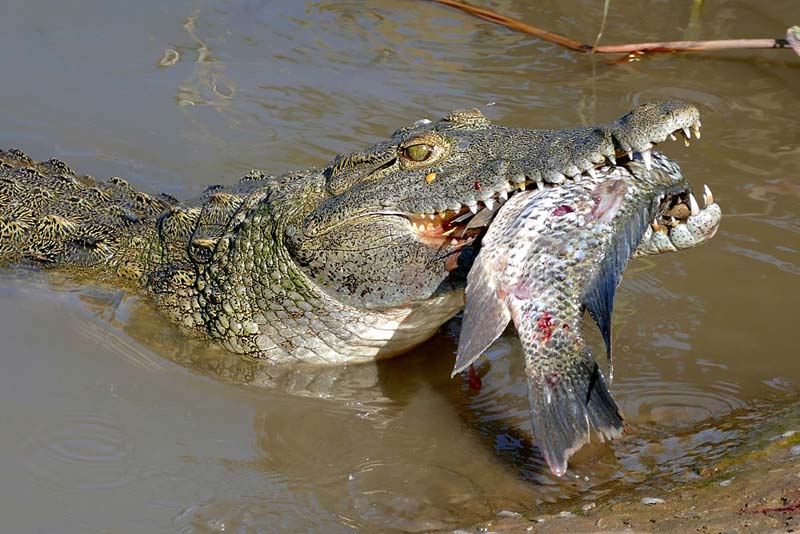 The Nile crocodile is an aggressive animal that murders or maims a large number of humans in Africa, although data on crocodile attacks are difficult to come by. Hundreds of them are expected, however the hippopotamus – which is also a water monster, of course – is considered to be the more hazardous of the two. Hippos, on the other hand, are simple to spot and do not engage in ambush assaults on a regular basis. 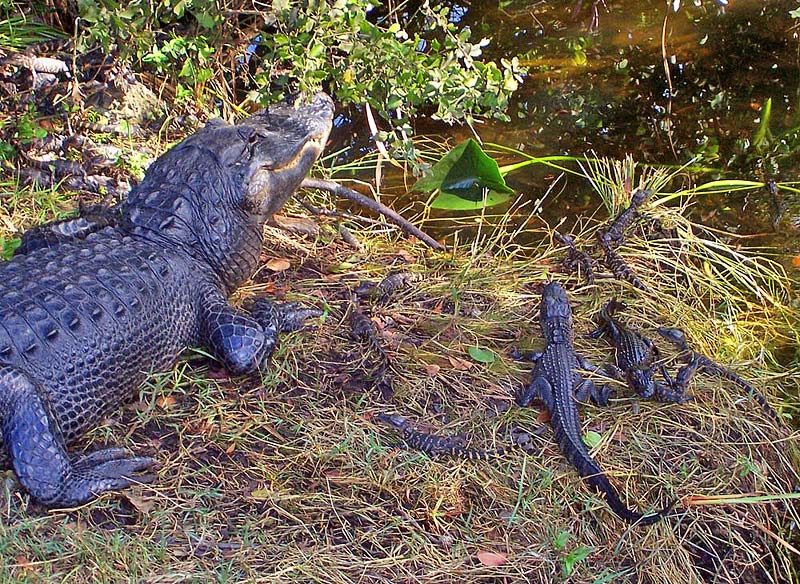 All documented alligator assaults on people have been perpetrated by the American alligator, alligator mississippiensis, which is native to the United States. Alligator assaults, on the other hand, are exceedingly unusual — on average, only four individuals are attacked by alligators per year, despite the fact that residents of Florida alone have reported over 12, 000 gator sightings. (This is what happens when you construct human houses and storm drainage systems in gator territory.)

Alligators are protected under American law, and feeding wild gators is punishable by a fine of up to five hundred dollars if it is done intentionally. Because there is a patrol service that deals with problem animals, you should inform the locals as soon as you notice one that is behaving badly and hogging the towel space at the poolside.

Otherwise, crocodiles and alligators are nearly equivalent when it comes to people, so we'll refer to them all as crocs from now on.

Because all creatures require water, crocodiles tend to congregate in pools, lakes, and rivers, where they may be safe. The fact that a single meal may sustain these prehistoric monsters for an extended period of time means that they aren't concerned about waiting for the perfect moment.

A swimmer will be targeted by a predator who will wait for the victim to pass overhead before attacking from below. Swimming opponents can also be misidentified as competitors. Once the victim has been bitten and securely grasped, the crocodile rotates its body over and over again - this is known as the Death Spin/Roll. It moves at about the pace of a tumble dryer on land, while in water it moves at about the speed of a refrigerator.

As a result, the prey is rendered completely unable to function properly. An increased risk of dislocation or total severance exists when the reptile is holding an organ or limb in its mouth. The rolling continues until the prey dies as a result of drowning or bleeding to death. The death roll is effective and may be used on animals that are fairly huge.

If A Crocodile Attacks You On Land:

Run away from the situation on a straight path. Crocs and alligators will outpace you for around thirty feet (10 meters) or so (at speeds of up to 20 miles per hour), after which they will need to take a nap. They will outswim you for the entire day.

If A Crocodile Attacks You In Water:

According to some theories, the reasons for attacking humans include simple hunting instincts and the habit of consuming a broad variety of food, defending their young, and mistaking humans for other huge creatures. Attack data were not collected in Australia until after 1971, when crocodiles were recognized as a protected species under the Australian Wildlife Conservation Act.