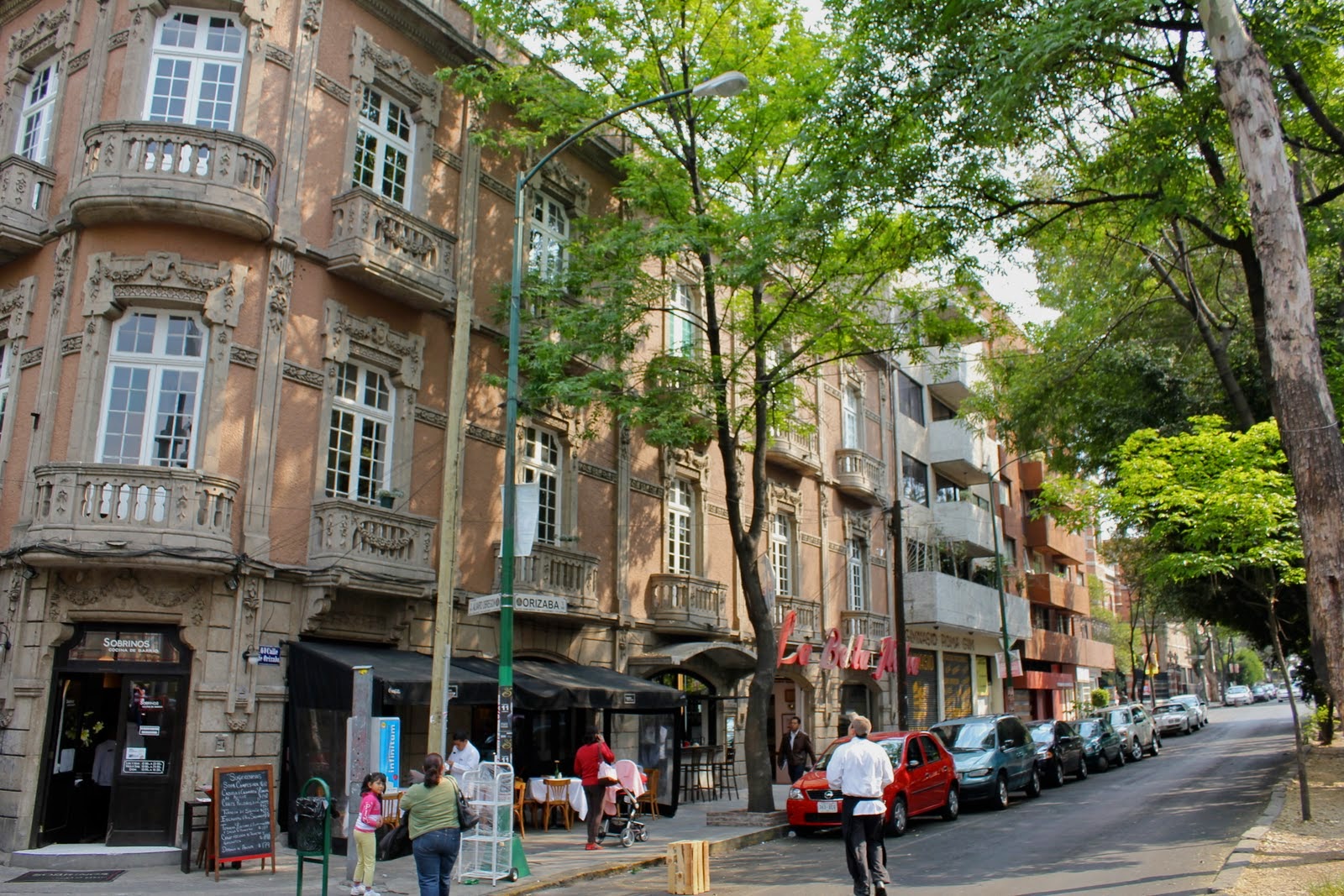 Colonia Roma is one of Mexico City's most well-known and popular neighborhoods, not least for its hipster vibe.

There are a plethora of things to see and do in this Cuauhtémoc borough area, which is the core of the city's unique subculture, with restaurants, clubs, and museums to match.

It is no longer a single colonia (neighborhood), but rather two officially recognized ones, Roma Norte and Roma Sur, separated by Coahuila street.

In the early twentieth century, the colonia was envisioned as an upper-class Porfirian enclave.

By the 1940s, it had devolved into a middle-class neighborhood in steady decline, which was exacerbated by the 1985 Mexico City earthquake. Gentrification has been increasing in the area since the 2000s.

Currently, Roma and neighboring Condesa are renowned as the epicenters of the city's hipster subculture, rivaling Polanco as the core of the city's gastronomic scene.

Apart from residential buildings, the streets of the neighborhood are lined with restaurants, bars, clubs, stores, cultural centers, churches, and galleries.

Many are housed in former Art Nouveau and Neo-Classical structures from the Porfiriato period at the turn of the twentieth century. In 2011, the city of Roma classified Roma as a "Barrio Mágico" ("magical district").

Roma is bounded to the north by Avenida Chapultepec, which cuts through the Zona Rosa and Colonia Juárez neighborhoods.

Colonia Roma is located in Mexico City's Cuauhtémoc borough, southwest of the city's historic center. The three neighborhoods are located east of the entrance to Chapultepec Park, the city's largest park.

The Roma district is located south of Avenida Chapultepec and north of the Viaducto Miguel Alemán highway.

Colonia Roma refers to the entire district and was originally a separate neighborhood. When it became too huge, both geographically and in terms of population, it was divided into Roma Norte and Roma Sur.

Coahuila Street separates the two distinct neighborhoods. Furthermore, La Romita is a small, upscale area just north of Roma Norte. Roma Norte is the largest and busiest of the three neighborhoods, however each has its own distinct flavor.

Top 5 Colonia Roma Things To Do

With goodies from all throughout Latin America, you don't even have to stick to the Mexican favorites; instead, try Colombian food and visit Cuban-run ice cream vendors.

Mama Rumba, one of the city's greatest salsa bars, is a popular late-night dance destination in La Roma.

Beginners will be whirled around gracefully (or not) by experienced pros, ensuring a fun evening out. If you want to ease into it, dance sessions are held on Thursday evenings at 9 p.m. The mojitos are amazing and are served by a Cuban native.

The Museo del Objeto del Objeto (Museum of the Purpose of the Object) is located in quirky Roma and is ranked as one of our best Mexico City museums.

Unsurprisingly, the exhibits are as fascinating as the Colonia in which they are housed. The excellently curated permanent and temporary shows are always well worth a visit.

The Casa Universitaria del Libro, a venue dedicated to encouraging cultural transmission through books, is located in one of Colonia Roma's very lovely structures.

It's well worth going down to take a look because it's worked hard to retain the original elements of the building where it may be found. Attend one of the many workshops they provide, or spend an afternoon in the library or bookstore.

Plaza Rio de Janeiro, Colonia Roma's most calm open space and popular plaza, is famous for its reproduction of Michelangelo's David in the middle fountain.

It's surrounded on all sides by examples of the area's stunning architecture and enormous houses, and it's a terrific place to just take up the ambiance and people watch.

Is Colonia Roma The Same As Roma Norte?

The name Colonia Roma refers to the entire district, yet it was formerly a distinct community. Roma got so big that it had to be divided into two regions: Roma Norte and Roma Sur.

A recent revival of interest in the area is due to the neighborhood's art deco homes, brightly colored street art, and hipster culture. Roma, one of Mexico City's safest neighborhoods, is one of the safest in the city.

Is Roma A Good Neighborhood?

The majority of Mexico City is safe, and Roma is regarded as one of the safest areas in the city.

Colonia Roma's charm, brightness, and magic would truly captivate people's hearts. If you go today, you'll see bright murals on buildings, hipsters and young professionals crowding cafés, and the heavenly smell of tacos on every corner.