Blue Grotto Capri Swimming - One Of Italy's Must Dos

If you are planning to do Blue Grotto Capri swimming, then you definitely have to read this short guide before heading to Italy and try it.

Load yourself into a wooden rowboat, sit back, and allow yourself to be carried through a tiny stone portal to another world by your able skipper, who navigates effortlessly under the meter-high cave mouth.

Inside, you will enter a sparkling cavern lit by azure blue light, while the sounds of ancient Neapolitan song echo along the stone walls. You have arrived at the Blue Grotto.

The grotto was used as a marine temple during Tiberius' reign in Roman times, and ancient Roman statues discovered here are now on display at the Casa Rossa in Anacapri. 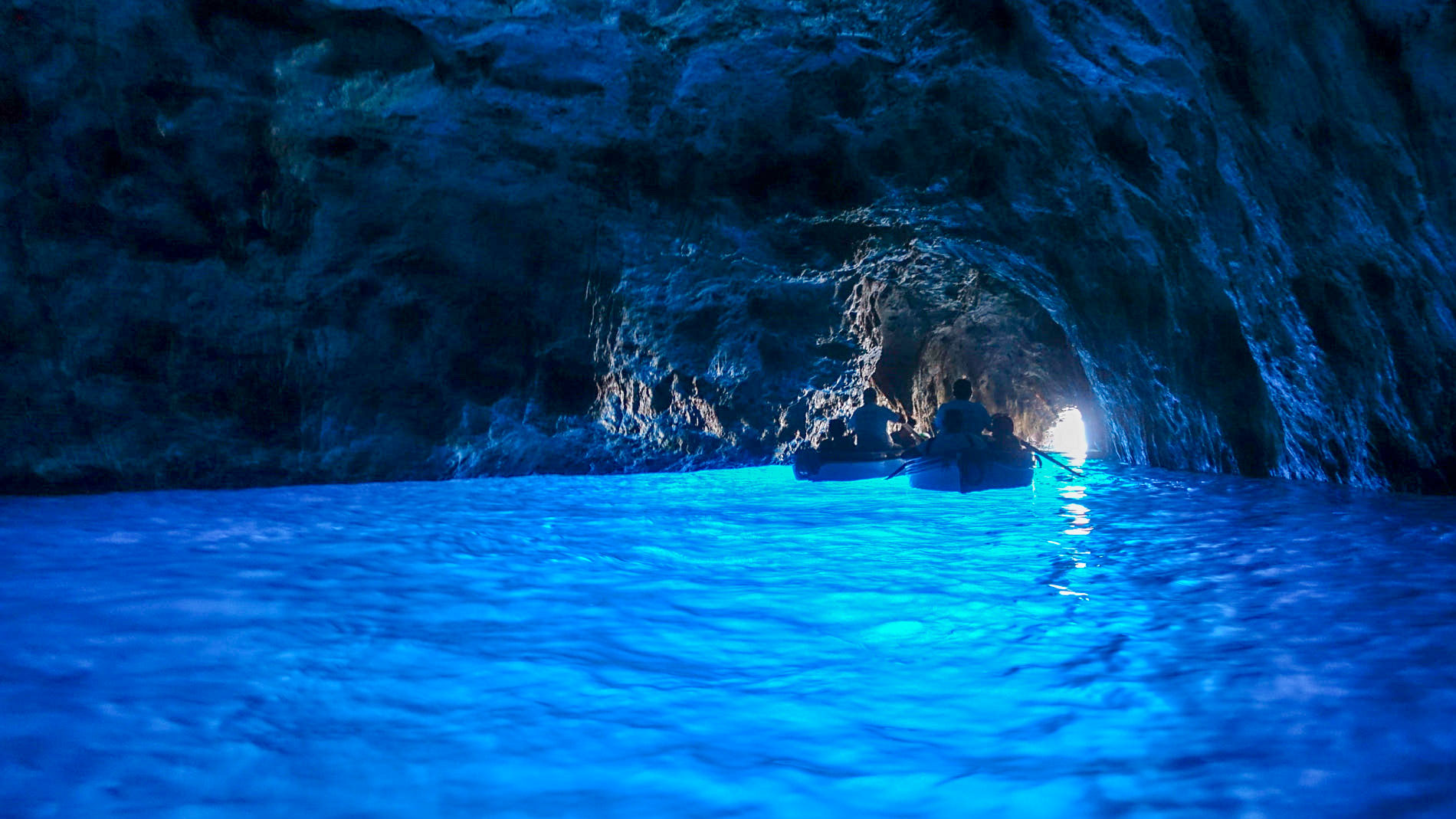 Sailors avoided the Blue Grotto for many years after because local legends told of spirits and demons living there. Local fisherman Angelo Ferraro, however, accompanied German author August Kopisch and painter Ernst Fries to the cave one day in 1826, and their tales of its marvels have led to the grotto becoming one of the must-see sights on any Capri visitor's itinerary.

The bright azure color of the water inside the cave is caused by sunlight entering the cavern through an underwater opening located directly beneath the cave's mouth. The red reflections are filtered out as the light passes through the water, allowing only the blue to enter the cave.

The famous silver reflections of objects in water are caused by tiny bubbles covering the outside of objects underwater, causing light to refract differently than the surrounding water, resulting in the silvery effect.

The natural sea cave known as the Blue Grotto is sixty meters in length and twenty-five meters wide. The cave mouth is two meters wide but only roughly a meter high, so to enter visitors must board small rowboats which transport a maximum of four passengers.

While the skipper leads you through the opening of the cave using a metal chain that is attached to the cave walls, you will be instructed to lay back along the bottom of the boat and relax.

Even though the famous light that illuminates the interior of the cavern is at its brightest between the hours of noon and two in the afternoon, spectacular reflections can be seen throughout the morning hours.

On days with a dense overcast, you should try to avoid visiting the grotto (when the effect of the sunlight inside the cave is much less dramatic). After 3:00 p.m., there is typically less of a wait, but if the seas are too rough, the cave may have to be closed to the public at that time.

Tickets can be purchased from the floating ticket office for a price of 14 EUR each (EUR 10 for the rowboat plus EUR 4 for entry).

Discounts: Free admission is provided to children younger than six years old. Entry is free for people who are younger than 18 and are citizens of the European Union; therefore, the only tickets that need to be purchased are for the rowboats (EUR 10).

There is a discount of 50 percent on the entry ticket for people who are residents of the European Union and are between the ages of 18 and 25, bringing the total price down to 12 euros.

Rowboat captains who take tourists into the grotto will typically request a tip, though passengers are free to decide whether or not to give one. It is prohibited for guests to swim into the grotto or dive into the cavern from rowboats in order to swim inside the grotto.

Is It Worth Going To Blue Grotto Capri?

We went to see the grotto around 11 a.m. and waited in line for at least an hour. Then they cram four people into a small boat (charging each 15 Euros). You wait to enter the actual cave, they sing, and you walk around it for about a minute.

Can You Swim In Blue Grotto Capri?

It is not permitted for visitors to swim into the grotto or dive from rowboats to swim inside the cavern. Many visitors stay until after the rowboats leave and the ticket office closes at 5:30 p.m. to swim inside. This is illegal and dangerous because the high waves can slam swimmers against the low cave mouth's stone.

Why Is Swimming In The Blue Grotto Forbidden?

The grotto is one of several magnificent sea caves that are illuminated by a brilliant blue light all over the world. Swimming is also prohibited because "high waves can slam swimmers against the stone of the low cave mouth."

Many tourists don't swim inside the cave until after 5:30 p.m., after the rowboats have left and the ticket office has shut down for the day. This is against the law and extremely dangerous because the strong waves have the potential to slam swimmers against the rocky mouth of the cave.