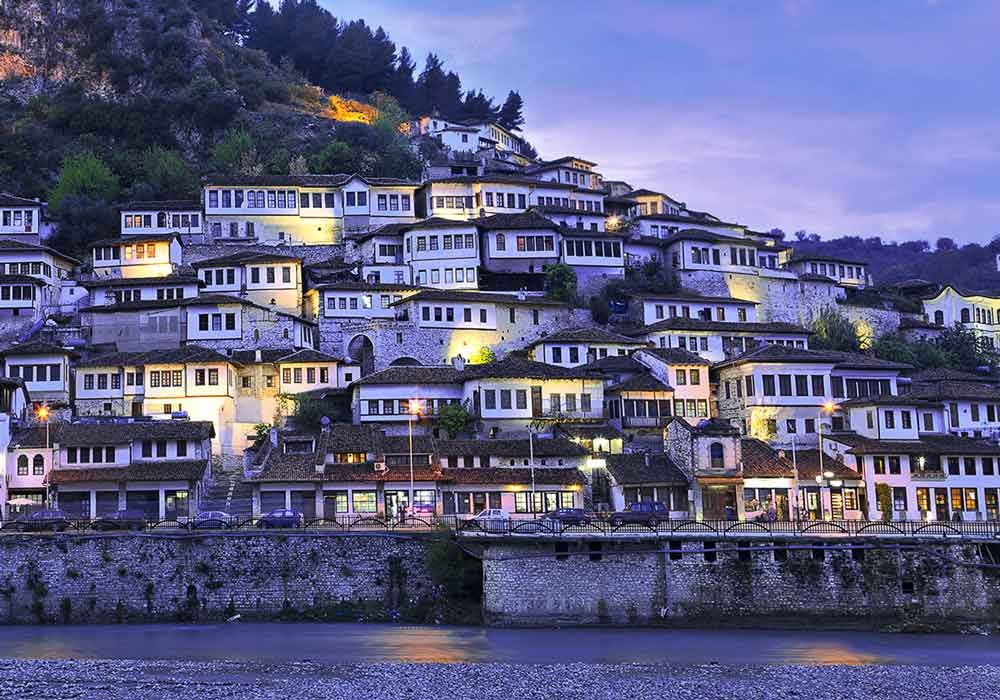 Berat Albania has its own unique magic and is unquestionably a highlight of every visit to this awesome country. The cluster of white Ottoman houses rising the hill to its castle is its most outstanding feature, earning it the nickname "town of a thousand windows."

Berat is located on the right bank of the Osum River, not far from where it joins the Molisht River. 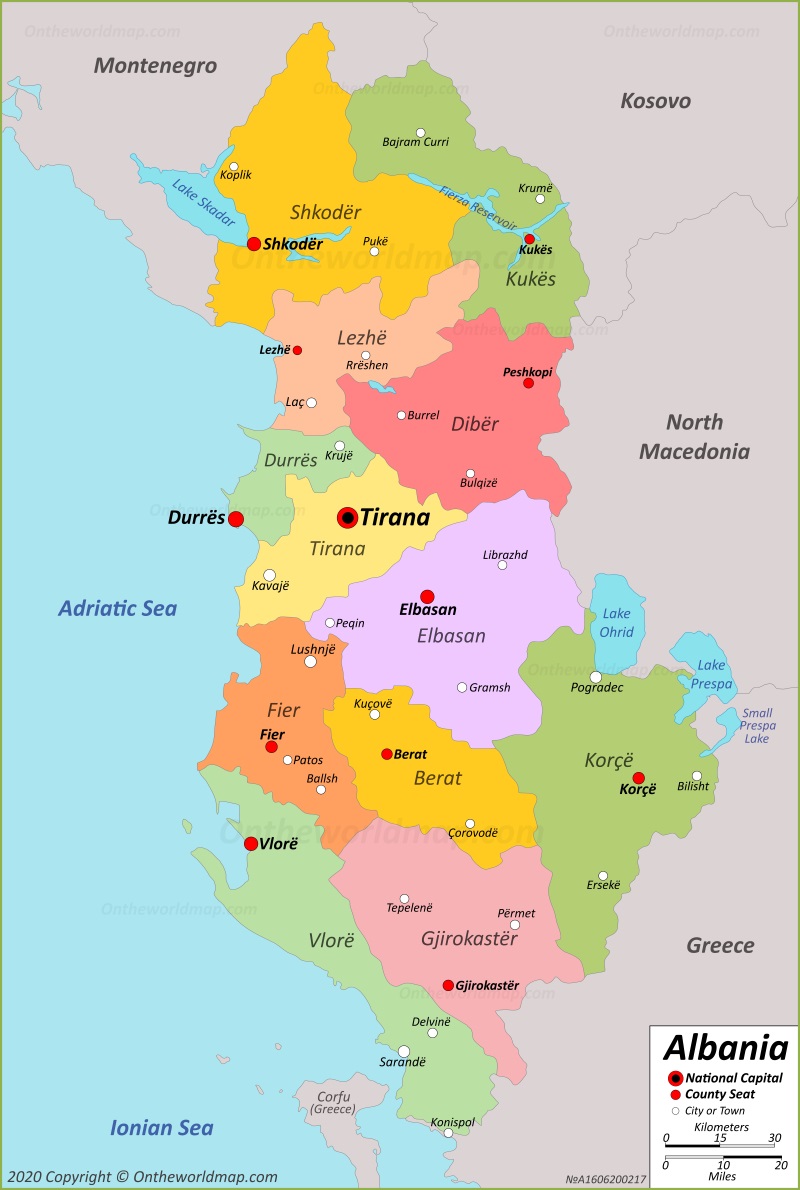 The old city center is divided into three sections: Kalaja (on the castle hill), Mangalem (at the castle hill's foot), and Gorica (on the left bank of the Osum). It has a lot of architectural and historical buildings.

The pine forests above the city, on the slopes of the high Tomorr mountains, provide a fitting background. The Osumi river carved a 915-metre-deep gorge through the limestone rock on the valley's west bank, forming a steep natural fortress around which the town was erected on multiple river terraces.

According to folklore, the Tomorr mountain was once a giant who fought with another monster (mountain) named Shpirag over a young woman. They murdered each other, and the girl perished in her tears, which turned into the Osum River.

Berat and Gjirokastra historic centers, located in central and southern Albania, were inscribed to the UNESCO World Heritage List in 2005, thanks to the presence of some magnificent Ottoman-styled houses and the integrity of their vernacular urban setting.

The architectural typology that typifies these cities is that of the tower house, which was born for defensive purposes (Kulla).

The lower floors of the buildings are formed of mixed structures with a wooden frame, while the upper floors are composed of stone as the major material of the walls, supported by wooden parts.

Roofs in Gjirokaster are made of stone slabs, while roof tiles are used in Berat. The activities in Gjirokastra are aimed at analyzing the local building culture through the use of survey and digital representation tools, as well as the involvement of students and local experts.

The inquiry was conducted out utilizing an interdisciplinary approach combining both classic and innovative data collection approaches.

The city's history began as an Illyrian settlement in the 6th-5th centuries B.C. Later, in the third century B.C., it was transformed into Antipatrea, a castle city. 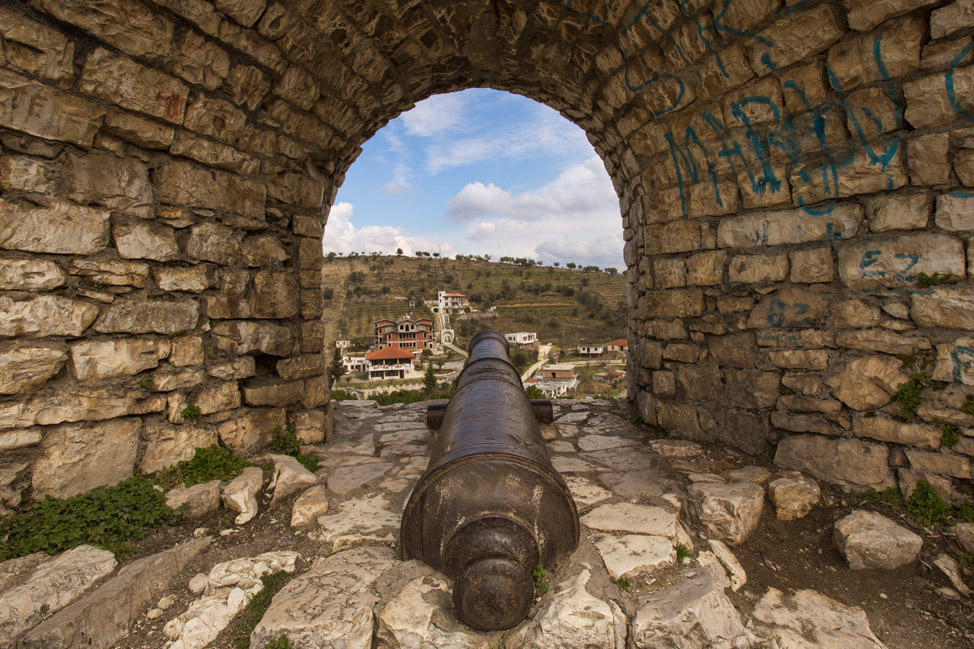 Following it, the castle grew in size, particularly during the Muzakaj family's feudal dominion. They built chapels inside the castle with magnificent frescoes and icons, as well as a calligraphy school.

Residents still live within the castle walls today, which is unusual. Mangalemi, Gorica, and Kala, where the castle is located, are the three principal neighborhoods of the ancient city.

Below the castle in Mangalemi, you can see the famous view of the home facades, with windows that appear to stand above each other.

A traditional house often has two stories, the second of which is prominent and features many cambered windows and wood carvings. The vista of Mangalemi, with its residences erected along the steep hill, is why Berat is also known as the City of Floating Windows.

The Gorica neighborhood, which faces Mangalemi, is located across the Osum River. The Gorica arched bridge, built in 1780 to connect Gorica with Mangalemi, is a remarkable architectural masterpiece.

The Byzantine church ensemble in Berat's fortress is outstanding. The Byzantine Church of Shn Mhilli (Saint Michael) is located at the foot of the castle.

The Cathedral of Shn Mria includes a museum with works by the famed 16th-century iconographers Onufri and his son Nikolla. Over 100 icons are on show, as well as works by other artists such as Joan etiri, Onufr Qiprioti, and many unidentified painters.

Top 6 Berat Albania Things To Do

If you have another day to spare, I would recommend you spend that day in nature and explore the surrounding landscape of Berat. 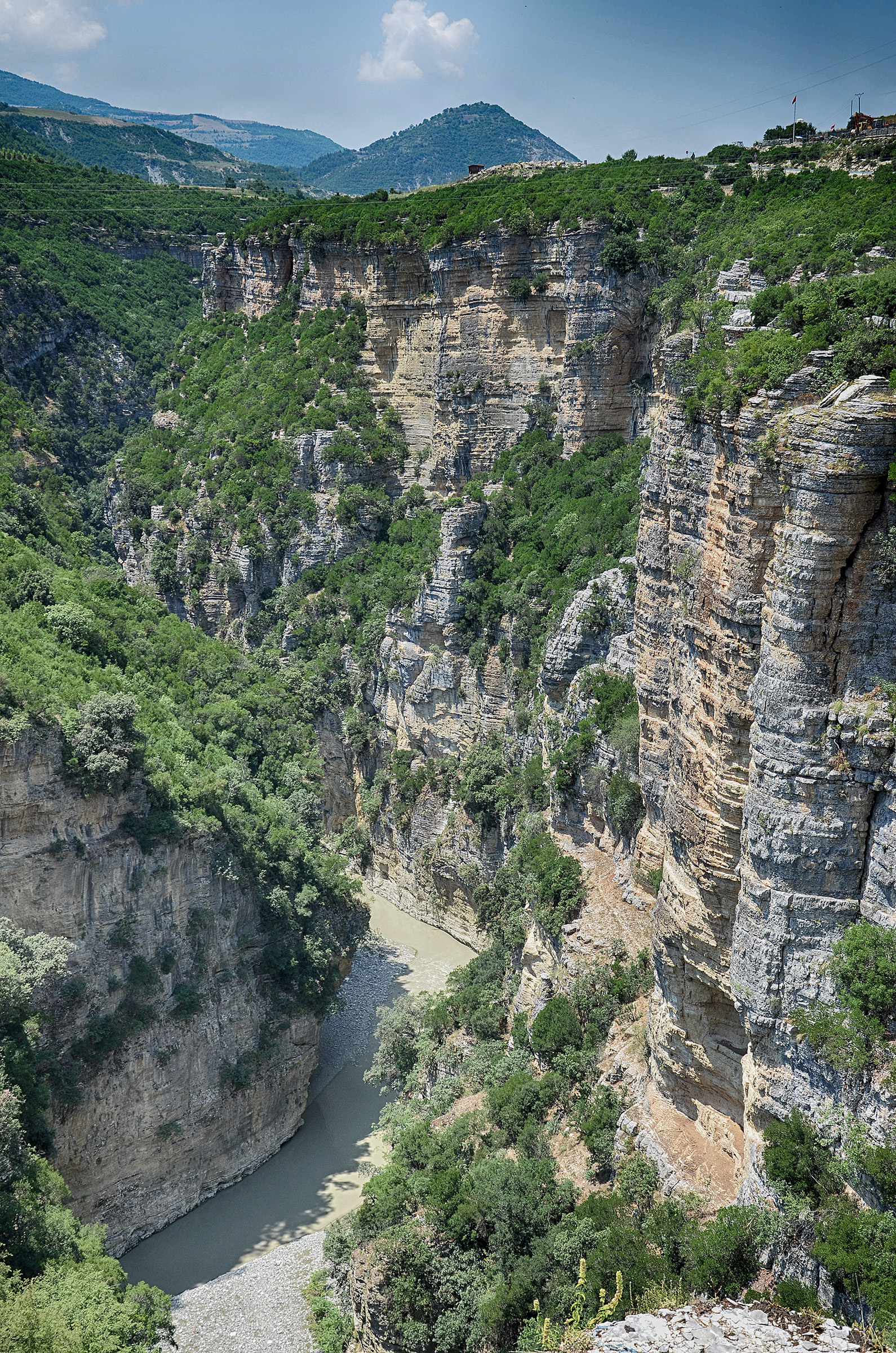 An aerial view of Osum Canyon

Osumi Canyon is Albania's largest canyon, and it is one of the best hikes in Berat.

The walk will lead you through a gorgeous section of this 18km Canyon along the canyon's edge, across wooden bridges, and there may be opportunities to relax and swim in the canyon.

After the sun goes down, be sure to visit Bulevardi Republika and participate in Xhiro. 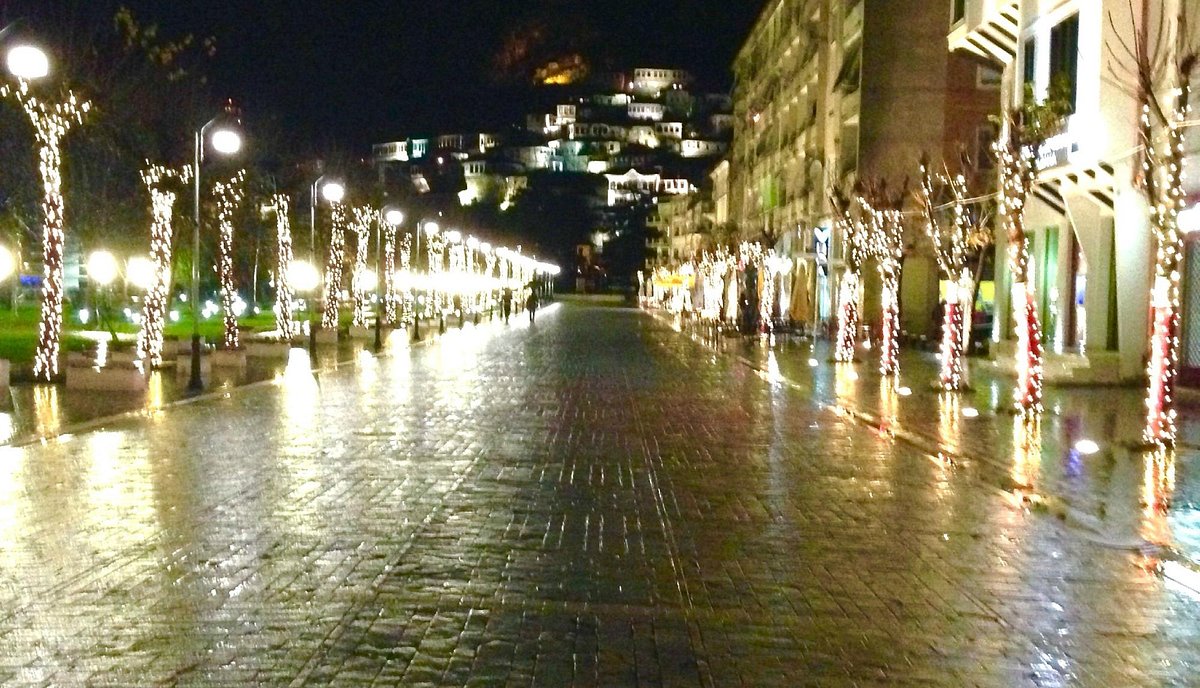 Bulevardi Republika with a beautiful pathway full of street lamps

It is an Albanian tradition in which the entire city gathers on a boulevard and walks up and down the street chatting with one another.

Gorica Quarter is located on the slope of Gorica Hill. 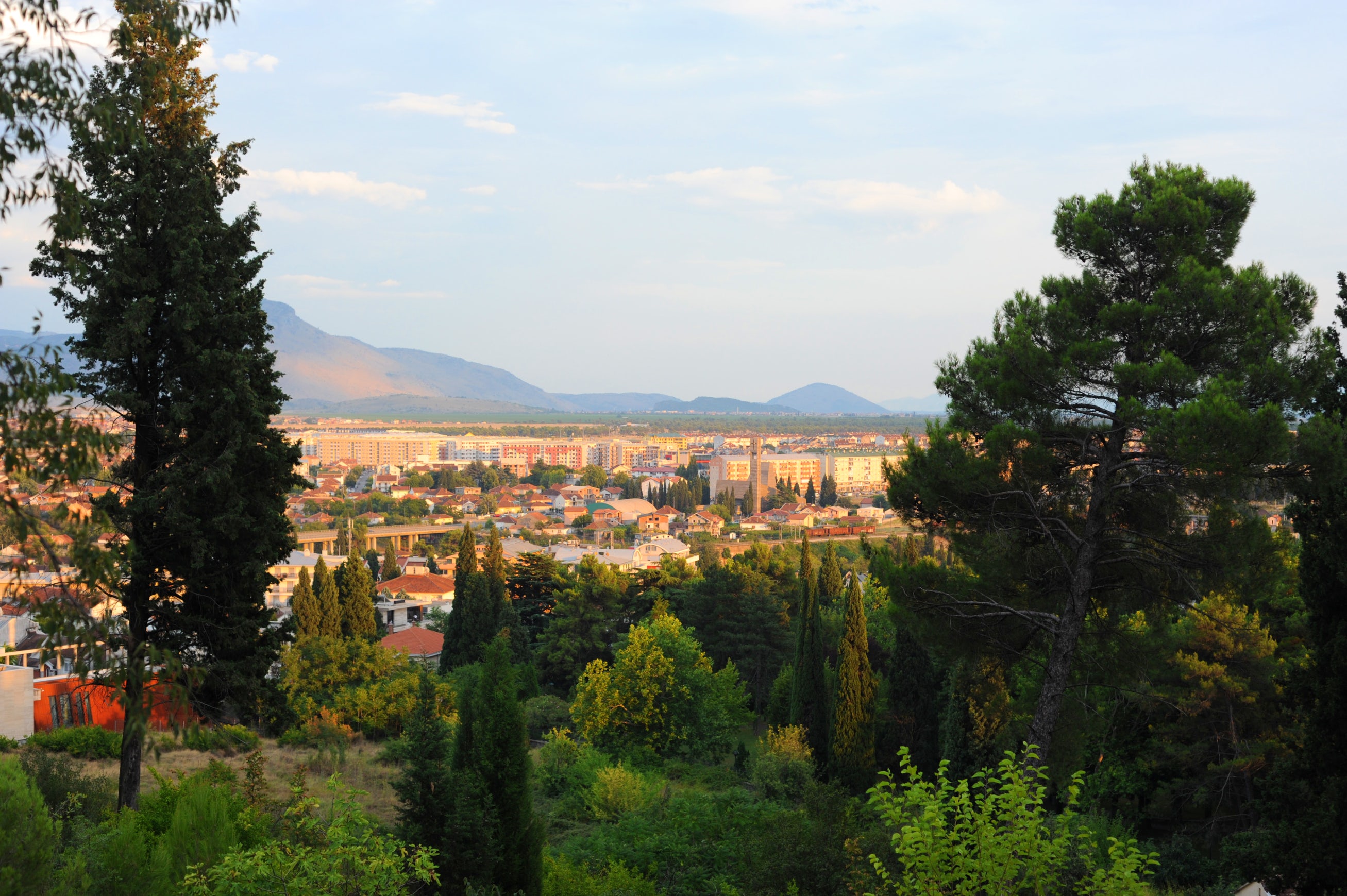 Gorica Hill with the view of the city below

There is a hiking trail behind the quarter that will lead you through the lush green forest and up into an opening with an unrivaled panoramic view of Berat Castle, Mangalem Quarter, and Gorica Quarter. 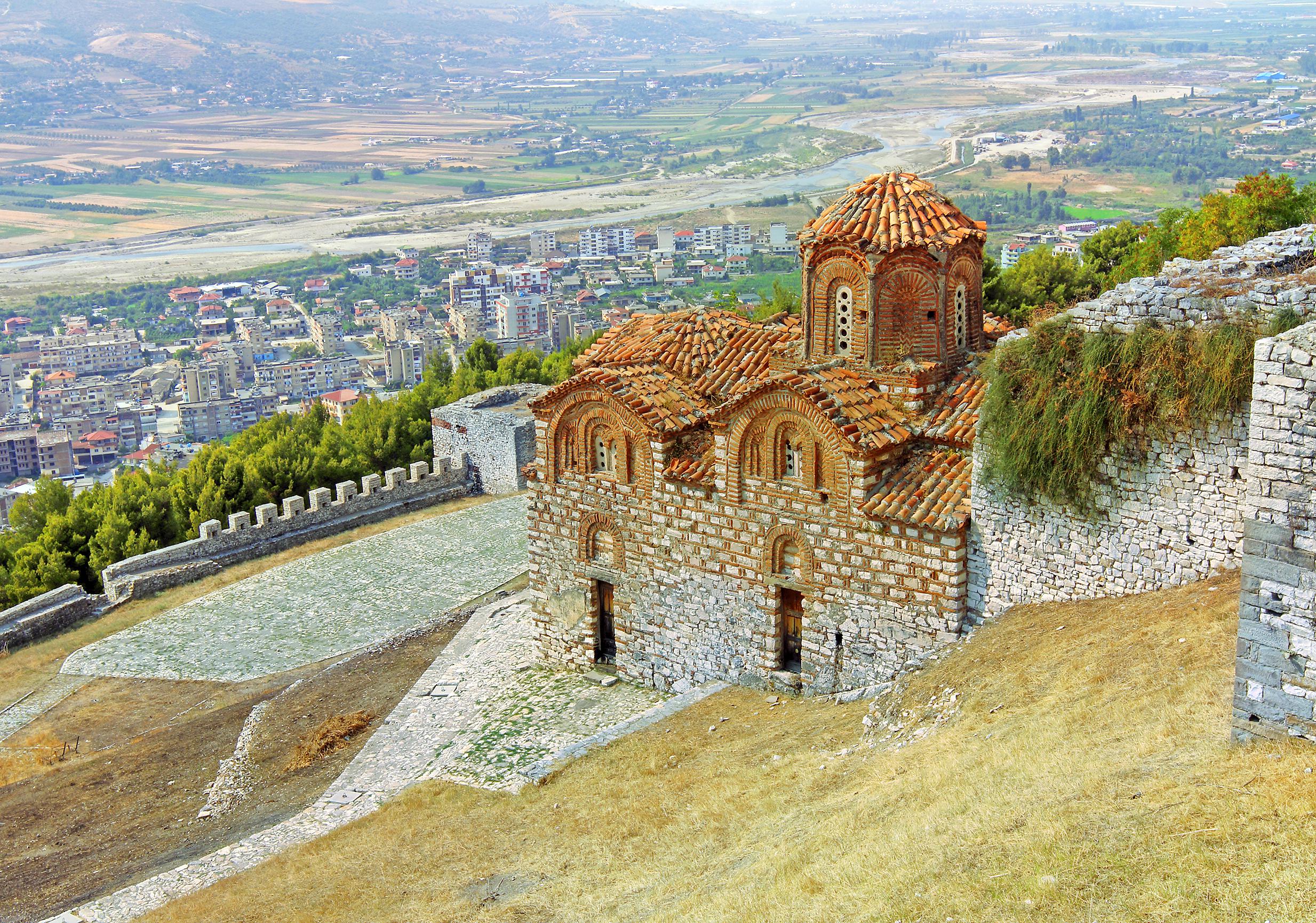 Berat Castle is one of the area's most recognizable landmarks. This Roman-era castle is on a rocky slope on the left side of the Osum River, overlooking Berat.

The small town of Safranbolu, a UNESCO World Heritage Site, is one of the greatest places to witness well-preserved Ottoman-era buildings and structures. 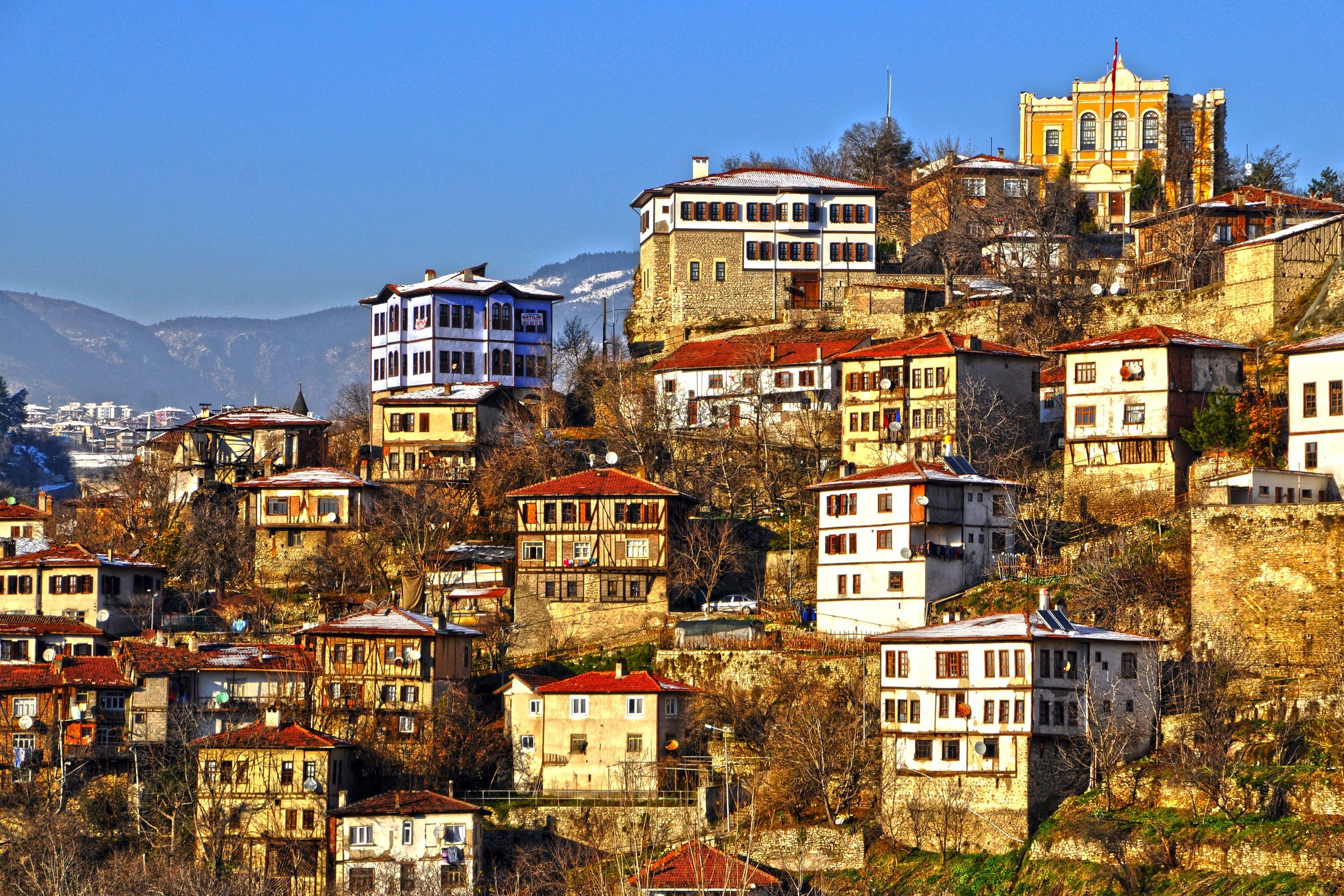 The Stunning view of Ottoman Houses during daytime

Check out what makes this lovely town, dating back to the 13th century, a wonderful vacation for history and architecture fans.

What Is Berat Albania Known For?

The town is noted for its ancient architecture and beauty, and it is also known as the "Town of a Thousand Windows" because of the many enormous windows in the old ornamented buildings that overlook the town.

Why Is Berat Famous?

Berat, an ancient Illyrian settlement that became a Byzantine frontier town, is famous for the Ottoman homes that cascade down both sides of its beautiful river valley. The City of a Thousand Windows gets its name from the evenly spaced portals cut into the stone facades. Berat Old Town as seen from the castle.

Is Berat Worth Visiting?

Nonetheless, Berat is a fantastic town, one-of-a-kind on a European scale, and well worth a visit. If it were in Western Europe, it would be as well-known as some of the great cities along the French Riviera.

This craggy mountain landscape, which joined Gjirokastra on the list of Unesco World Heritage sites in 2008, is most evocative when the clouds swirl around the tops of the minarets or break up to reveal the snowy peak of Mt Tomorri. Despite being a major tourist destination in Albania, Berat has managed to keep its laid-back appeal and positive feelings.