Visit Shanghai - Experience The Paris Of The East 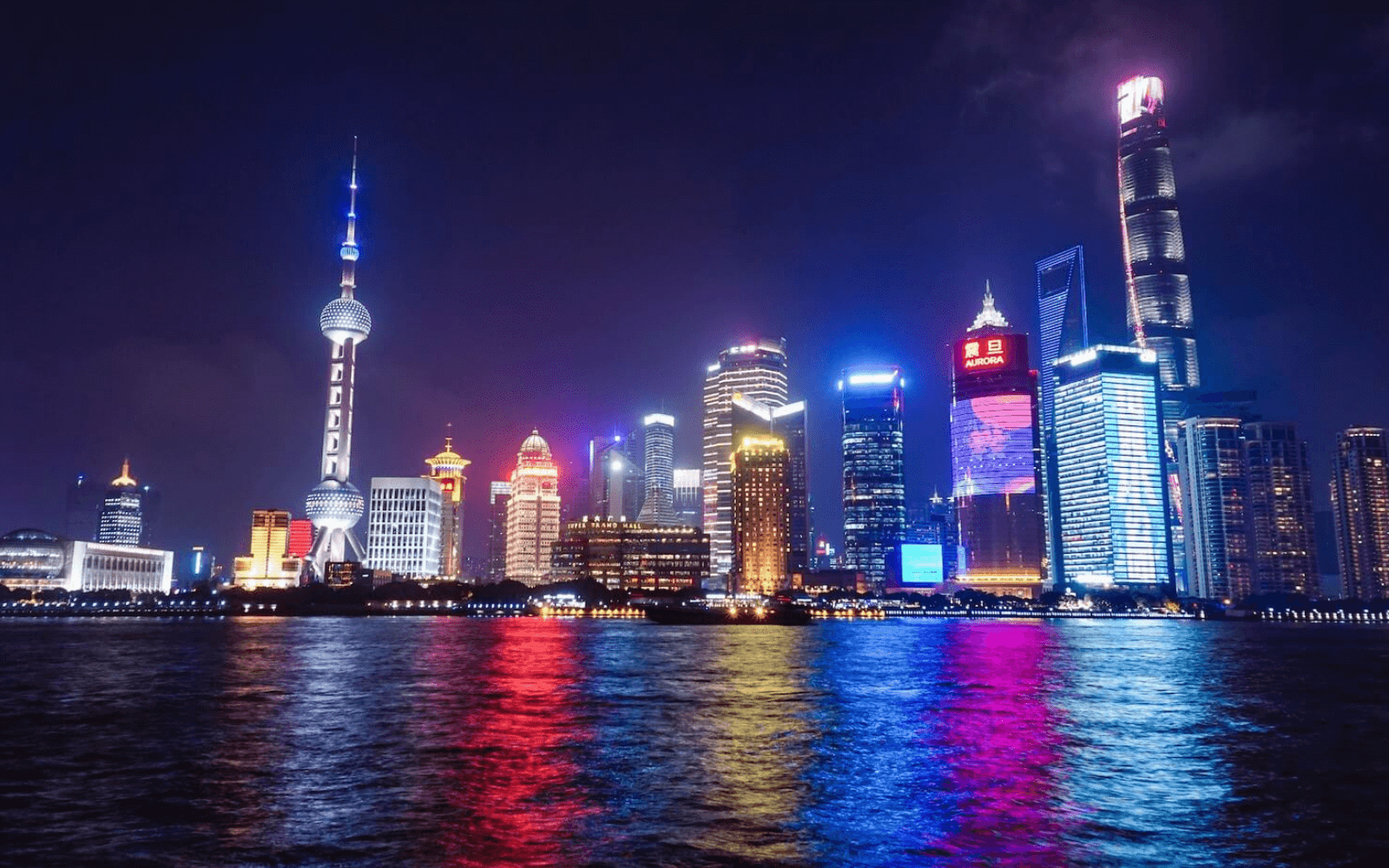 If you are planning to visit Shanghai, then you have to read this article to get to know more of this popular city.

Shanghai is more popular than Hong Kong and more appealing than Beijing, it was chosen as the most desirable tourist destination.

Everyone wants to go because there are so many adventures to be had there, there are hidden places that offer a unique blend of history and luxury.

People want to not only see, but also be seen in this city, given its rapid development so if you are planning to visit Shanghai, look into what the city has to offer.

Some locations are not obvious and are only known to locals and in addition to visiting the Buddha, the museum, and other tourist attractions, try to find a few hidden gems.

Shanghai is a major industrial and commercial center in China, as well as one of the world's largest seaports. 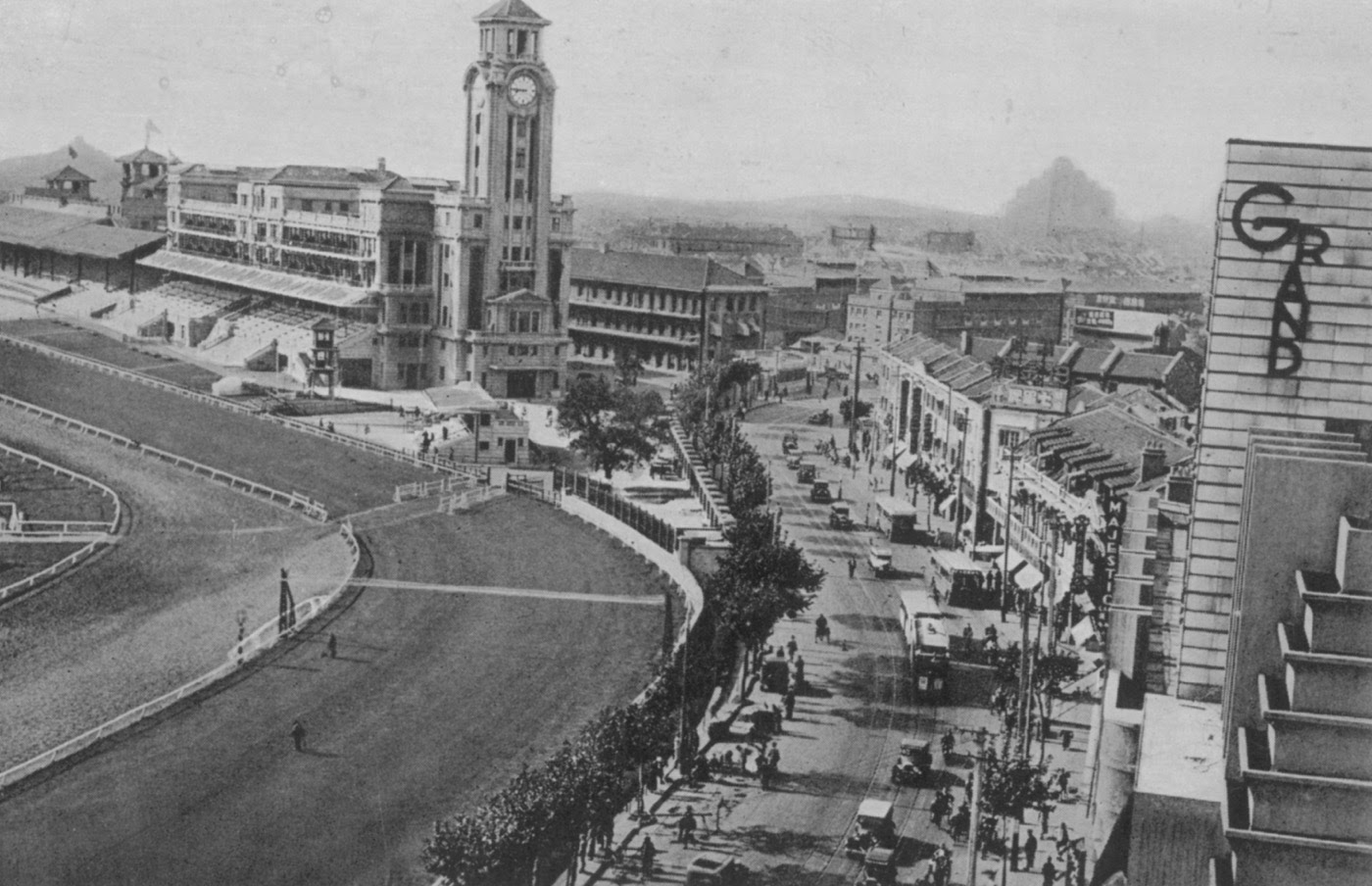 The city is situated on the East China Sea coast, between the Yangtze River mouth (Chang Jiang) to the north and Hangzhou Bay to the south.

The municipality encompasses the city, its surrounding suburbs, and an agricultural hinterland.

Shanghai was one of the first Chinese ports to open to Western trade, and it dominated the country's commerce for a long time.

However, since the communist victory in 1949, it has grown into an industrial behemoth whose products meet China's growing domestic demand.

With the establishment of industrial suburbs and housing complexes, the improvement of public works, and the provision of parks and other recreational facilities, the city has also undergone significant physical changes.

To support its major role in China's modernization, Shanghai has attempted to eradicate the economic and psychological legacies of its exploited past through physical and social transformation.

Things To Do In Shanghai China

Many things come to mind when you think of China: an ancient culture rich in beauty and history, very large cities with towering skyscrapers, and incredible food from street vendors to high-end restaurants.

Shanghai combines all of these elements into a thriving metropolis.

Shanghai easily takes the crown in a country known for its megacities.

Shanghai, known as the "Paris of the East," is a mix of modern towers that define its skyline, such as the Oriental Pearl TV Tower with its iconic circular design, and quaint neighborhoods that transport visitors to the romantic streets of Europe.

From classic xiaolongbao (soup dumplings) to Michelin-starred meals, top-floor observation towers to an after-dinner stroll along the Bund waterfront, Shanghai has something for everyone.

The Bund And Huangpu Riverside

This establishment can be found tucked away in the bowels of an apartment complex. 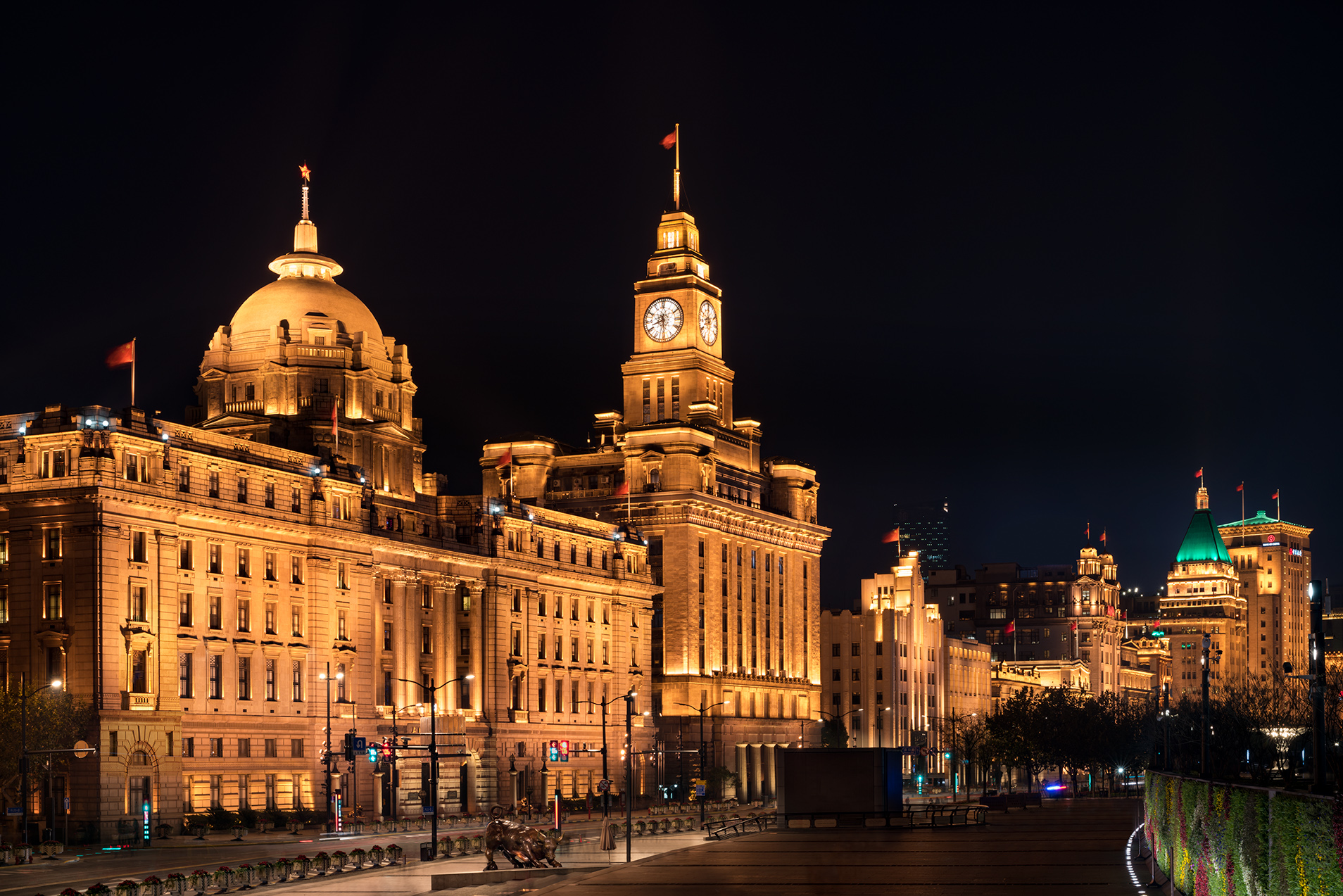 The purpose of the Propaganda Poster Art Center, which is to express the history and art of 20th century China, is housed in an extremely peculiar location.

You will find a large number of different posters there, and you can read the stories that they tell.

This hobby has been something that the director of the museum has been pursuing for a considerable amount of time in order to amass some wonderful copies of the poster.

Many people are not familiar with this period in Chinese history; however, this presents an excellent opportunity to learn a great deal more about their culture and their history.

Therefore, the Shanghai Propaganda Poster Art Center is a window into a very dynamic tourist-period of Chinese history that will fascinate you if you visit it.

The French settlement is recognized as both a prime location for residential and commercial development in this city. 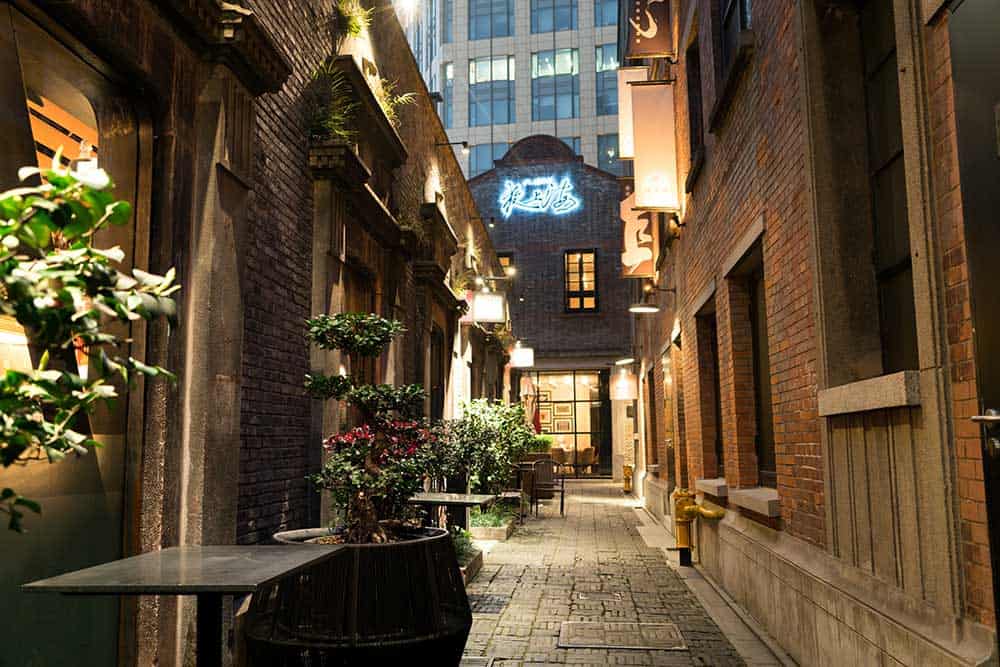 An alley in The French Concession

After construction was complete, the land was handed back over to the administration of the municipality where it had originally been designated as a French settlement.

Despite this, there was no change made to the name.

You shouldn't pass up the opportunity to learn more about the fascinating history of this one-of-a-kind city, as well as the French culture in Shanghai.

In that section of the city, in addition to the many shops and restaurants, there are also a number of fascinating historical sites.

After you have left the former French settlement, we are confident that you will have a varied and fulfilling experience.

If you enjoy shopping, there are a number of modern shopping malls that are always being updated and are available for you to visit.

They are designed to entice the greatest number of customers possible.

Shanghai, in contrast to most other parts of the world, served as a safe haven for a significant number of Jewish refugees who were fleeing Europe at the time. 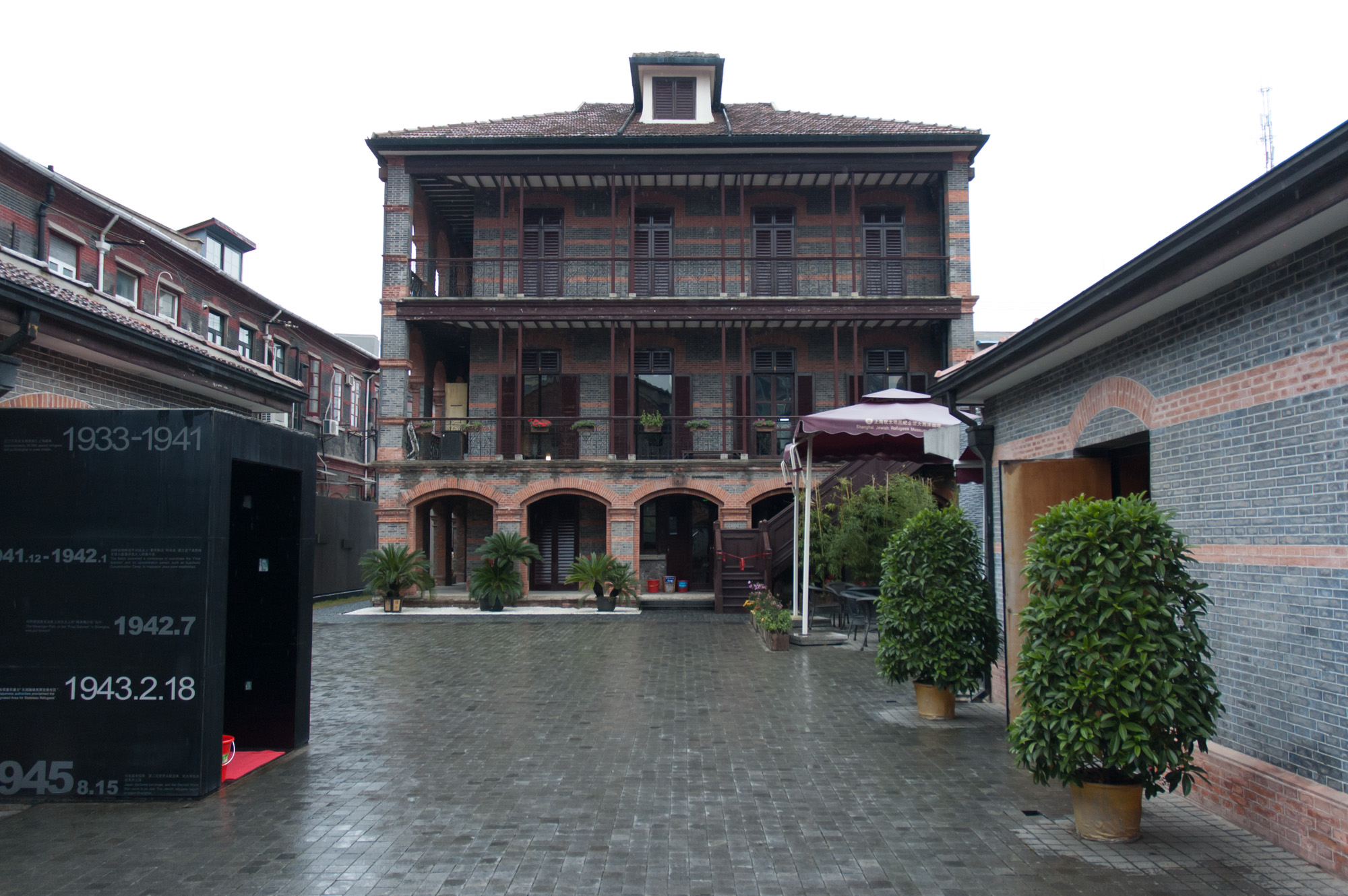 Because of this, there is a Museum that not only serves as a reminder of this fact but also offers a great deal more information to visitors.

For instance, there are documents, personal items, movies, and a great deal of other things that document their lives.

In addition, there are also many other items.

It is a wonderful chance for you to increase your knowledge of this country, and the exhibitions that are frequently held in the courtyard of the building that houses the Ohel Moshe Synagogue will be able to assist you in doing so.

During World War II, this neighborhood was known as the Shanghai Ghetto by its Jewish residents.

We recommend that you visit this location if you're looking for an experience that is more true to its roots. 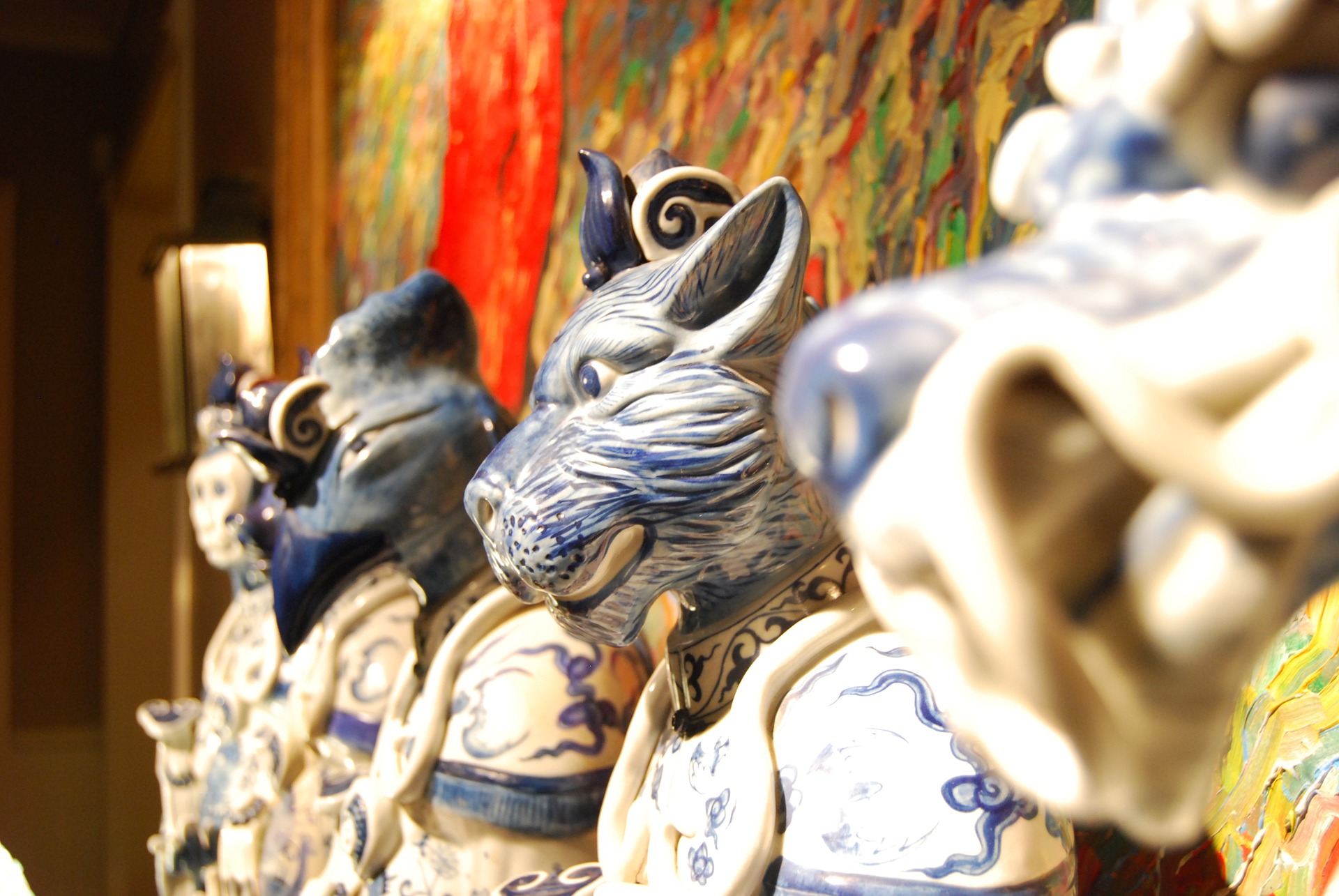 Some antiques being sold in Shanghai

It is situated in close proximity to the Shanghai Museum of Science and Technology.

You will also be able to find a wide variety of clothing and electronic goods in addition to the mementos.

On the other hand, you can also find things like silk, pearls, and so on.

You will find the majority of the city's collections of antiques and other items at the Mulan Hua Ge Curio Warehouse, making it an alternative choice that is equally as good.

For instance, these are various architectural relics that date back to the time before the revolution.

Some examples of these include statues, musical instruments, and chairs.

This is yet another amenity that you will most certainly enjoy visiting. 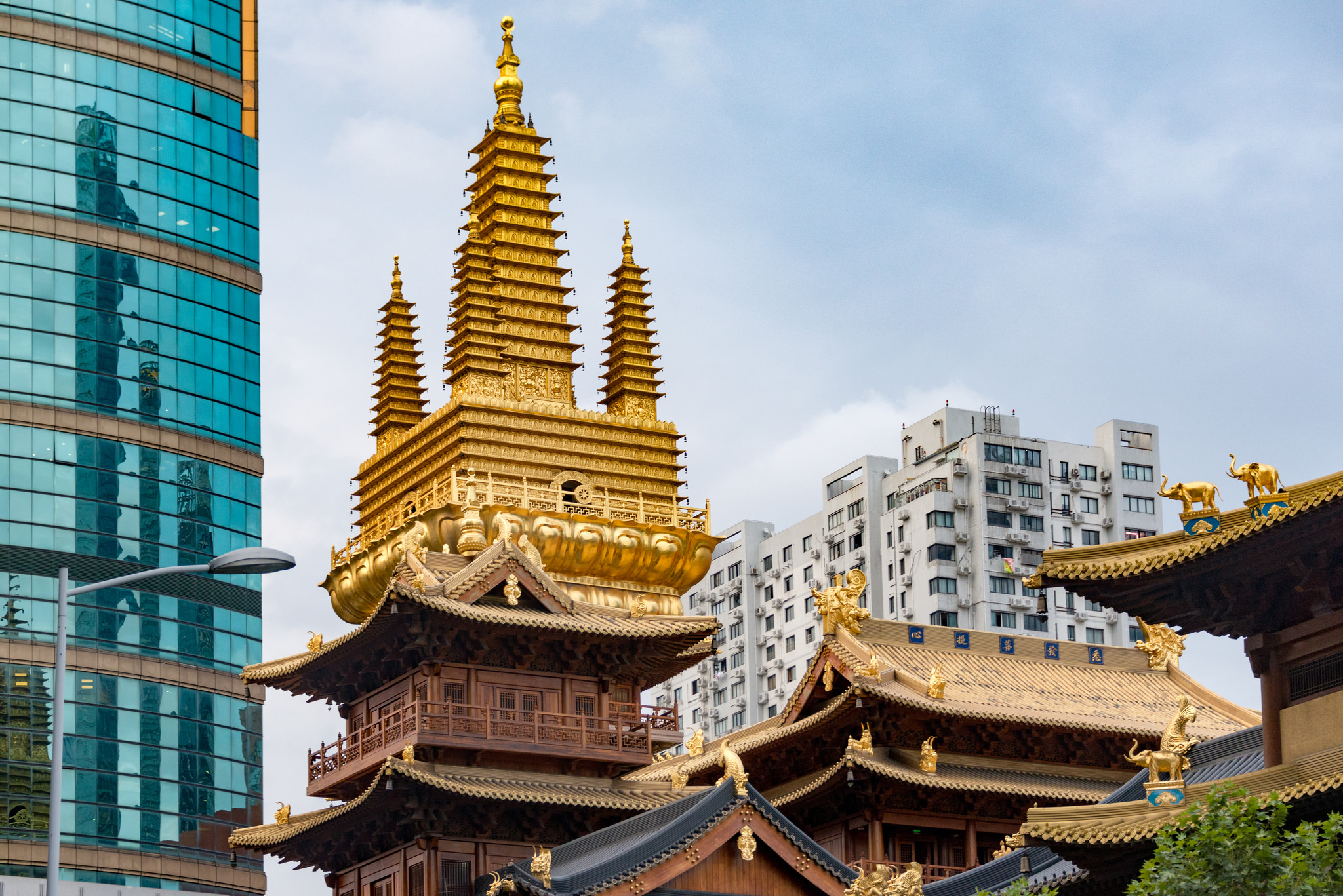 An aerial view of Jing’an Temple

This Buddhist temple dates back to before the start of the new era and can be found in a different neighborhood of the city.

On the other hand, after some time had passed, there was a relocation to a different location.

This temple's striking appearance is due, in no small part, to the fact that it is encircled by contemporary structures.

In later times, a plastics factory was established at this site, and at the same time, the monks were allowed to regain control of the temple so that it could be renovated.

Nevertheless, sculptures and other works of art can be found throughout the interior of the temple.

We are confident that you will have a wonderful time exploring them, and we also know that you will appreciate the calm and seclusion that they provide.

Even if you choose not to go inside the temple, the exterior of the structure itself will enchant you and provide plenty of pleasure.

This location comes highly recommended by us to anyone who enjoys chocolate. 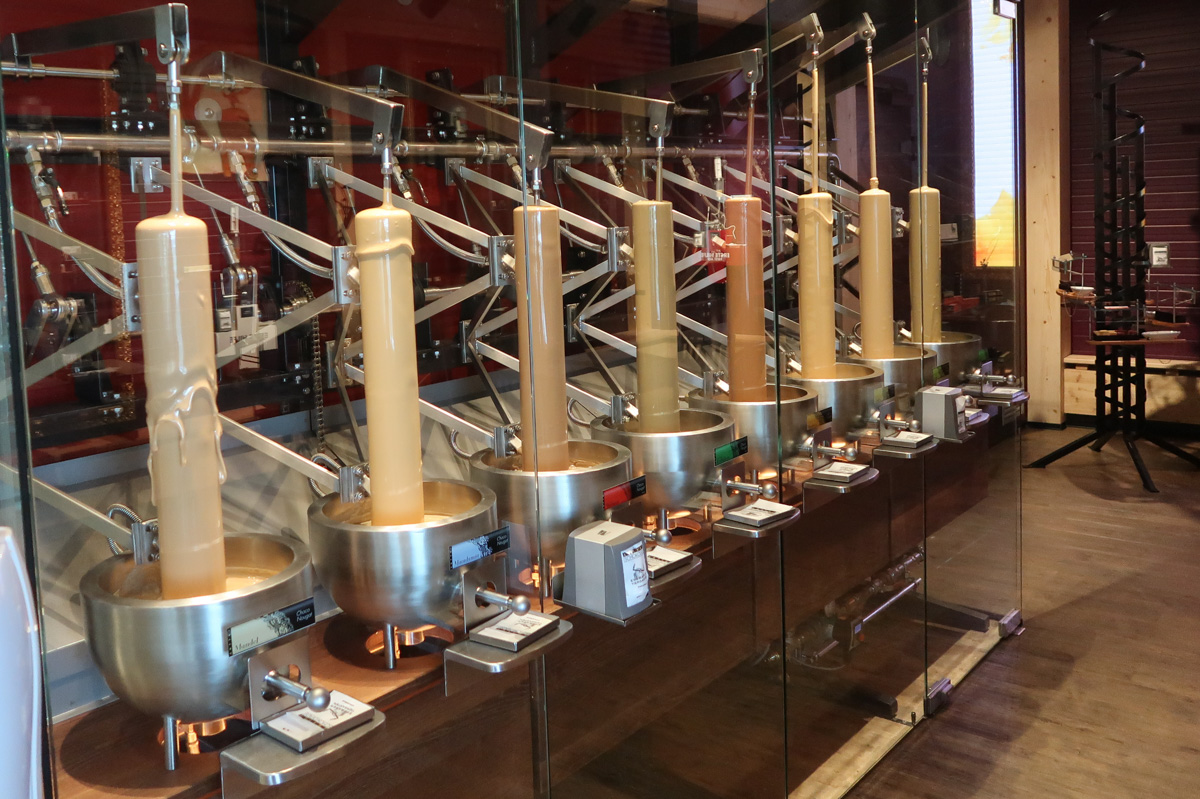 Inside view of the Zotter Chocolate Theater

It is famous for the organic and fair-trade chocolate that it produces.

If you go to this location, you will have the opportunity to sample delicious foods that feature unusual flavor combinations.

This is going to be a very interesting trip because the tour includes a wide variety of components that are completely out of the ordinary for you to consider using.

You can also combine different flavors to come up with your own unique combination.

Your suggestion is going to be implemented by the staff in a very short amount of time, right there and then.

Both Chinese and English are offered as options for the tour.

The world is familiar with Chinese acrobatics, and if you want to see one of the very best performances, then going to this venue is the best option for you. 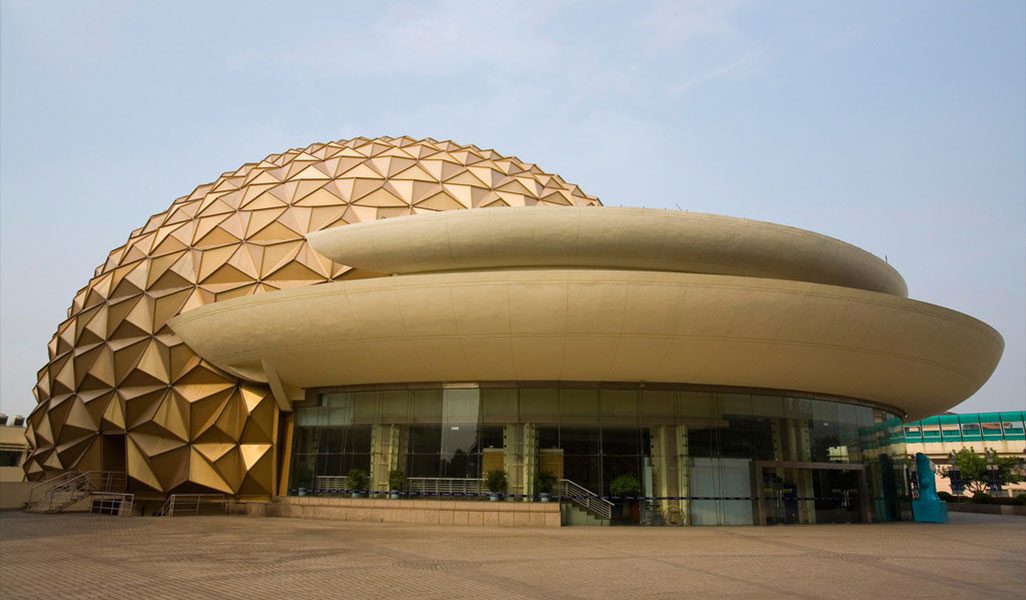 A view of the Shanghai Circus World

Performances that feature acrobatics, magic, music, dance, and other forms of entertainment are not to be missed.

This ancient city consists of a complex network of waterways that have been in use for a very long time. 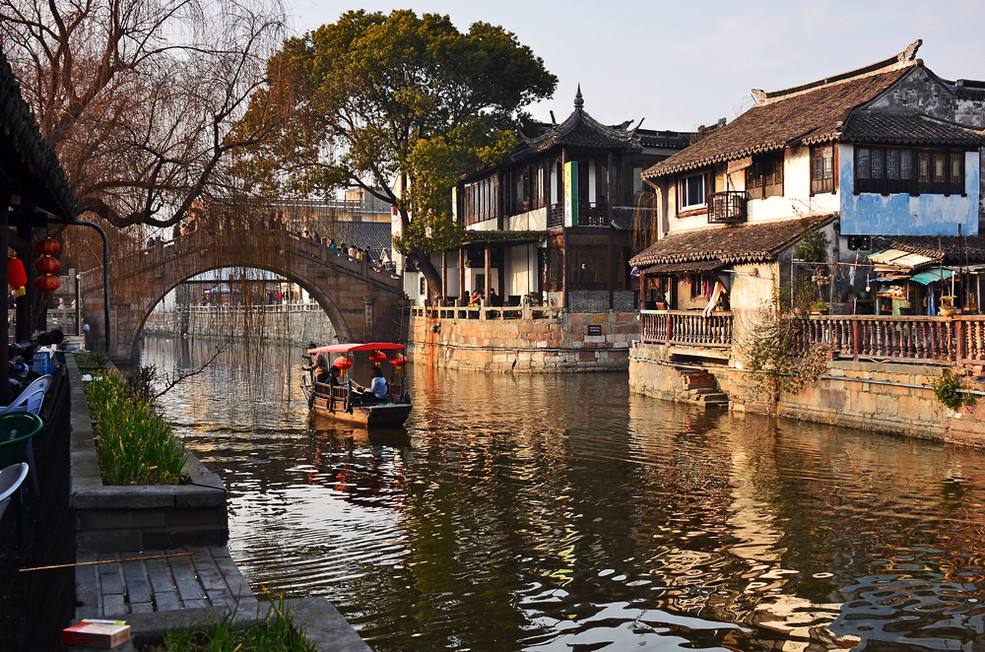 The region that is now home to Fengjing was historically an agricultural one and it is located on the outskirts of Shanghai.

In spite of this, the location was eventually discovered.

This is a favorite spot for artists because they can create some of their most stunning works of art there and then sell them.

If you want to become familiar with the beauty of the city, you should focus your attention on the many ancient temples and homes.

People who are in need of a relaxing day trip will find that this is an excellent option.

In addition, there will be shops and restaurants in the area.

Is Shanghai Worth Visiting?

Shanghai may not have pandas like Chengdu or rice terraces like the south, but it is every bit as worthwhile as any other Chinese destination. In fact, there are numerous reasons to visit this vibrant "Paris of the East."

Is Shanghai Safe To Visit?

Although Shanghai has a low crime rate, especially for a major city, petty crimes such as pickpocketing do occur in congested areas such as train stations, markets, and busy streets. There are also a number of scams that target foreigners and tourists specifically. Take the initiative! Your safety is entirely in your hands.

Why Do Tourists Go To Shanghai?

Shanghai is a popular tourist destination known for historical landmarks like The Bund, City God Temple, and Yu Garden, as well as the extensive Lujiazui skyline, numerous skyscrapers, and major museums like the Shanghai Museum and the China Art Museum.

One of the most popular tourist destinations will provide you with the adventure you have always desired.

"Paris of the East" will take you on an exciting journey while also providing you with peace and tranquillity.

If you persevere, you will be able to identify the majority of the city's hidden gems.

So, savor the little things, such as walks through the parks, sightseeing, trying out specialties, and so on.