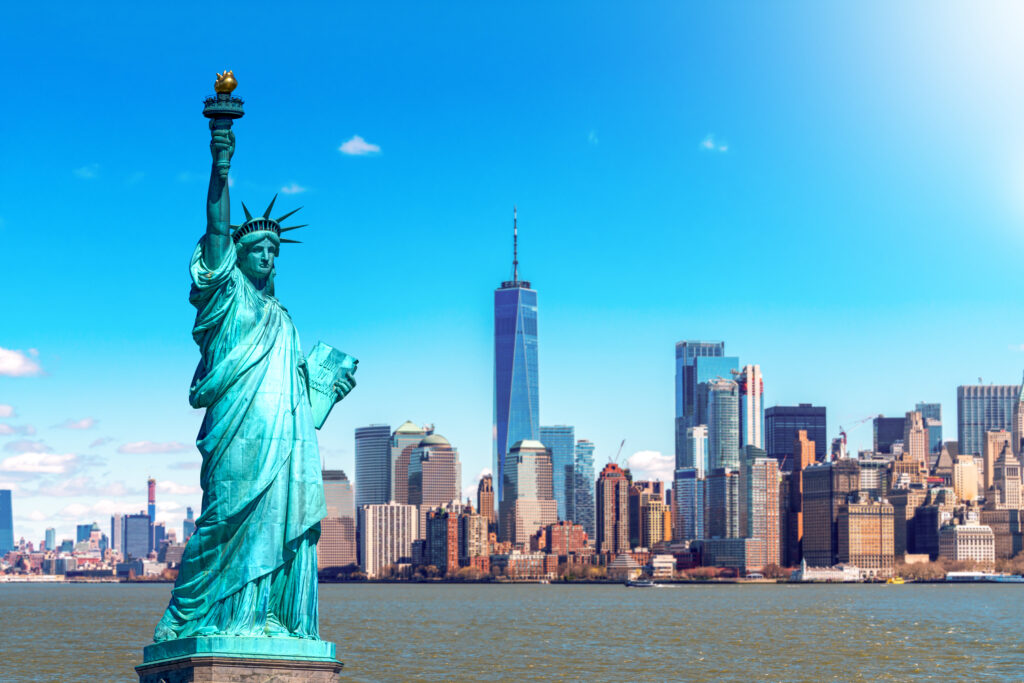 As per recent report, the United States continues to dominate the global travel. According to the most recent Economic Trends Report published by the World Travel and Tourism Council (WTTC), the United States of America is still the largest and most influential travel and tourism market in the world.

In spite of being subjected to lengthy and damaging travel restrictions, which did little to halt the spread of COVID-19 and instead only resulted in serious economic losses, its position as the top-ranked country was reaffirmed.

However, despite keeping its top spot, the travel and tourism industry in the United States contributed $70 billion less to the nation's economy in 2019, bringing its total to just under $1.3 trillion, down from the previous year's total of $1.7 trillion.

According to research conducted by Oxford Economics for the WTTC, the top three countries have remained the same, with China coming in second and Germany coming in third. However, the rankings are deceptive because the top economies increased their numbers through domestic travel while the number of international visitors decreased.

In the United States, international traveler spending rankings found it in a position lower than it had been prior to the pandemic. However, despite the difficulties that have been faced over the course of the previous two years, the most recent report from the global tourism body demonstrates that business travel is on its way to recovery.

The President and Chief Executive Officer of the World Travel and Tourism Council (WTTC), Julia Simpson, stated that "Our report shows the resilience of the Travel and Tourism sector, in spite of the impact of travel restrictions around the world, which failed to halt the spread of the virus."

"Despite the difficult macro environment, the travel and tourism industry has made significant progress. Travel is picking up again across the globe, with a few notable exceptions. Additionally, there has been an uptick in the number of people traveling for business. In the next ten years, the growth of the travel and tourism industry will outpace that of the global economy.

The United Kingdom experienced the greatest decline of the top 10 countries, falling from fifth place in 2019 to ninth place in 2021, with a contribution of slightly more than 157 billion United States dollars.

In terms of the amount of money spent by international tourists, France, which had been in fourth place prior to the pandemic, has now moved up to first place, surpassing Spain, China, and the United States. Before the pandemic, China was in second place, but after it it dropped dramatically to 11th place in 2021. China is still cut off from much of the rest of the world.

Major travel and tourism markets throughout Asia and the Pacific, such as Thailand and Japan, both experienced significant reductions in the amount of money spent by tourists from other countries. As a direct result of these declines, Thailand and Japan, which had been ranked fifth and eighth, respectively, prior to the pandemic, fell out of the top 20 altogether in 2021.

The World Travel and Tourism Council (WTTC) forecasts that business travel all over the world will increase by more than 41% in 2017. It is anticipated that business travel will increase by an annual rate of 5.5% on average over the next ten years, with the Asia-Pacific region seeing the potential for the fastest growth. According to projections made by the WTTC, China is on track to surpass the United States in the travel and tourism industry by the year 2032.

According to the findings of the research, the contribution of China's travel and tourism industry to the country's gross domestic product could reach US$3.9 trillion by the year 2032. This would make China the most powerful travel and tourism market in the world. India could overtake Germany and move into third place with a projected value of US$457 billion.