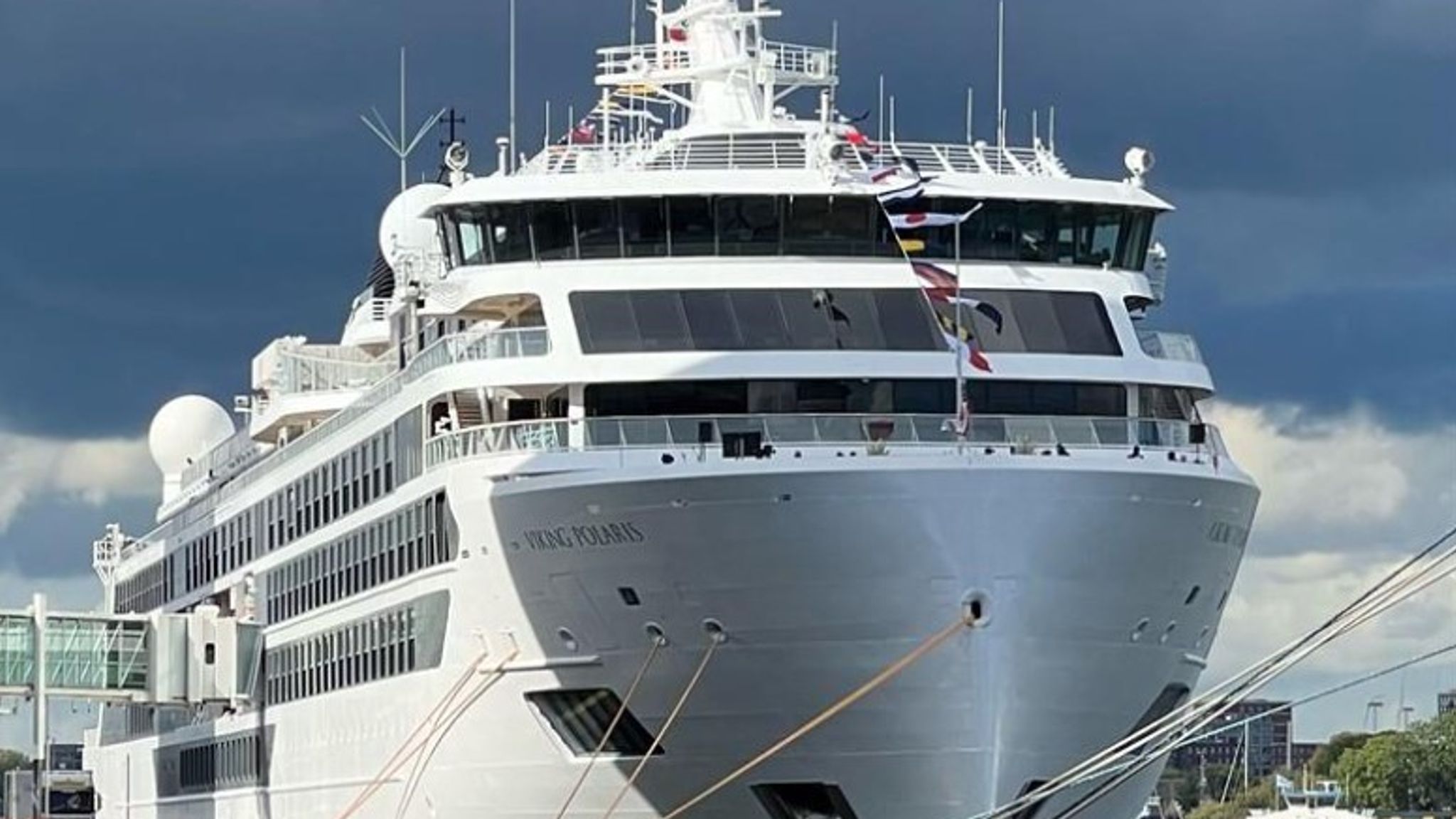 In a recent report, a "rogue wave" incident results to death and injuries. This week, a freak "act of God" that struck a cruise ship while it was out at sea on Tuesday resulted in the death of one passenger and the injury of four others.

On November 29, at approximately 10:40 p.m. local time, the polar expedition vessel Viking Polaris was hit by what is known as a "rogue wave" by the National Ocean Service.

The ship was headed toward Ushuaia, Argentina as part of an expedition to Antarctica at the time of the incident.

In a statement that was made public today, Viking confirmed that one of their guests passed away as a result of the event; however, no specifics regarding the cause of death were provided at the time of the statement's release.

According to the report, four additional passengers also sustained injuries that did not pose a threat to their lives and were treated by the ship's doctor and medical staff.

We are investigating the facts surrounding this incident and will offer our support to the relevant authorities. Our focus remains on the safety and wellbeing of our guests and crew, and we are working directly with them to arrange return travel.

The cruise line said that it has informed the victim’s family of the tragedy and, shared their deepest sympathies.

We will continue to offer our full support to the family in the hours and days ahead.

Viking reported that the ship was only slightly damaged when the enormous wave crashed into its side, and it arrived in Ushuaia on Wednesday "without further incident."

Photos that were taken at the port reportedly showed several shattered windows, as reported by ABC News.

Viking Cruises And Other Incidents

Viking (formerly Viking Cruises) is a river, ocean, and expedition cruise line. It has its operational headquarters in Basel, Switzerland, and its marketing headquarters in Los Angeles, California.

It operates a fleet of 76 river vessels and six ocean ships as of February 2020, offering cruises along rivers and oceans in North and South America, the Caribbean, Europe, Russia, Egypt, China, and Southeast Asia.

Hagen got into cruising as a McKinsey and Co. consultant who helped Holland America Line survive the 1973 oil crisis, then became CEO of Royal Viking Line from 1980 to 1984.

This made money in Russian private equity markets, and then bought a controlling stake in a Dutch shipping company that failed in the mid-1990s, leaving him nearly bankrupt.

In 1997, Hagen assisted some Russian oligarchs in purchasing a shipping company in exchange for four river cruise ships, which became the founding fleet of Viking River Cruises.

Viking Freya collided with a bridge near Erlangen, Germany, on September 11, 2016, crushing the wheelhouse and killing two crew members.

Viking Sky issued a mayday call on March 23, 2019, after her engine failed off the coast of Norway. Six of Norway's fourteen rescue helicopters were dispatched to the scene, and 460 passengers were evacuated before the ship was able to travel to Molde on her own. Because the anchors were inoperable, the vessel was towed by a tugboat. Viking Sky arrived at a shipyard in Kristiansund for repairs on March 27. The following cruise was canceled.

On April 1, 2019, Viking Idun collided with the oil tanker Chemical Marketer (IMO 9304291) in Terneuzen, near Antwerp, in the Netherlands. Five passengers were injured slightly, and one crew member was taken to the hospital. According to the Marine Insurance report, the Idun "suffered considerable damage to her bow," while the tanker "suffered several breaches to her hull."

During a sightseeing tour on the Danube on May 29, 2019, Viking Sigyn collided with a small tour boat, the Hableány, in Budapest, Hungary. The Hableány sank with 35 people on board, 28 of whom perished.

A floating crane recovered the boat from the riverbed and deposited it on a barge on June 11, 2019. The captain of the Viking Sigyn, Yuriy C. and later Yuriy Chaplinsky of Odessa, Ukraine, was arrested and detained on suspicion of endangering water transportation and causing a mass-casualty incident.

Based on other reports, he was the captain of the Idun during the incident near Terneuzen, according to Hungarian prosecutors. The Dutch Safety Board refused to reveal to the news media the identity of the captain of the ship involved in the 1 April incident.

According to a mid-October report from Hungary, the captain of the Sigyn, Yuriy Chaplinsky, was not impaired at the time of the crash and was in command of the vessel on the bridge.

As per the Captain, he "simply did not notice" the tour boat. Although news reports stated that he was not to blame for the crash, Captain Chaplinsky was still being held in pre-trial custody as a suspect in "endangering water transport resulting in a fatal mass catastrophe and failing to offer aid at the time of the crash," according to CBS News.

On the evening of June 5, 2019, a Viking ship, initially identified as the Viking Var, caused damage to the Riedenburg lock in the Rhine-Main-Danube Canal.

The lock could not be properly closed after the impact. The accident caused no injuries. The repair was supposed to take two to three weeks. Witnesses later confirmed that the vessel involved in the incident was the Viking Tir.

And the previous one, Viking Polaris was hit by a rogue wave during a storm off the coast of Argentina on November 29, 2022. A glass screen was shattered, killing a female passenger with flying glass. Four more people were hurt.