Kiriath-Jearim Map - Not Just An Ordinary Hill On The Map 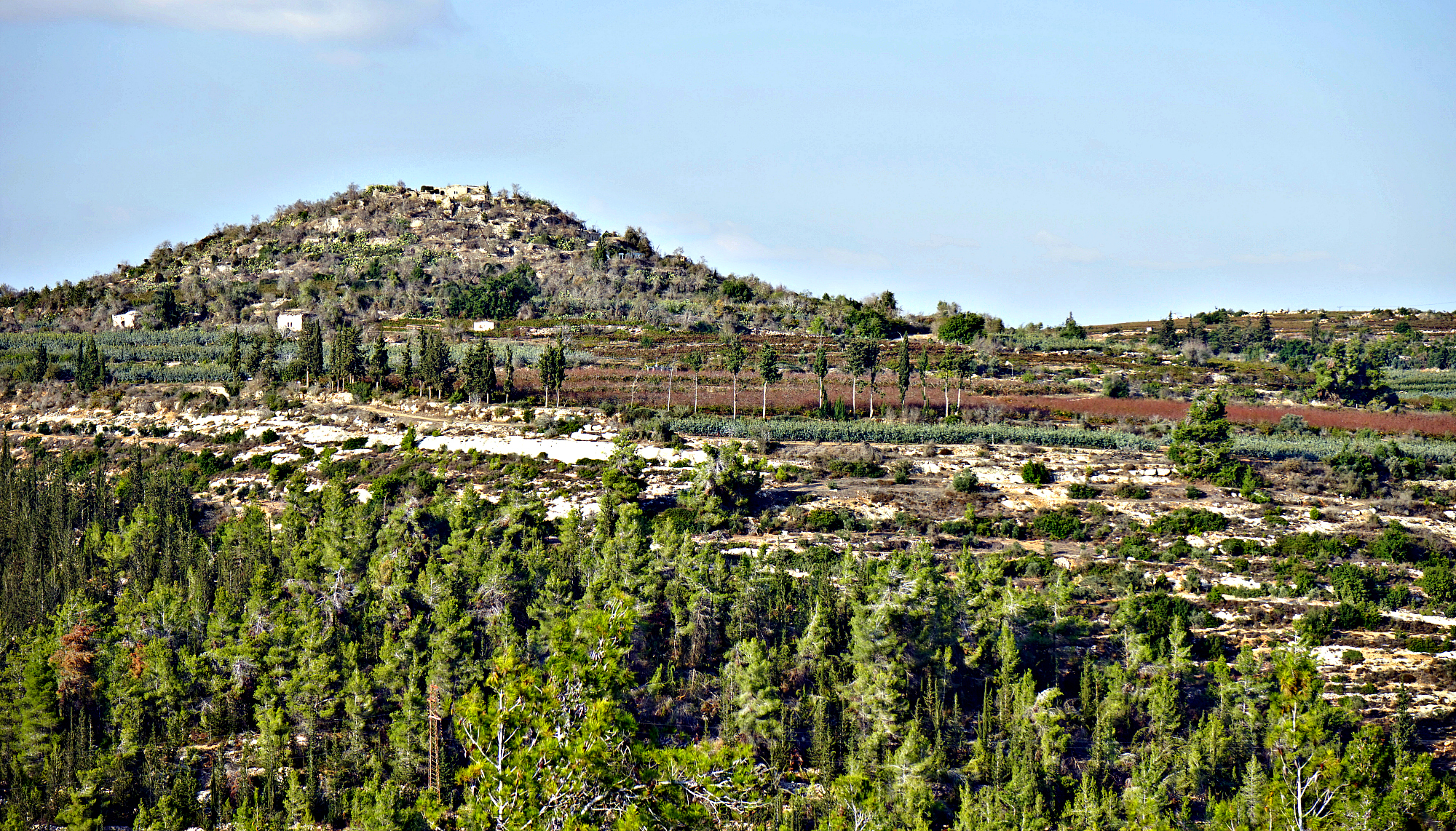 The Kiriath-Jearim map is both a place of death and a place of retreat. It is a final resting place for people in the old days.

When Ruth's mother-in-law Naomi was in exile from Israel, she travelled there with her husband Elimelech and sons Mahlon and Kilion, according to the Book of Ruth.

Kiriath-Jearim In A Nutshell 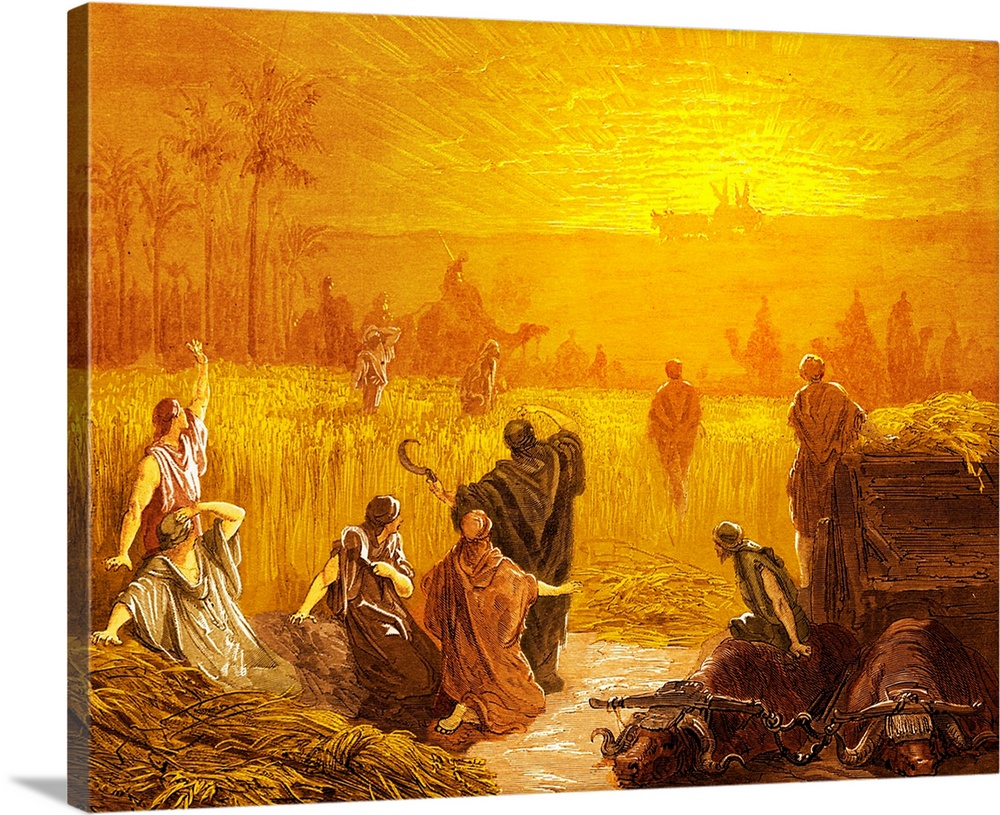 Kiriath-Jearim was characterized as a Hivite city with Gibeonites connections. It was an important landmark in determining the boundary between the tribes of Judah and Benjamin.

It is suggested that the Ark of the Covenant was relocated here after being in Beth Shemesh. The ark was transferred to Jerusalem and put in a tent outside David's palace some 60 years later.

The name change from Kiriath-Ba'al to Kiriath-Jearim reflects the population shift that occurred following Joshua's military expedition to seize possession of the area from its prior inhabitants.

The religious motivation for the war is indicated by the city's renaming; the name Baal belonged to a heathen deity, and the God of Israel ordered Joshua and the Israelites to destroy the memory of the Ba'al worship, according to the Bible.

However, the name change does not represent the city's conquerors' Yahwist religious allegiance; rather, it reflects prominent topographical features.

The Bible mentions at least one prophet of God who was born in this town. Uriah, the son of Shemaiah, was from Kiriath-Jearim and lived throughout Jeremiah's prophecy against Jerusalem.

Kiriath-Jearim descendants were among the Jewish exiles who returned to Judea with Zerubbabel. 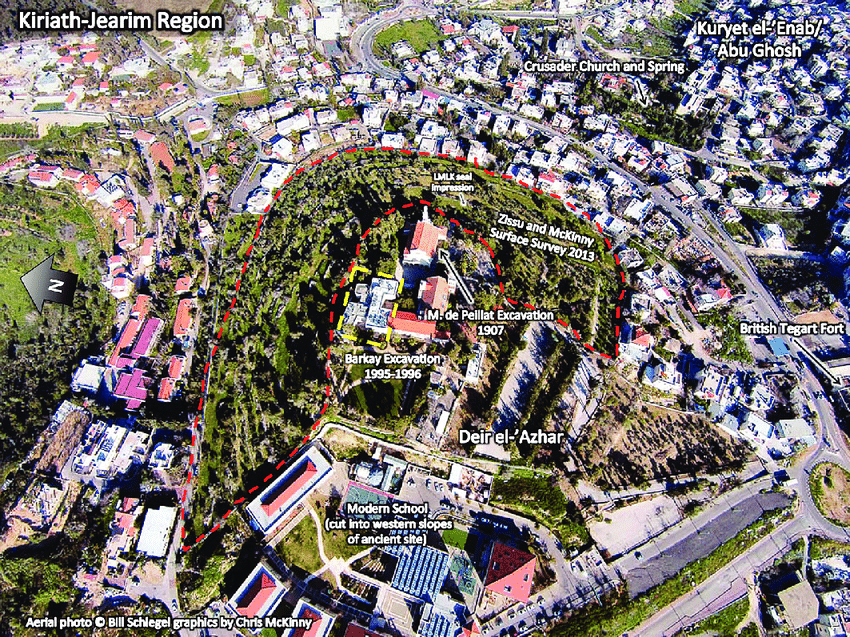 Aerial photo of the map of Kiriath-Jearim

The hill in the center is occupied by Kiriath Jearim. The Israeli Arab town of Abu Gosh is located behind it, while Moshav Yad HaShmonah is located on the hill to the right. Today's Highway 1 runs close to the site, as did an older highway.

When the Danites relocated from their coastal area to the north, they took this path. They camped at "Mahane Dan" near Kiriath Jearim.

Kiriath-Jearim is a dominating position in the Judean highlands, 12 kilometers west of Jerusalem. The Arabic name, Deir el-Azar, is most likely a reference to Eleazar, who was in charge of the ark of the covenant when it was carried to Kiriath-Jearim, according to 1 Samuel 7:1.

The association of Deir el-Azar with biblical Kiriath-Jearim is universally acknowledged. The mound is approximately 250 x 250m in size = 5 hectares, making it one of the largest Iron Age tells in the Highlands. Modern construction has not harmed it.

The site is mentioned numerous times in the Bible, including as a border town between the borders of the tribes of Judah and Benjamin, in the Ark Narrative, on the list of returns from exile, and elsewhere.

Most who drive by the hill today remember its recent history. The highway has the Hebrew name Shaar HaGai and the Arabic name Bab El Wad ("The Valley Gate").

During the conflict, Arab snipers' dominance of the route helped them shut off the Jewish supply line to Jerusalem and impose a siege similar to the one Jerusalem faced in ancient times. Convoy car skeletons littered over the route testify to the treacherous, almost impenetrable rise.

A gorgeous church dominates Kiriath Jearim now, providing a highway landmark. Our Lady of the Ark of the Covenant Church. 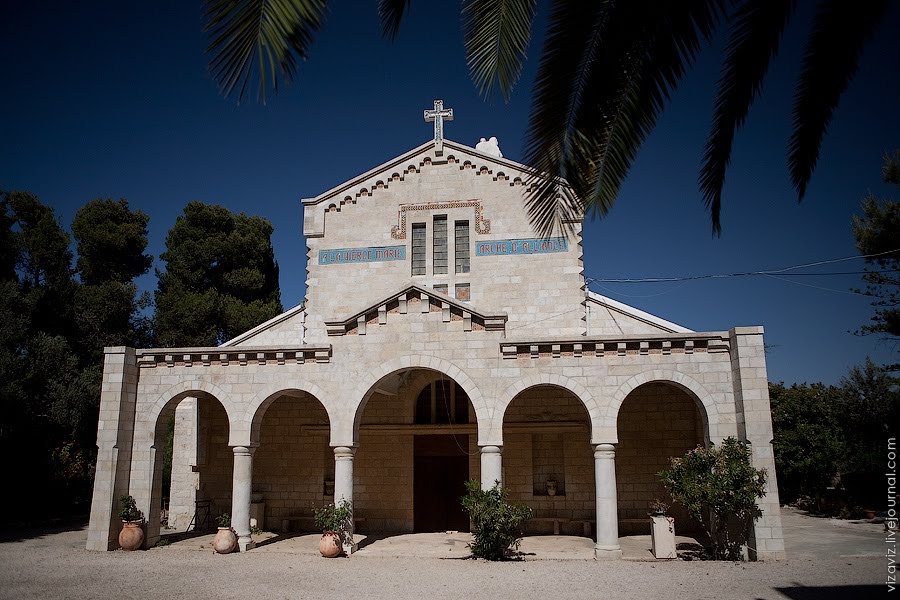 Lady of the Ark of the Covenant Church in Kiriath-Jearim

The church lies on the ruins of a fifth-century Byzantine church, which a farmer discovered by chance a century ago while cultivating "the hill"—where the house of Abinadab apparently lived.

A statue of Mary standing on the Ark of the Covenant stands atop the modern church. After seeing the monument, the church's name makes sense.

The community provides guests with an educational experience that includes biblical culture and horticulture characteristics such as a wheat field, threshing floor, grapevines, a watchtower, olive trees, an olive press, and winepresses.

Visitors can learn about ancient Israeli practices and visit replicas of Bedouin tents, a Galilean synagogue, and even a burial cave. A fantastic experience that should not be missed.

What Is Kiriath-Jearim In The Bible?

Kiriath-Jearim was characterized as a Hivite city with Gibeonites connections. It was an important landmark in determining the boundary between the tribes of Judah and Benjamin.

Where Is Kiriath-Jearim Today?

Kiriath-Jearim is a dominating position in the Judean highlands, 12 kilometers west of Jerusalem.

How Long Did The Ark Remain At Kiriath-Jearim?

Archaeologists are currently excavating the ancient town of Kiriath Jearim, where the Bible claims the ark was held for 20 years before being transported to Jerusalem.

Most people who drive past the hill today may recollect the area's more recent history. The route shows the wounds of Israel's War of Independence and is known as Shaar HaGai in Hebrew and Bab El Wad ("The Gate of the Valley") in Arabic. Today, a beautiful church tops Kiriath Jearim's hill and serves as a useful landmark from the passing highway. The church's name is self-explanatory: Our Lady of the Ark of the Covenant Church.