Holiday Airfares May Reach All-time Highs - As Per Recent Report 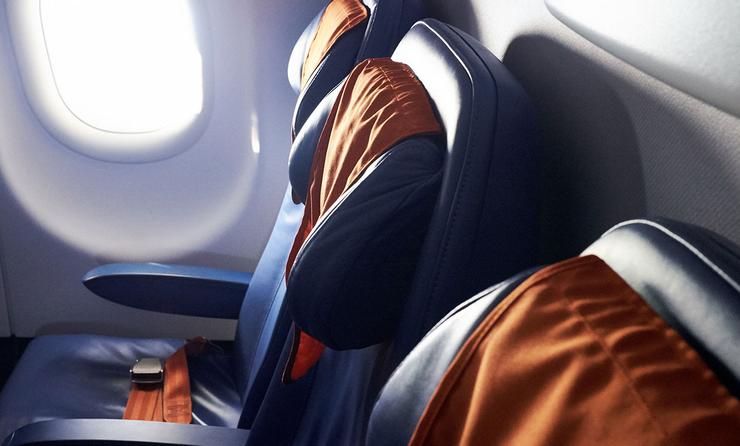 Recent reports say that holiday airfares may reach all-time highs. Since the spring and summer travel season came to an end with Labor Day Weekend, passengers who fly by plane have been hoping that airlines will be able to reduce the chaos that was so prevalent earlier this year during the upcoming winter season.

On the other hand, it would appear that one thing will not be lessened or mitigated because of the holidays, yes the airfares. According to NBC News, ticket prices for air travel could reach record highs.

While many people point to rising inflation across the country as the culprit for this, that is only one part of the equation. The age-old economic principle of supply and demand also plays a role in this conundrum to some extent.

The pent-up demand is present, as shown by the number of flyers that were distributed earlier this year, and it is not anticipated that it will diminish for the crucial period spanning Thanksgiving, Christmas, and New Year's. On the other hand, the supply is not.

Vacationers from all over the world are flying home to be with their families during this time. It is one of the busiest times of the year for travel, and the price of round-trip flights reflects the high demand during this time.

Those vacationers who have not yet purchased their airplane tickets will have better luck this year. The findings of a recent study conducted by the travel booking app Hopper, the middle of October is the best time to purchase tickets at prices that are more affordable before the prices begin to rise.

The findings of the study, the majority of travelers will wait until the last minute to book their flights, causing them to miss out on the best deals. Flights during the Christmas and Thanksgiving holidays are already more expensive than last year, but they are in line with the cost of tickets in 2019.

Plane tickets have been reduced in price since August, but airlines plan to raise them again after this week. The best time to book a holiday flight, according to Hopper, is between 10/10 and 10/20.

"This holiday season is shaping up to be an expensive one, with Christmas airfares higher than in the previous five years and Thanksgiving prices expected to peak well over $450 at the last minute," said Hopper in a statement. "Mid-October is the best time to get great holiday deals."

This week, Thanksgiving airfare is averaging $290 per ticket. This is a 24% increase over last season. However, according to Hopper, travelers can still find a great deal if they book within the next nine days. Christmas flights are more expensive, averaging $430 per ticket.

As the holidays approach, travelers can expect airfare to rise by $10 per day until mid-November. Following that, the average cost of holiday airfare could be $580 per ticket. Travel experts have already predicted that this holiday season will be one of the worst for US airports.

With Christmas and Thanksgiving being two of the busiest travel seasons, travelers should expect delays because airlines have been experiencing staffing issues all year.

Many major airlines have reduced their flight schedules in November and December as well. The advantage of booking your flights in mid-October is that many flights aren't fully booked yet.

Despite the fact that a few airlines are bringing in larger planes for routes with fewer flights, 60% of Americans plan to travel during both major winter holidays. To avoid missing out on a ticket entirely, travelers should book a flight within the next week.

Many factors contributed to this year's record-high flight prices. The holidays are no exception, and the cost of jet fuel, holiday travel demand, and limited flights will drive prices even higher.

Hotels and airfares reached record highs during the summer of 2022, but those prices have peaked, Sally French, a financial expert said. If you're planning your next vacation around a 2019 trip, understand that you'll almost certainly pay far more now for almost every expense.

Booking your holiday flights before October 20 is the most cost-effective option this late in the travel season.

Setting up alerts on travel apps such as Hopper is another excellent way to keep an eye on flight prices in the coming days in order to snag the best deals. Other ways to save money include changing your travel dates, using different airlines, and flying into different airports or destinations.