Where Is Dorset ? - Guide To The Greatest Places To Visit In 2022 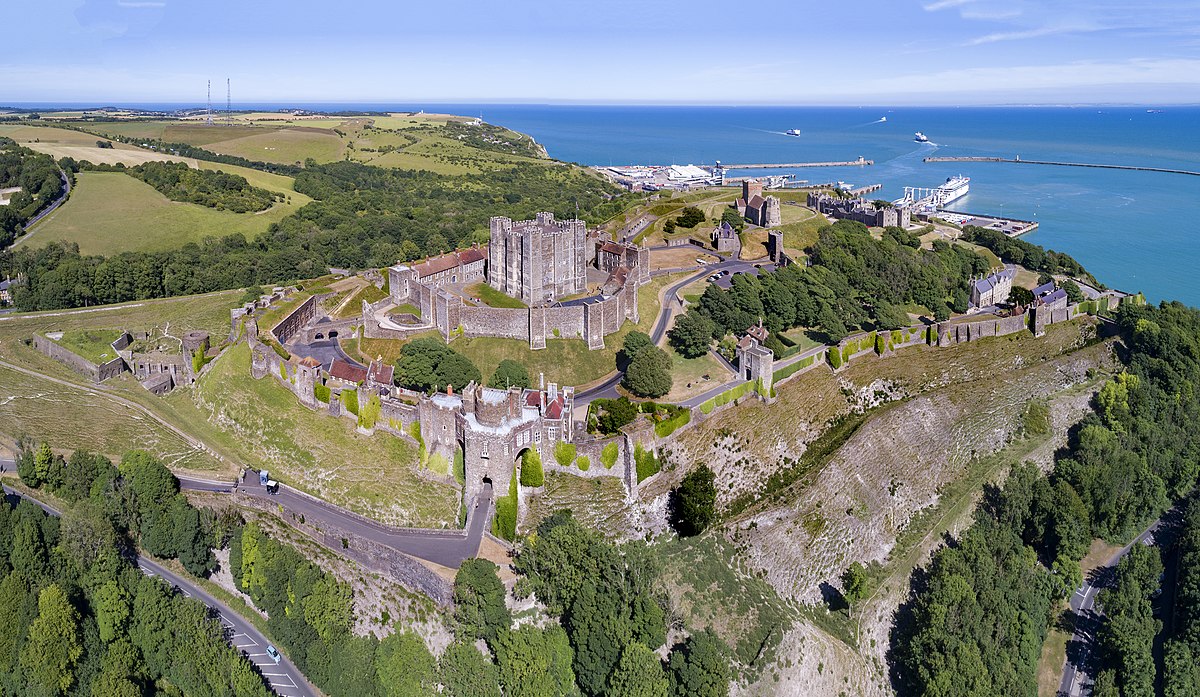 Dorset is a place of plenty: the coastline is one of the world's natural wonders; the county boasts some of Britain's most beautiful scenery; and there's an old 180-foot tall chalk figure of a man said to have magical abilities... plus the towns of Poole and Bournemouth, of course.

Dorset, on the other hand, retains the aura of a region waiting to be found. It's one of England's smallest counties, and its larger neighbors Devon, Somerset, Wiltshire, and Hampshire frequently overshadow it.

However, because of its lesser-known reputation, it is still possible to avoid the throng, and its protected southern location means more sun, less rain, and warmer average temperatures. So let us find together where is Dorset. 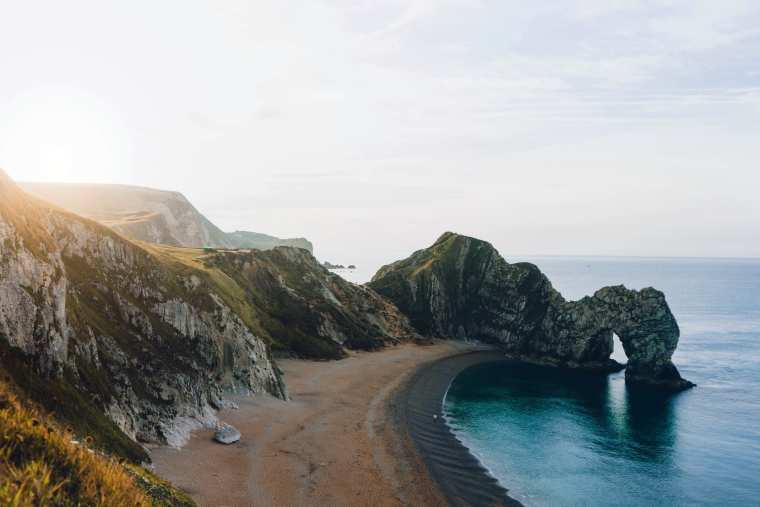 Explore the Jurassic Coast, which covers 95 miles through Dorset and East Devon and spans 185 million years of Earth's history - or approximately the age you feel after a meal with your in-laws.

You'll fall in love with the natural beauty of this region, which is recognized by UNESCO for its remarkable geology, and your kids will appreciate you for supplying them with a veritable treasure mine of Instagram material and TikTok backdrops.

For the win, don't forget to explain to your kids that the cliffs here are home to a plethora of fossils and rock formations that span millions of years of geological history.

Durdle Door, a natural limestone bridge over the sea that seems like it belongs in a Game of Thrones scene, is a must-see.

In an even more Game of Thrones-like story twist, it turns out that this geological gem is really part of the 12,000-acre estate of an ancient English aristocratic family descended from an Anglo-Saxon magnate named Eadric the Wild, despite being available to the public. That's it, Jon Snow.

Old Harry is another Jurassic Coast must-see that should be on your list of sites to see in Dorset.

The chalk formations rising from the sea, which are part of the Jurassic Coast World Heritage Site and administered by the National Trust, are often referred to as Old Harry's Rocks, however the term Old Harry refers to the solitary stack of chalk that is farthest out to sea.

There was another stack known as Old Harry's Wife until 1896, but she crumbled into the sea due to erosion, or so Old Harry wants us to think. 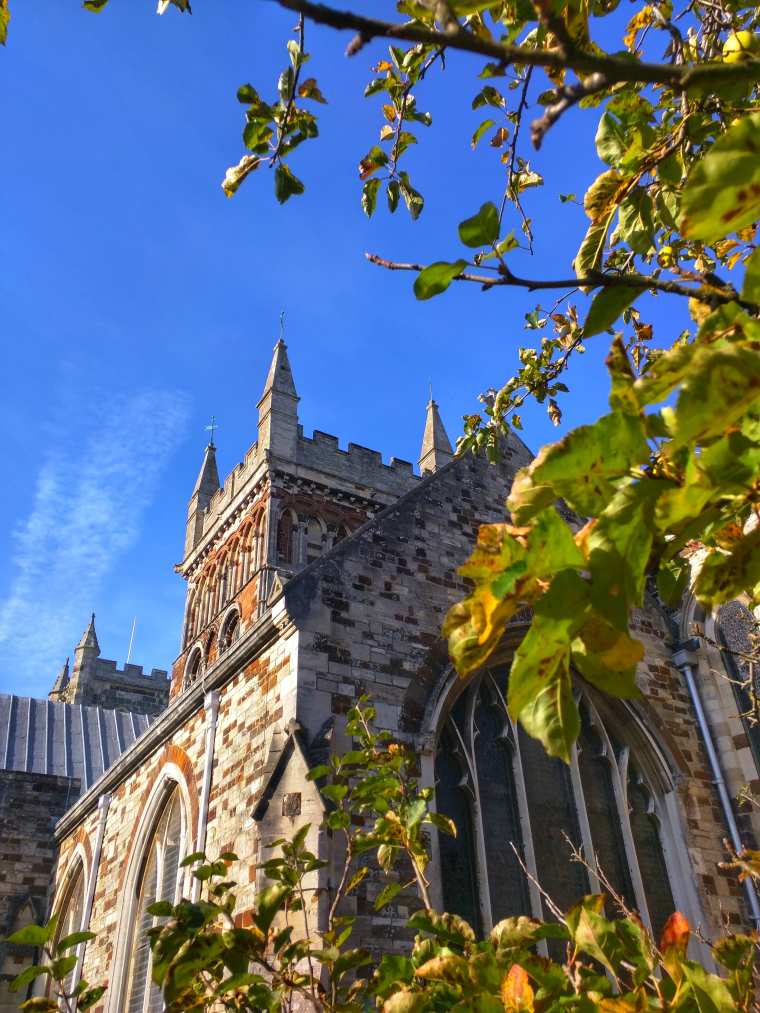 Consider visiting the huge Cranborne Chase for another dose of beautiful nature. This 380-square-mile area of outstanding natural beauty, which encompasses Wiltshire, Dorset, Hampshire, and Somerset, is classified as a national park.

From old woods to chalk hills, there's a wildly diversified environment to discover here. Learn bird calls with your mini-yous and create memories with a photograph fit for a Christmas card next year.

Wimborne Minster, a lovely market town on the banks of the rivers Stour and Allen, is packed with charm, fantastic pubs, and a fascinating history to discuss over a roast.

Visit the renowned Minster cathedral, the art deco theatre, and the local indoor market. The church houses a 1686 chained library, a remnant of the Middle Ages when books were so valuable that they were chained to the wall.

The oldest work, a book from 1343 detailing how to avoid spiritual traps (could be a nice one for your oldest if we're being honest), will appeal to history aficionados.

Travel east to Christchurch, which has a beautiful harbor, two castles, an 11th-century Priory Church, Saxon mill, medieval bridge, and the historic site of a civil war siege from 1645.

Lay back and relax on one of the area's six large beaches after you've had your fill of studying for the day (or if the sheer act of reading that list has already bored you).

Hire some of Britain's most costly beach huts in Mudeford for those who like their beach day to be a bit more posh.

North Dorset And The Blackmore Vale 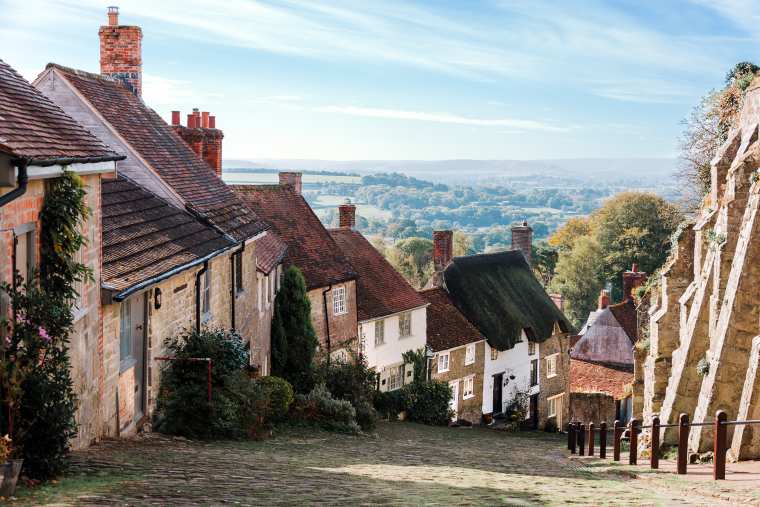 North Dorset and the Blackmore Vale

There are two things you must do if you're yearning that down-home vibe after too many years of commuting to the city.

Keep in mind that your employment is the sole reason you are able to have such a beautiful vacation in the first place (sorry, we know the truth hurts).

Make North Dorset and the Blackmore Vale one (or both) of your Dorset travel destinations.

Country taverns with wonderful cuisine draw you in with their comfortable appeal, while charming towns dot the unspoiled countryside.

Enjoy family hikes in the countryside in between meals if you can get the youngsters away from their phones.

Those phones, on the other hand, will come in useful if you happen across a field of bluebells.

Make a point of photographing Gold Hill, a steep cobblestone lane in the town of Shaftesbury that is regarded as one of England's most charming views.

Shaftesbury is one of a few local market towns worth visiting, as are Blandford and Sturminster Newton. Consider medieval landmarks, historic structures, and secret courtyards. 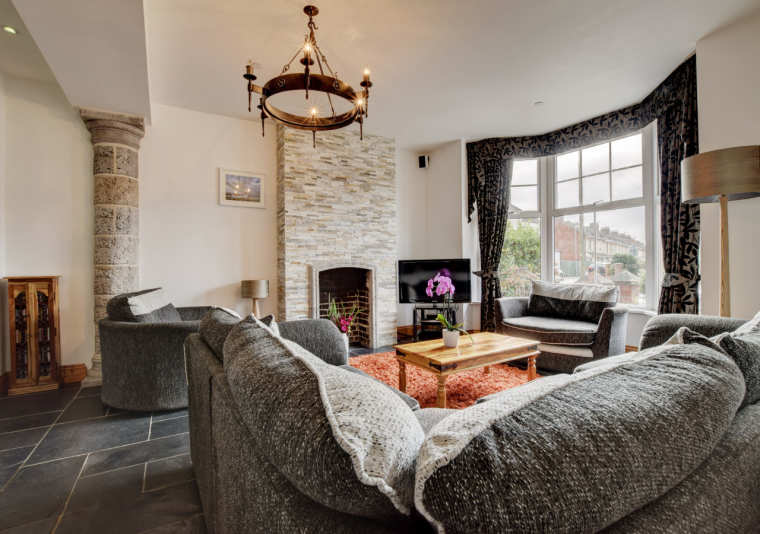 Portland is known for its Olympic sailing waters and adventure sports, giving it a more raw feel.

A lighthouse must be climbed, and castles must be explored. The vista of Chesil Beach and the Fleet Lagoon from the top of the island is undoubtedly the greatest picture opportunity in Dorset. 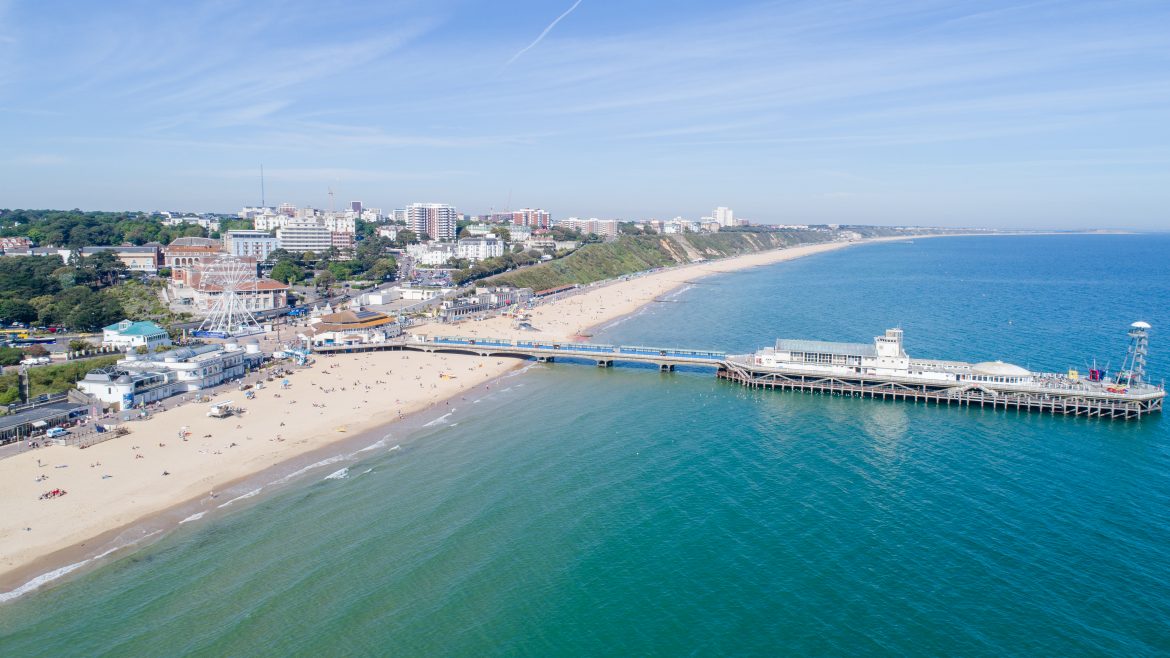 You may spend entire days on Bournemouth's seven-mile-long beach if you include it in your Dorset itinerary.

With fantastic restaurants, pubs, and shopping, this is the perfect dose of cosmopolitanism after a few days in the wilderness.

Poole, with its stunning harbour and award-winning beaches, is a short drive away, where you and your family may enjoy water sports or a fishing excursion.

England's Must Visit - Top 5 Must See in Dorset!

Where In The UK Is Dorset?

Dorset (/drst/; archaically: Dorsetshire) is a county on the English Channel coast of South West England.

The ceremonial county is made up of the unitary authorities of Bournemouth, Christchurch, and Poole, as well as the county of Dorset.

Which Part Of The Country Is Dorset?

Dorset is a southwestern England administrative, topographical, and historic county. It is surrounded on the south by the English Channel, and on the west by Devon, Hampshire, Somerset, and Wiltshire (both north). The county seat is Dorchester, a historic town in the south.

What Coast Is Dorset On?

How Do You Get To Dorset From England?

Bournemouth, Southampton (in Hampshire), Exeter (in Devon), and Bristol are the major airports in Dorset. All are within 90 minutes of one another.

You may take a connecting rail or bus from London Gatwick or London Heathrow airports, or drive for around 2-3 hours.

The White Cliffs Of Europe

Dorset's moderate climate and rich land create some of the best local vegetables, which, when combined with fresh seafood, makes for a winning mix of delicious cuisine and drink.

Our local food attracts in star chefs such as Gordon Ramsay, Lesley Waters and Hugh Fearnley-Whittingstall. Dare to tempt your taste senses with a Dorset Naga, one of the world's hottest chillis.