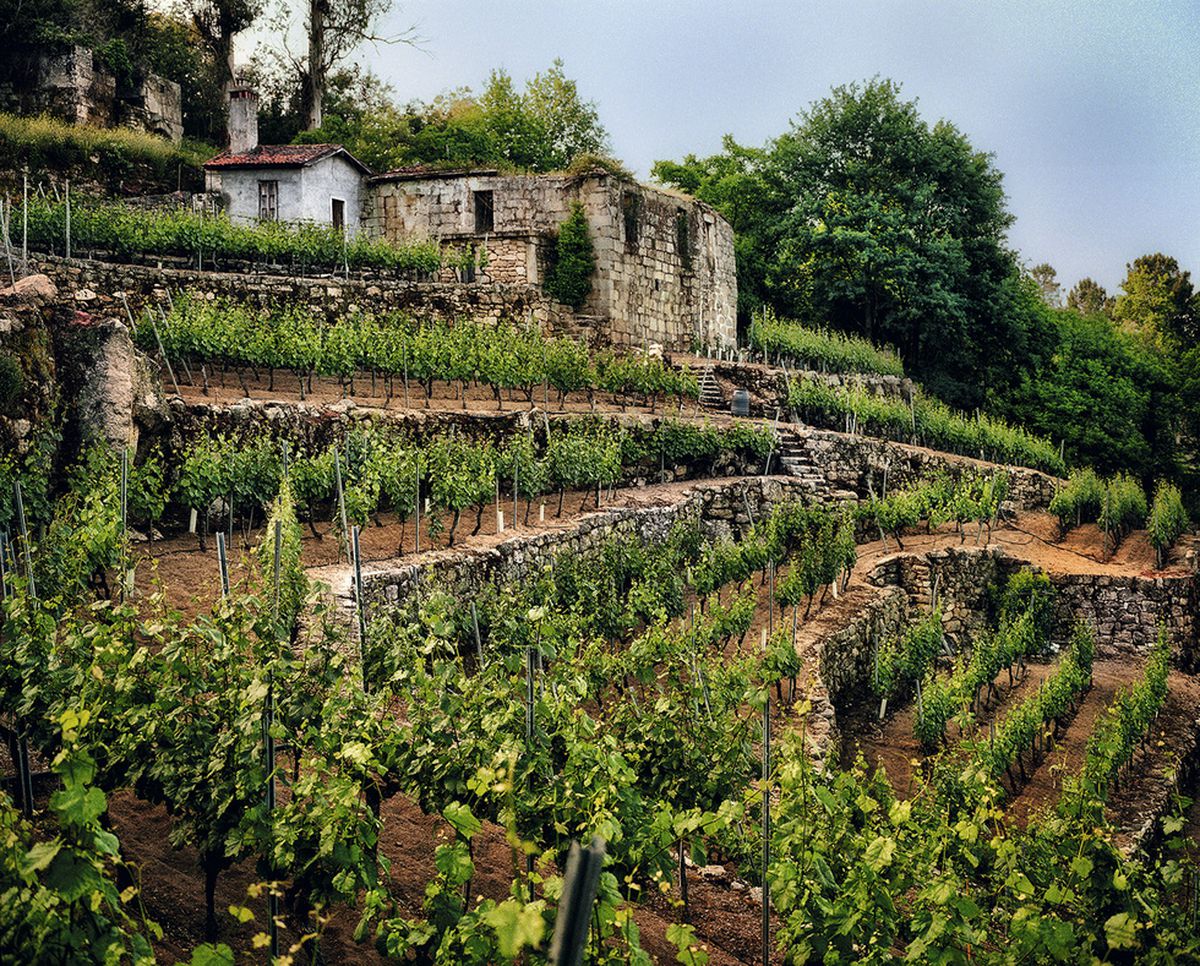 Known as Mourvèdre in Southern France, Monastrell wine is a strong, smokey red wine from Central Spain. It's a household name in the wine world.

Dry red wine is made by turning all of the grape sugar to alcohol during fermentation, whereas sweet wines still contain residual sugar. Semi-dry and off-dry wines have a modest sweetness to them.

If you haven't found the best sweet red wine yet, consider Monastrell, a wine created from Mourvèdre grapes.

Outside of Spain, the name Mourvèdre is most usually used to refer to the red wine grape type known as Monastrell.

Monastrell is the Spanish name for this grape variety, which has a thick skin and small fruit. On the other hand, it is commonly believed that the coastal Spanish villages of Murviedro provided the inspiration for the name Mourvèdre.

Monastrell thrives in warm environments that have extended growing seasons. It does particularly well in the hot, arid parts of Spain, where it produces wines that are densely colored, rich in tannins, and flavored with black fruits.

Monastrell is a versatile grape that can be made into single varietal wines as well as blended wines. It is an essential component in the Grenache, Syrah, and Mourvèdre (GSM) mix. It is among the varieties of red wine grapes that are grown in Spain in the greatest quantity.

There are many different styles of Monastrell wine because the grape is grown in so many different places across the world, including France, the Balearic Islands, California, Washington, Australia, and South Africa. Some of these places also manufacture the wine.

Mourvedre (also known as Monastrell) is a full-bodied, rustic wine from Spain.

According to legend, it was carried here by seafaring Phoenicians as early as 500 B.C. Mourvedre, although appears esoteric, is frequently used as a blending grape in popular wines such as Châteauneuf du Pape.

It's one of the Rhône's most important grapes, along with Grenache and Syrah. Most wine historians agree that Mourvèdre is most likely of Spanish origin, while its exact origins are unknown.

Despite its close link with Murviedro and Mataró, the grape became known throughout Spain as Monastrell for reasons unclear, however Oz Clarke speculates that a "neutral" name was chosen to avoid offending the local pride of both regions.

Mourvèdre was well-established in the Roussillon region of France by the 16th century, when it was still part of Spain (until 1659), and extended eastwards towards Provence and the Rhone.

It had a stronghold there until the phylloxera pandemic of the mid to late nineteenth century destroyed crops.

While the French and other European wine regions were recovering from the phylloxera scourge by grafting Vitis vinifera types on American rootstock, it was discovered that Mourvèdre vines did not respond well to the grafting, and many vineyards were replanted with other varieties.

Mourvèdre came to California as part of the Pellier collection in the 1860s. The Mataro varietal was largely used for mass made jug wines.

Mourvèdre became popular as a premium grape variety in the 1980s and 1990s, when the Rhone Rangers began looking for old-vine plantings of the variety in Contra Costa County's eastern region.

Critically acclaimed bottlings from Bonny Doon Vineyard and Cline Cellars Winery boosted demand for the variety in the 1990s, and by the mid-2000s, plantings of Mourvèdre in California had increased to 260 ha (650 acres).

The variety (known as Mataro in Australia) has a lengthy history in the country, with plantings dating back to the mid-nineteenth century. Many of these old vine plantings were uprooted in the 1980s as part of a government-sponsored vine pulling program, but some still live and produce today.

Mourvèdre is known as Monastrell in Spain, and it was the fourth most extensively planted red wine grape variety in 2015, with 43,049 hectares (106,380 acres).

Its numbers, like many other Spanish types, have been dropping in recent years (in 1996, around 100,000 ha/250,000 vines were planted in Spain), as growers rip up older plantings and replant them with popular foreign varieties such as Cabernet Sauvignon and Chardonnay.

However, the type is still commonly planted in various Spanish wine regions surrounding Murcia and the Valencian Community in eastern Spain. Monastrell is one of the principal red wine grape varieties in the DOPs of Jumilla, Yecla, Valencia, Almansa, and Alicante, according to Spanish wine regulations.

Binissalem-Mallorca and Pla I Llevant in the Balearic Islands, Bullas, Catalunya, Cariena, Costers del Segre, Manchuela, Penedès, and Ribera del Guadiana are other Spanish DOPs where Monastrell is permitted. Monastrell is permissible in Cava sparkling wine, but it is rarely used.

Mourvèdre does not grow much further north in France than the Châteauneuf-du-Pape AOC in the southern Rhône, and even there it struggles to ripen in milder vintages.

It ripens most regularly in the warmer Provençal region of Bandol AOC along the Mediterranean coast, where the growing season is frequently 5 degrees Celsius longer.

While plantings in Spain have declined, they have increased in France, particularly in the Languedoc-Roussillon region, where the grape variety has grown in popularity as both a varietal wine and a blending component.

Following the late-nineteenth-century phylloxera epidemic, and with waning interest in the variety for the majority of the twentieth century, there were less than 900 ha in 1968, predominantly in the southern Rhône and the Bandol AOC of Provence.

However, because of increased interest and international investment in the Languedoc, planting increased dramatically, and by 2000, there were approximately 7,600 acres of Mourvèdre planted throughout Southern France.

Monastrell's name implies that monks may have cultivated and disseminated the plant.

Mourvèdre (Monastrell in Spain, Mataro in Australia and California) is a black-skinned grape variety that has been planted in vineyards all over the western Mediterranean for millennia.

It is believed to have originated in Spain, although it is now widely grown throughout the Iberian Peninsula, southern France, California, and South Australia.

The grape variety prefers warm, dry climes and has small, thick-skinned berries, which are ideal for producing wines with strong color and high tannin levels. Indeed, it is the grape's mouth-drying tannins that earned it the French epithet Étrangle-Chien (the dog strangler).

Except for a few sites with espaliered, irrigated vines, most Monastrell producing vineyards are not watered and vines are grown in the traditional vase shape. The disease resistance of the well-aired stocks is moderate, and their late budding shoots protect against spring frost damage.

The medium-sized, compact bunches yield small berries that ripen late and have a high sugar content when harvested, allowing for a volume of 13 to 14.5º.

Blackberry, black pepper, tobacco, chocolate, and roasted meat are the predominant flavors that come to mind when thinking of this robust and smoky red wine that can be found in abundance in Central Spain and Southern France.

What Is Monastrell Wine Similar To?

Spanish Monastrell (Mourvèdre) is an excellent substitute for Syrah. It has high tannins and acidity, comparable to Syrah, but with more dark red berry fruit.

What Food Goes With Monastrell Wine?

Monastrell is huge, medium to full-bodied, and tannin-rich, so it goes well with almost any substantial and meaty cuisine, from hamburgers and pizza to short ribs, veal, hog, lamb, sausage, game, and other meats, particularly grilled meats.

Is Monastrell The Same As Tempranillo?

Both Monastrell and Tempranillo produce strong, structured wines that compliment each other well. The fresh flavor of Tempranillo balances out the thick structure and tannic character of Monastrell. The resulting wines are weighty and luscious, with dark fruit flavors and hints of tobacco and chocolate.

Monastrell thrives in hot climes with extended growing seasons, particularly in hot, dry locations, producing vividly colored wines with high tannin levels and notes of black fruit, spices, and leather. Monastrell is used in both blends and single varietals, and while it has not achieved the iconic status of Tempranillo, it is the fourth most widely planted red wine grape variety in Spain.