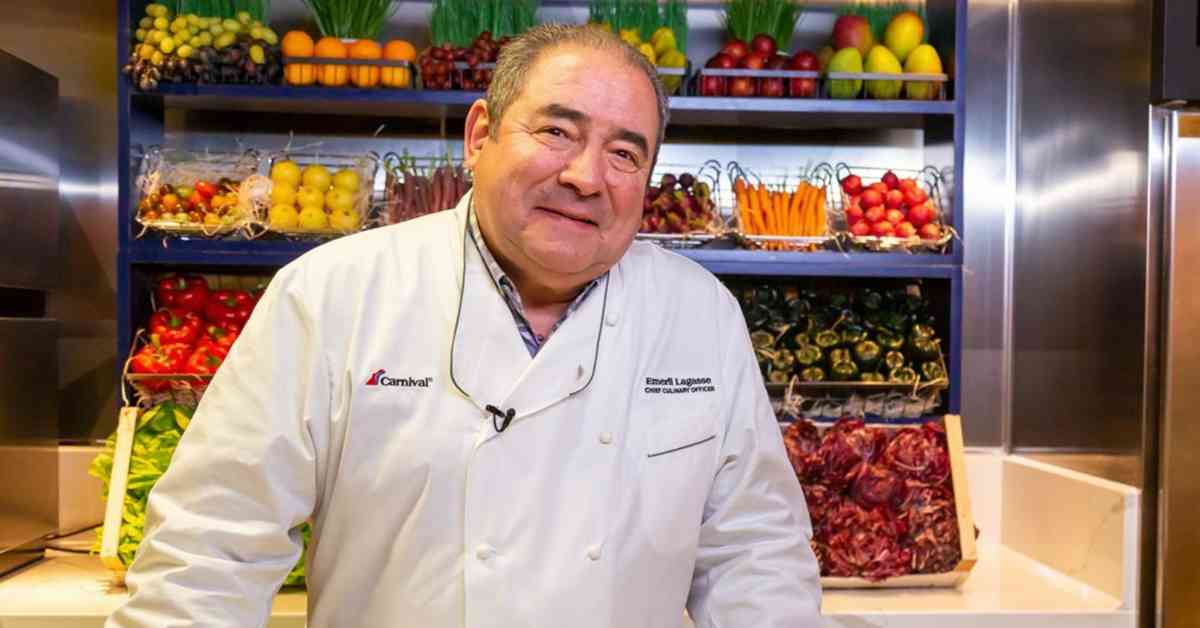 This promotion comes as a result of a previous partnership between the two companies, which resulted in the establishment of the restaurant concept Emeril's Bistro onboard the Mardi Gras and Carnival Celebration, and it will also be available on the Carnival Jubilee.

The recipient of the James Beard Award will guide the development of new food and dining concepts and menus for Carnival, including the introduction of a new section on the menu titled "Emeril recommends" entrees.

Food is key to the fun of a Carnival cruise. Emeril's restaurants on our two new ships have been a great addition to our dining offerings and guests rave about the food, which will also be on Carnival Jubilee come next December. With Emeril's culinary expertise and broader profile on our ships, along with our wildly popular partnership with Food Network star Guy Fieri, Carnival will feature two iconic talents in the food and dining industry across our fleet.

Lagasse and Christine Duffy will appear in New York City together to commemorate the partnership and the cruise line's sponsorship of Times Square's famous New Year's Eve ball drop. On Saturday, December 31, 2022, they will turn off the countdown clock together.

I've been creating and operating restaurants for many years but developing my restaurants with Carnival and learning about the cruise industry has been an exhilarating experience. I love Carnival's focus on food and fun and the many great dining options they offer their guests. I'm looking forward to building on our success at sea with Carnival's exceptional culinary team.

He has appeared on numerous cooking TV shows, including the long-running Food Network shows Emeril Live and Essence of Emeril, and is known for several catchphrases, such as "Kick it up a notch!" and "Bam!" Lagasse's media, product, and restaurant portfolio generates an estimated $150 million in revenue per year.

In 1979, Lagasse became Executive Chef at the Dunfey's Hyannis Resort after graduating from the culinary school JWU. In 1983, he was nominated for Chef of the Year.

He oversaw the kitchen for seven and a half years before departing to open his own restaurant.

He opened Emeril's in New Orleans in 1990. That year, Esquire magazine named it "Restaurant of the Year," and it has received the Wine Spectator Grand Award since 1999. Many of his restaurants and corporate headquarters, Emeril's Homebase, are in New Orleans.

Lagasse contributed several recipes to the meal selection aboard the International Space Station in August 2006, as part of a larger NASA effort to improve the quality of astronaut food supply. Lagasse's cuisine was chosen in the hopes that the spicier fare would compensate for the reported tendency of microgravity to deaden flavors.

Lagasse is the owner and executive chef of eleven restaurants in New Orleans, Las Vegas, and Orlando. Lagasse became a judge on Bravo's Top Chef in 2009. In 2011, he was a guest judge on Top Chef: Texas season 9, and he returned to the judges' table for seasons 10 and 11 in Seattle and New Orleans, respectively.

During season 11 of Top Chef: New Orleans, Emeril's Restaurant was the featured location, and the winning dish from the episode was featured on the restaurant's menu.

On an episode of Iron Chef America that aired on January 2, 2010, Lagasse teamed up with fellow Food Network personality Mario Batali in a tag battle against Bobby Flay and White House executive chef Cristeta Comerford.

Lagasse was the "Menu Master" of TNT's On the Menu cooking competition show, which aired for one season in 2014. Ty Pennington hosted the show.

Emeril now hosts the Amazon Prime Video show Eat the World with Emeril Lagasse, which is produced by Ugly Brother Studios. On September 9, 2016, the first season was made available for streaming. The show received a Daytime Emmy Award in 2017 for Outstanding Culinary Program as well as Single-Camera Editing.